Cos you know you would have... 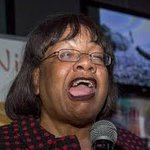 Mmmmmmmmmm good question mate, now I’d be telling porkies to say I wouldn’t in the first picture, but honestly I ain’t had worse than the second one ??
L

Telling porkies????? - looks like someone has been eating the porkies

I know what happened, so i'll tell you.

He did to her what he plans to do to the country ??
L

Poor lass aint even a 2 oclock bird is she ?
J

I don't think it was the sleeping bit that did the damage ! lol

It’s what one of my labourers would call a Double Bagger ?

Wise Owl said:
It’s what one of my labourers would call a Double Bagger ?
Click to expand...

Or a BOBFOC, or a Kronenburg .

The words "fugly biffer" spring to mind... a fit 'un in her yoof tho'
In the second pic she looks like a donkey yawning

She fell out of the ugly tree and hit every branch on the way down.

Bulldog chewing a wasp, fire damaged Lego, kangarillapig, hippoguineafrog, looks like her face caught alight and someone put it out with a shovel................
B

TrickyD said:
She fell out of the ugly tree and hit every branch on the way down.
Click to expand...

I think she climbed back up and fell down again

biggsy said:
I think she climbed back up and fell down again
Click to expand...

I think it fell on her as she looked for the money growing on it!

No when she fell out of the ugly tree every branch moved out of the way saying you can't improve on perfection.

Holiday in Scotland here we go and I bequeath all my fishing tackle to.....
2 3

What will You do ?