Well that was a surprise.

I've just recently joined a club based in the village to give me access to a lake formed from an old brick pit in the centre of the village. It contains all of the usual suspects but nevertheless most everyone fishes for the Carp contained therein. I went there this morning arriving circa 06.45. As per my usual I used float tactics, size 14 with double red maggots. That'll give me an idea what to expect. Five minutes in and the float quietly slipped along for a few inches and slowly submerged. "Aha" I thought, "that looks a bit Breamy". I lifted into something that I decided was either a big Bream or a smallish Carp as everything went solid before the familiar thump-thump-thump as it swam purposefully off before making a few powerful but short runs. "Ooh, this feels like a reasonable Tench" I thought. I eventually persuaded it within netting range and then I saw it........
What turned out to be a fat beefy Pike of about six pounds beautifully lip hooked in the lower jaw just short of the scissors. Good 'eavens!
I went on to get a couple of skimmers four luvverly Tench and a few little Roach and Perch.
It were bruddy cold though!

Love a water that’s like a bran tub lucky dip - hope you have loads of fun fishing it.

I'm back on it this morning this time using corn. Two nice Bream, one hooked and lost - either a Carp thing or a big(ish) Tench and a cracking Tench of exactly 5lb on my non-certified scales. I thought it was a Carp until I got it in under the rod tip. Gone a bit quiet now. 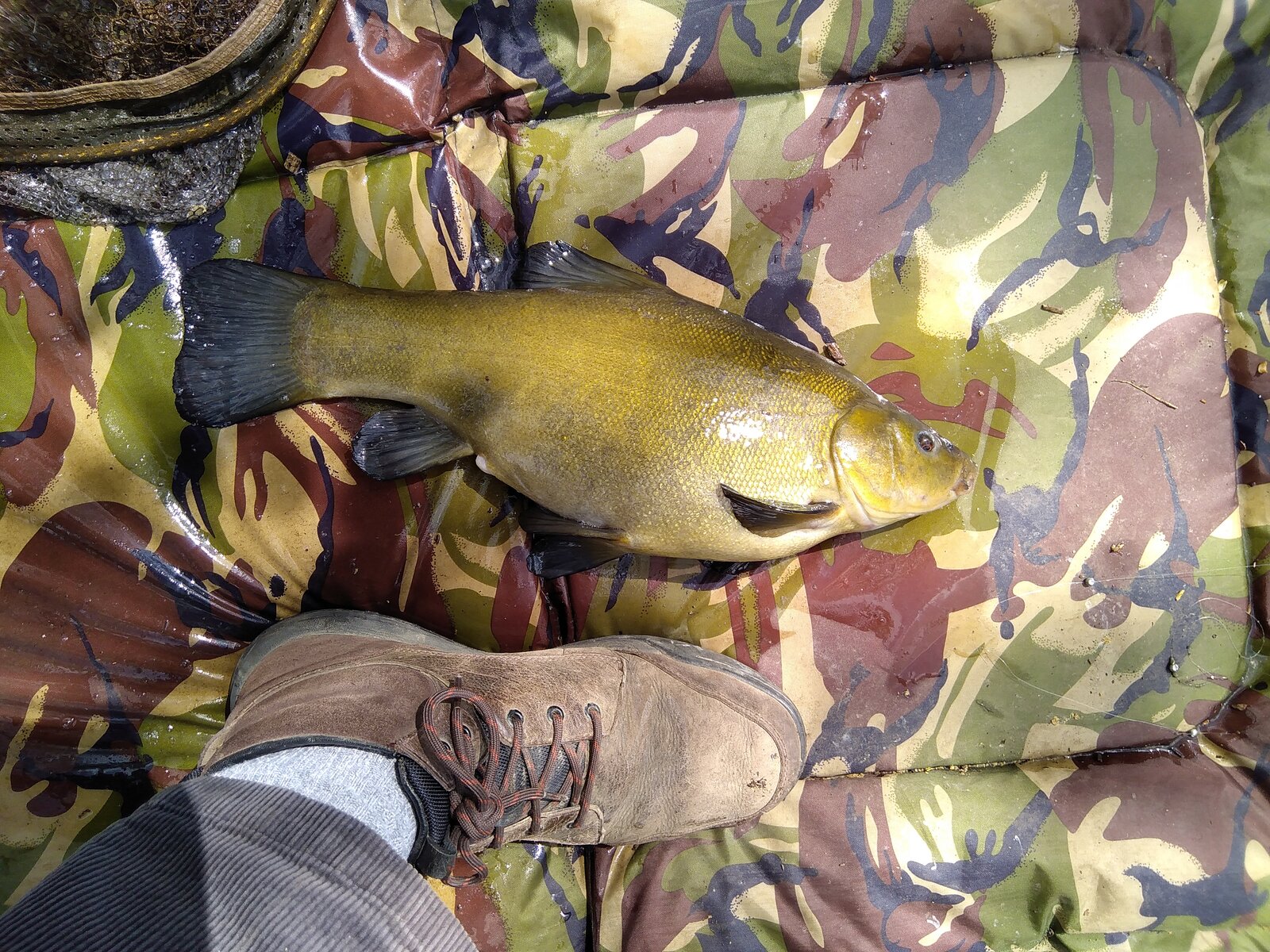 one of several. This one three and a half pound.

Well That Was A Surprise!
2

Talking through a coaching session