Well and truly whooped by wind and rain

Well after a couple days of glorious weather to start the river season my season started today in quite the opposite with stronger northerlies and frequent showers forecast but just had to give it a go somewhere. Normally I base my decision on which stretch to fish off where the wind will be either upstream or off my back but such options for northerly around here mean long walks and no shelter which with the rain forecast didn’t seem a good idea so I gambled on the relatively short walk of sandford opposite the meadows instead partially because I wanted to try one of the new swims. Early morning it was quite warm out, fairly calm and dry so I was hoping the weather wouldn’t be as bad as forecast but how wrong was I as it ended up nearly unfishable!

Had a bit of a wander around to choose a swim to start with so ended up starting about 15 minutes later than planned at 8.45 on stick and maggot. That went as bad as it could have with 15 minutes of missed bleaked bites so I switched to hemp on waggler even though it’s a couple weeks too early for to do much and as expected little happened so switched back to maggot. Half a dozen bleak later in the now picking up wind I went back to hemp and waggler at 9.30 and over the next couple hours did pick up a few fish nothing like the pace I would expect to in a couple weeks time but not bad for june in very tough conditions. By 11.45 I’d had a dozen roach, a couple chublet and half dozen bleak which whilst only the equivalent of like an hours worth on a good day in day from say July until October it was actually quite a promising sign as was the wind not making it so difficult I’m pretty sure I could have doubled the number of roach as presentation was near impossible and I was missing loads of bites. At that point the rain having just been drizzle up until that point really started coming down adding serious discomfort to the near impossible fishing wind conditions so it was a case of either move or go home. So as it was so early a move to the neighbouring swim was made as being a bit of a parrot cage it kept most the wind and rain out although because of that it also rendered float fishing with long rods nearly impossible so it was over to the feeder. Resumed fishing about 12.25 then until finally giving up at 2.45 repeatedly had bleak strip the hook save for one cast when I had a chublet so all in all a bit of a disastrous session! The weather was so frustrating as whilst I’m sure I’d never have got like 60-90 roach like I would expect on a good day from next month when hemp properly starts working I reckon I’d have managed 40 odd today were it not for the wind which would be pretty decent for so early in the season even if they were on average smaller than they’d normally be from next month. Suppose I might have got close to that if I’d stuck it out in the first swim anyway but I’d have drowned and frozen!

Not much point going through the tackle and bait today likely I usually would save for saying everything worth catching came to hemp on waggled save for the feeder chublet on maggot with both swims being about 7ft deep at float range and maybe 8ft at feeder range. Almost a waste of bait and hooks today but can’t do much about the weather I guess.

My grandad was with me again and took one look at the wind direction and went on the feeder. That started quite well for him with a mix of roach, silver bream and chublet up until 10 when he just started getting stripped by bleak for the rest of the time in that swim. Then in the second swim he had the same bleak issue but did manage a couple perch so on balance whilst he caught about the same amount as me I’d say he had a better day as it took less effort!

All in all no hiding from it being a rubbish session but the weather just made it near impossible unless you’re some kind of magician that can trot in a downstream breeze whilst getting soaked! Can’t believe how bad the weather was after being sat outside a pub in a t shirt at 10 last night! But whilst a bit small at times and very tentative compared to usual it was promising to see roach taking hemp so early in the season so it bodes well for it to be as good as the last couple seasons on it come July. The first swim was nice as well so definitely up for revisiting it in better conditions. Was also for the first hour a half before the weather got really nasty a treat just to be back on the rivers again so can’t wait to try get as much river fishing in this season as I did last the couple seasons. Still thinking first week of July is the realistic earliest I can expect a good session but I’ll definitely be out next weekend as well and tbh will probably have a few hours somewhere tomorrow morning before Father’s Day duties as feeling a bit unfulfilled after todays session! Hopefully this will be my worst report until at least the winter. Tbh my only real stinker on the Thames last season before it got cold was the opening session then it was mostly great til it got cold so fingers crossed for a repeat this season.

Pic of the first swim early doors before it got nasty and a roach from it and pic of the second swim in a brief break from the rain and the chublet from it. 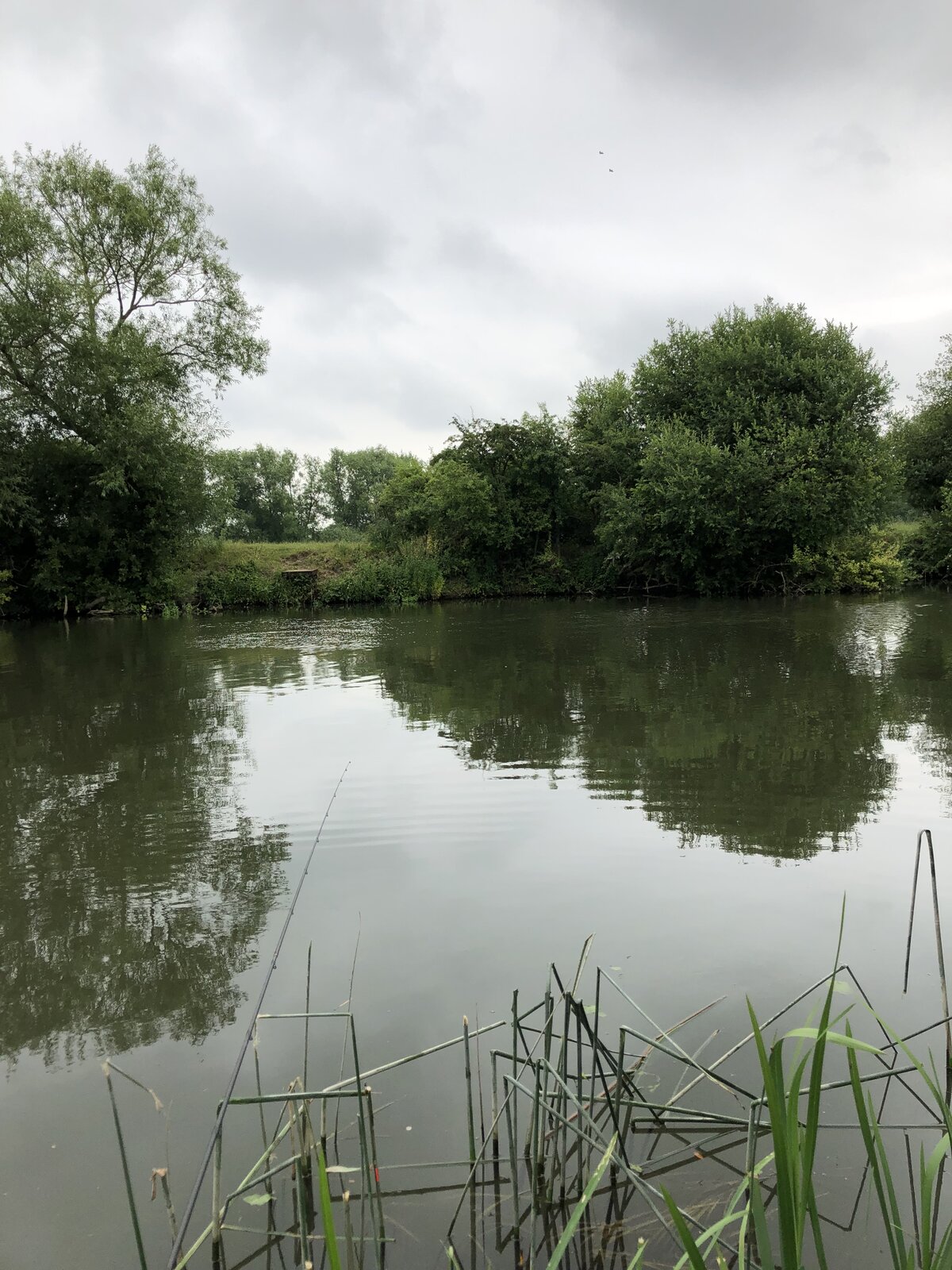 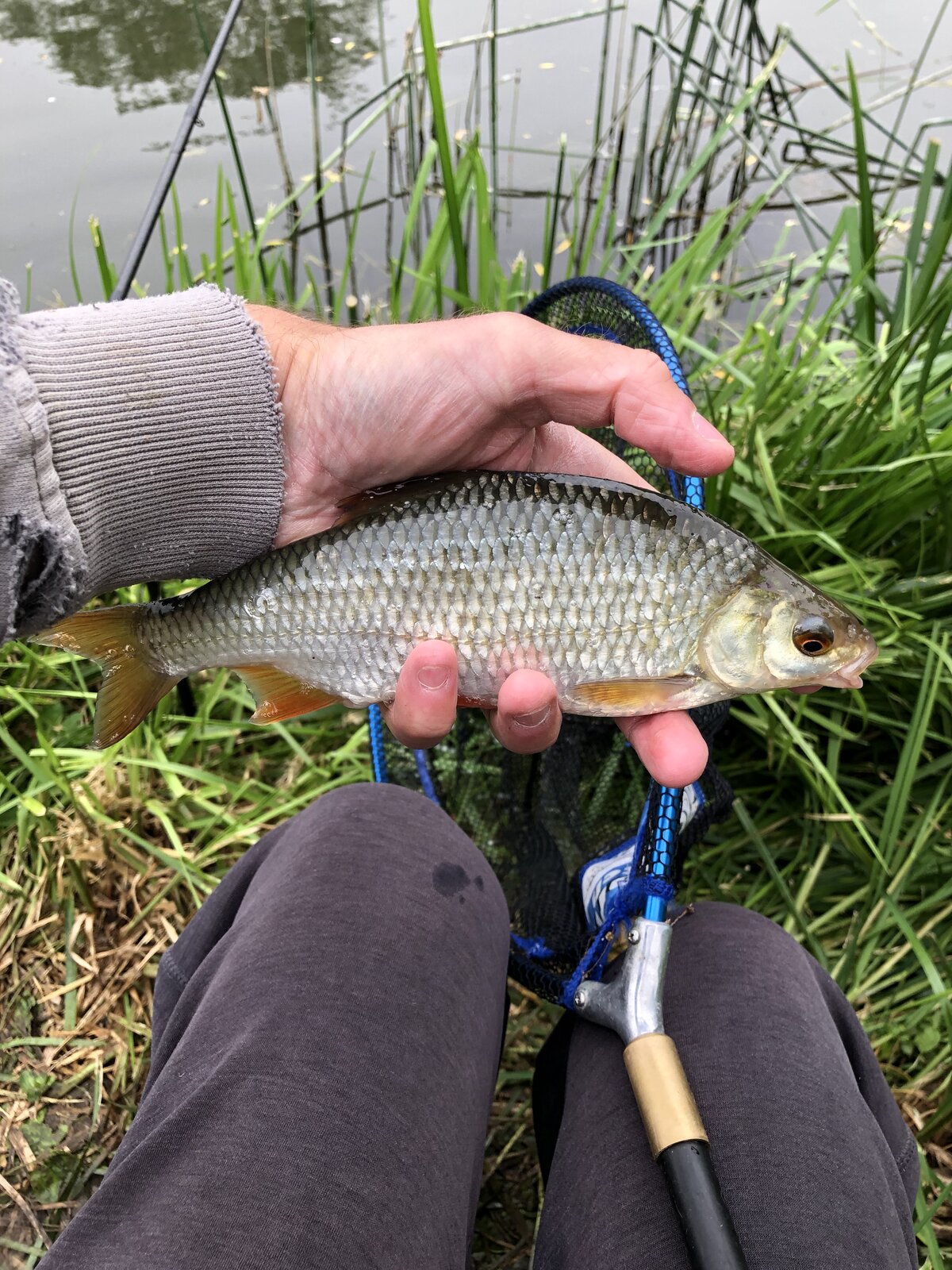 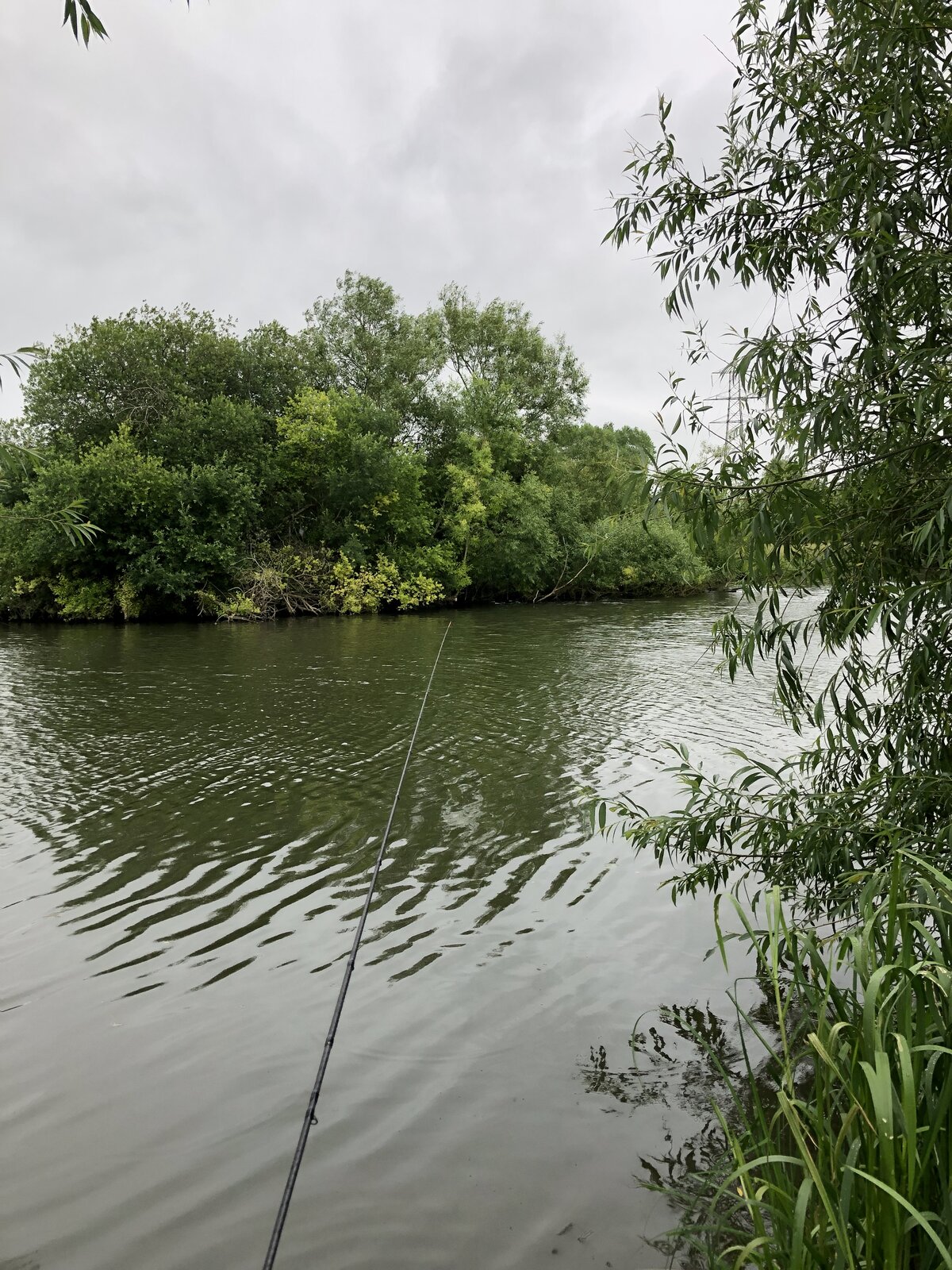 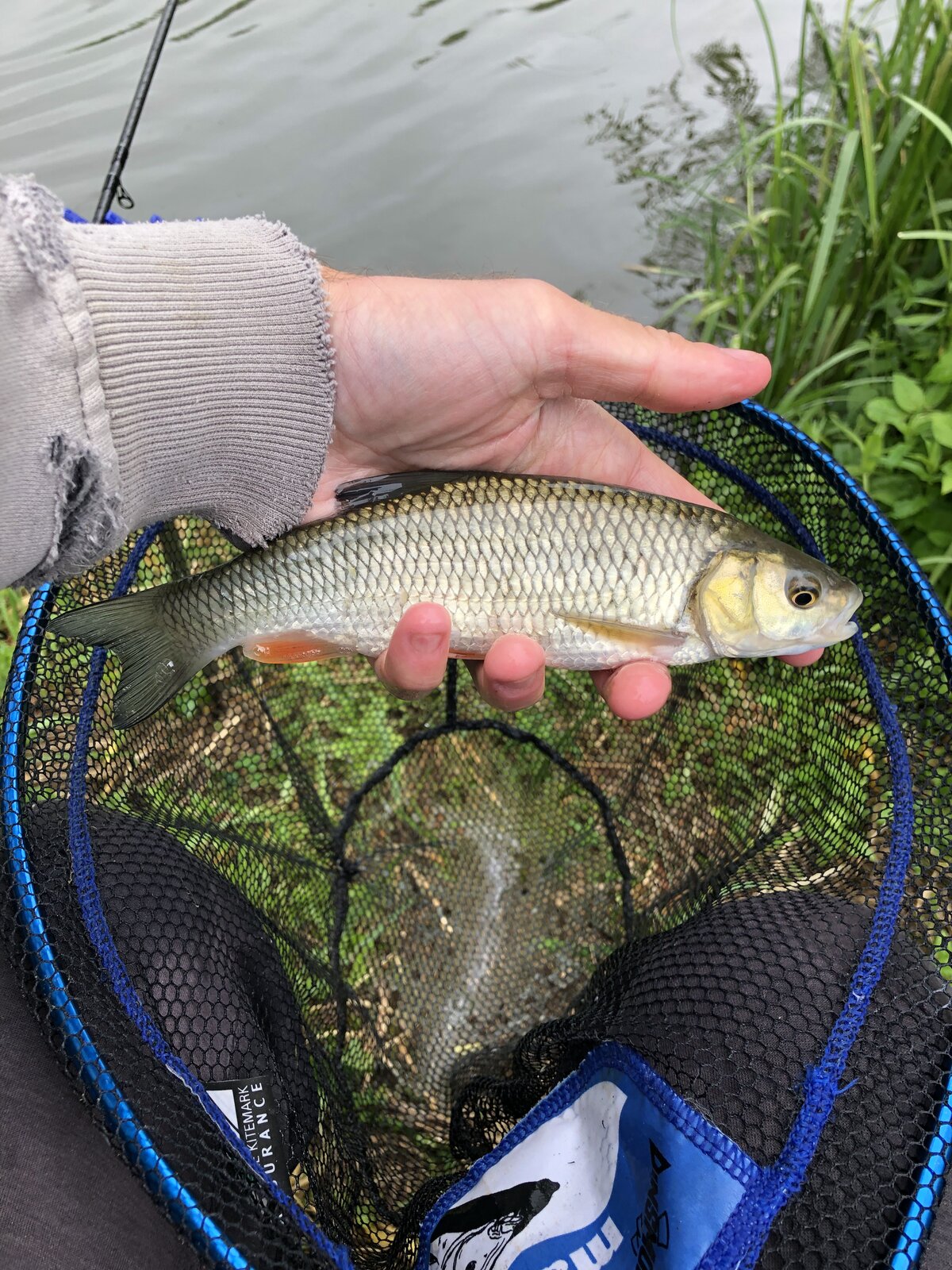 The weather has been mad today given yesterday here too, unlucky mate but tight lines for the rest of season.

Zerkalo said:
The weather has been mad today given yesterday here too, unlucky mate but tight lines for the rest of season.
Click to expand...

Yeah crazy how overnight the temperature near halved and wind did a 180. Wouldn’t have bothered with such conditions normally but knew I couldnt really fish more than the morning tomorrow so had to get out today as well having been off rivers for 3 months!

I know what you mean about feeling unfulfilled, I’m the same after today and now want to fish again tomorrow morning. There’s better weather to come so plenty to look forward to.

Good on you for getting out there. Weather was all over the place today, you did well considering.

Shame the weather mucked you up but hope you get a fair day soon.

tincatim said:
I know what you mean about feeling unfulfilled, I’m the same after today and now want to fish again tomorrow morning. There’s better weather to come so plenty to look forward to.
Click to expand...

qtaran111 said:
Good on you for getting out there. Weather was all over the place today, you did well considering.
Click to expand...

OldTaff said:
Shame the weather mucked you up but hope you get a fair day soon.
Click to expand...

Was proper frustrating as whilst it was never going to be a particularly good day this early in the season I did feel there were enough feeding fish in the first peg to have put a decent bag together by first week standards just couldn’t present a bait to them properly and missed half the bites I did get. Looks better weather to come now though so I’ll just chalk this one up as experience!

Absolutely belting it down tonight so at least it’ll do the river some good
Last edited: Jun 18, 2022

Didn’t fish a proper session in the end today think not sleeping properly in the sweat box that was Friday night finally caught up with me as woke up knackered and then the nail in the coffin was seeing the wind howling again. Did have about 3 outs out messing about on my boat at Northmoor though for a few decent chublets and the odd Dace amongst loads of bleak. Freezing cold strong wind again but at least not as inhibitive this time as that stretch is facing the right way so regret not having a proper session really but nevermind.