Fritz said:
My main message is to be cautious of Russia.
One reason is the experience we Germans have had during WWII and the other reason is that they are so far only using a part of their forces yet. This can invite to the illusion that they are weak.

If they escalate it will get even more catastrophic.

I know that you @Lee Richards are thinking I am telling only bullshit and I hope you are right about this, but I prefer to stay cautious of Russia at least for now.
Click to expand...

I think caution is the least that should be expressed when dealing with an aggressive and deceitful narcissist who sits on enough nuclear warheads to destroy the world a few times over.

The world today is a world away from WW2

No Fritz I don't think you are telling bullshit I think your posts are exactly as would be expected from someone who is pro-Russian
Your deflection tactics will not work and your reluctance to post your information sources and your name says it all.
You don't even go to the trouble to post facts that will counter anything that dismisses your post content.

If it was to escalate, how would Putin justify war on a neighbouring country to his people?
Bearing in mind many Russians see Ukraine as friends and neighbours, a place to holiday, even home to family members?

The Special Operation was sold as to rid the threat of Nazi'ism from Ukraine, not to bomb innocent civilians and destroy their infrastructure.
F

Dave said:
If it was to escalate, how would Putin justify war on a neighbouring country to his people?
Click to expand...

I think that the plan is to let hold referendums in the occupied areas as announced and then annex them into Russia. After that an attack on these territories are an attack on Russia itself and Putin will declare war.

That would make sense in a way but the rest of the world would not recognise them as Russian territory... then what, should Russia declare war?

Fritz is saying nothing that has not been in the media for the past month.
As you have said Dave there would be no recognition as they were not Russian in the first place.
The Ukraine has already stated they won't stop until all 2014 losses have been regained and Russia does not have the battlefield resources to defend the length of the front they are retreating from.

me said:
Well after truss as put Ukraine before our own people and promised them billions £££££ more in support, I hope all those people who flew the Ukrainian flag from their houses or in their windows don't moan when your heating or food bills go up as the billions of ££££ would of help our own people out
Click to expand...

Not sure I agree. Maybe those same people should be moaning about the billions lost in benefit fraud rather than funds used to support support the Ukraine. Probably doesn’t fit your agenda though……

Russia was allowed to get away with taking Crimea, because it was wrongly believed it would be the end of their relatively modest ambition regarding Ukraine land. That was the world's mistake.

Since then, Brexit, an epidemic resulting in a more reliant EU on Russian energy. Putin believed it gave them the opportunity and leverage to take more of Ukraine.

UK and USA will make it as difficult as possible for Putin to achieve any gain. At least make him pay the price for anything he achieves. The UK and USA will give the Ukraine anything it needs to defend itself successfully - it's in our long term interest because it's against Russian interest. I expect the costs have been calculated and very considered. It's damage against Russia, their bloodshed, their weakened force, and potentially their damaged reputation.

EU are lest inclined to get involved by fuelling the conflict by supplying weapons. They've traded economic blows with Russia and taken a huge hit, but anything more and they risk antagonising Russia into further action, and EU are quite rightly quaking.

Even if the Ukraine war was to end now and Russia retreats - Europe would still be experiencing the same energy crisis. EU isn't going to be enticed by cheap Russian energy again, so will not so readily get into bed with them again, EU have announce new policy and complete change of direction.

I expect there to be some Russian/Ukraine stalemate eventually. Russia will ensure they keep some choice ground. The only thing that concerns me is that all the above events and responses by various nations was totally predictable: maybe sanctions have been harder, maybe the support for Ukraine is stronger, maybe their fighting spirit underestimated - but once Russia invaded Ukraine, the course of events were likely to pan-out as they have.

So why did Putin do it?

Whatever the reason, his expected gain has to far exceed his predicted loss. Let's all hope he's got all the predictions completely wrong and he's cocked it up.

Fritz said:
The best case would be double digits inflation and only a recession.
The worst case is that we are running out of energy and will have a total blackout.

Producers price inflation is currently at 45%, when this will reach the consumers many will unfortunately go starving or freezing.
Click to expand...

The UK are being fed similar doom and disaster reports by our media too, and we have sufficient energy - just more expensive.

If it's any comfort, maybe it won't be as bad as they're predicting for either UK or Germany.

Putin's power base is supposedly the "Russian mafia" - ie the people who've become unfeasibly rich under his rule, the bureaucracy who owe their livelihoods to his nepotism, and the military.
The rich are all getting rapidly poorer, and along with a lot of the bureaucracy has realised that as and when power changes hands they'll either lose their ill gottens, or be out of a job, and implicated as war criminals. Meanwhile the military has been shown up as the armoured equivalent of a big girl's blouse.
He's been bumping off dissenters for months and has blamed the military for losing a war he started on the basis of a whole shelf of false premises through an invasion plan he attempted to micro manage.
Can only be a matter of time before someone around him cracks and does the decent thing. Hopefully it'll be the full Mussolini.
T

All flights between Moscow and Turkey have sold out....wonder why

His threat of Nuclear is an offer of stalemate - let's see if Nato accepts or calls his bluff.

The stakes have been raised. Think it might mark the end of Russian advances though.
F

grey said:
His threat of Nuclear is an offer of stalemate - let's see if Nato accepts or calls his bluff.
Click to expand...

I have never seen Putin bluffing. Maybe someone can point out a situation where he did bluff in the past? (honest question)
It is like playing Poker, there is always one player that does never bluff, but if he would start a bluff everyone would believe him, because everyone experienced he never bluffs. (But the stakes are here a bit higher.)
T

Fritz said:
I have never seen Putin bluffing. Maybe someone can point out a situation where he did bluff in the past? (honest question)
It is like playing Poker, there is always one player that does never bluff, but if he would start a bluff everyone would believe him, because everyone experienced he never bluffs. (But the stakes are here a bit higher.)
Click to expand...

When Russia first invaded he said if any country interferes they will face terrible consequences or words to that effect. Many countries have provided direct military assistance to Ukraine and yet nothing......

Tallshort23 said:
All flights between Moscow and Turkey have sold out....wonder why
Click to expand...

I wonder how many of the 300,000 called up Russian reservists will report to their respective units this week?

Putin gained a lot of popularity when he was Prime Minister from his response to the Moscow Apartment Bombings. MI6 say they were orchestrated by the Russian Security Service. That's the problem with Russian leadership, nothing is black and white as they suffer from zero sum thinking.

For anyone who knows how these things work, if he does fully lose his mind and presses a button to launch a nuke at Ukraine, or some other poor Eastern European nation who he sees as standing against him, what happens then? Is it an irreversible chain of events that leads to full blown nuclear war? Would there be an automatic retaliation by a nuclear power allied to the targeted nation and therefore the start of WW3?

I've never really got it when it comes to nukes. As soon as the first gets fired everyone else has to either say "fair play, you're insane and we're not getting involved" or the world has to end as everyone flexes their tiny penises.
F

Good news from Ukraine!
Ten foreign prisoners of war have been released. I think probably exchanged.
5 from them are British and Aiden Aslin is one of them. He was active on social media and I followed his case for a while. He had gotten the death penalty in so called DPR.

I am happy to see him and the other free.
C

Another Russian Allay of Putin has an accidental death, fell down two levels of stairs quickly 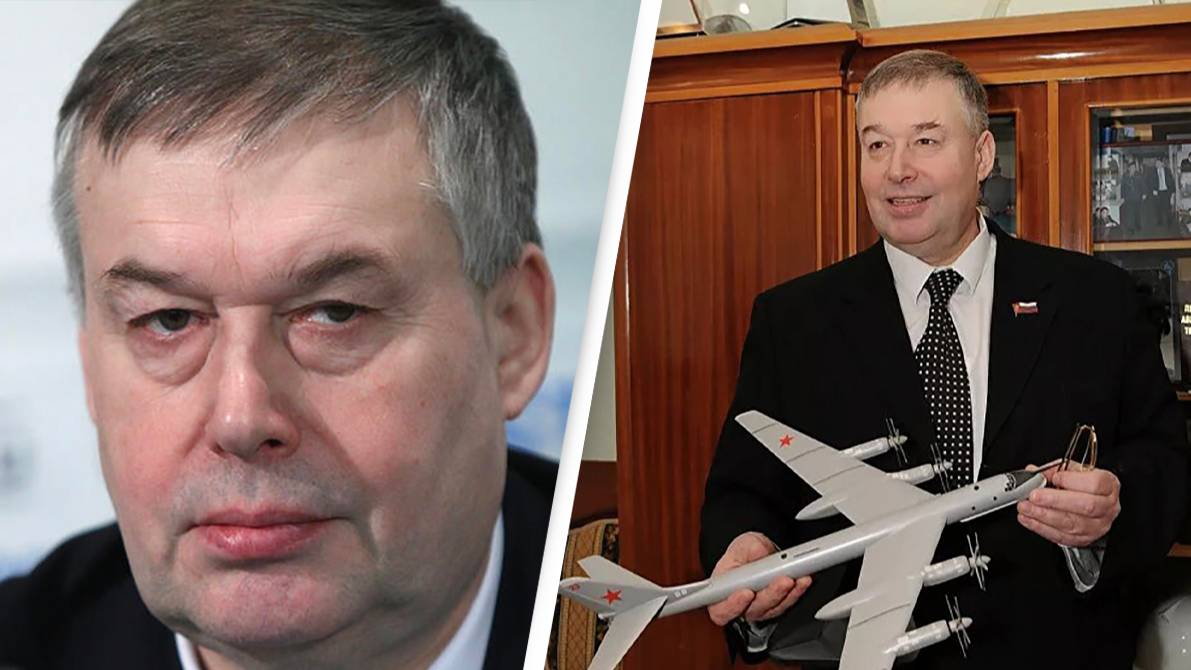 Anatoly Gerashchenko, who worked at Moscow’s Aviation Institute, reportedly died after tumbling down the stairs