This is the best commercial fishery

I will do mate, thanks!
N

I’m with Chef - Tunnel Barn. I’ll be there tomorrow
S

Larford speci was the only one I’d like on my doorstep. The lake in front of the car park was obviously an end peg draw job but I enjoyed speci lake. Probably because it‘s a decent size. I didn’t take to any of the local commercials.
L

Springvale Lakes fishery Nr.Retford. Choice of 5 lakes with 2 more opening later this year. All flat and easy access, park behind every peg, no more than 10 yards from car to peg. Rammed with fish. Up to 75 anglers on the midweek veteran's match. They provide all nets. Bait available. Cafe, club/bar, shop opening soon. Great owners , well run and kept immaculate. Check the website and Facebook page.

smiffy said:
Larford speci was the only one I’d like on my doorstep. The lake in front of the car park was obviously an end peg draw job but I enjoyed speci lake. Probably because it‘s a decent size. I didn’t take to any of the local commercials.
Click to expand...

Larford speci lake is great. Rammed with bream as well as the carp.

robert d said:
I did like woodlands thirsk ,havent been for a few years .
Click to expand...

I used to go in the spring before the rivers opened. That would be about twenty years ago. The opens were all sell outs.

Last time I enquired about how it was these days the reports weren't particularly encouraging which is a shame. 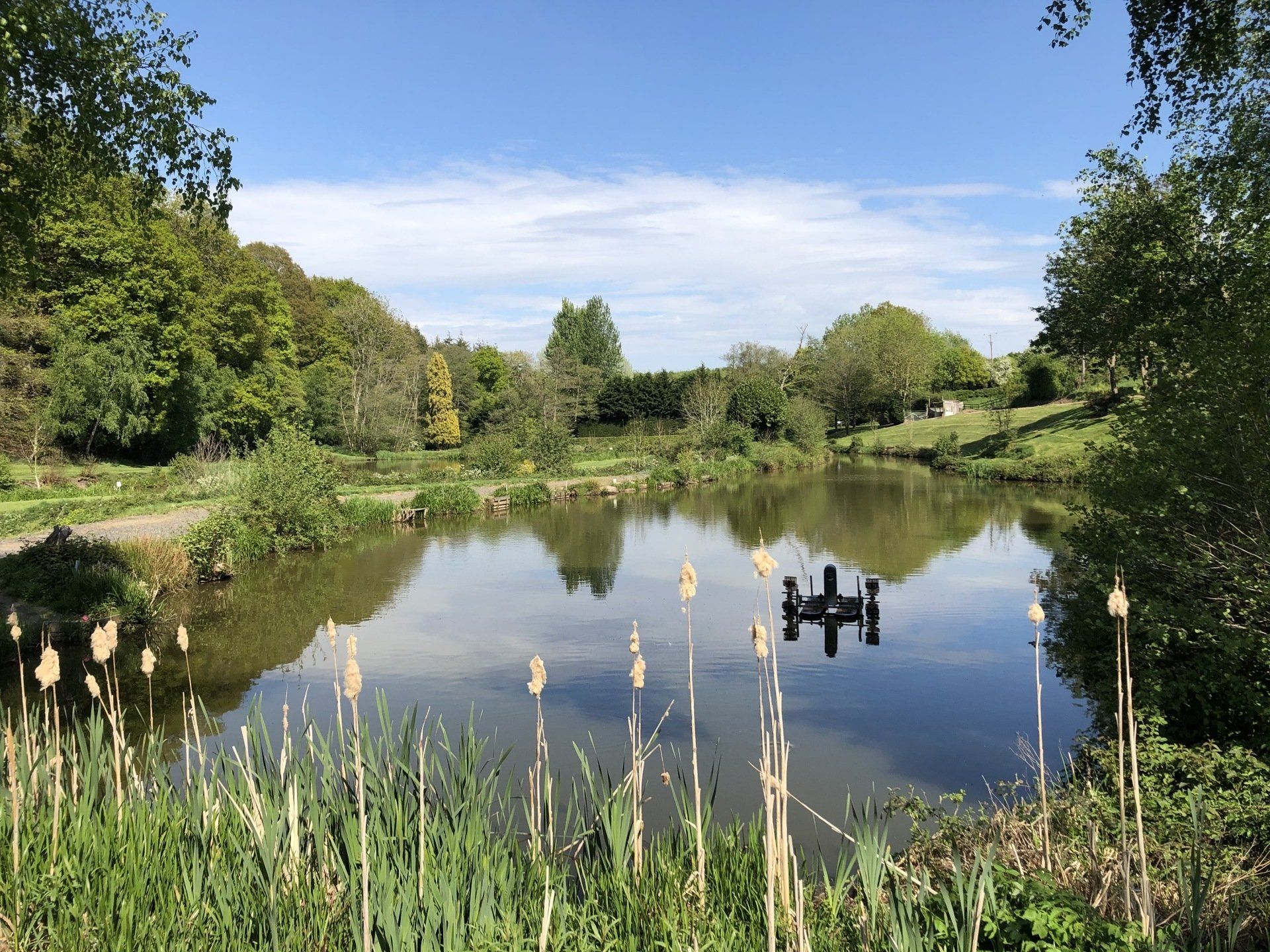 Furnace Mill Fishery is a great place to fish at any time of year. We have four lakes stocked with quality course fish including Carp, Roach, Rudd, Tench, Perch, Bream, Chub, Barble plus much more. Matt Hayes tells us that we have one of the best fisheries in the country and certainly in the...

I’m not normally a Grammar Nazi, but as a commercial fishery you’d have thought they would spell ‘Barbel’ correctly?

Have 3 or 4 or so within half an hour from me, then Decoy bit further on and Lakeview an hour or so away. I tend to visit commercials when i fancy it and more so in the river close season or in winter time for silvers sport and F1s, so don't really have a favourite.

I can say though after visiting Lakeview twice now for the MDers matches and had lockdown/tiers not been in place either side of match two, i would have been back there for a pleasure session, one of the best i have ever fished for me in terms of all round welcome, facilities and mix of species. (factors 1 and 3 are the important ones to me and number 2 is always a bonus).

Furnace does look good Zerk, i liked the roach weight challenge episode Matt did on there.

Having fished a good few around the Ipswich area, I find them soulless and full of people trying to catch fish any way but how.
A strange comment one thinks - I like a water to have character, few anglers and dont always fish to catch fish.

My 2 favourites that are relatively local are Docklow pools and Holgan Farm both immaculately kept in really pretty countryside and the fishing top class on both. I also quite like the less well known Trefaldu just outside Monmouth if for nothing else it's total seclusion as its set deep in a small valley about 2 miles away from the nearest road

As much as I enjoy Partridge, my favourite has to be the pristine Old Hough. 80min drive for us but well worth it. The place is manicured. The pegs are perfect and easily accessible. None are more than a short walk from a parking space. The fishing on all 10 lakes is great, with most matches needing around a 100lb. Even the lower places can bag 50lb some days.
Also has a great Speci lake with big Cats and up to 30lb Carp.

Not spoilt for choice in my neck of the woods ( North East ) but fortunate to have the Angel of the North fishery on my doorstep. Brilliant Carp fishing, but what really attracts me is the late autumn/winter/early spring fishing for the big roach, ide and skimmers. My 1st visits to a commercial were many moons ago on camping/b&b breaks with my sons, to Woodlands Thirsk. Still enjoy my occasional visits to that fishery; Kestrel and Willow Garth are my favourite lakes (Most anglers on Willow Garth used to go after the Carp, but I used to catch some big perch around the back island walkway; wonder if they are still there ? - havent fished that lake for a few years )
C

Messingham Sands no1 for me

legs230258 said:
Springvale Lakes fishery Nr.Retford. Choice of 5 lakes with 2 more opening later this year. All flat and easy access, park behind every peg, no more than 10 yards from car to peg. Rammed with fish. Up to 75 anglers on the midweek veteran's match. They provide all nets. Bait available. Cafe, club/bar, shop opening soon. Great owners , well run and kept immaculate. Check the website and Facebook page.
Click to expand...

This gets my vote as well I love the place.
B

Someone in my club labelled TBF as little Beirut..........i have to agree,on saying that it may have improved
i,m going back a few years.
S

bluemack said:
Someone in my club labelled TBF as little Beirut..........i have to agree,on saying that it may have improved
i,m going back a few years.
Click to expand...

I’m not saying it’s the best in the country, because I don’t go to many others, the question was “what is the best in your area “ !! But the fishing can be amazing

I used to live near Solihull in Birmingham and TBF was the place I'd go when pleasure fishing, to take mates in summer etc.

But other places I liked in the area were Packington Somers on the big lake Geary's, and to a lesser extent Blythe Waters (was good when they just stocked willow pool with 6oz Carp) and Lavender Hall (again when newly stocked). I think the stock has been better managed at TBF and Packington than the latter two in recent years, but I'm only going on reports I read as I've moved area to Stourbridge now. Never did fish Barston for some reason.

I'd love to catch one of the specimens at FM. So far I've only had Bream to 6lb, Perch to 2.5lb, and Carp to 15lb but I don't doubt they are in there.

I catch a Perch or two pushing 2lb every time I fish there in winter, and had a run of big Slabs when I fished there with my dad in summer, we must have put 80lb of big Bream in the net between us in the space of 2 hours.

Not surprised to hear Docklow and some of the other fisheries mentioned. A lot of them bigger than FM. Just from things I've heard again.

Within an hour from home...

For a club match, I like going to Brailsford Lake 1 as there’s a good head of silvers to fish for. Ok, silvers won’t win you the match but if the carp aren’t playing, I’ll fish for silvers just for the pleasure of it.

I’ve fished a few matches at Barston and I like it there for the same reason as Brailsford, there’s a mixed variety of fish.

I look forward to going to the May charity matches at the Glebe each year, pleasant surroundings, nice and quiet.

I’ve heard Makins is very nice but never been so I’ve put my name down for a 2 day match there in June... should be interesting at least.
R

It's the best fishery although they don't know the difference between coarse fishing and "course" fishing?

S
Help with finding a (commercial) fishery to catch big carp in the Winter ?
2

D
Looking for a Commercial Fishery with decent Carp near Carnforth