The new with Leeds Premiership

Legend at the Toon

Tragic loss,he was a revelation at Bramall Lane,Franny Lee was a lot better footballer than he was a boxer,I counted six punches and he didn't connect with one ,God only knows how some of todays players would have coped back then.

Im well Happy with that result, Played well and Controlled the Game and a clean sheet win

Good result and a good game. I never tire of watching Leeds....

Will be Late on especially if its 0-0

Wise Owl said:
Im well Happy with that result, Played well and Controlled the Game and a clean sheet win
Click to expand...

You deserved that mate. Knew you would give us a hard game. Good game to watch though.

Work ethic and to a man, how they all work for each other is clear to see. Fair play to them.

Aston Villa believe 25-year-old England midfielder Jack Grealish, who has been linked with Manchester City, is worth at least £100m

You reckon Leeds will be in for him Wise Owl

I hope not mate, I can’t stand the cheating little dramatic bstard and we already have a Koch playing for us ?
Y

Leeds 21/4 to beat Chelsea today, seems good odds to me. Had a few quid on them.

Hope they kick the chit out of each other , like the good old days , proppa matches then

A match reviving the rivalry that has been missing for too long, it brought some great memories flooding back for me as a Chelsea fan and I'm of an age to remember the 1970 Cup Final and replay. Sprake, Madeley, Cooper, Giles, Charlton, Jones, Lorimer, "Sniffer",Giles, Gray, Bremner amongst others in the Revie team taking on Sexton's Blues.....Bonetti, Webb, McCreadie, Harris, Dempsey, Hollins, Houseman, Baldwin, Cooke, Hutchinson and Osgood, Two hard as nails teams dishing out as good as they got, no quarter asked or given. Revie built an awesome team but it's probably fair to say that they were despised by all but their own fans.

However I have to say that I find myself liking Bielsa and the way he has this present Leeds team playing his brand of high tempo football and though I'm not sure it can be sustained for a full Premiership season, I'm sure the present Leeds fans love it. They will be safe as houses come the end of the season that's for sure. 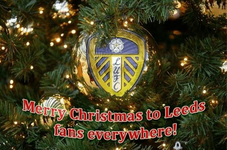 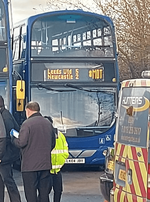 L
Is it all about the draw

L
The cost of Match Fishing
2 3