The new with Leeds Premiership

Watched the 1st half. Leeds had them all over.

No good having all the possession and not having the end result, a bit like a darts player hitting the high scores and not the double.

Don't panic Wolves are our bogey side, slow starters this year but can play and with more recent form. From what i saw and if Leeds can compete against the likes of Wolves or any games so far higher mid table is a fair target. Rather see some of those ambitionless teams that pick their games and that have had an annoying habit of just staying up in recent years, go down.
D

I see our mate has done it again with a couple, and maybe more before it ends. I always said "Bamford is a good un"
D

Well I did call it.

To say im happy with this is a understatement, Paddy Bamford 3 Villa 0 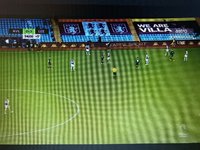 Leeds are a joy to watch and are certainly the most exciting team to get promoted to the premier league that I can remember. The fitness levels are very high and they have a positive gameplan no matter who or where they are playing. I love watching them play.... 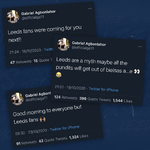 Nose bleed territory Wise Owl but there's nothing like getting points on the board early,they really are doing well but I think Bamford should be drug tested ,anyway your only nine points ahead of us but we do have a game in hand,it's only Liverpool next up.
L

Never saw that coming but the way they played was more of a standout than the scoreline.
Going to be sone very worried PL teams this season as it looks like Villa and Leeds might not be the "straight back downs" many predicted.

160642fishing said:
Nose bleed territory Wise Owl but there's nothing like getting points on the board early,they really are doing well but I think Bamford should be drug tested ,anyway your only nine points ahead of us but we do have a game in hand,it's only Liverpool next up.
Click to expand...

You should Do them mate, we banged 3 past em and would have won if they hadnt had the Ref in their Pocket. 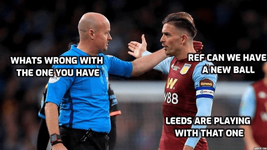 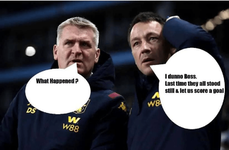 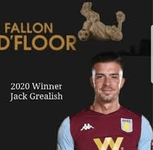 I don't think many expected Leeds to go straight back to the Championship. What surprised me was the quality of Bamford's goals, he probably gets more scoring opportunities than some of the best strikers. He's likely to keep on scoring now his confidence is high.

What a Koch up

Well we seem Nervous but why i dont know, our Passing seems to have been left at villa. Bollackings for sure Of The Bossman.

Flipping commentators were so far up Leeds arse it was unbelievable.
We had our complete first four defenders out. (Castagne, Ricardo, Evans, Soyuncu )
We had our best central midfielder out. (N'Didi)
Maddison was on the bench.

Leeds were lucky they weren't 4 down in the first half. However that fluke goal gave them a bit of impetus to attack, and if Hernandes shot had gone in instead of hitting the woodwork, them it would have been a completely different game.

It didn't and we won.

I thought Leeds were going to get a draw at least when it was 1-2 but Leicester were the better team on the night IMO.

Beat by the Better team exactly, we go again

Coronavirus update from the Environment Agency