The magic 'Ton' of Tench?

Just Wow!!
So jealous. To catch a tench over 6lbs is a rarity in itself. To catch that many bigguns in one session is unbelievable. Very well done mate.

Bloomin' 'eck that is amazing. Well done indeed. Touch of the greenbeyed minster here. Some decent males in there too. Superb

Cheers all. The only problem now is going back there, going to have to fish a waggler next time, but don't think they're on the Corn yet and can't quite catapult maggots far enough.

I reckon you’ll be able to pull them into waggler range if there’s that many in there. Every tench I’ve ever caught has been on waggler.

Awesome Steve, a definite RED LETTER DAY.
You're on a roll at the moment and setting some yourself some PB's and targets that are going to be increasingly hard to better but you'll have a lot of fun trying. well done fella.

PS. No9 is a stunner but you have to love a "Goldie"

My mate catches them on a centre pin so it is possible but I think that's more in a months time or so. The water is gin clear and you can see them fizzing on the 25m line at the moment, they fizz as they disturb the weed as when you catch one a shed load of bubbles come up.

Zerkalo said:
I got to my local estate lake, Himley Hall in Dudley for my usual time of 7am this morning. I was a bit sceptical to be fair and not the most excited I had been for a session after having a 'frustrating' day there a couple of days ago where I had 3 Tench in the morning before my swim died on me. It was a bit cooler overnight last night so I wasn't expecting too much. I had in my head that peg selection on this big (but not massive) lake was going to be key. 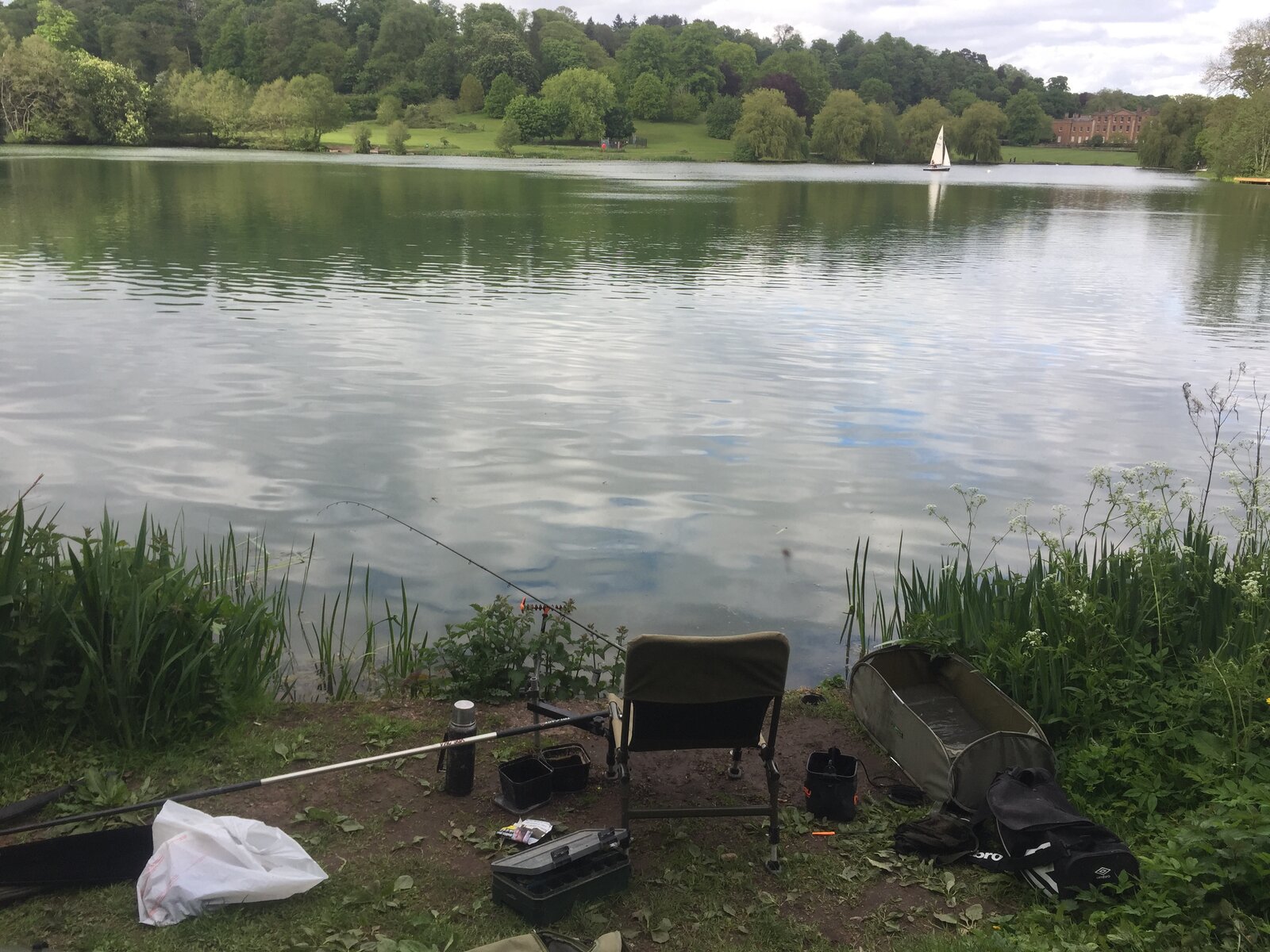 As above, I plumped for peg 24. This is a peg about halfway between the shallows at 4' and the deeps at 8', so about 6' deep. I almost gambled going on the shallows but figured the deeps would be a gamble too after yesterday, so this was a happy medium was my thinking.

No signs of fish there when I arrived, but as I was setting up there was a load of fizzing on the 25m line. They fizz a lot when feeding at this place and always give themselves away like that by disturbing the weed, so that raised my hopes slightly. 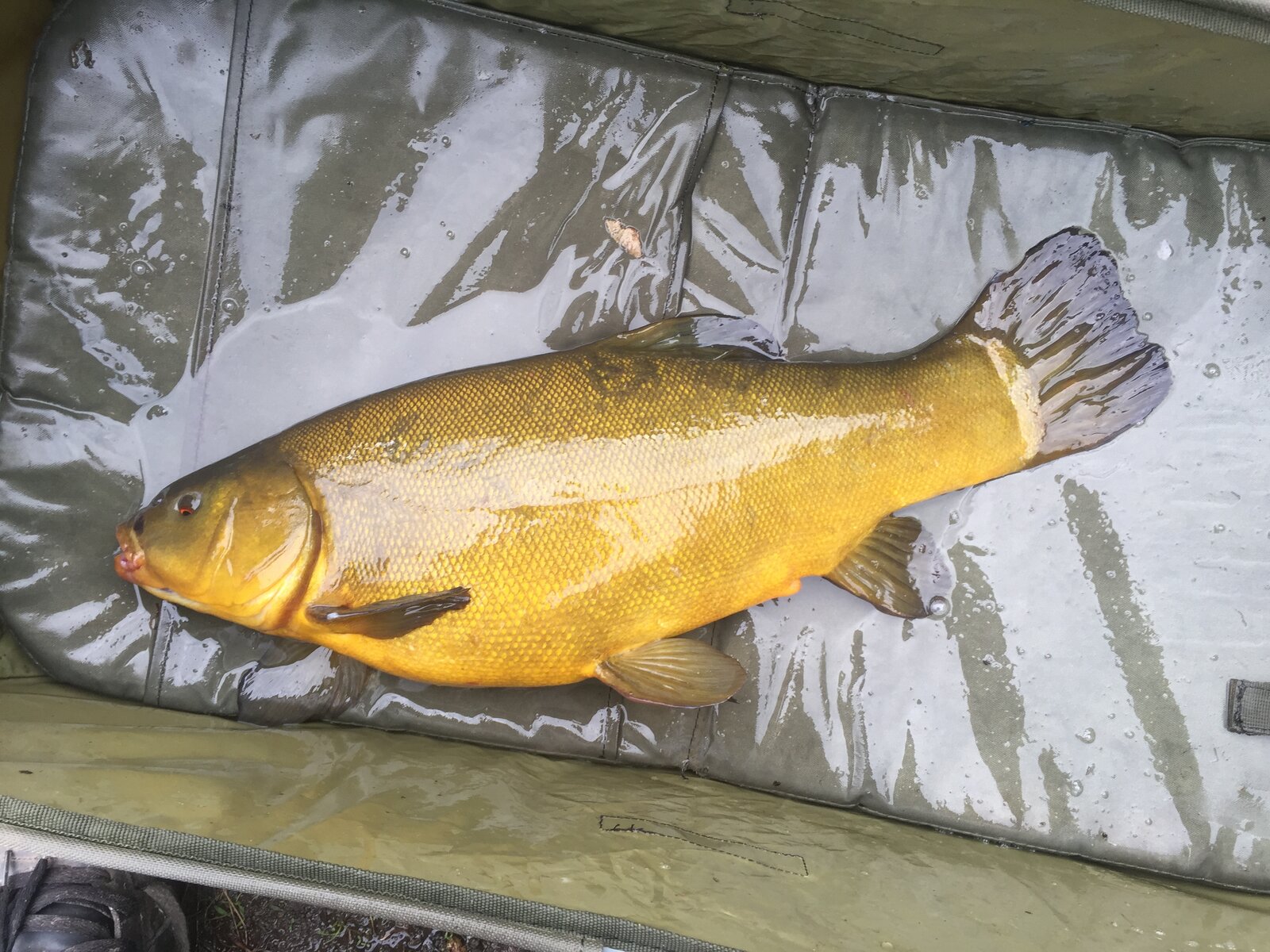 A few more Tench followed as below. 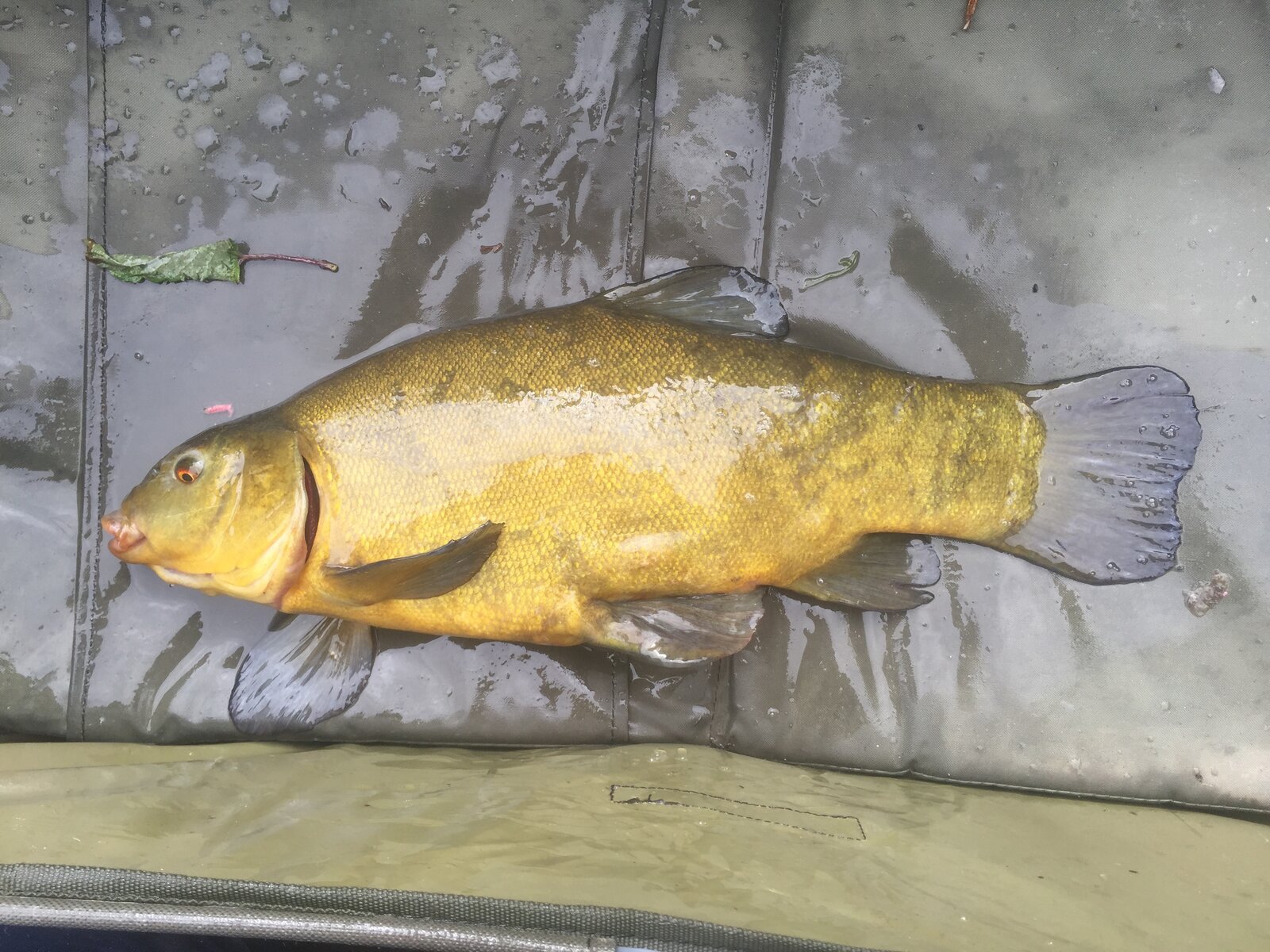 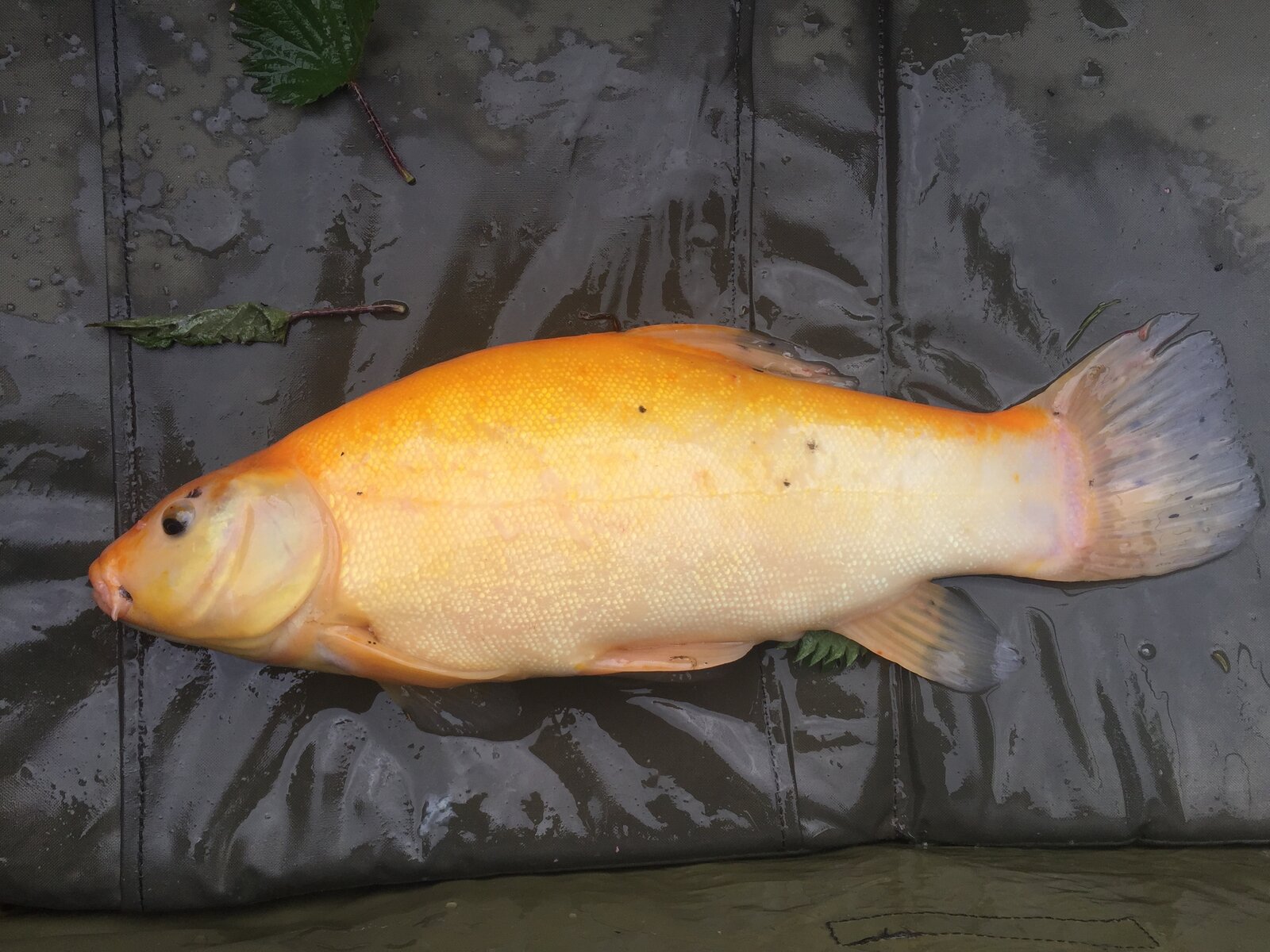 So a decent start but would the peg die on me like it did yesterday? It was around the time I had the lovely Golden Tench above that the bailiff came round shouting to me, "did you see it?".

"No I've been busy catching Tench, had 5 already" I replied.
"That angler to your left has just had a 36lb Grass Carp and a 26lb Common" he said.

Now fair enough, that's something I would have liked to have seen, one of the lakes big Grass Carp that are reported to come out over 40lb.

Anyway, I was soon back to my own fishing after paying the £6.60 for a day ticket.

Among the next few fish was another nice Tench I had to weigh, this time it was 6lb 12oz. That was the last fish I'd weigh today and I think the biggest.

But to cut a long story short, the Tench didn't stop feeding as feared, and were actually ravenous all day as pictured below. 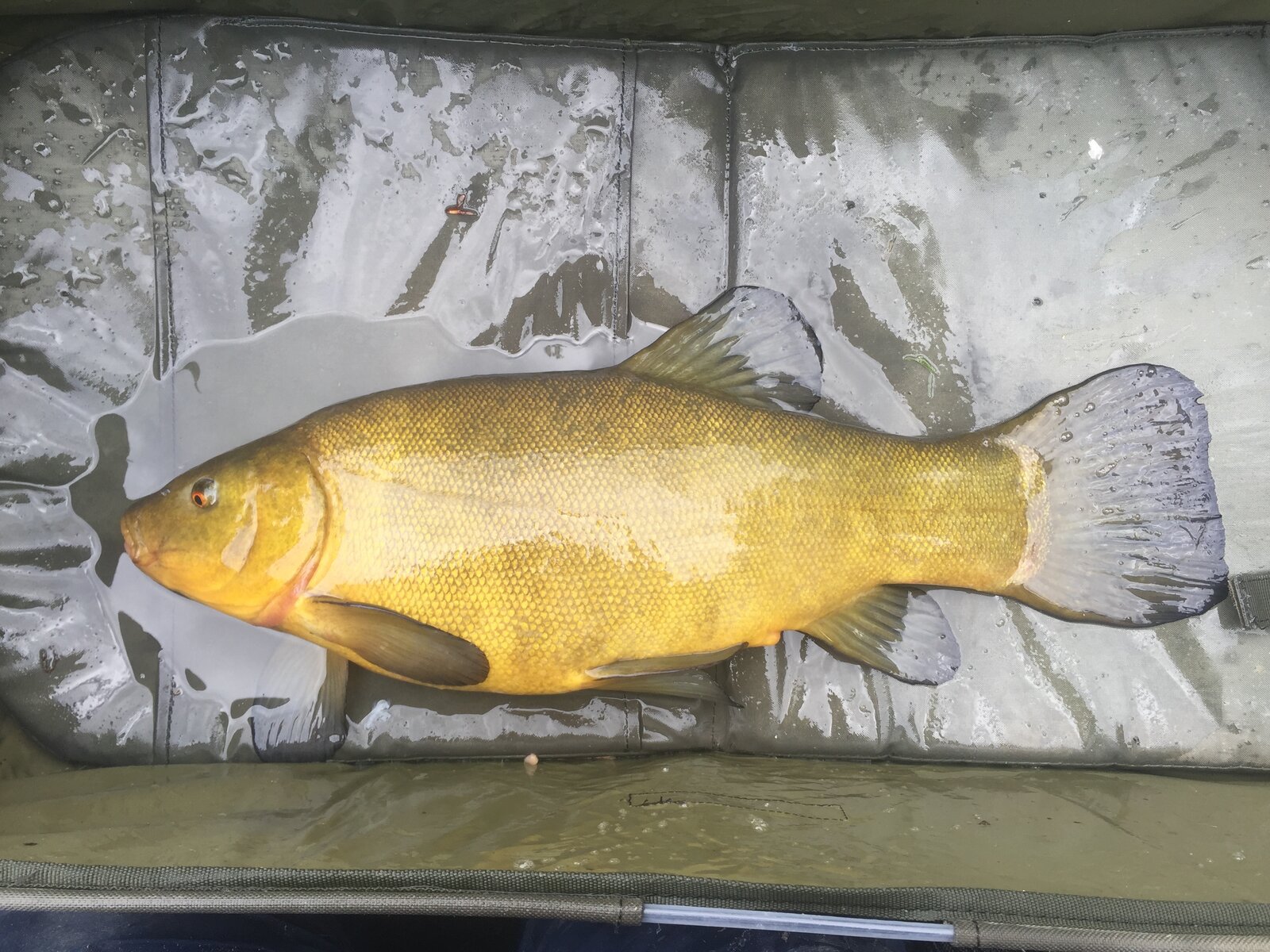 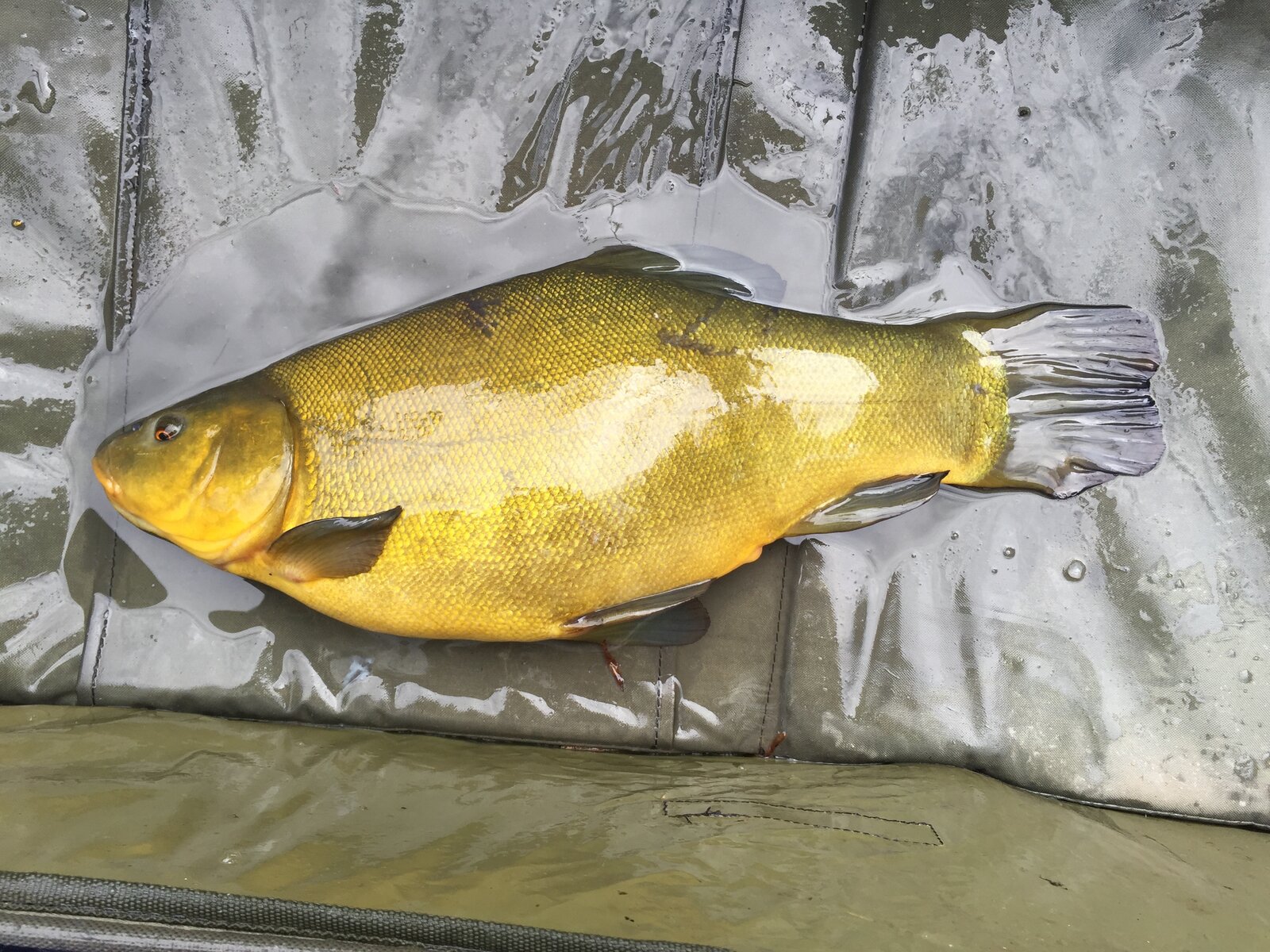 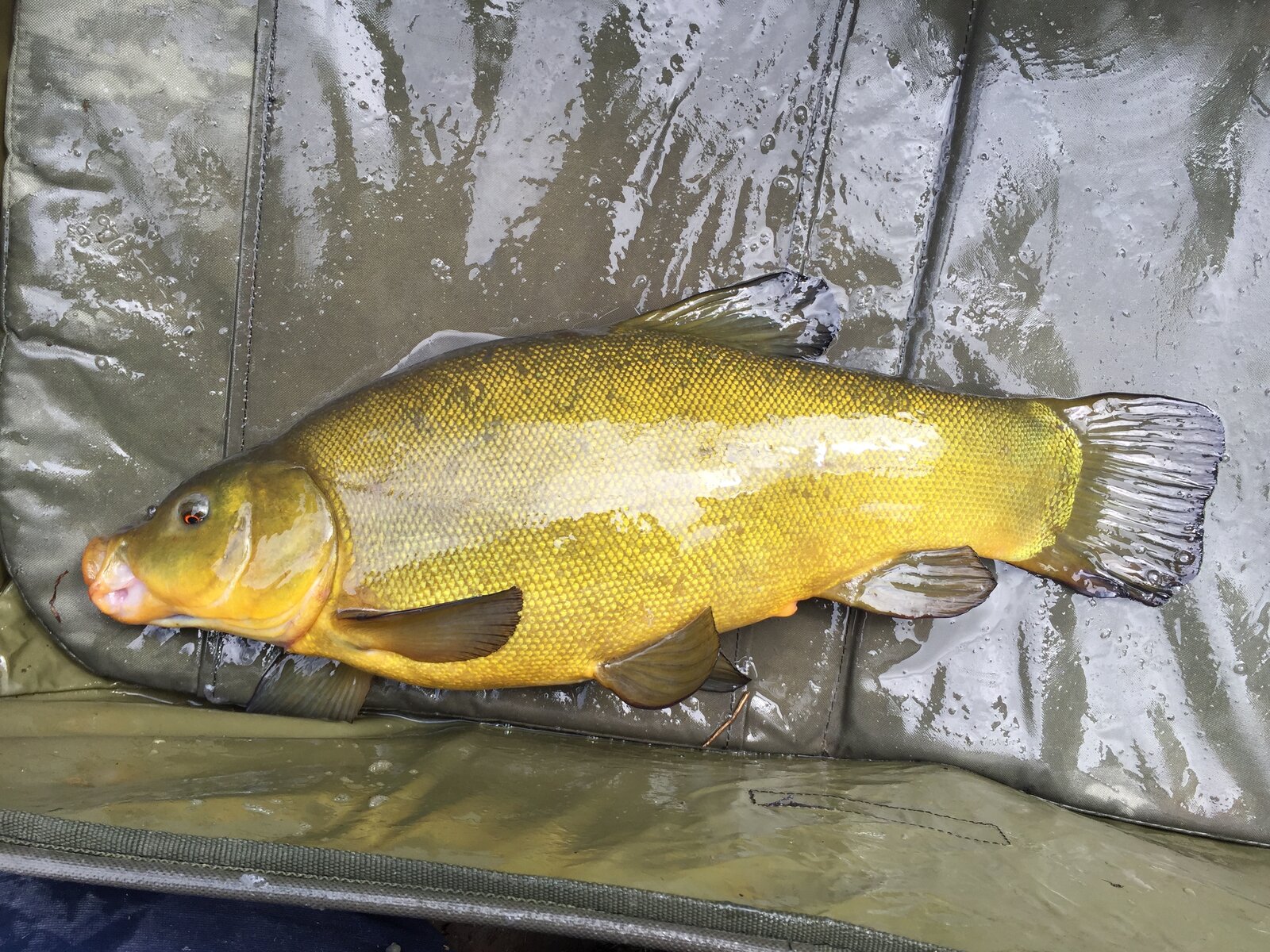 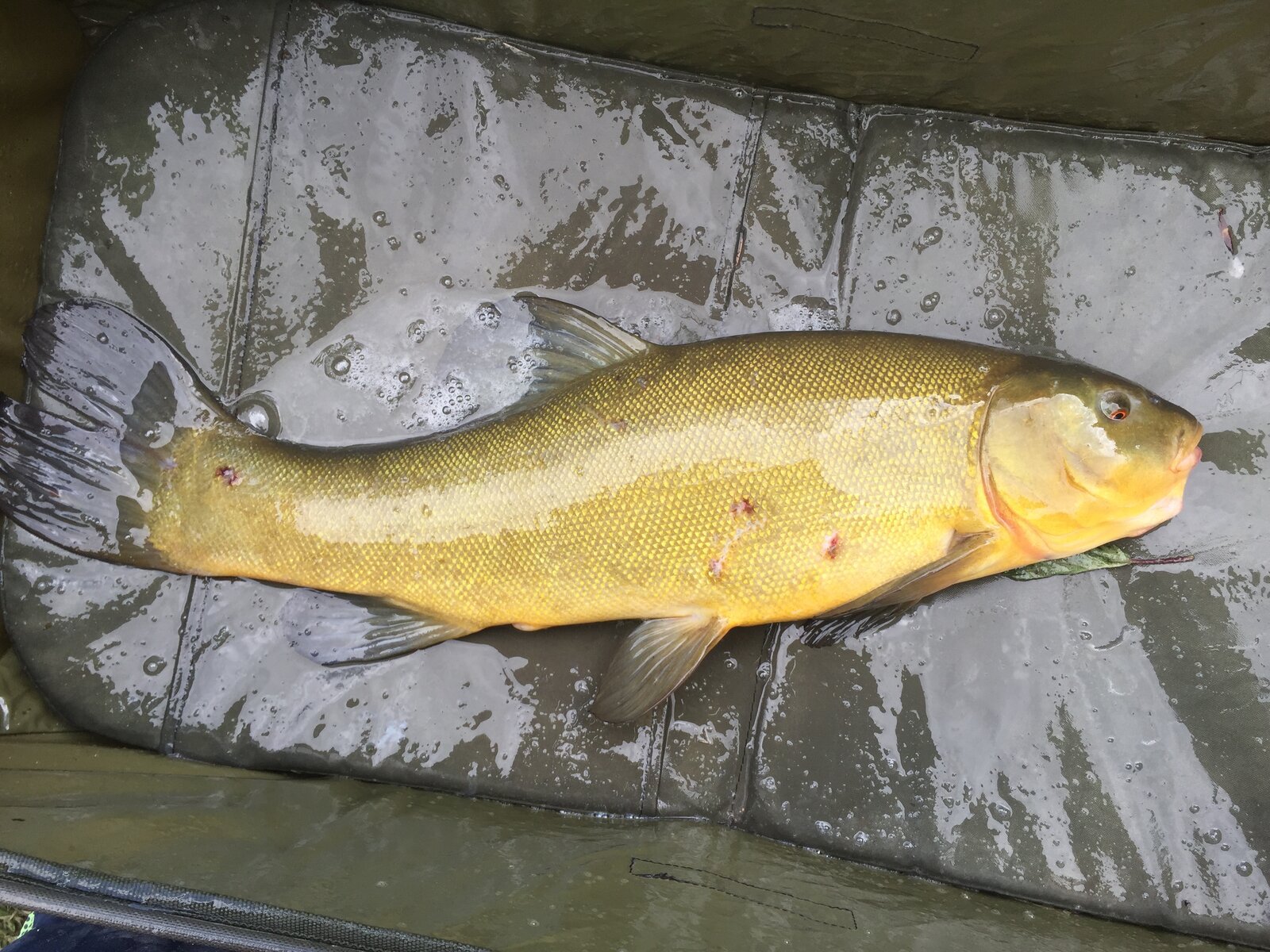 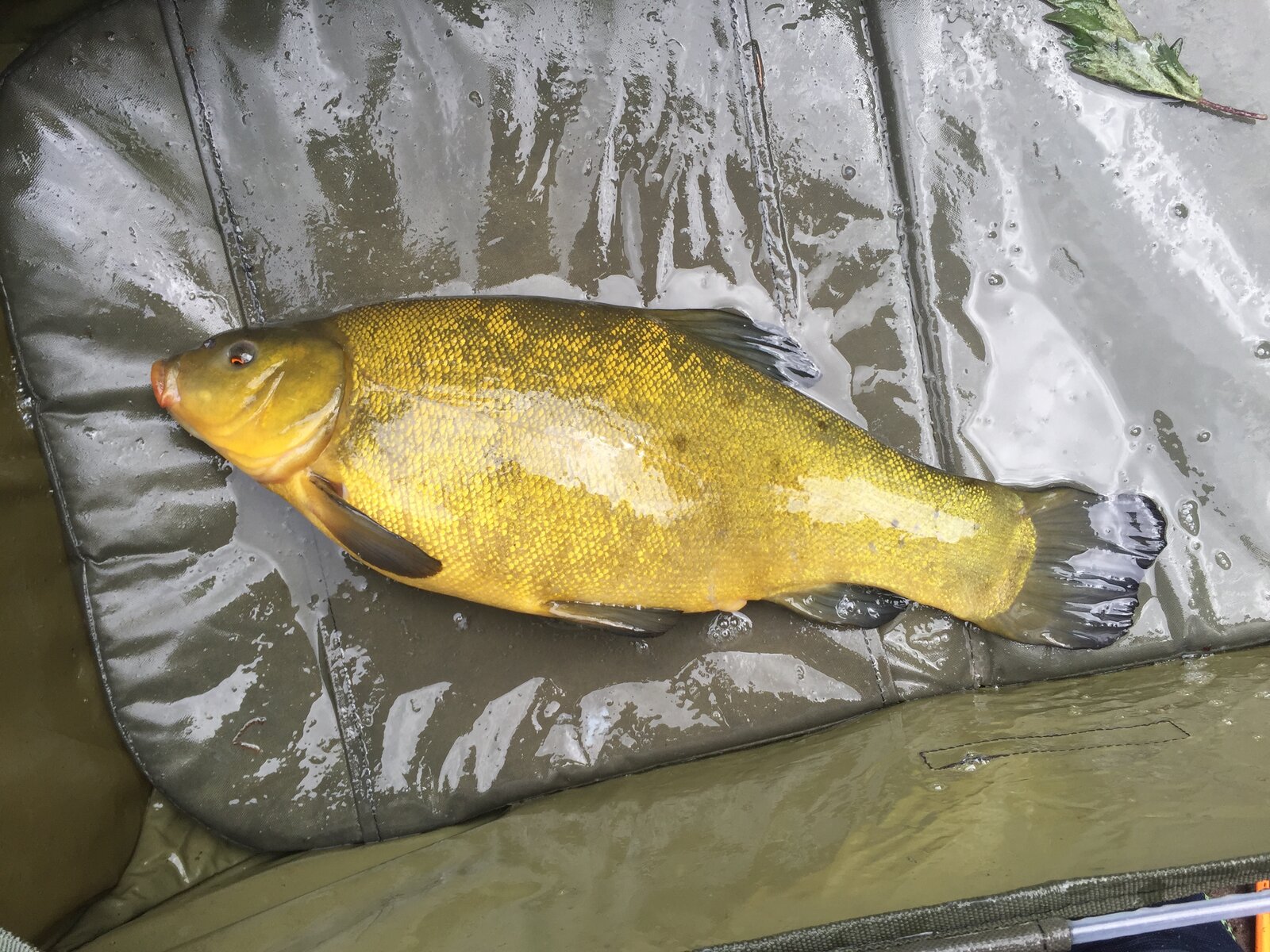 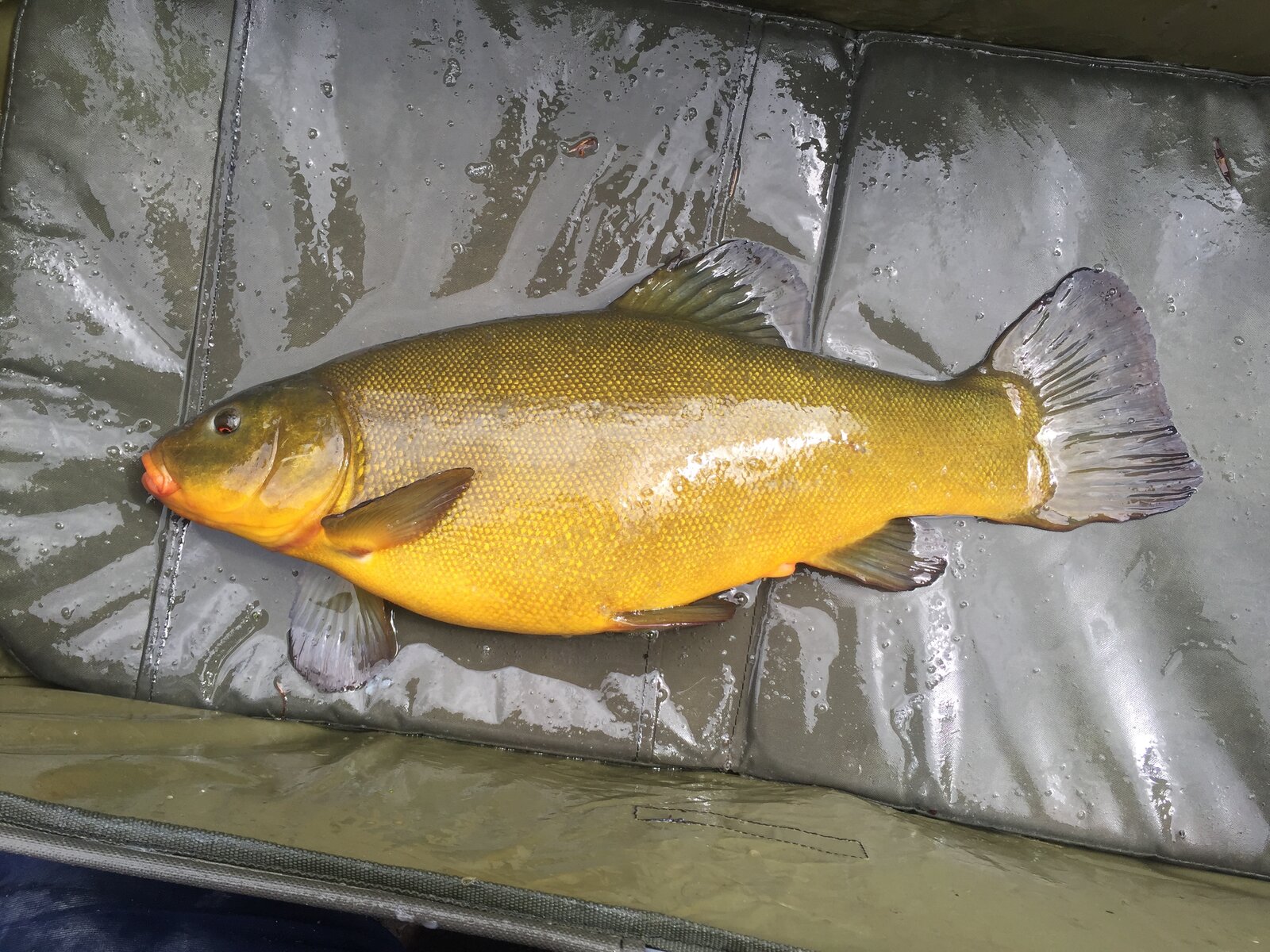 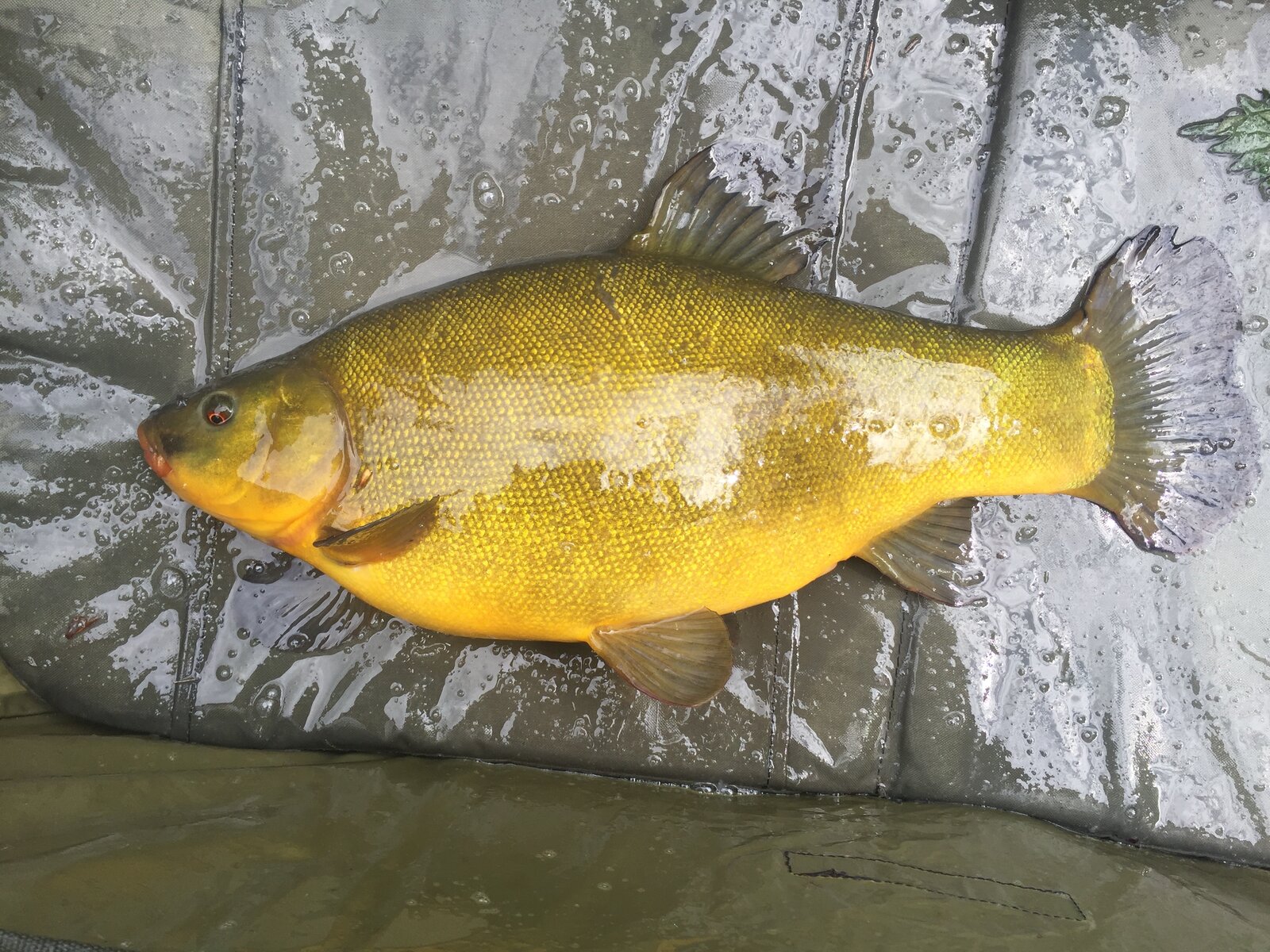 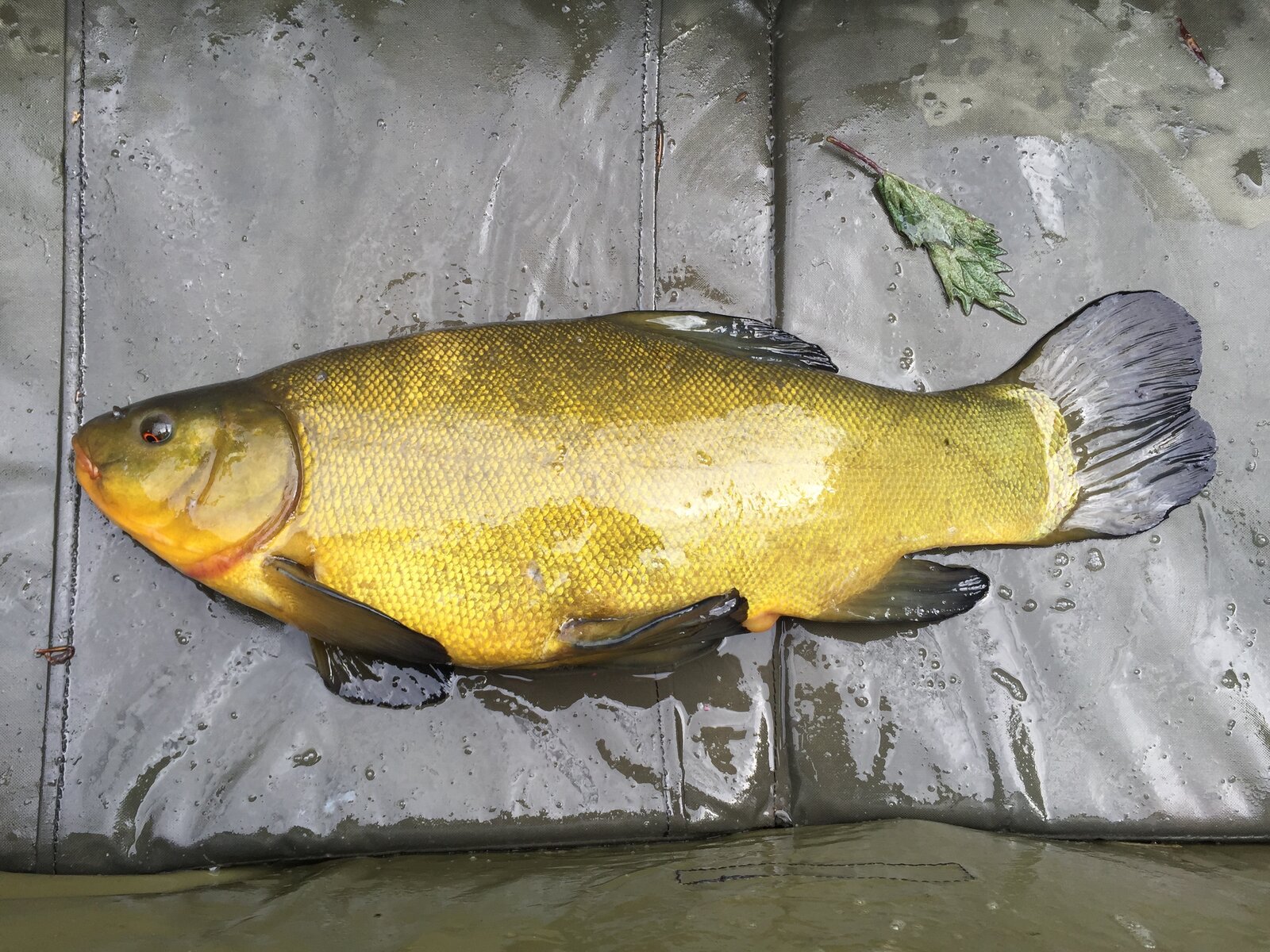 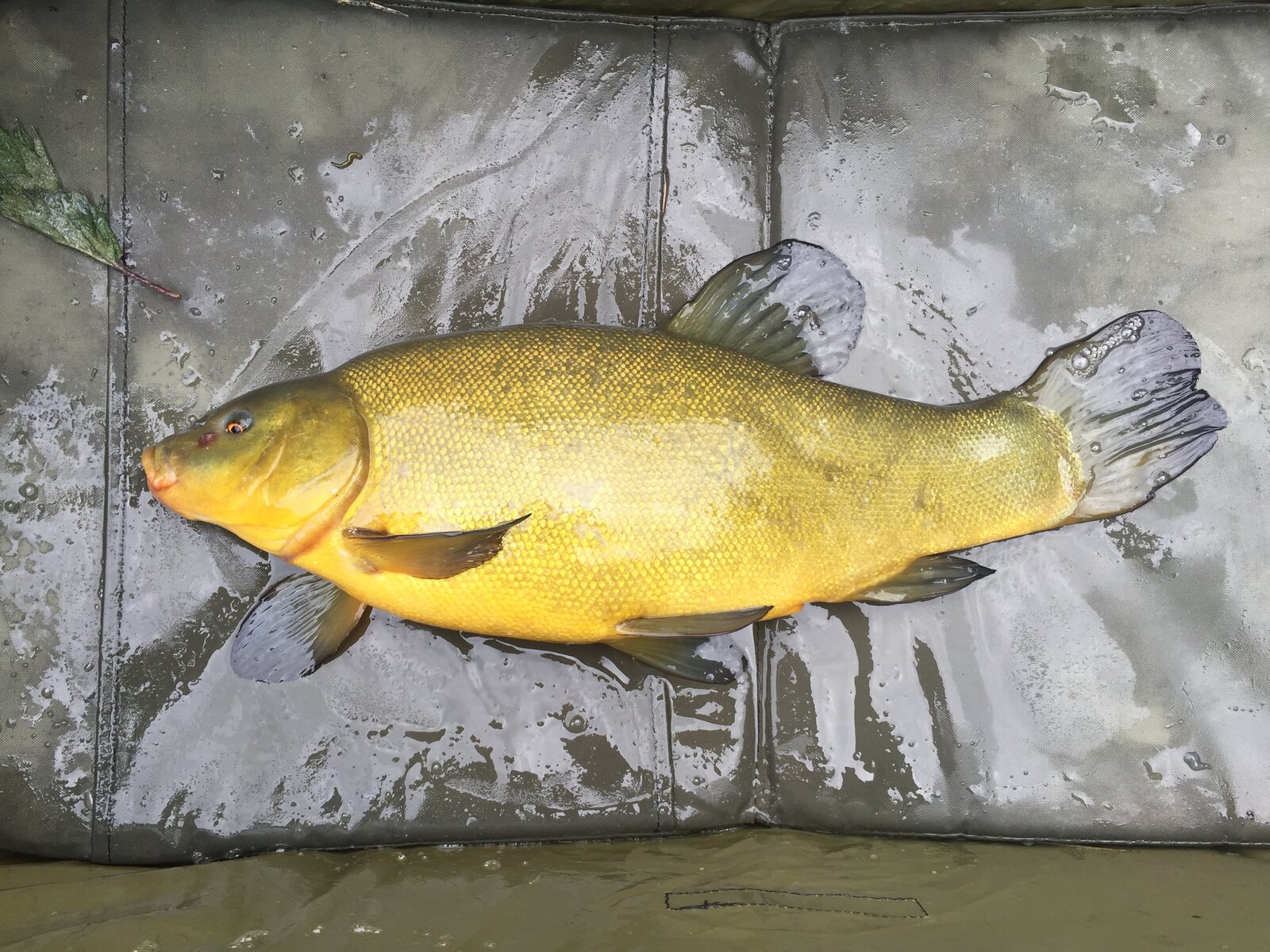 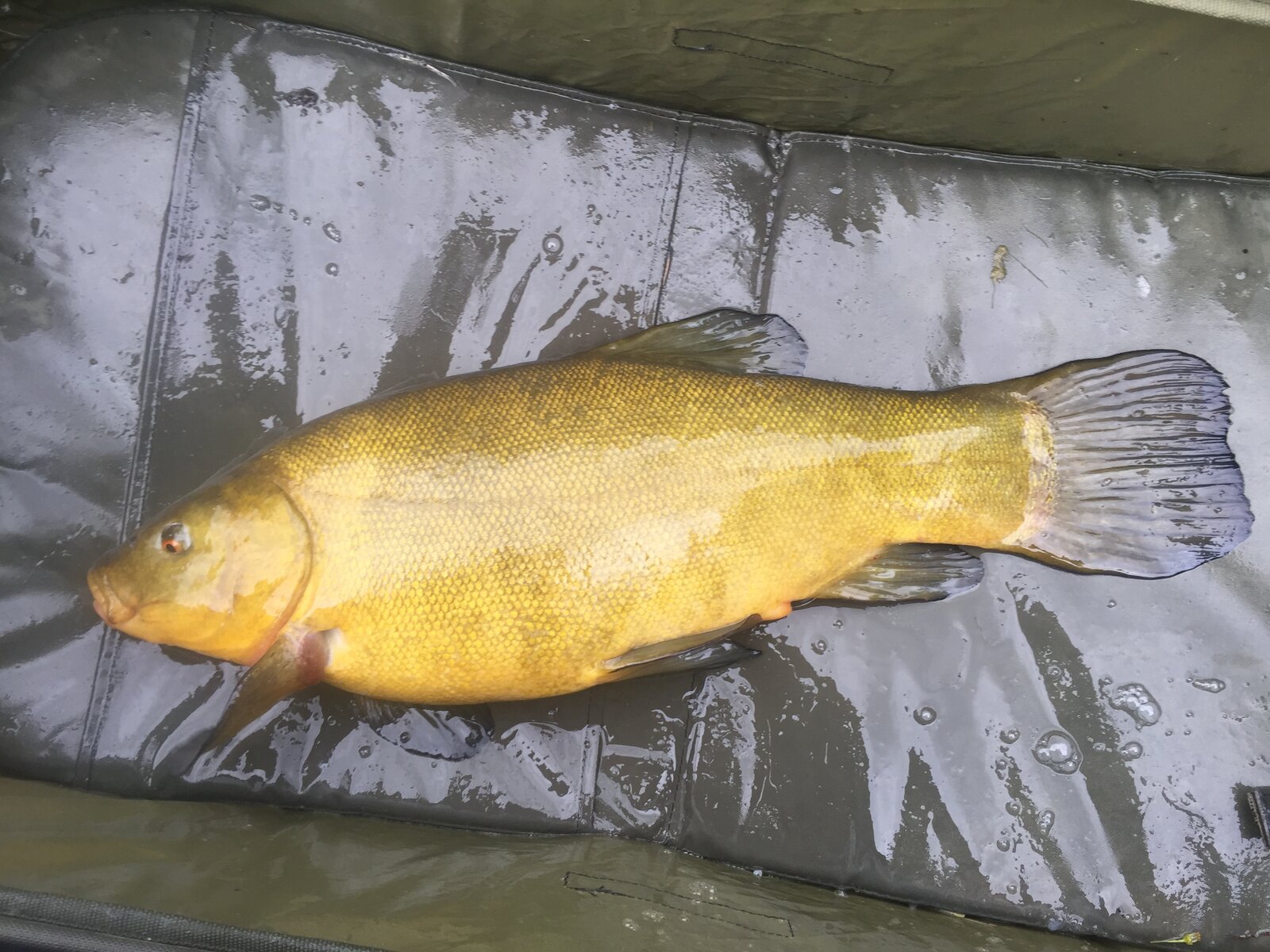 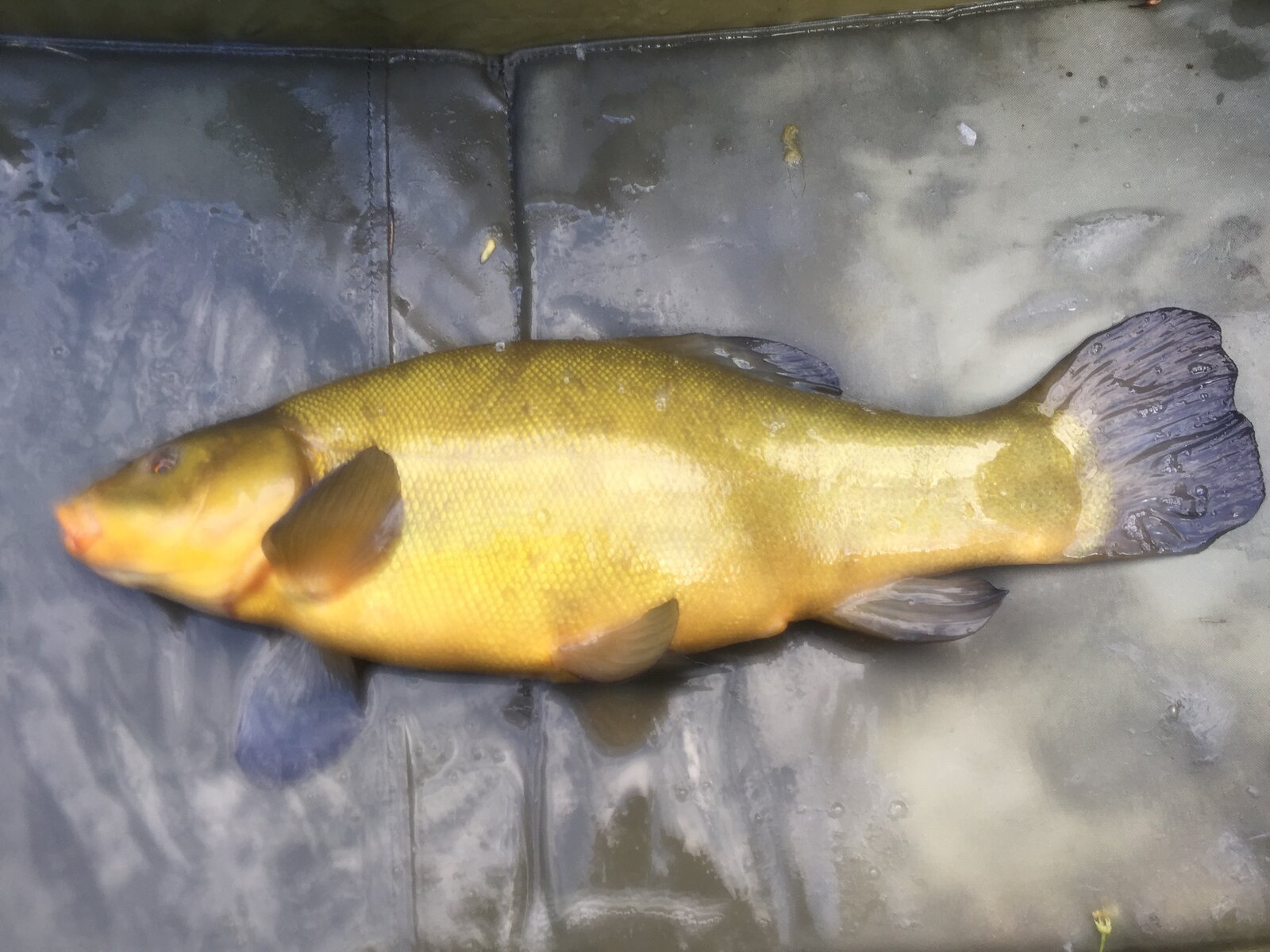 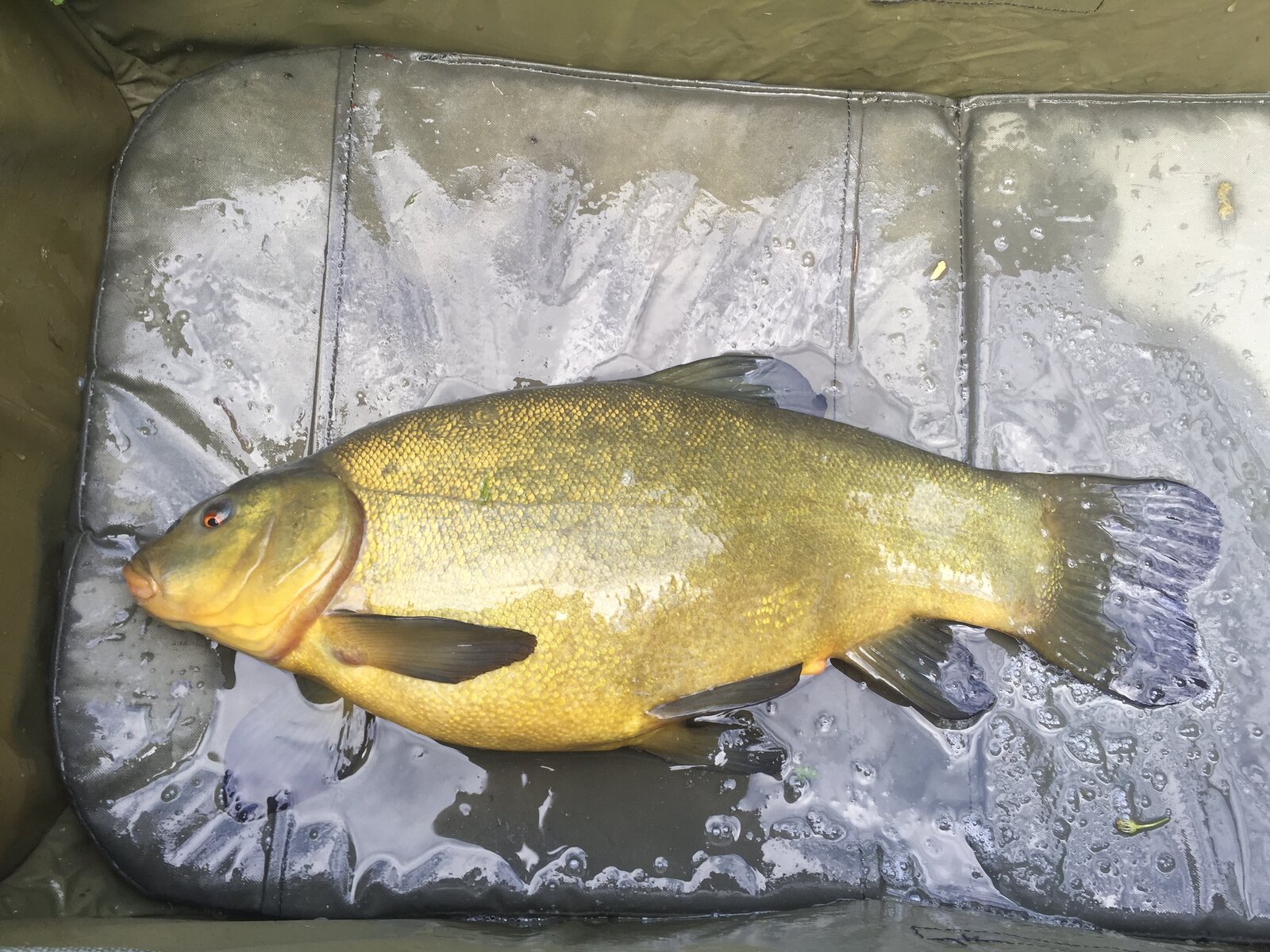 So that was 10 hours fishing for 27 Tincas in total with only a smattering of Perch that I don't really count on a day like today. Now I want to apologise for the gratuitous amount of pics above, but after a day today I think it's a good way to document the session. My previous best from here was 13 Tench and I thought that was good, but the fish were also a good stamp, well conditioned fish, today with most being 4s, a good share of 5s and few 6s with only a couple of 3s. So by my estimate that's easily a 'Ton of Tench'.

I don't always document the tackle I use but might as well for posterity today. Greys 1.25lb TXL Twin Tip Rod, 6lb Maxima to 0.18 Stroft on a maggot feeder helicopter rig with a 40g Black Cap Feeder.

Other than that, I guess I am lost for words... easily my best Tench session and a proper red letter day!
Click to expand...

Well done, Mate. What a day!

great days fishing, can't wait for tomorrow now when I am next out fishing
P

Absolutely awesome! Wish I had a venue like that near me. If anyone knows of one near Tring please let me know.
B

Wonderful mate,not a million miles from me,may have to give it a go.

Nice one and thank you all.


bluemack said:
Wonderful mate,not a million miles from me,may have to give it a go.

If you do go mate be prepared for a long walk to the wall pegs (where you want to be) from the main gate car park. That and a load of people walking, running etc along the path behind you when fishing.
R

Zerkalo said:
Nice one and thank you all.


If you do go mate be prepared for a long walk to the wall pegs (where you want to be) from the main gate car park. That and a load of people walking, running etc along the path behind you when fishing.
Click to expand...

I can cope with the walk but my mate would struggle,he can't walk to his front door without getting out of breath!!!!
He spends too long sitting behind his computer.