I’d love to get another 120M to pair with my amorphous whiskers. I gave one to a youngster nearly 20 years ago. I’ve only recently started to have the odd day on the river again.
T

JohnL said:
I’d love to get another 120M to pair with my amorphous whiskers. I gave one to a youngster nearly 20 years ago. I’ve only recently started to have the odd day on the river again.
Click to expand...

Plenty on eBay mate ,they don't go for much
T

stikflote said:
Tried most of the close faced reels gave granson a gold max and a 506 just this week
i thought the best one was the Ryobi , unfortunately i dropped it when tackling down and it went
into the river ,never to be seen again
Click to expand...

Had three Ryobi closed face reels. Very light reels biggest problem is the availability of spare parts. All three of mine over years of use developed problems with the line pin sticking. Unlike Abu reels parts are often very difficult to find.
If you can find a decent one for a sensible price they are ok but not as bombproof as a mark 1 Abu 507.
Body is plastic hence the weight reduction.

My main reels for float fishing back in the day used to be a 506 and two 501's, but I haven't used them for decades since I switched to open face reels with automatic bail arms.

I've got a plan to pair either a 501 or the 506 with an 11' Acolyte Ultra for some small stream trout and grayling fishing next year.

I’ve got a Abu 501 sitting in the garage somewhere. It’s in perfect working order but I haven’t used it for many years

I've had the 506 and 501, still got a 501 and it's used with stick floats on rivers and light wagglers for silvers on stillwaters still.
B

Closed face reels are another string to the anglers bow. If you are a float fisherman they are essential and will perform better than the centrepin when the wind is in an awkward corner. There are many reports about how unreliable they can be due to line being trapped under the spool and around the rotor pin. I've been there, cursed it and got over it. Most spools have a chenile insert around the spool rims to stop the line passing over the edge and tangling, this happens when the bristles of the chenille flatten out and become useless. The cure is replacement, I use Veniards 2 or 3mm fly tying chenille which is cheap and not difficult to fit. It comes in metres in a range of colours and has put life into reels I had long considered retired. It has worked on all my old reels including the original 501 and 506 I have

I have a pair of ABU 501's which I love to trot with when the wind is blowing at/across me. I removed the drag components on both to make backwinding super smooth. Won a few matches with them back in the day. I also have a Daiwa 2200 closed face spin-cast reel which I inherited from an uncle. Haven't fished with it yet, keeping it more for nostalgic reasons than anything else. Apart from the plastic cowl it's quite well made and the star drag is surprisingly smooth.

I have a few Abus including a Plowman 507 and another 507 with a 506m gear set in it and a couple of 506 models all of which I use from time to time.
I have two CFMs and a CTE that dont get used much.
I know where there are 3x CTE 137s and one CTE 135 all with spare spools and boxed supposedly old new stock that a friend of mine bought at an auction for a shop that went bust a good few years ago.
I am sure he would sell them as they are only gathering dust in his garage as he no longer coarse fishes just a bit of sea fishing off his boat.

This is my closed face reel, ABU 275u. Not top of range but I like it. 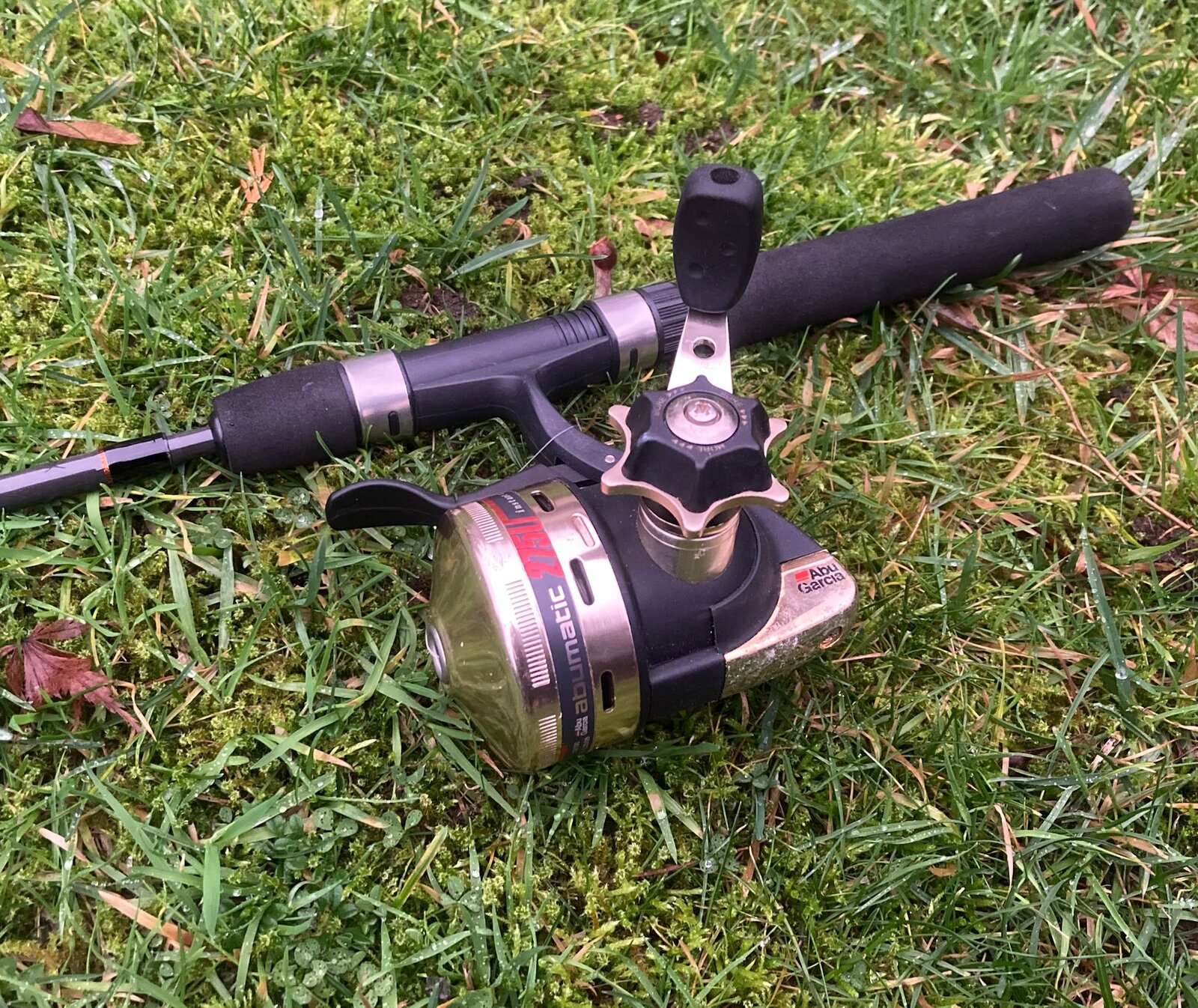 Not really a close face reel like the abu style its normally described as a Spincaster.
Got a few of those kicking about in the unloved section of the store room
T

The abu ones are very easy to service once your familiar with the layout you can strip the whole lot down and grease it back up in 20 minutes.
Not much can go wrong with them, that's one of the main appeals. Line going round the winding cup or tangling round the back of the spool is always a sign new chenille is required again its simple to replace. A sticking pick up pin is almost always a sign the plastic EJECTOR needs replacing.
That's about the only two parts you needs to replacing.
W

still use my original 507 all the time, never let me down, had it since the 70's

I have a pair of the original ABU 507s - and the latest incarnation of the reel, which, although heavier is IMO the nearest they've yet come to replicating the original. I've also currently got an ABU501 - that's strapped to an old Hardy Carbon spliced-tip float rod of a similar vintage.

I picked up a DAM CFM (the infamous 'coffee-grinder') at a car-boot sale a good few years ago - it was a make-weight in a deal to buy a 13' Drennan IM8 Superfeeder and my memory of it at the time was it was rubbish. I'm not sure why but I gave it a go a while later and was astonished at how good it actually was - the retrieve was smooth with plenty of winding power, it back wound smoothly and rarely suffered from the line bedding in - I suspect due to the wider spool. 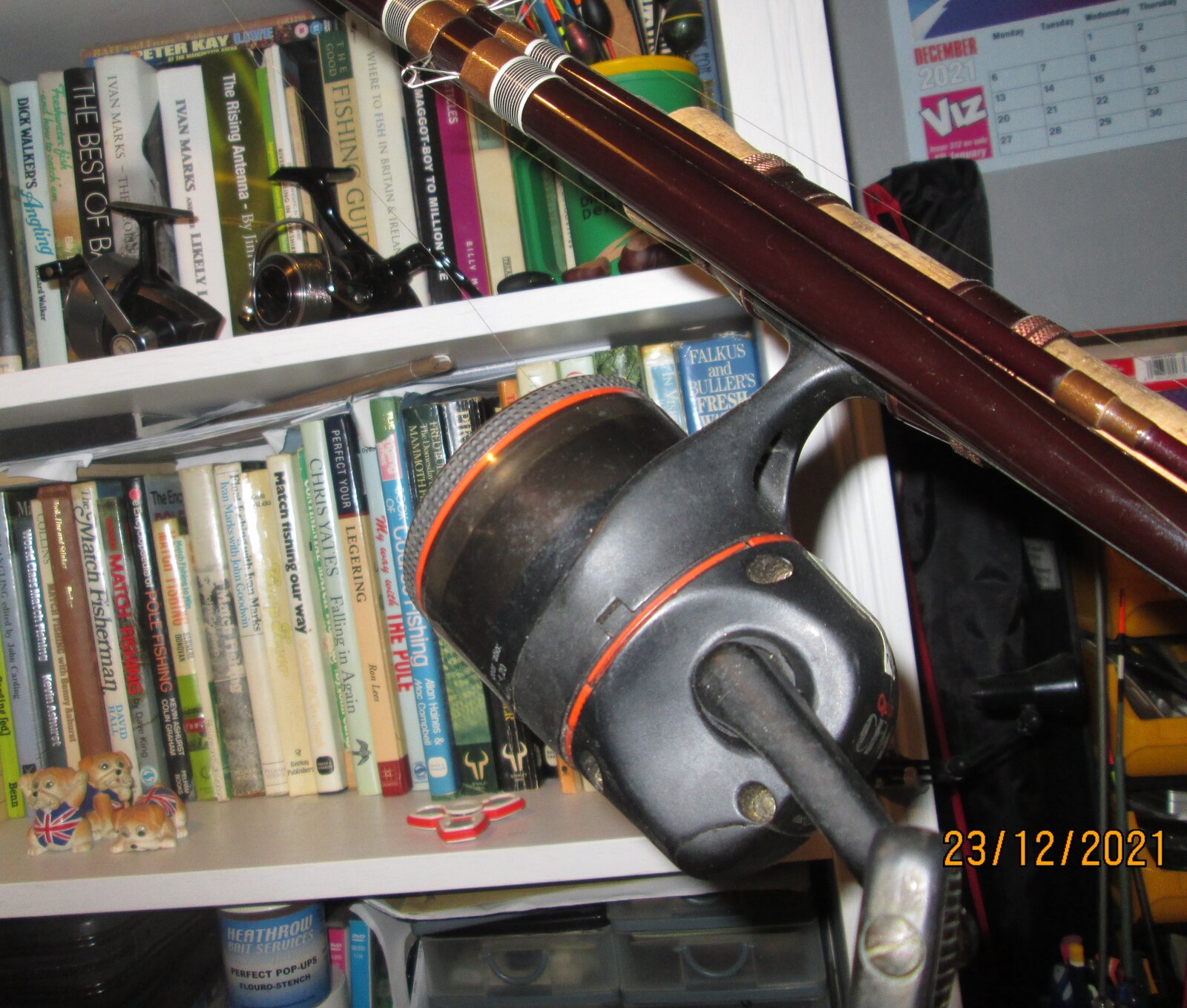 I've probably owned or used most of the various closed-face reels over the years - I never rated the Daiwa120 - no real reason why, I just didn't enjoy using it - I bought one and sold it again pretty quickly. Shakespeare's attempt - the brown Match International reel was a horrible cheap & nasty attempt to cash-in on the success of the ABU models - it certainly never matched the success of the rod with which it shared its name and are actually quite rare now 'cos most fell to bits years ago - ditto the Silstar model.

The Ryobi's are nice reels (other than the colour ) - I had a play with one in a second-hand shop the other year but baulked at the fifty quid asking price. I seem to remember that the original Ryobi reel was all black and the green version was the improved Mark II but I could be mistaken.

That looks exactly like a Shakespeare Match International rod connected to the CFM.

Simon R said:
The Ryobi's are nice reels (other than the colour ) - I had a play with one in a second-hand shop the other year but baulked at the fifty quid asking price. I seem to remember that the original Ryobi reel was all black and the green version was the improved Mark II but I could be mistaken.
Click to expand...

CF-1 was the early black (with subtle green highlights) version. The CF-100 was the later, more garish (mostly bright green) version. I've read that the CF-1 had plastic bushes in some places. The later CF-100 reputedly replaced those plastic bushes with proper bearings.
T

I used my 508's for everything years ago, waggler on rivers / still water, sticks even ledgering at times. Fantastic reels at the time, and so easy to strip right down and service.

Ken the Pacman said:
That looks exactly like a Shakespeare Match International rod connected to the CFM.
Click to expand...

Eagle-eye Ken strikes again
I've actually just removed it and it will shortly be connected to my 17/20' Daiwa Connoisseur for a spot of river fishing early next year.

Simon R said:
Eagle-eye Ken strikes again
I've actually just removed it and it will shortly be connected to my 17/20' Daiwa Connoisseur for a spot of river fishing early next year.

Have you got a match or is it simply for pleasure?

The Hooded Monk, Tench and a fair Irish colleen
2