The Champions v the Novices

A week tomorrow, November 4th, the challenge of the champions v the Novices takes place at Alders Farm Fishery.

Champions Tommy Pickering and super star Nick Speed take on novices Andrew Settle and Trevor Price. The day will be used to raise funds for a Defibrillator to be housed at Alders Farm Fishery .

Having the super stars fishing has obviously got a lot on interest and anglers have asked if they can pop down and watch Nick and Tommy smash up Andy and Trev.... Yes your welcome to come along and those of you who have ordered Toms book he will happily sign your copy on the day ..

If any of you guys want a copy and want it signed get in contact and I’ll ask Tommy to sign it during our match the more of you that buy it the more time he spends signing...??????? we then have a slight chance...
Give me a buzz if you want to know more 07860235655


If you wish to donate towards the fundraiser there are three ways of donating : 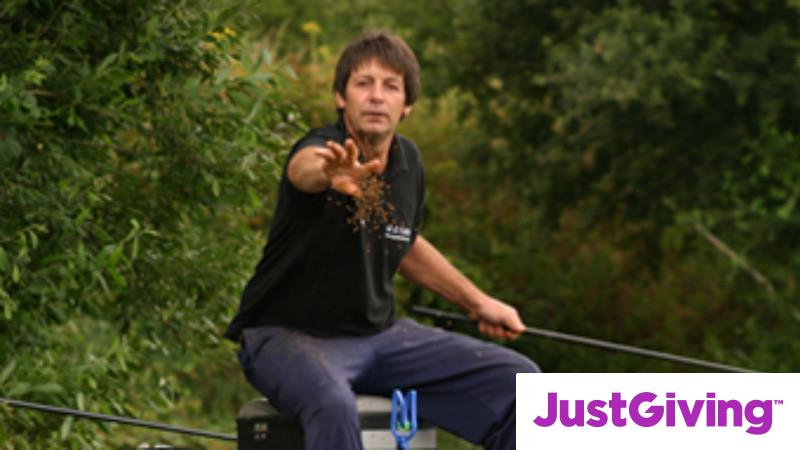 Help raise £1400 to purchase a Defibrillator to be housed at Alders Farm Fishery to be used for anglers and local people using the fishery.

Weʼre raising money to purchase a Defibrillator to be housed at Alders Farm Fishery to be used for anglers and local people using the fishery.. Support this JustGiving Crowdfunding Page.

Or Cash donation to Trevor Price (all donations fully recorded)


Once again thank you all for supporting our appeal your all hero’s .

You're limited to half a pint of maggots though, Trevor. Got to give Tom a chance.

Gutted, was planning to come down to watch but as I'm now in a tier 3 area, can't justify the 270 mile round trip.

Today, Wednesday 4th November the Angling novices Tommy Pickering.
This public humiliation of Trev & Andy is taking place at Alders Farm Fishery MK .
To memorialise a lasting reminder to the novices the day will be recorded by anglings biggest media channel ‘ Catch more media’ owned by top angler Tom Scholey who will not believe what he is recording.
If you would like to pop along and see how the pros destroy the novices your welcome , just let us know. Also, Tommy will be signing his book “Born to Win’ if you haven’t ordered your copy and would like a signed copy and photo contact Trev and he will do the rest 07860235655.
The day will be used to raise monies for a defibrillator based at Alders farm but will also serve the community 24 hours a day. Please feel free to donate as a well known super market once said ‘ Every little helps’

To give you an idea of the quality Trev and Andy are up against here is a brief profile of the pros.

Nick Speed
Match Ace, Shimano /Dynamite Baits Consultant and currently Midland Angler Of The Year Champion Nick Speed has over 30 years angling experience gleaned from fishing at the highest level in Team and individual Matches and on a wide variety of venues such as Rivers, Canals, Drains, Natural Lakes, and Commercials.
His extensive knowledge of Techniques and Watercraft has helped him amass an impressive track record with many Big Match Wins under his belt, ranging from Natural and Commercial venues afar a field as Holland.
In his coaching sessions nick will cover every detail from Watercraft, Bank Side Management, Bait Preparation, Feeding, Techniques, Secret Tips, Rigs, and Terminal Tackle etc.
Whether it's a particular method u want to fine tune or a local venue you want to master, Nick will be able to give you expert advice in every area you wish to learn. Nicks coaching sessions have proven to be some of the best, so be sure to book in advance as his sessions are very popular...

Tommy
As part of this year’s annual Angling Times National Angling Awards, former World Champion Tommy Pickering has been awarded the coveted ‘Lifetime Achievement’ award!
Antony Grigorjevs & Lloyd Rogers sprung the surprise on Tom around 2 weeks ago having finished filming a feature at Maver Hayfield Lakes for Improve Your Coarse Fishing and, needless to say, was left speechless.
Tommy with a superb River Trent catch
Tommy is one of the most decorated anglers in our sport and is still a force to be reckoned with on venues up and down the country
Shortly after receiving the award, Tommy commented:
“I’m a very proud man to have been presented with the Lifetime Achievement’ award by Angling Times. I am absolutely speechless and it’s a very, very proud moment knowing that people in our sport voted for me“.
Tom went on to say:
“Thank you Steve Fitzpatrick and all your staff at Angling Times and IYCF for this award and to all the readers. Not many anglers have won this award but to even be mentioned in the same breath as past winners such as Sir Richard Clegg and Sir John Wilson (well they should be) is an honor“.
“I will remember this for the rest of my life. It has made me feel extremely proud and I cannot tell you how much this means to me so, thank you again everyone concerned for selecting me“.
Tommy has enjoyed a fantastic career and is among one of the most decorated anglers still in the sport. By his own admission, Tommy has always been passionate about team fishing and was first selected to represent England back in 1985 as part of the Float Fishing Championship in Italy – an event Tommy and his England team mates would go on to win becoming the very first England squad to do so. Tommy, of course, would also go on to win the individual World Championships in Bulgaria in 1989.
In 2014, Tommy managed team England to a convincing World Feeder Championship victory for the first time in Ireland. However, above all of his team and individual accomplishments, Tommy rates seeing Emma win the individual Ladies World Championship in 2008 as the most memorable moment of his angling career.
Despite being able to boast such a glittering career, Tommy doesn’t plan to retire his tackle to the shed just yet! When asked what’s next, Tommy confirmed he has set his sights on a number of domestic events including the UK Champs, which he has previously won on three separate occasions, as well as the World Pairs and numerous high profile festivals.

Trevs ...achievements managed to get a sponsor for being so bad ...BBBTackle
Run by the man himself Billy Big ****** who said after watching Trev I couldn’t believe how bad an angler could be so decided to give him a set of bait boxes and a disgorger.
Come along see him fish and you will realise if you think your bad there is hope for us all..

Good luck Trev and Andrew and all the best to you Tommy and Nick, bring home the bragging rights

I enjoyed that, keep them coming Peter

Well what can I say? How do I put into words the response to our appeal to raise funds for Defibrillator to be housed at Alders Farm.
The idea came about after Andrew Settle of Joseph James Law came up with idea of a challenge against two of Yorkshire’s finest .
Tommy Pickering and the one and only Nick speed.
The match itself was the two Champs against us novices and to be fished at Alders Farm.. The form pegs were 1 to 6 which we originally agreed the days pegs would be 1,2,4,6 which gave the camera guys access to the anglers by via the spare pegs.
However on the morning it was decided to omit 1 and substitute it with 8 which to be fair was great for the cameras but with 8 having no form over the last few weeks had me worried.
With 2 and 6 being the stronger of the draw I was praying Andy drew those pegs?? my heart sank a little when the champs got that set .
Not only are they brilliant anglers but in fairness the strongest pegs. Andrew put me on 8 with only 20lb coming off it the day before felt I may get slightly more than himself.
Speedo drew 6 which from October to March is the most consistent peg on the fishery so we knew it was all uphill with Tommy on 2 it would take a Herculean effort to overhaul these legends.
Speedo started off with here in the first 5 minuets same as Tommy I had 1 Andy was still to catch.
I opted for 8 My plan was simple to fish the wag feed the edges come on the pole last hour and see if the bigger fish would play ball.
The bank runners were fantastic keeping all anglers informed and at 14.20 I went down the edge which resulted in two foul hookers . A slight adjustment to the saw 6 fish in 8 Minutes and myself and Speedo had game on.
As far as the match went disaster struck as we had to finish the match 45 minutes early to do the filming and photos .
The champs won the day with 282lb to our 227lb
Speedo 170lb
Tommy112lb
Andy 87lb
Mysel 140lb
I can honestly say it was an honour to fish against these guys simply a different class and the big bonus it raised awareness for all fisheries to try and get a Defibrillator at their venue if it saves one life
As far as fund raising goes the final figure will be announced Saturday 7th November at 19.00 If we are fortunate enough to hit the target any excess will be donated t the Air Ambulance which I think you will agree a very worthy and fantastic cause.
This leaves me to say a massive thank you to all you MDs each and everyone of you a hero. Dave Webster for his immense efforts .
Buttles Building supplies Leighton Buzzard for donating all the materials.
The family at Alders
The legend who is Tommy Pickering ( if you haven’t got his book yet get it foe Xmas brilliant) Andy and Speedo.
Thank you Thank You Thank You
If you want to donate you can find us on the just giving page .

Help raise £1400 to purchase a Defibrillator to be housed at Alders Farm Fishery to be used for anglers and local people using the fishery.

Weʼre raising money to purchase a Defibrillator to be housed at Alders Farm Fishery to be used for anglers and local people using the fishery.. Support this JustGiving Crowdfunding Page.

What lake was it on? I assume Ash.

The fundraiser has finished but there's still a Signed book and Rive Box being sold to the highest bidder,

The total raised is a staggering £3,000 - well done to all concerned, fantastic effort 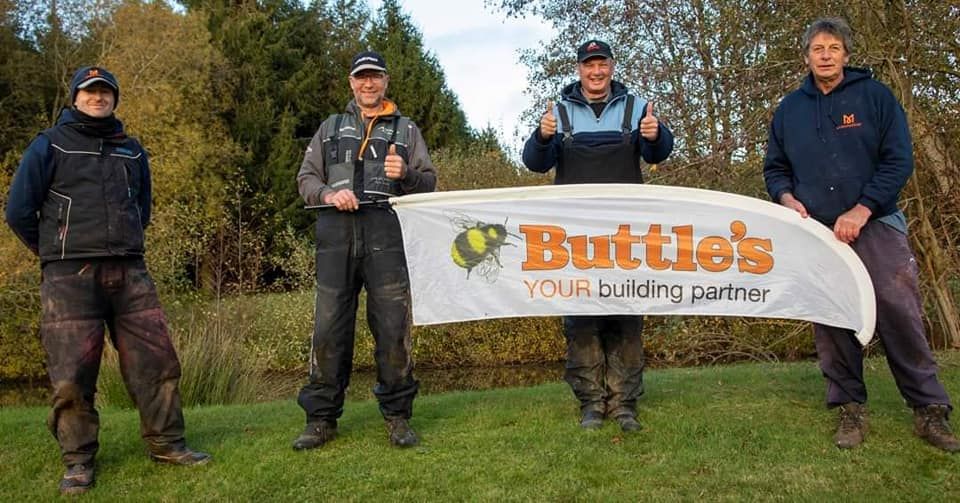 Dave said:
The fundraiser has finished but there's still a Signed book and Rive Box being sold to the highest bidder,

The total raised is a staggering £3,000 - well done to all concerned, fantastic effort
Click to expand...

The auction for the Tommy Pickering Book and the Rive D36 seatbox have now ended raising an extra £ 421 to add to the pot.