The Blades have Gone Blunt

160642fishing said:
Didn't take long for Pulis to see the light did it.
Click to expand...

Jump before his record is bust. 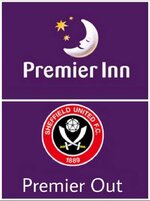 Don't laugh too loud W/O,the wheels seem to be coming off for the supposedly Worlds best manager at Elland Road.

160642fishing said:
Don't laugh too loud W/O,the wheels seem to be coming off for the supposedly Worlds best manager at Elland Road.
Click to expand...

I know mate its not signed in next year yet

I am no Sheffield United fan,but many congrats on stuffing it to Man U

Two chances well taken by the Super Blades.
McGoldrick's outside boot effort would have been a beauty too.
Two mistakes by De Gea, Pogba didn't turn up along with old mate Martial "He's going to be a Great Player some day!"
& why did Cavani not lead the attack for Man Utd for the full 90mins?
If I had a say at Utd, I'd be showing Pogba, Matic, Martial & De Gea the door.
I don't know if he's injured but where is Mata!
Brilliant at creating like Gundogan and Bernardo Silva.
I'd be dropping that Martial lad for Mata & play Cavani, Greenwood, Rashford with him.
Dean Henderson is a far better Goalie too than De Gea.
I hope the Blades can push on with this confidence boosting win though ..............

It’s some achievement to get just 11 points in a whole season.

There's a good chance they'll get past 11 now.

I just wish they'd get the ball in the box a bit more,especially against teams with poor defensive records like West Brom.again last night they were in good positions to cross it with men in the eighteen yard box and it gets played backwards until they lose it,

Looks like Chris Wilder has gone,can't understand the thinking really,they would need Merlin the magician to save them and Wilder would probably have been the best bet to get them back up,having said that his major signings just haven't worked out,whoever said McBurnie was a Premier League striker doeasn't understand football and young Brewster probably needed a season in the Championship to get first team confidence,it was a lot of money for a Liverpool reserve who spent most of the season on the bench,I can't see any decent manager wanting to go to the Lane when the Prince in charge treats Wilder as he has.
Y

Does seem a strange decision, must be some issues between owner and manager as he has the experience of getting them promoted. Be interesting to see who is brought in, wether it's a manager for the rest of the season or someone with experience of getting teams promoted after relegation. Could it be one for Eddie Howe?

Thought Howe, Newcastle and Sheff Utd to start the bidding?

Burnley was too far North for Eddie’s Mrs.
Apparently she gave him the ultimatum‘I’m going back to Bournemouth, are you coming?”

football and the pandemic....