Well after Saturdays planned last Thames Roach session of the summer before Thursdaye equinox ended up being a just fish for bites session I just had to get back out for one last proper go today. Plan was to fish the stretch opposite sandford meadows but the carpark that end was packed and as I’m still restricted to just a 14ft rod atm whilst I wait for a new butt section for the 13ft I didn’t want to risk getting stuck in a parrot cage swim so went up the old channel instead. Was quieter up there (at least to start with was full by going home time which has only happened a couple times previously so far this season) so I could have gone in my favourite swim. But after 7 sessions in it this summer I had vowed to not return to it until well into the autumn so kept that vow and went in my second favourite one instead. I’ve fished a couple short sessions in it this summer but not a full one in it in over a couple years so felt today was the day to get back to having a proper crack at it. Weather wise after some very autumnal weather on Saturday it was back to something a bit more like summer today with temperatures just about clearing 20 during the brief sunny spell in an otherwise overcast and thankfully after Saturdays near hurricane gusts very calm day. The river had dropped a bit since I was in my favourite swim next door just over a week ago so was now very slow again but still had a bit of flow and was a nice colour so I was optimistic of another good session. Only thing stemming the optimism was that having not expected to be on the river again today or even any time soon I’d given my tares and what good sized hemp I had left to my grandad, who wasn’t with me today, to use in the week so it was back to what has been in the last month or so uncharacteristically small tinned hemp. That all but guaranteed a small stamp and proved to be the case but with the conditions good I was at least confident of plenty fish which was also thankfully the case and it turned out a nice session to end the summer with.

Started fishing just after 8.20 and had the obligatory few bleak on waggler and maggot before switching to hemp. Had roach from the off but small and few and far between for the first half an hour as it took a bit of playing around with depth and shotting to dial in on them. By about 9.15 I seemed to figure it out then had a good spell of better roach and silver bream until about 10 at which point the catch rate carried on nicely but the stamp fell away again and it carried on that way until about 1 when I had couple battles with pike. That slowed things up a bit initially but by about 1.30 the catch rate picked back up again and there was a bit of an improvement in size again (relatively speaking of course given the little hemp) and I had a good couple hours until finishing up at just before 3.30.

Ended up with 82 roach, 6 silver bream, 5 chublet, about 15 bleak, a single gudgeon and what might be a first for Thames hemp session in the form of not a single dace which was very odd! So another good day numbers wise so no complaints there at all. As I say the stamp wasn’t great but thanks to the numbers I might have just about had a dozen pounds of roach then probably getting on a stone all in once the other fish were added. So not stellar but not bad at all either so was another enjoyable session much more appropriate to end the summer with than Saturdays but of a struggle. Nice to have a bit more summery weather again as well even if I didn’t get much warmth sat in the shade!

Tackle wise as I say I’m still without the 13ft acolyte ultra until I pick up the new butt section (presumably this week as was supposed to be a chance of last week!) but tbh having only one float rod didn’t hamper me too much as the fish stayed fairly deep. Probably would have caught say half a dozen to a dozen more roach if I’d had the second rod to play around with depth a bit more but certainly wouldn’t have made enough difference to have transformed the session into anything spectacular. So more of less the only set up of the day was the 14ft drennan acolyte ultra float rod paired with a 2500 shimano sahara RD reel loaded with 3lb maxima wit strung out shotting to a size 18 to 2lb drennan silverfish hook to nylon set up about half a foot off bottom in probably 5.5ft of water. I did set the whip up but its not really a suitable swim for it when it’s barely flowing so only had a few bleak on it so no point going through that set up. Hookbait beyond the few bleak on single red maggot was just hemp over loosefeed of also just hemp as like I say I had no tares to try today. Groundbait was dynamite silver x roach super black stuffed with hemp and maggots of which I did my usual initial few balls but also had to top up with a ball three times today having rarely had to top up this season at least not more than once on any other session.

All in whilst obviously a smaller stamp than I’d have liked plenty of roach were caught with enough decent ones to make it enjoyable and keep the run going of getting a good certainly double figure roach bag every time out since the start of July. Well aside from Saturday which would have still done so overall and a trio of much shorter shorter sessions. So guess all in 12 double roach figure sessions. So today was a fitting end way to end what’s been a great summer on the Thames. Nice to get a bit of sort of summery weather again today as well as thought we’d seen the last of that after the last couple days this weekend have been cold! It’s been the best summer I’ve ever had on the Thames so far as numbers of roach and consistency in terms having a good session every time out (at least not since June which is always rubbish) only shame is the stamp has been down on normal. But with higher average numbers the bag weights would be much the same as usual and apart from being a little too dry and hot at times the weather has mostly been great as well. Got plenty of sessions in as well 19 in 3 months ( would call 15 successful) and would have been a couple more if not for detour to the severn for a couple sessions. Certainly been very enjoyable and its now been 3 good roach summers in a row now for me after a few years of more mixed Thames fishing before that.

Will be a while till my next session now as I’m otherwise engaged the next two weekends. That means my next session will be somewhat different as it’ll be whist on holiday in marathon. It’s not an out and out fishing holiday so it remains to be seen how much decent fishing I’ll get done but I’ll certainly try get a decent amount in. Never done any sea reports on here as all the sea sessions at home and in florida that I’ve had since I’ve been on the forum were pre Covid when I was new to the forum so wasn’t sure what the protocol was on non coarse fishing reports but this time if I have any sessions worth reporting I’ll do so.

All that means my next opportunity for a coarse session will be nearly a month away being the day I get back from holiday. Not sure I’ll be up for fishing that day and if I am certainly not the river so would probably be a quick canal session so the next Thames session will be over a month away which is the longest break I’ve had from the river in season, aside from prolonged floods, in a good few years. Will possibly be quite different fishing then but probably still roaching unless we have a ton of rain and maybe still on hemp if it stays fairly warm and fairly dry but could be on maggots by then if it’s a bit cooler and or wetter. Certainly won’t be green leaves on the trees by then that’s for sure!

Pics of the swim in front and downstream unfortunately early on when it was gloomy as forgot to get some during the sunny spell plus a selection of roach. 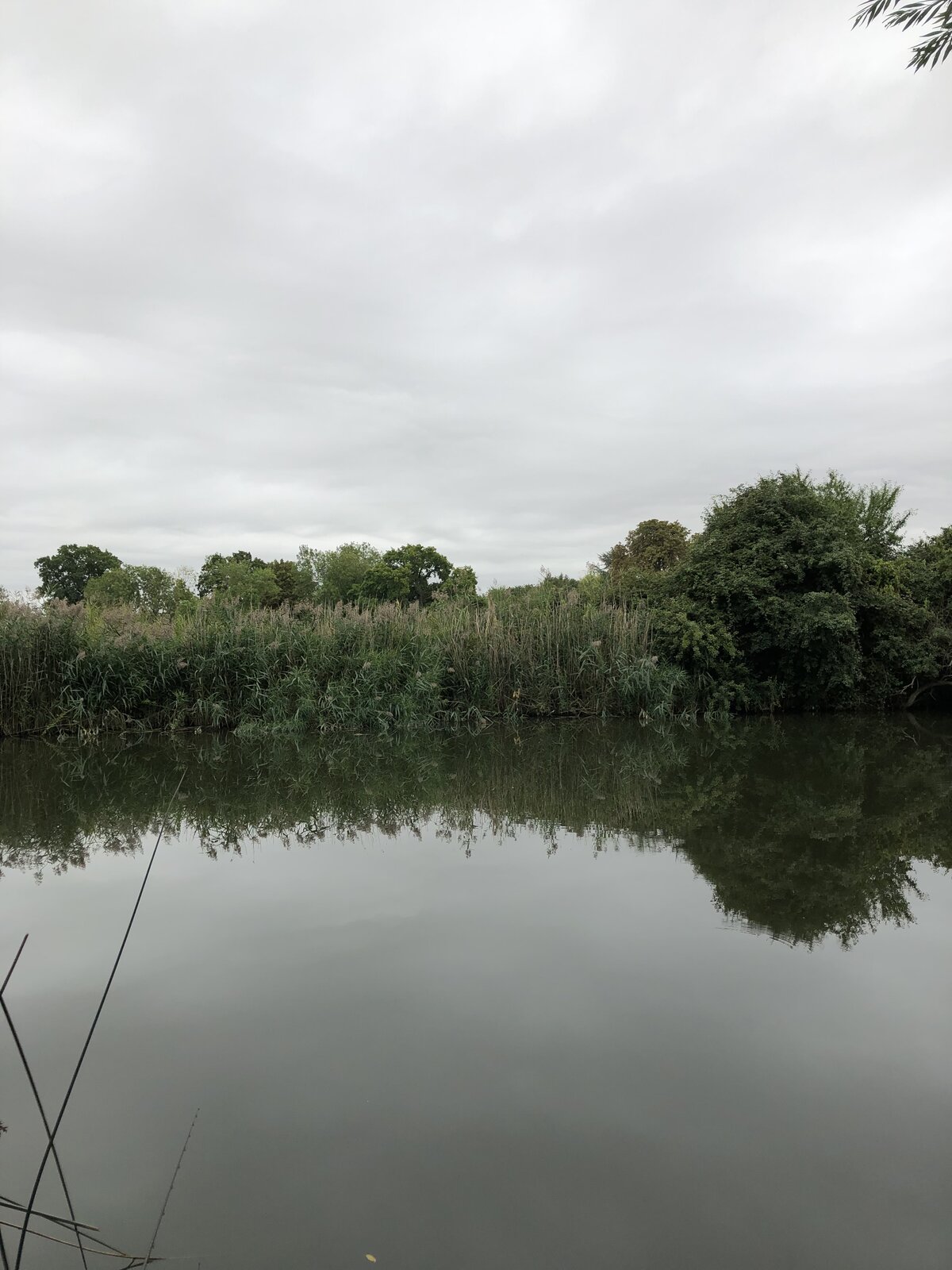 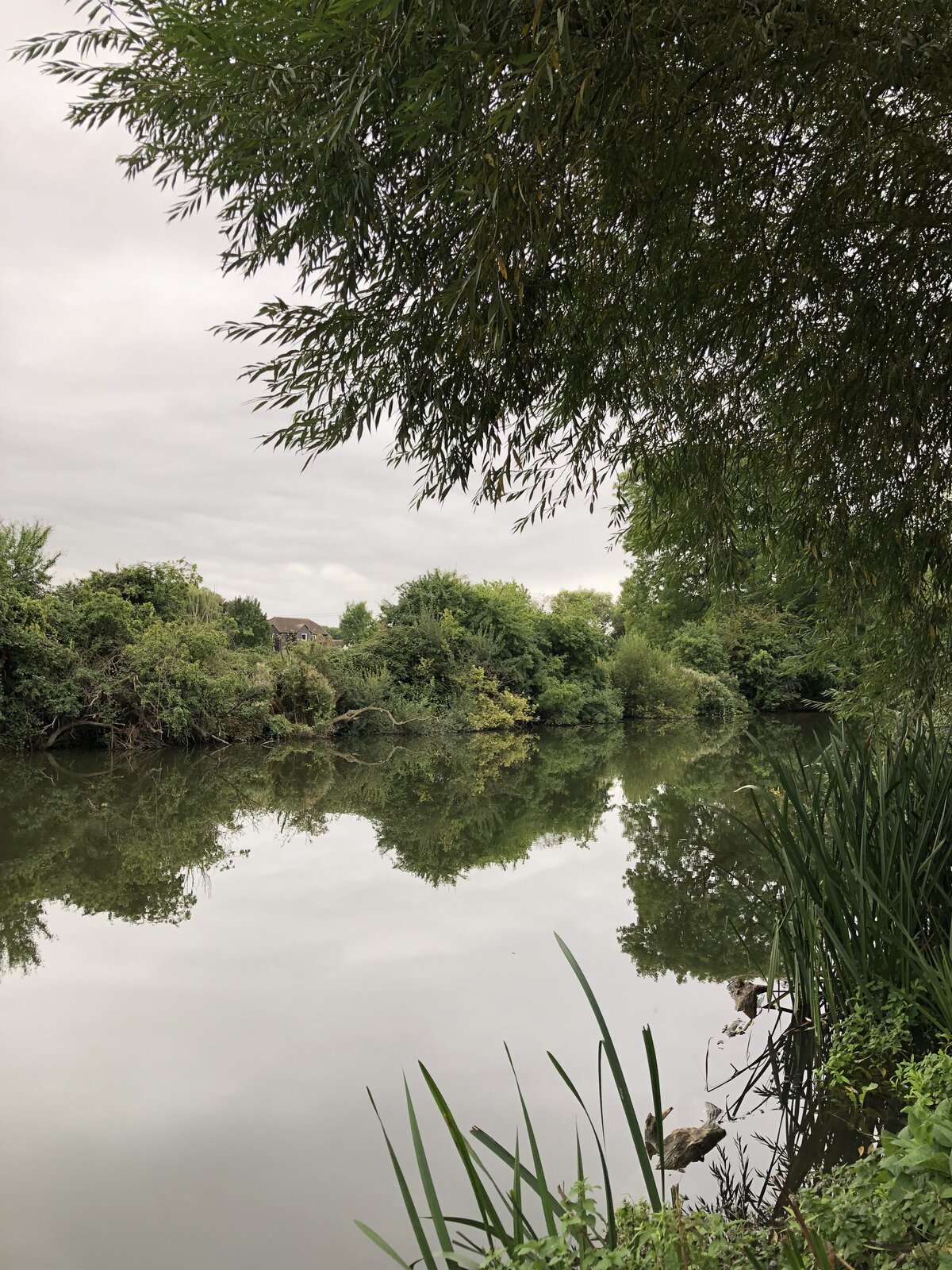 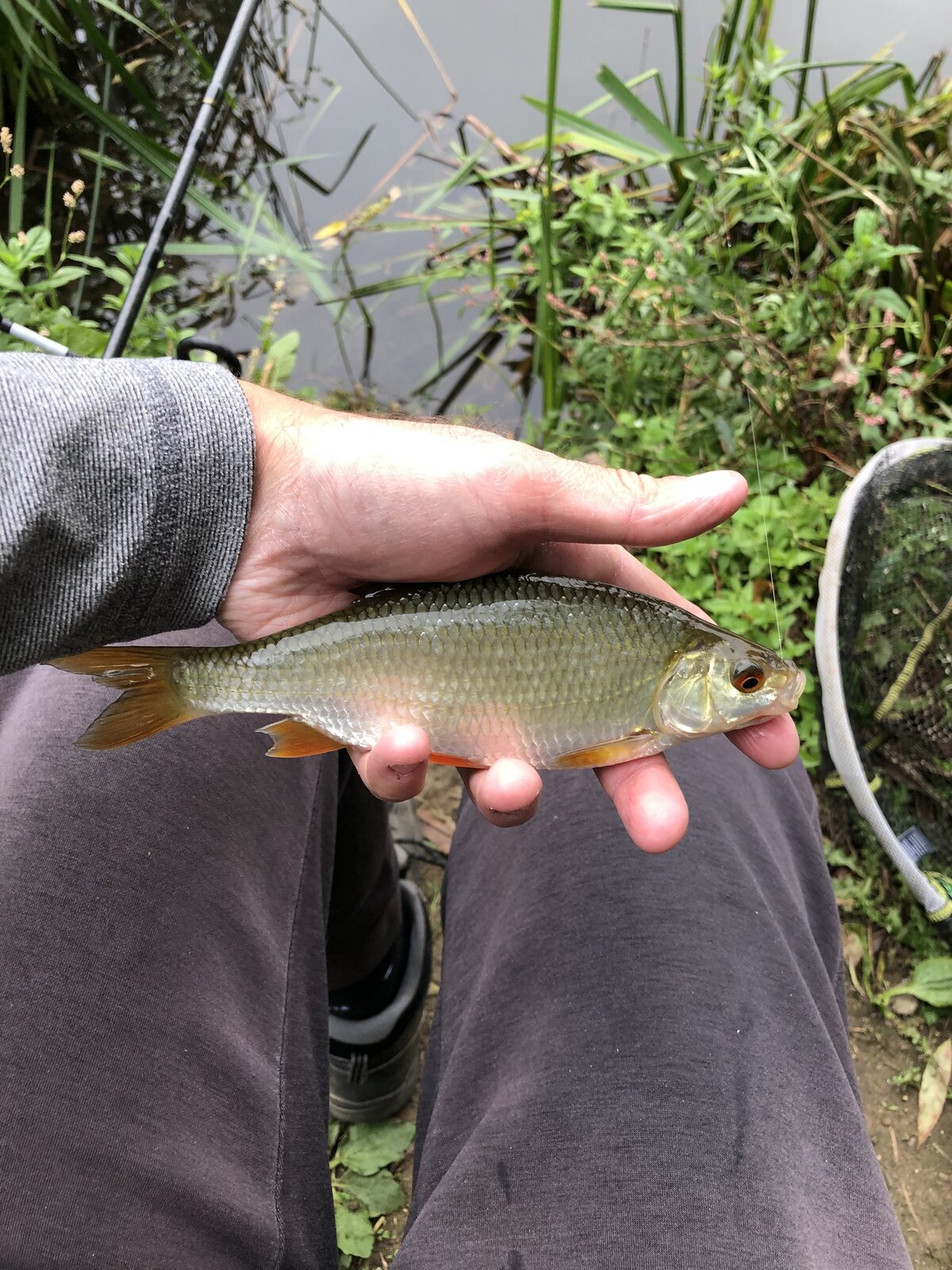 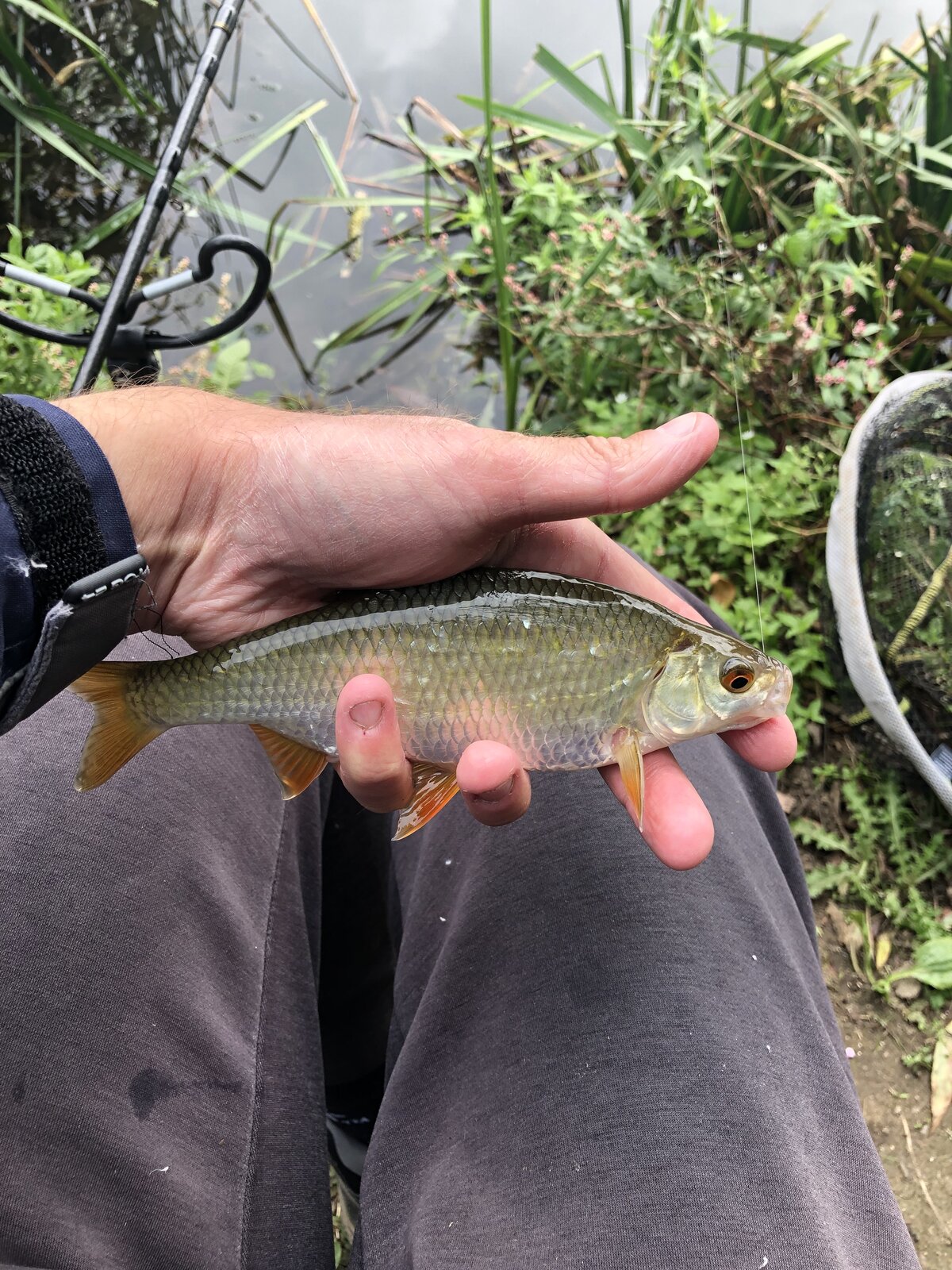 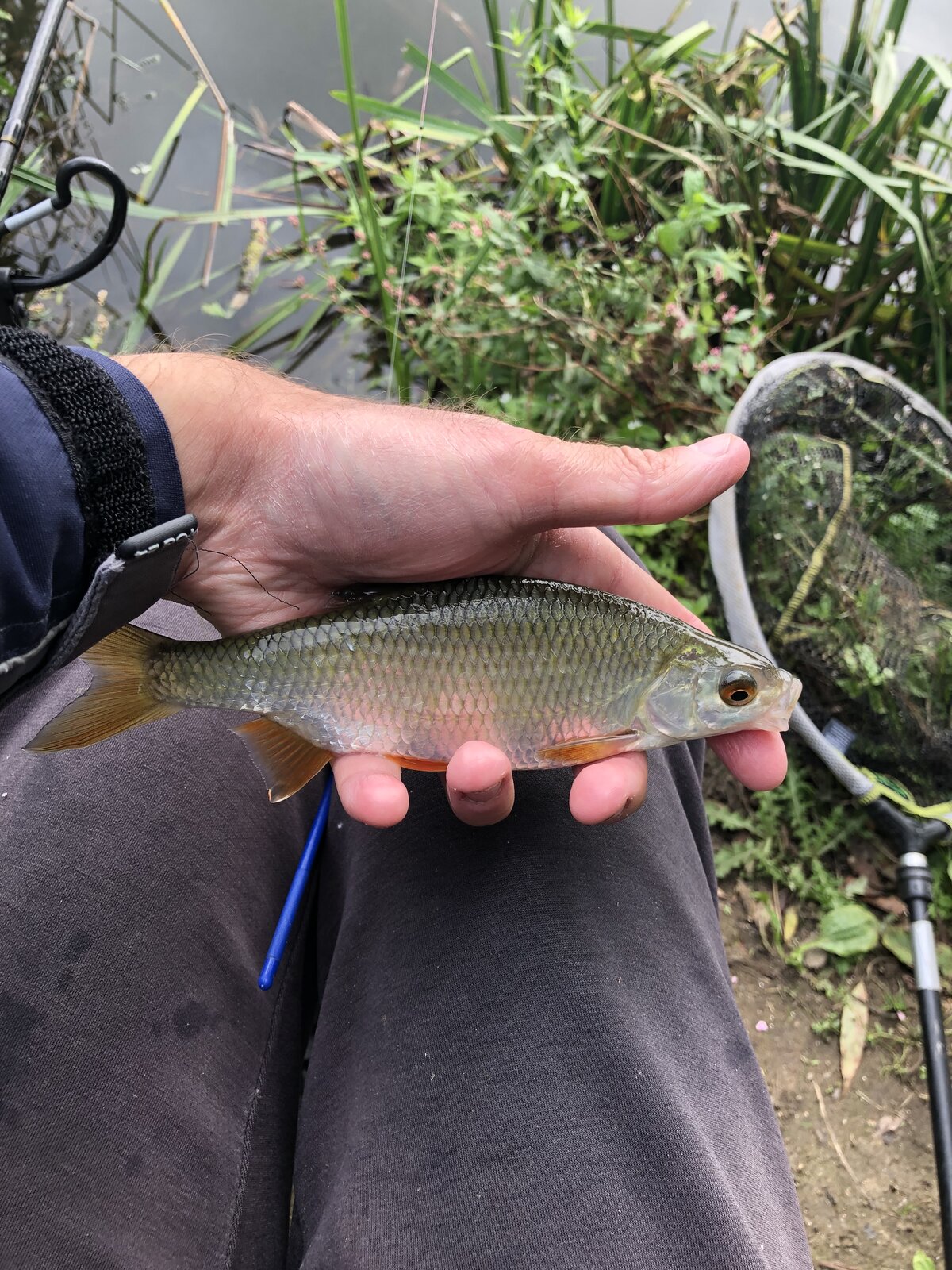 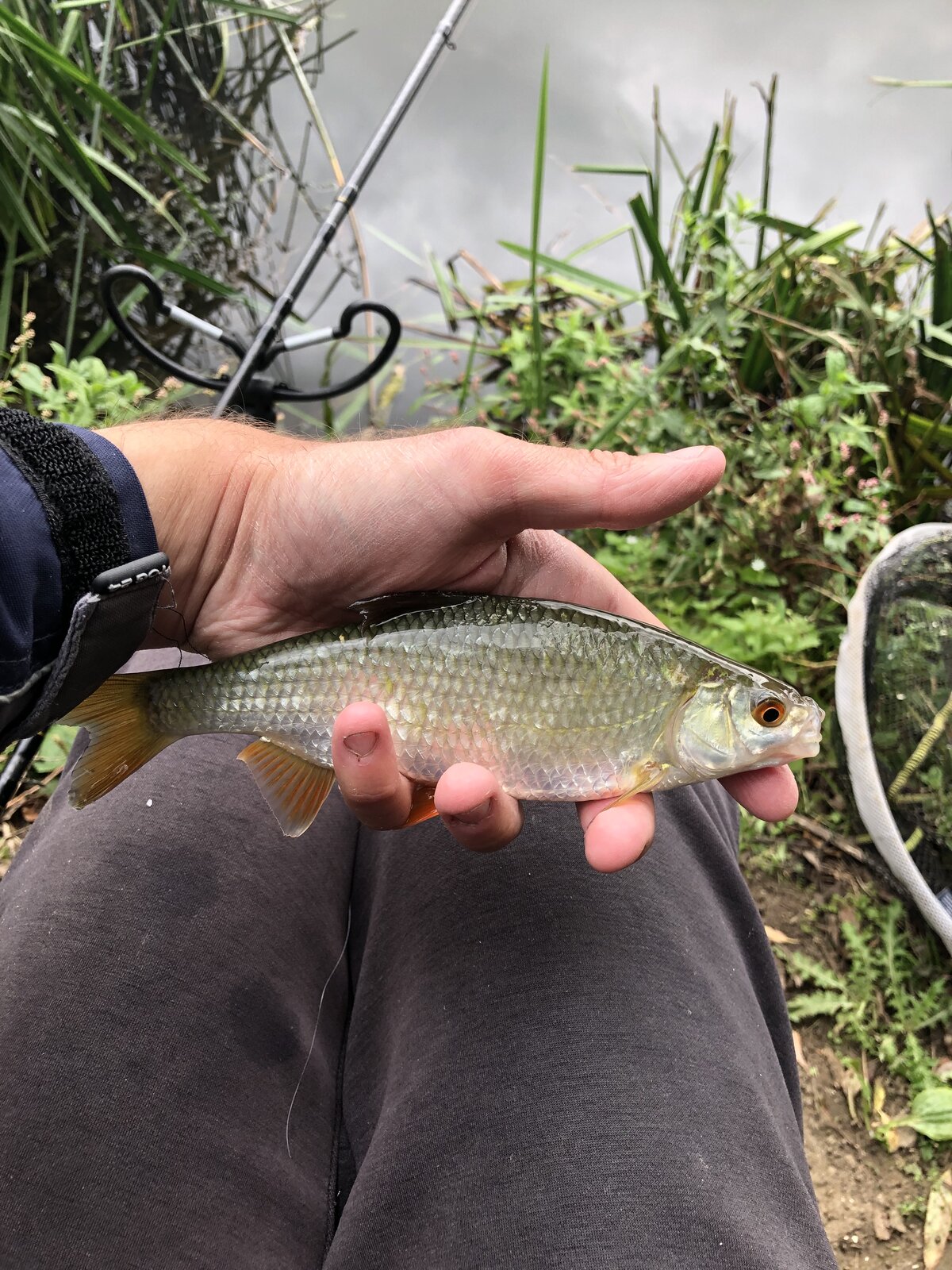 Blimey, it wore me out reading that

TiggerXFM said:
Blimey, it wore me out reading that

I know if I get interrupted whilst compiling reports (been doing dinner and washing!) I end up doing proper waffly reports as just lose my thread then cba to go back through them and cut them down

Only kiddin, you do great reports

TiggerXFM said:
Only kiddin, you do great reports

@Silverfisher I noticed today that the flow was next to nothing on there, well it was on the peg I was on near the stile.
I thought the tractor and grass cutter may have spoilt a couple of swims by the vibration and noise up towards the Weir end

Just noticed I somehow completely cut out the float from the set up bit! Was a 2g drennan loaded crystal insert waggler, could have got away with 1.5g in hindsight but was forecast a little bit of breeze that never materialised but erred on the side of caution with the 2g.

warrington63 said:
@Silverfisher I noticed today that the flow was next to nothing on there, well it was on the peg I was on near the stile.
I thought the tractor and grass cutter may have spoilt a couple of swims by the vibration and noise up towards the Weir end
Click to expand...

Tractor didn’t seem to make much difference but now you mention it I don’t recall seeing it in there very often before unless I’ve been oblivious to it!

Just seen the match results from down on the meadow the day before I went. Not particularly high weighed unsurprisingly as was blowing a Gale and cold on Sunday but wasn’t half a tight top 3 again for the second match in a row with 12lb 12oz, 12lb 3oz and 11lb 3oz after the match before that a couple weeks ago was (in admittedly better conditions) 15lb 11oz, 15lb 10oz and 13lb 10oz. Shows its a fair stretch I guess!

Not enough pegs pegs on the old channel for matches thankfully or would be a challenge getting to fish around there some weekends!