Well after another good if a little warm session in my favourite Thames swim on the sandford old channel last weekend I still can’t pull myself away from probably the only banker river fishing around here atm so was back for another go today. Started off a very gloomy morning and was even evidence of an overnight downpour (looked the river was slightly more coloured and quicker for it but probably imagined it) but that soon burned off as ended up rather warm probably only a couple degrees shy of the 30 mark which want forecast. What was forecast though was a strong wind and my god was it strong at times. Thankfully it was gusty rather than constant (pretty calm for the equivalent of probably half the session I guess) and primarily from the south so upstream and mostly at enough of an angle to not whip up the whole river thar often so didn’t inhibit the fishing too much save for when it gusted (which it would do from every direction weirdly!) but when it did gust it was proper crazy. Couldn’t hear yourself think through the noise of it blowing the trees and was a couple almighty cracks as a couple willows opposite lost limbs and was odd minutes where you could cast it it would end up miles upstream with a massive bow. Makes you realise why trees lose their leaves to cope with winter storms as they really are like sails in summer bloom when us mega windy! But as I say it wasn’t a bad direction to fish in and with the river not looking bad still and this swim being just so consistent I was hopeful of a good session again and it actually turned out to be my best session of the season so far.

Started fishing just before 8.30 on waggler and maggot and after a a handful of bleak and a chublet in that guest 10 minutes I switched to hemp. First 20 minutes were a bit iffy with chublet and a couple roach but at 9 I switched to the longer rod fished slightly shallower and changed to feeding more often but smaller quantities and seemed to find the right method for the day much quicker than I had on the previous two sessions when I felt it was a good couple hours at least before I felt I was doing it remotely right. I sailed past my totals for the previous two sessions with plenty of time to spare before eventually packing up just before 3.30 having had a lovely session. Despite having my grandad back with me today we couldn’t really talk properly due to the noise of the wind drowning out probably cumulatively the equivalent of half the time so I could easily keep count of the roach again. This time I ended up with 77 of them which I was well chuffed with as I probably only better than once or twice a season and in better conditions than today had. In addition I had at least 10 silver bream, at least 10 bleak, 6 dace and 4 chublet so definitely over 100 fish all in. Reckon I’d have had just about had 15lb of roach alone so once the other fish were added I doubt I’d have been more than a couple pounds shy of 20lb so very pleased with that given the conditions as would be happy with that in any conditions. Felt I fished it just about as well as I could have done in the conditions as well which was nice as often feel I leave quite a few fish behind through taking a while to suss things out but don’t think I missed out on that many today as certainly had it pretty much right well within an hour. Pretty sure with less wind there were potentially another couple dozen roach to have but just have to save that for a calmer day dint think I could have got a lot more today so very satisfied.

One thing that made it easier to cope with the wind today was that the fish held a bit deeper than they had on the previous sessions which made hitting the bites much easier as had more time to get ready for them. Definitely had less bites than the previous two sessions but hit a much higher percentage of them hence the better result. Had a few theories rattling round my head on why first being that I thought it was slightly more coloured and quicker but still think I might have imagined that. Second was that the sound of the wind and ripple muffled the noise of the feed landing so the fish didn’t come up to it as quickly which may have been the case. But most likely reason I reckon was that because I only used tinned thus bigger hemp rust rather than supplementing it with the odd bit of smaller cooked hemp it simply sank quicker this keeping them lower. Could all be rubbish though but glad it happened whatever the reason as it made battling through wind much easier and resulted in definitely the best session on the river so far this season.

Tackle wise as I said I was off the shorter float rod quickly so no point going through that set up so the successful set up was the 14ft drennan acolyte ultra float rod paired with a 2500 shimano sahara RD reel loaded with 3lb maxima to a 1.5g drennan loaded crystal insert waggler (picked up by accident intended to use 2g again but seemed to work ok so didn’t change it) with strung out shot to a size 18 to 2lb drennan silverfish hook to nylon. Best depth today was about half a foot off bottom in probably around 5ft of water but must confess I’ve stopped plumbing this swim exactly now as they come off the bottom to some degree every time when it’s low and slow so is more about moving the float about til you find the right depth. Hookbait beyond those early few bits on single red maggot was just hemp as forgot tares today. As no tares loose feed was also just hemp as well over an initial few balls of probably a 40/60 mix of sonubaits river and black river stuffed with hemp and red maggots.

As Grandads bad back has now reached the point where he can really on float fish if I’m perfect conditions he was on the feeder again which as usual for a slow low river was pretty rubbish. But hard to follow what he was doing but he was catching probably on average every 10 minutes fish of half the stamp of mine so probably ended up with 40 odd fish made up of a pretty even mix of roach, chublet and bleak for probably a fifth of my weight. Definitely could have doubled it with more effort but effort equals pain for him at the moment so can’t say I blame him for more or less just having a day in the sun and think he enjoys watching me do well. Is seeing a private specialist about his back next month which is about time as it’s been slowly curtailing his fishing career over the last maybe 3-4 years.

All in all despite fearing the worst a bit with the wind forecast it ended up a really successful and thus enjoyable session again definitely the best of the season so far. Still definitely more to come from this swim though this season if I can only catch it without so much heat and/or wind so I’m afraid there will be one more repetitive report to come this month as taken Thursday off to have another go at it (if I can get in it if not will go at the weekend) as looks slightly cooler and a fair bit calmer then. Whilst getting probably couple pounds shy of 20lb today made for a really good session I’m sure I can add a handful more pounds to that if I get my tactics right like today but in better conditions so got to give it one last go before the end of the month. Promise you won’t see me there again until September after the next session though as august will see more mixed fishing for me and if I get in this place Thursday I’ll go somewhere different to round out the month at the weekend as well.

Repetitive pics again for regular readers (not for much longer I promise!) as I’ve said before reports are for readers old and new so it’s the swim ahead, upstream and downstream (taken between the gusts as hate a windy photo as they look miserable), a selection of roach and a token dace. 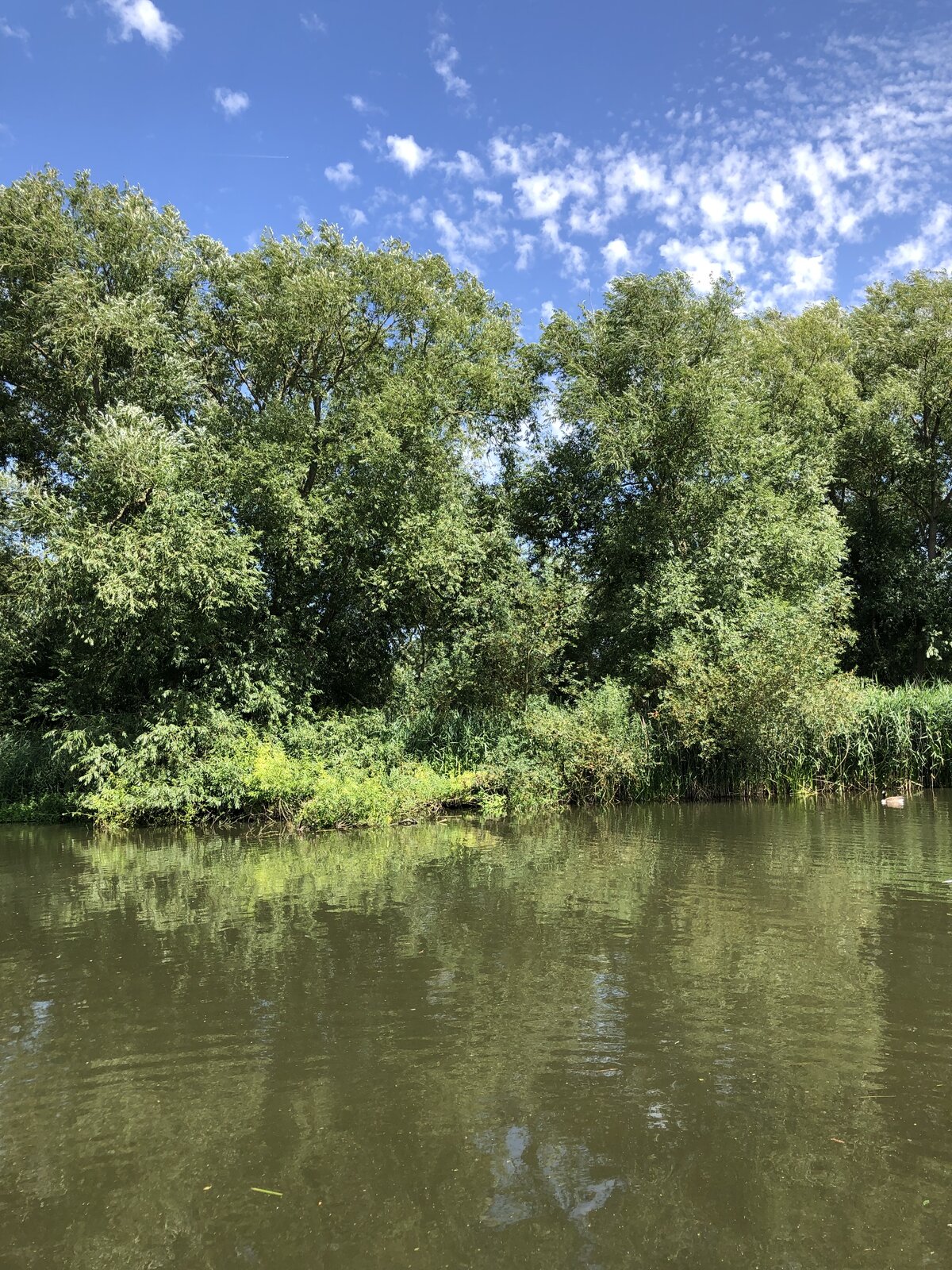 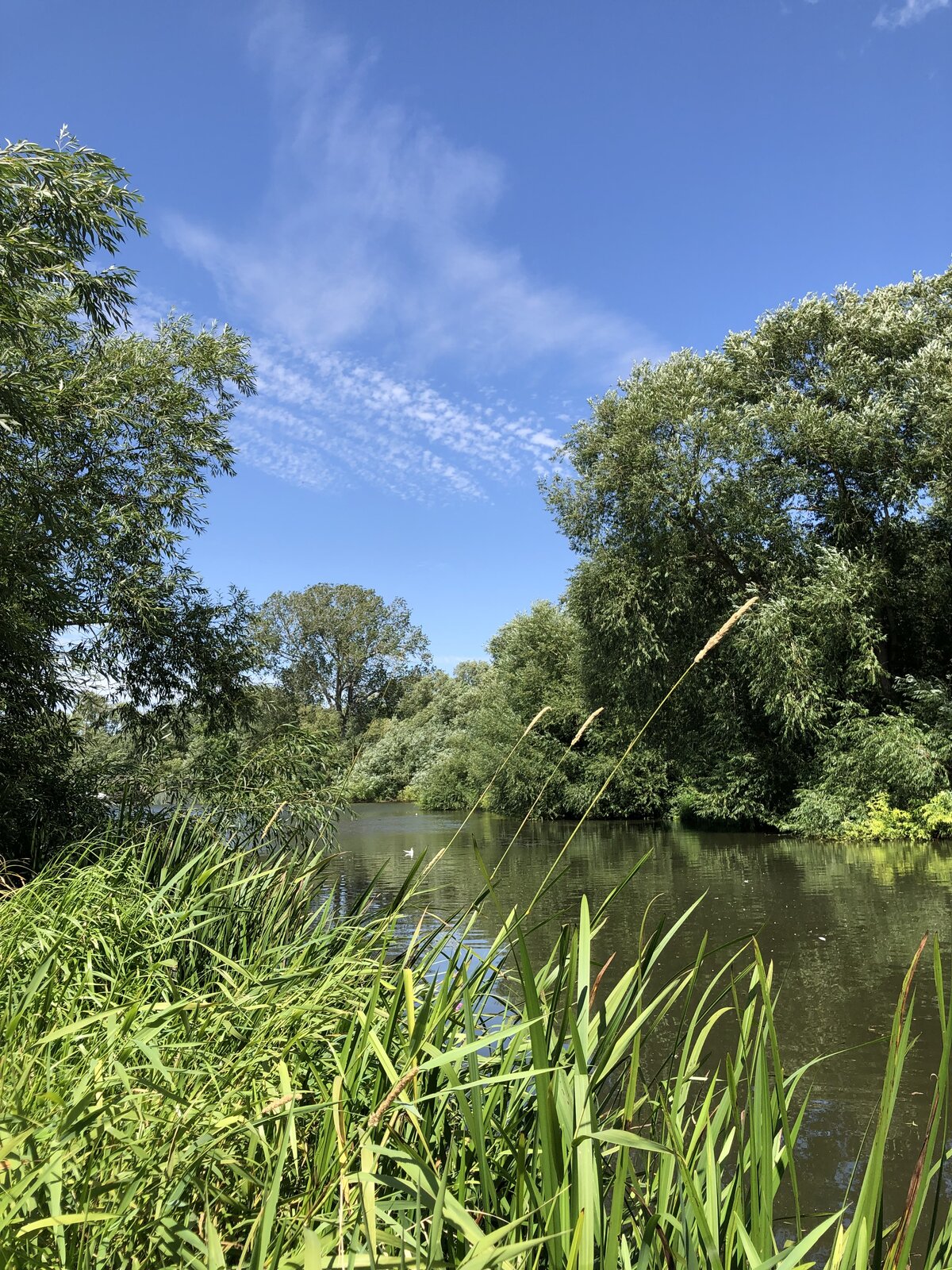 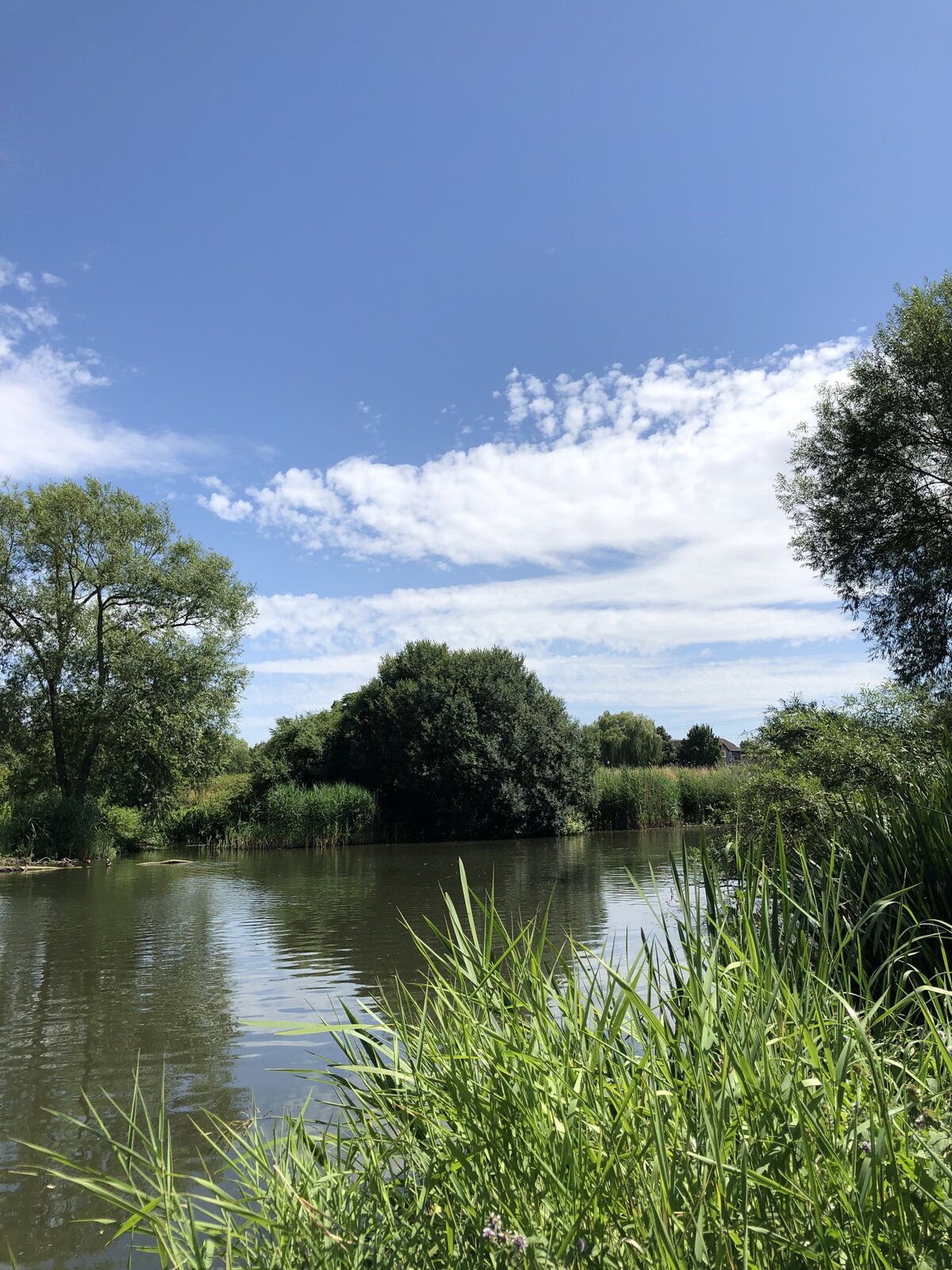 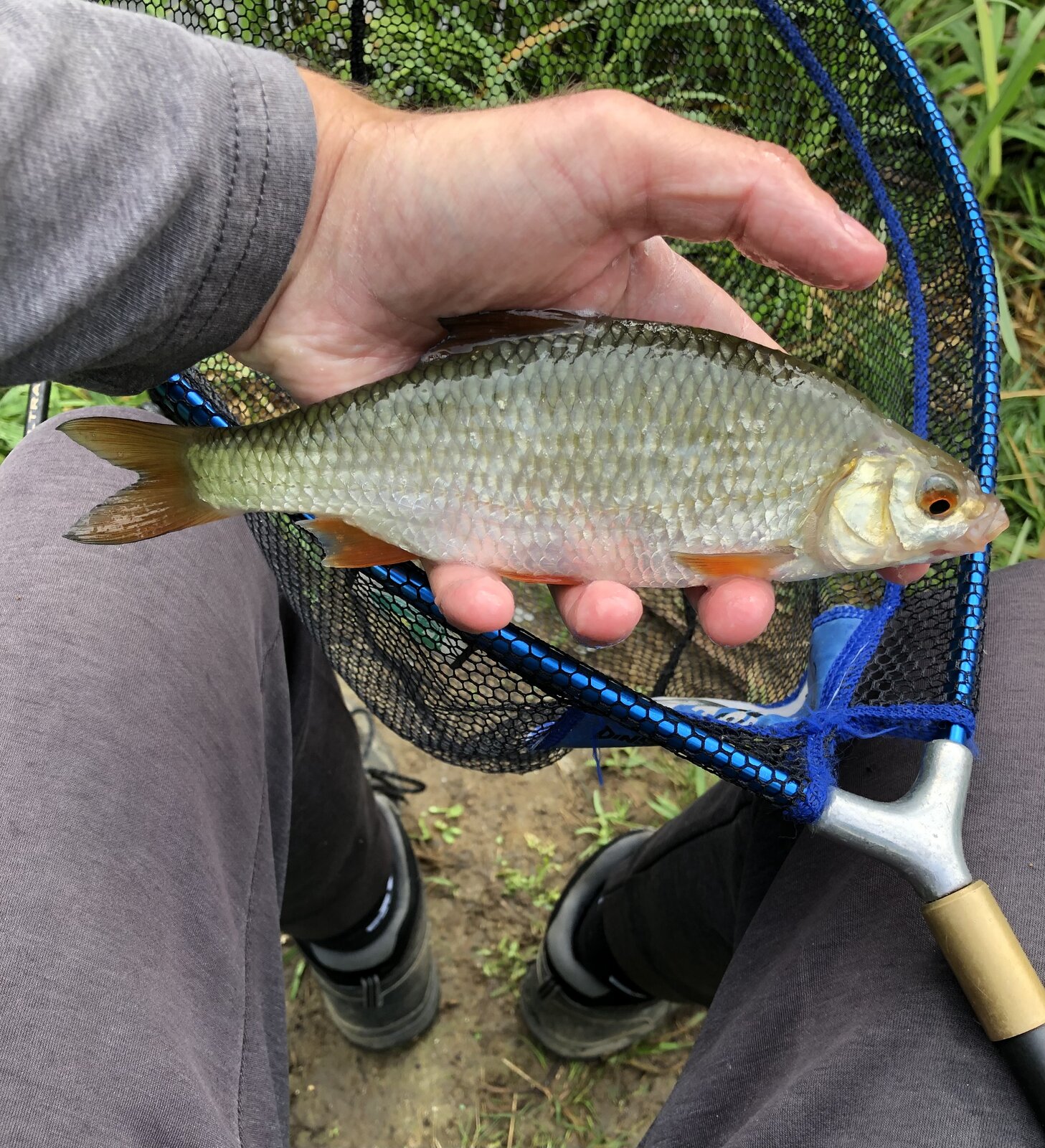 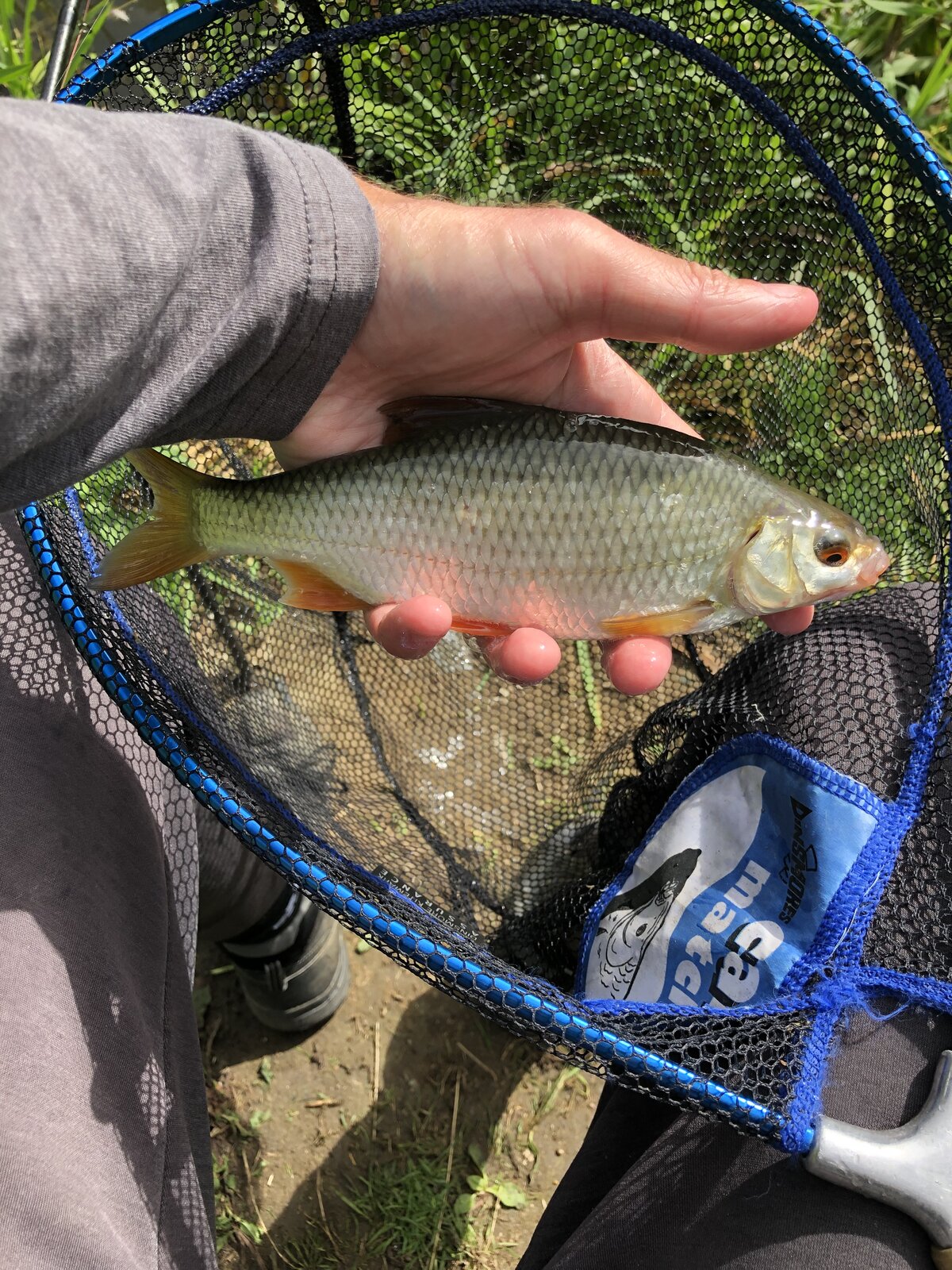 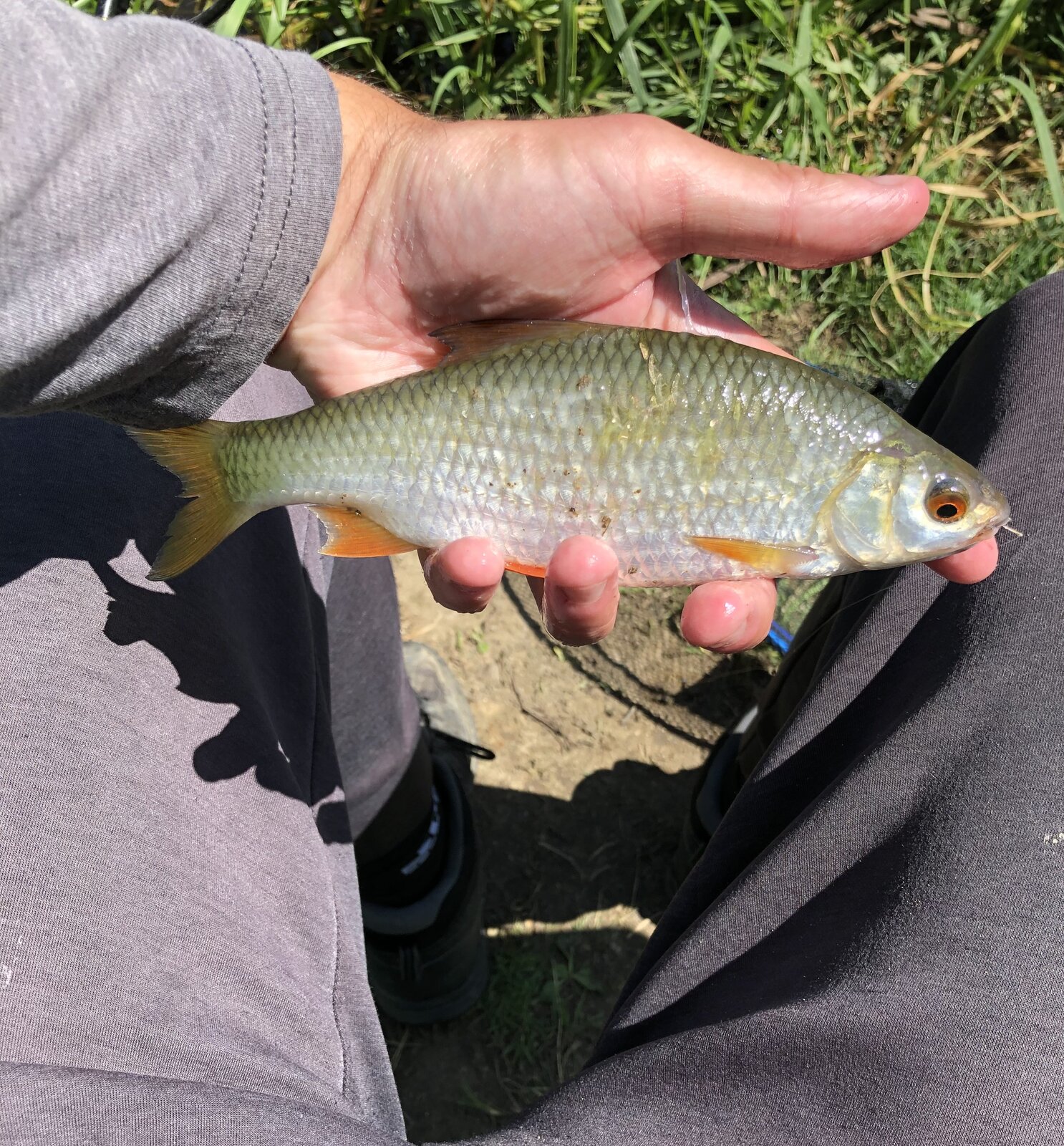 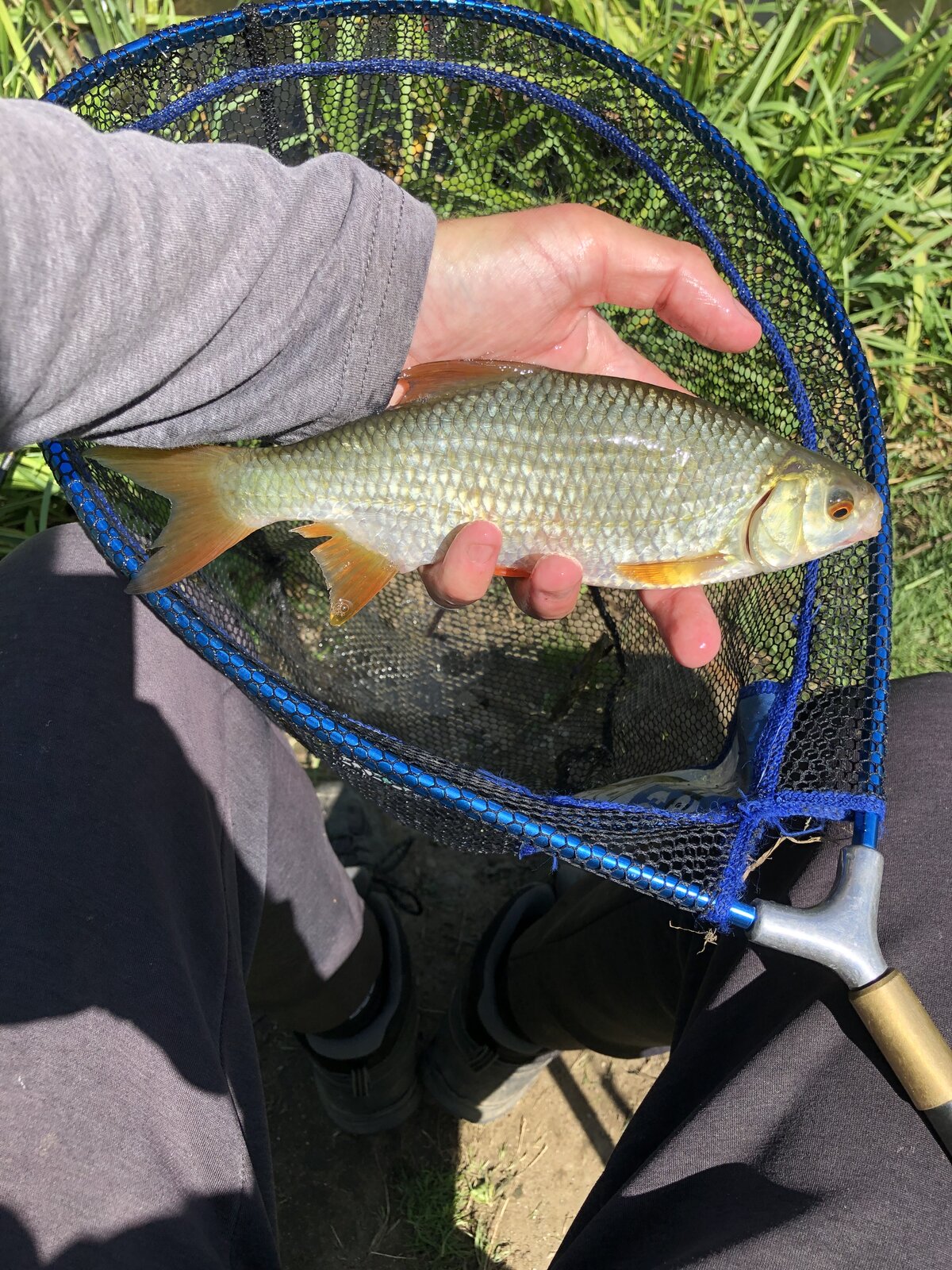 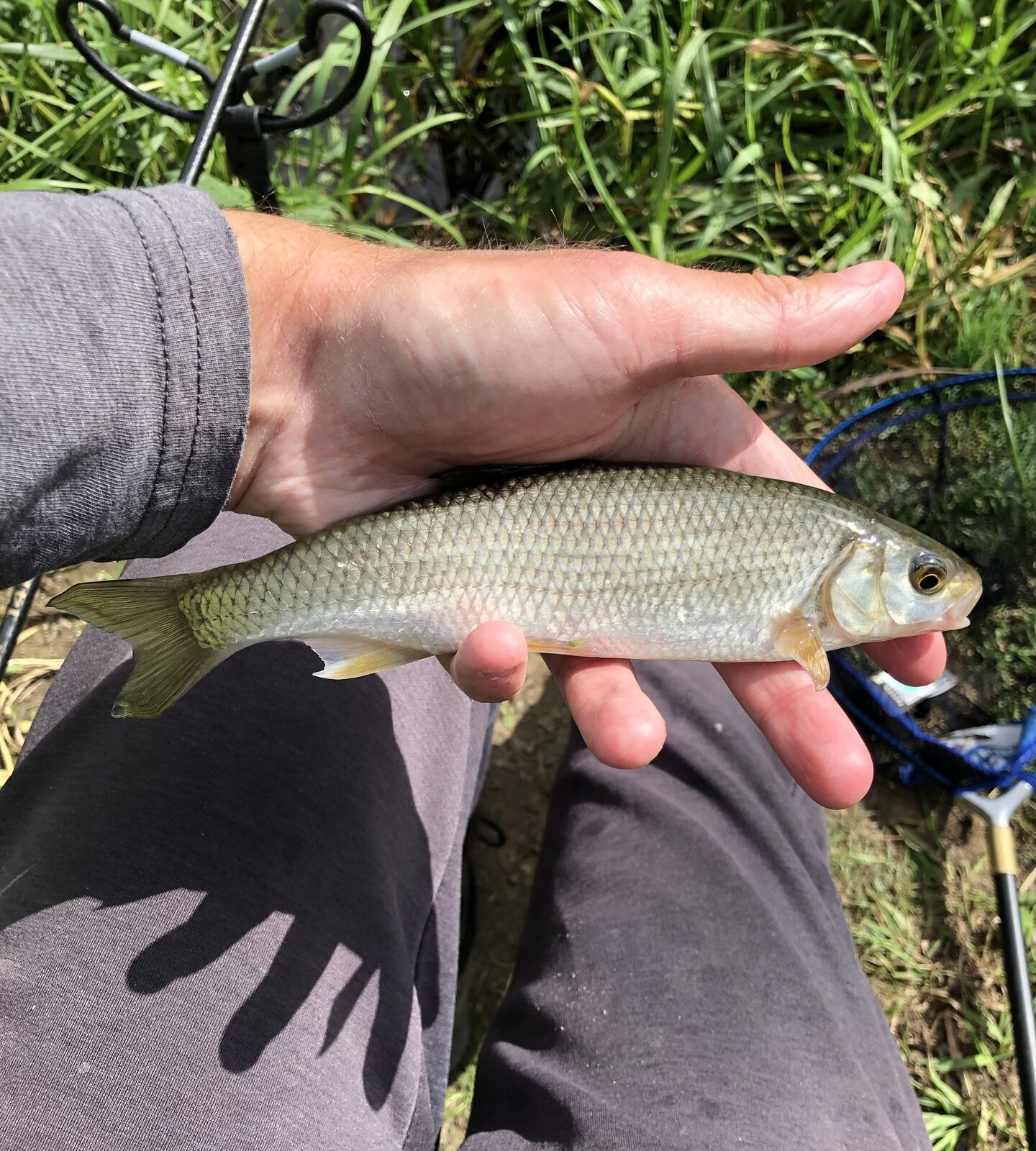 Smashing write up, but I always get jealous reading about your catches

Hope your grandad gets his back sorted quickly.

SeanB said:
Smashing write up, but I always get jealous reading about your catches

Hope your grandad gets his back sorted quickly.
Click to expand...

just lucky to have lots of good fishing around here, better to be lucky than good and all that

And thank you I do too as do feel for him as he just can’t fish how he’d like to/should do at the moment which therefore involves him catching not a lot quite often.

I'll keep my fingers crossed for him

SeanB said:
I'll keep my fingers crossed for him

On a side note only 4 watercraft came by today so more like normal after it being busy last weekend by this ridiculously peaceful spots standards with 10 but 2 this week were motor boats which is very rare to see there. Probably doubled the amount I’ve ever seen there in total that has. Anyway not that interesting in itself but one of them was the most tricked out fishing boat I’ve ever seen on a uk river. Was about an 18 foot centre console with a pretty big outboard for its size by uk standards that was de badged but looked to be a 40-60hp, a probably 55lb trolling motor, two power pole/shallow water anchors and a good 6 rod rocket launcher type rod holder all loaded up. Looked like it should have been in Florida or Texas or Louisiana etc not Oxfordshire! Well apart from that it would have had a 150hp on it then at least

Nice report & pics as always. The roach look in fine fettle too