After another successful Thames Roach session in my favourite Thames swim on the sandford old channel on Thursday I found myself at the weekend with little time for more fishing due to social and family commitments. Only time I had free was this morning so thought I’d use it as a bit of an exploratory session and try a new swim somewhere. With no more than a bit of drizzle since Thursdays session I decided to stick with the old channel given it’s at least a banker for a bit of colour and flow but this time choosing a new swim maybe a couple hundred yards down from the one I’ve spent the last few sessions in. Reason for choosing this swim (apart from suspecting it would be decent off looks and that I’d finished almost adjacent to it on the far bank once) was that it was very sheltered under a canopy of willows which was handy on what was a pretty grim morning despite it being quite nice out whilst I type this now. Whilst it was pretty warm it was far windier than forecast not so much in a way that particularly effected the fishing being upstream or off your back but just a bit uncomfortable especially and it came with intermittent waves of drizzle. Said canopy made casting especially in the wind very awkward which probably tempered the result a bit but it still ended up a decent if a little short session.

Started fishing at 8.20 so about 10 minutes earlier than usual simply because the canopy meant there was no point setting up a longer rod which saved a bit of time. Had 10 minutes on maggot and it was bleak city (mostly big herring bleak for the first time this season mind you) before I had a small roach at which point I switched to hemp. From that point I caught roach at a comparable pace to my favourite swim for the rest of the session but of a generally smaller stamp. Well less tiny ones than the other swim but not the better ones you get there either to drag up the stamp. May have caught some better ones had I fished into the afternoon as that’s often happened this season. Been a funny season as there’s been just as many if not even more roach about than last season but generally smaller which I guess may be down to the river being probably at least half a foot slower than last July making the bigger ones more wary as being clearer and slow they might get more of a look at it. Anyway ended up packing up at 12.05 with 40 roach, 4 dace, about 20 bleak and 2 chublet which I thought not bad fair barely over half the time of my usual sessions. As I say it was a small stamp so had maybe 6lb of roach and maybe a pound and half of other stuff. Shame I couldn’t have fished for a full 7 ish hours like usual as pretty sure I’d have easily doubled it which would have probably given me a mid teen bag much liked I’ve probably been getting in my favourite swim as I think I’d have started getting a better stamp eventually. That said the awkward swim effecting accuracy may have been the reason for lack of better fish but still thought it a decent little session for a small swim. Whilst some swims are definitely better than others there does seem to be loads of roach throughout this stretch that’s for sure. Not sure it’s a swim I’ll rush back to as the canopy was very awkward and it was a bit dark under there although I think I might try the next swim downstream at some point as that had a less restrictive canopy and was a bit more lit as well. All of 30 yards away as well so don’t suppose the fishing would be much different just easier to do.

Tackle wise as I say just the one rod today due to the lack of space. That was the 13ft drennan acolyte ultra float rod paired with a 2500 shimano sahara RD reel loaded with 3lb maxima to a 1.5g drennan loaded crystal insert waggler (2g might have helped with the awkward casting but being a short session didn’t want to faff changing it) to a size 18 to 2lb drennan silverfish hook to nylon. This was set up a couple or so inches off the deck in only about 4.5ft of water being a slightly shallower swim than those further up. Hookbait beyond the initial 10 minutes of fish on red maggot was hemp (still not got any more tares as not seeming to need them atm) over loose feed of just hemp over an initial few balls of frenzied hemp match black groundbait stuffed with hemp and red maggot. Had probably half the bleak on hemp today which was odd as usually only average like one an hour on it. They were quite big as far as bleak go today so maybe that was why but was quite annoying!

Grandad was with me again and still nursing his back so was still on the feeder which was of course again rubbish. Virtually pointless fishing the feeder on the Thames before say earliest late September save for some particularly spots. He caught even less than usual as well with just a few roach, dace and chublet but did sit on corn the whole time as he couldn’t be bothered to cast too often (constant rattles on maggot) in the awkward swim. His back is slowly improving though so hopefully he can do some proper fishing again soon.

All in all not a session to set the world alight with less goof fish than usual but plenty of them in a swim I don’t know so I was quite happy with the result and I have no doubt I’d have had a good bag if I could have fished a full session on it. Really is a great stretch of river as whilst clearly there’s some favoured swims I’ve only ever really found one bad one on it and today’s certainly ranked as decent and would have been better if not a bit awkward to fish. Next session now will be some point in the second half of the week in a totally different setting as spending a few days on the severn at Hampton loade. Totally different fishing that with the big ugly tackle coming out for hopefully chub and barbel compared to the more refined roach fishing. Hoping they’ve had more rain up that way than we have here as whilst a low river isn’t particularly detrimental to Thames roach fishing if you know what you’re doing I understand it’s not good for the chub and barbel and I still don’t really know what I’m doing with them giving feeder fishing is not my forte!

Less pics today to make the most of the more limited fishing time so just a pic of the swim which doesn’t look great in the dark and wind but is not unattractive in better conditions and just a couple roach. 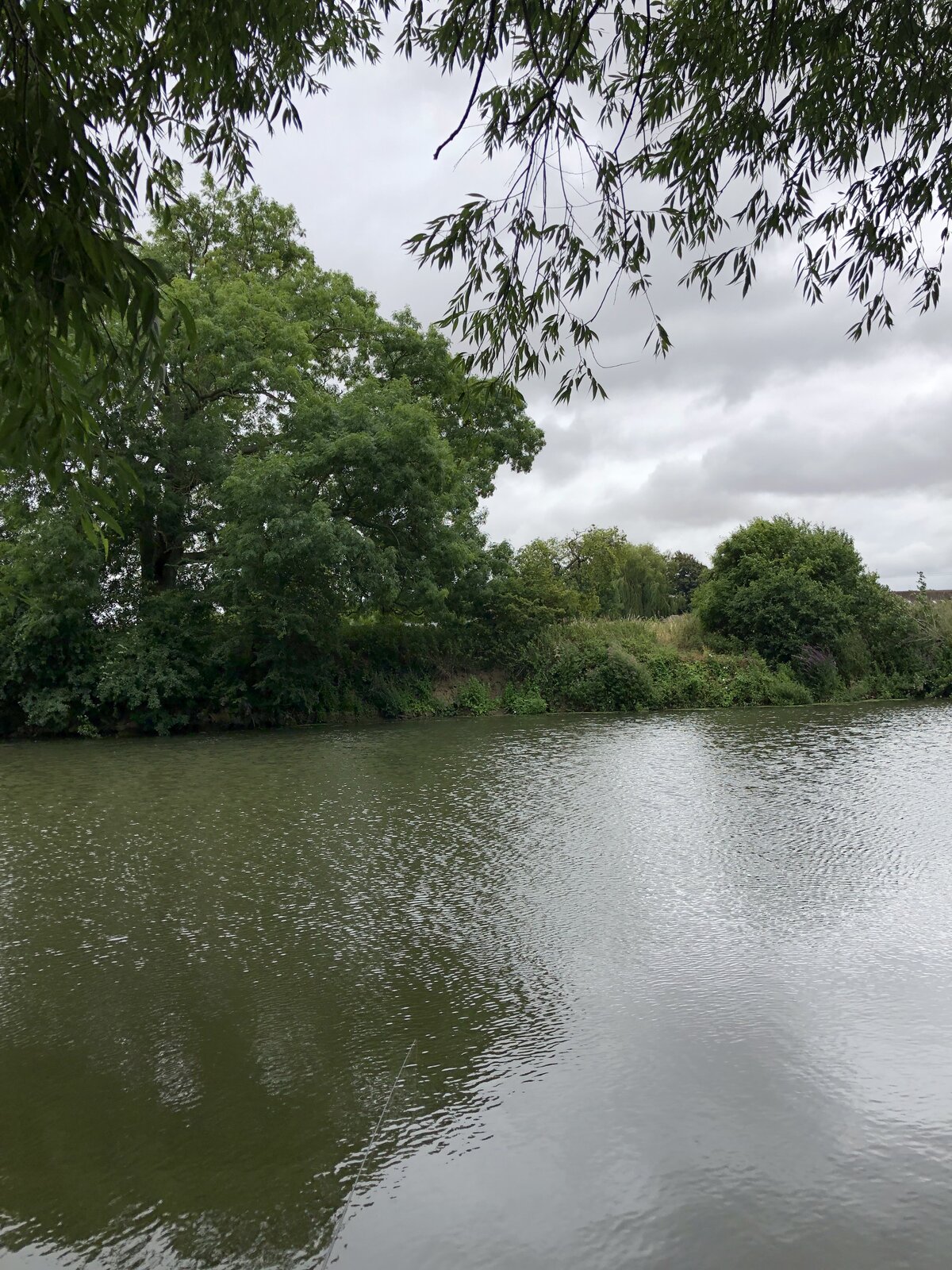 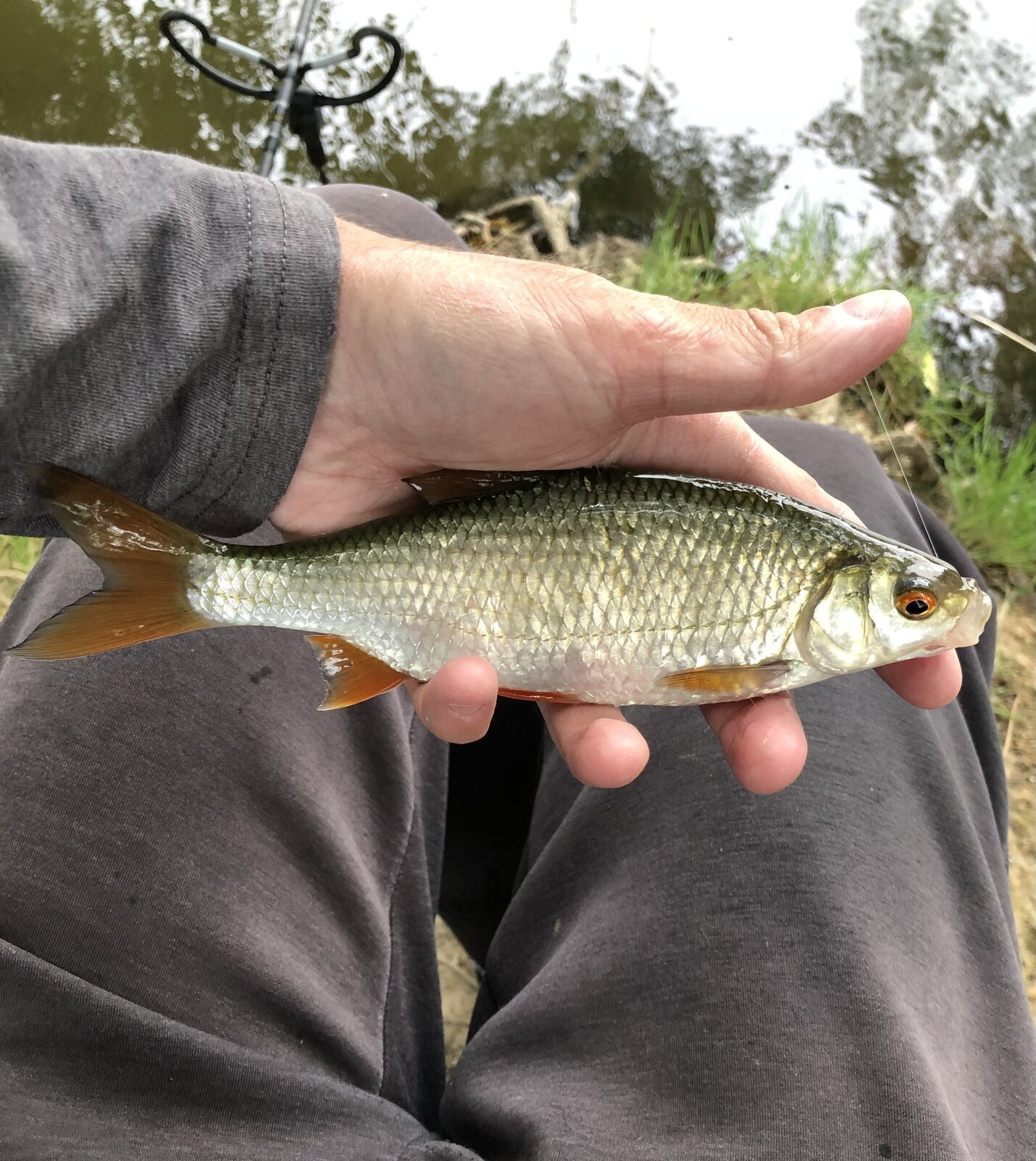 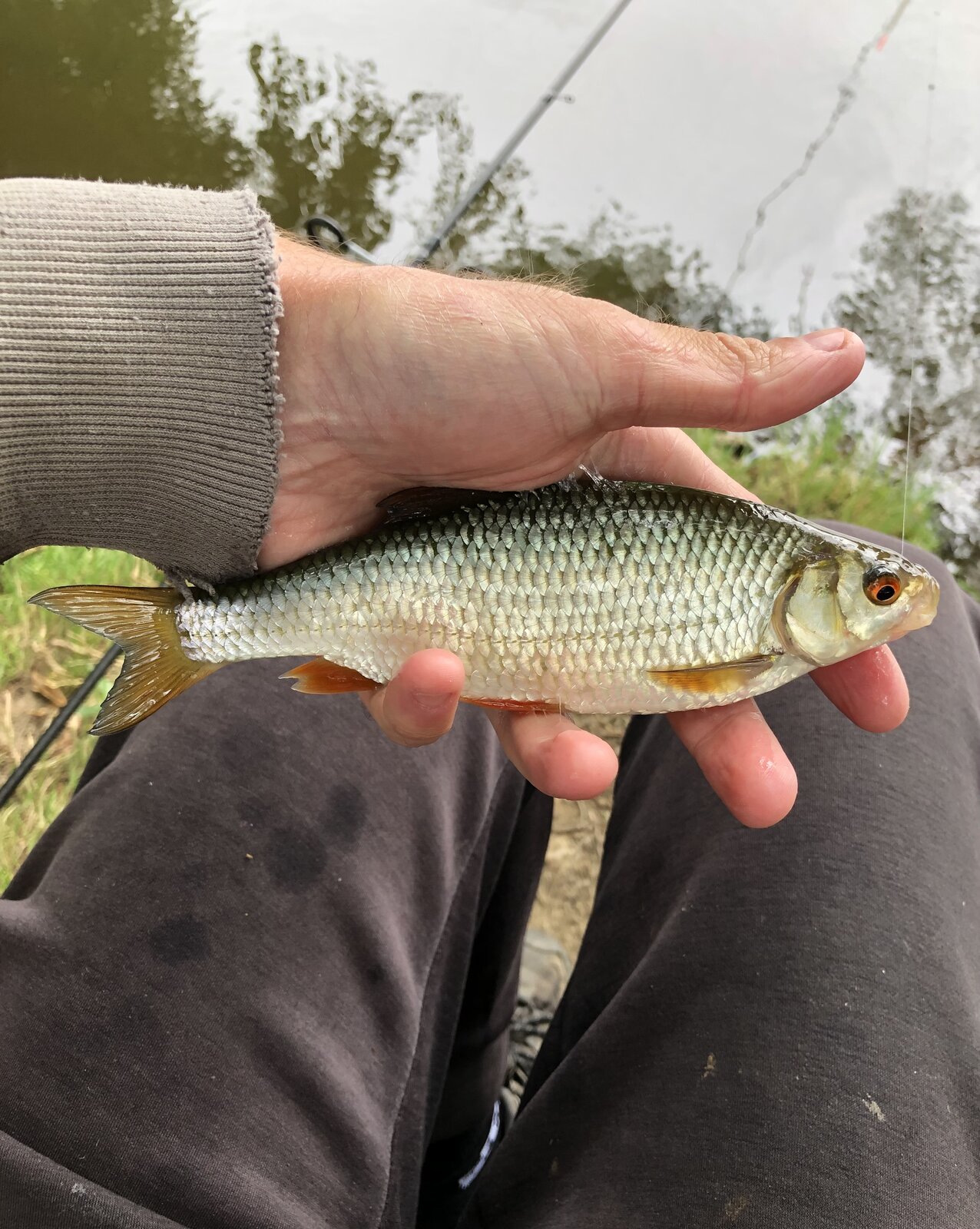 Sounds not a bad morning and nice to try a different peg. The Severn was 0.19m at Bewdley yesterday, low... rained a bit overnight and I've just checked and it's 0.25m at Bewdley, still low but heading in the right direction. Hope for some rain in Wales I guess.

Zerkalo said:
Sounds not a bad morning and nice to try a different peg. The Severn was 0.19m at Bewdley yesterday, low... rained a bit overnight and I've just checked and it's 0.25m at Bewdley, still low but heading in the right direction. Hope for some rain in Wales I guess.
Click to expand...

Yeah for a spot I’d not tried before I was well happy numbers wise was just frustrating that I couldn’t find any proper ones. The overhanging tree was definitely a contributor though as it meant I only got where I wanted to be like one in three casts and when I didn’t get there I always caught smaller and slower than when I did get there. Still have spoilt myself a bit the previous 4 sessions on what is like a dream peg so not a bad thing to have a bit of a challenge today.

That’s promising that the severn is going the right way. We’ve had a little rain here the last couple weeks but only enough to stop the river dropping further rather than sending it the other way. Be interesting to see what I’m faced with when I get to Hampton loade Thursday as really not sure what it’ll be like.

I'm not sure about the particular bit of HL you're on either so looking forward to reading how you find it, if it's anything like what I expect, hopefully you'll have a few different 'style' of pegs to choose from.

Zerkalo said:
I'm not sure about the particular bit of HL you're on either so looking forward to reading how you find it, if it's anything like what I expect, hopefully you'll have a few different 'style' of pegs to choose from.
Click to expand...

Looks fairly uniform by severn standards but is very little images of it so it’s probably anything but. I’ll be happy if I can find a few decent chub tbh as is a bit of a novelty catching proper chub in nice weather when you’re from around here as just don’t catch them before around late autumn here as is just too many mouths to beat them to the bait before that. Not too fussed about barbel just out of realism really but will take one if it comes along for sure!

You should have chance to walk the Kinver Freeliners stretch if on the same bank I think you are. Plenty of variety along there and I've also heard of the Chub you desire going quite big too! I also had my PB Roach from the 1lb 14oz but fishing for Barbel so doesn't 100% count.

Zerkalo said:
You should have chance to walk the Kinver Freeliners stretch if on the same bank I think you are. Plenty of variety along there and I've also heard of the Chub you desire going quite big too! I also had my PB Roach from the 1lb 14oz but fishing for Barbel so doesn't 100% count.
Click to expand...

We’re on the west/left bank if looking at it on a map. Tbh any chub over a couple pounds will do ideally a few of them. Obviously prefer bigger but not greedy. If there’s a suitable peg free I’ll try a bit of trotting for them as well if the bleak aren’t too bad but suspect it’ll be mostly feeder fishing which I don’t mind really as a change of tact as locally almost all my fishing is obviously on the float.

would love to have a river that could provide roach like that nearer me ,but alas there isn't.