So after yesterday’s fairly strange session on the Thames at medley I thought I’d take advantage of the weather still being mild, calm, mostly dry and today even cloudier and get back on the river for a short session to use up what bait I had left from yesterday. Being a Sunday options were limited by matches so I decided to have a go at Kennington/rose island whatever you want to call it having fished it for the first time on a very short session back in the summer. Had a right faffy start but once I got passed that it was simply brilliant fishing!

I got there fairly early and decided to walk right to the bottom of the stretch having tried around the middle last time there. However once I started plumbing around I just couldn’t find the bottom so it was clearly too deep to fish with my float rods so I decided to hike all the way back to that swim I fished last time given I at least knew where the bottom was there. On arrival it was barely flowing but had nice colour so with the ideal weather I was quite optimistic.

After the initial faff of hiking around it was about 9.10 by the time I started fishing which I did on stick and maggot on the deck. By 9.30 I’d ominously not had a bite so I thought as it’s clearly not too bleaky I’ll go onto waggler and maggot a bit further out where there was at least a touch of flow and spray hemp and maggot to see what appears amongst the bleak. Turned out the bleak weren’t an issue with just a handful of them and it produced roach after roach mostly good sized ones and by river standards at a hell of a pace along with some nice dace right up until I ran out of hemp at 12.30. I thought I’d carry on with just maggot for a bit to see what happened and as I had suspected it seemed to have been the sound abd snell of the hemp that was pulling the roach in more than the maggots as the next 10 minutes only produced a couple small roach. Then about 12.40 I struck into something much more substantial which I’d assumed was a big perch which would figure given I was now feeding just maggots before by Thames standards a beast of a roach appeared! Didn’t have any scales so I’d be interested to hear peoples guesstimates but it was certainly a river pb. I had enough maggots left for another half hour but decided to end on that fish as it seemed fitting and I was starving having not taken any food and had knocked my water over!

All in I’d have easily had over 50 roach along with 5 dace, 5 bleak and 1 perch and probably had 15lb before the big roach so would have comfortably cleared that mark once it was added which I’d be happy with on one of my usual 7 hour ish sessions never mind in 3.5 ish hours! Had I fished for 7 hours today I’d have caught a hell of a bag for sure as the fish were just lining up was bit like a commercial. Whilst I’m sure it would have slowed up a bit as it got quite bright by the time I got home it would have had to have fallen off a cliff to not sail past by best 7 hour total of the season which I reckon to be about 22-23lb and tbh I think I’d have easily cleared 25lb which would have been my best Thames bag ever. Shame I didn’t have the bait (and food!) to carry on but maybe it was just meant to be a short session today. Have often wondered how well you could catch roach on maggot in the warmer months if the bleak let you compared to hemp and in today’s case it was certainly very well. Was weird how absent the bleak were but I was very glad that they were!

Tackle wise the successful set up was the usual 13ft Drennan acolyte ultra float rod paired with a 2500 shimano sahara RD reel loaded with 3lb maxima to a 1.5g Drennan loaded crystal insert waggler to a size 18 to 2lb Drennan silverfish hook to nylon. This was set up around 8ft which still equated to a pushing foot off bottom in what was still quite a deep peg at the range I found the fish. Hook bait was single red maggot for all fish save for a couple on hemp as didn’t really seem much point persisting with hemp given the bleak weren’t an issue on maggot nor was the stamp of roach on maggot smaller than it usually is on hemp. Loose feed was about 2/3 hemp 1/3 red maggots which is certainly very different to usual when I’d either feed just hemp with no maggots or just a pinch of maggots every say tenth pouch or something of hemp. Didn’t use groundbait today as I stupidly chucked it in the bottomless pit peg before I found out that it was bottomless but guess I didn’t need it in the end!

So all in all a brilliant session with constant roach and a even a genuinely big roach and I don’t half wish I could have stuck at it for a few more hours. Still I could have easily not gone at all after yesterday’s weird session, especially when sat in the pub last night! I wouldn’t say it’s my favourite session of the season as some of those on the hemp when the river has actually been flowing have been more rewarding as was a bit more skill involved but today was certainly still absolutely brilliant as it’s definitely the quickest catch rate of proper fish I’ve had possibly ever. And that big roach is certainly a fishing career highlight. Certainly a much needed session after a bit of a tricky one yesterday! Can’t wait to get back on the river somewhere next weekend now when it’ll have had some rain to top it up as the weather then still looks set fair.

Picture heavy today with one of the swim, a few roach and dace and a couple angles of the big roach as couldnt decide which was better! 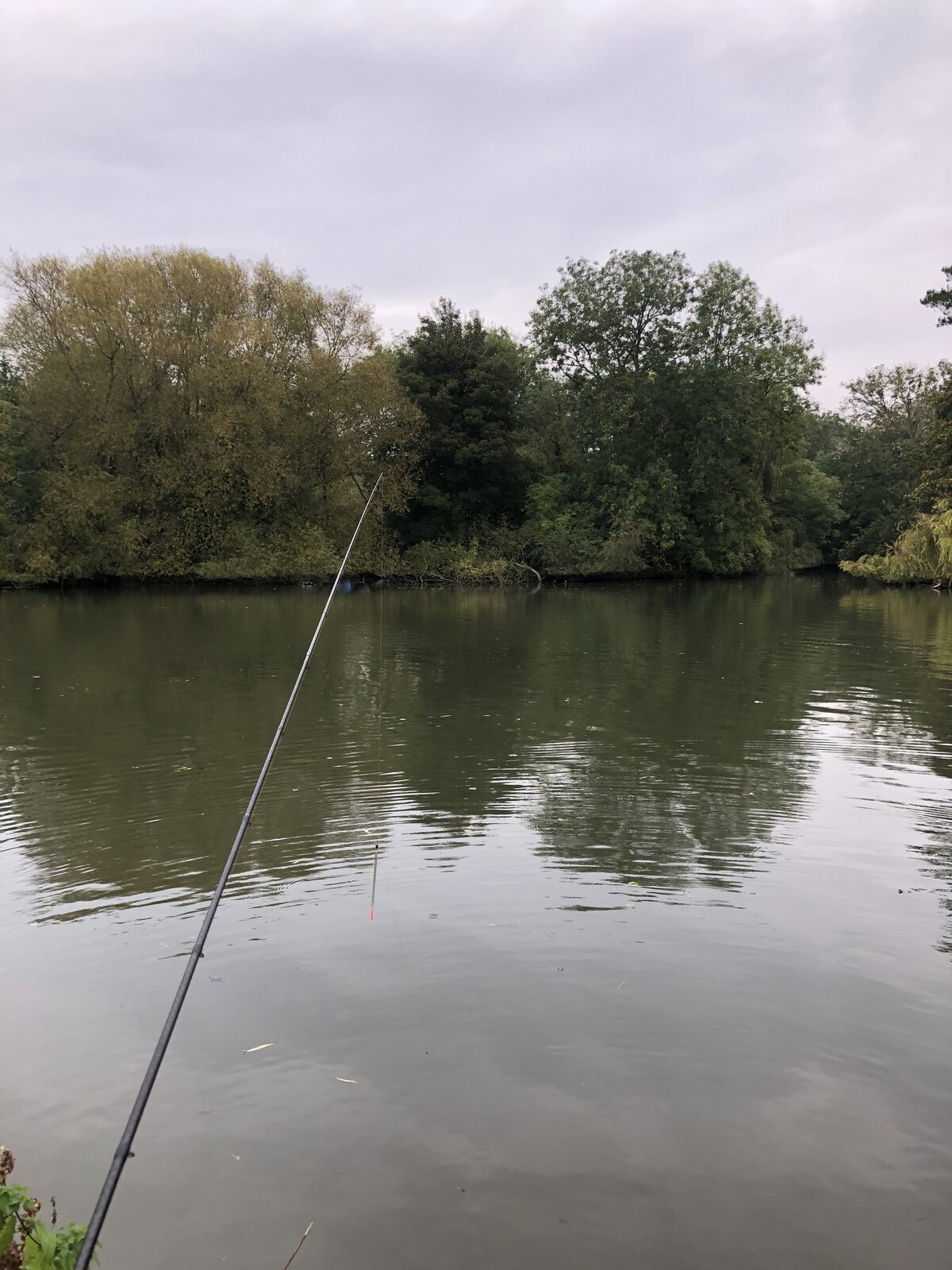 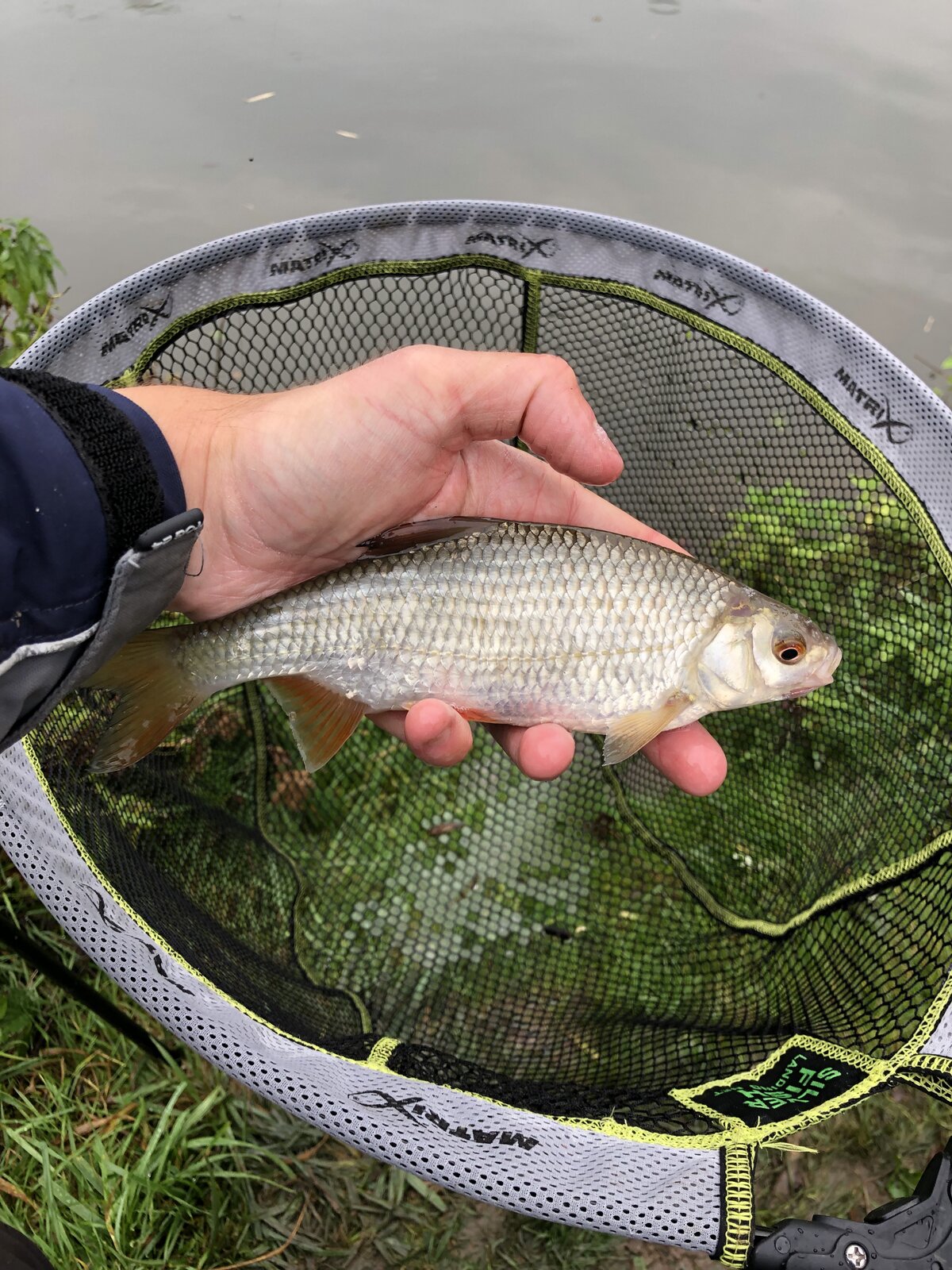 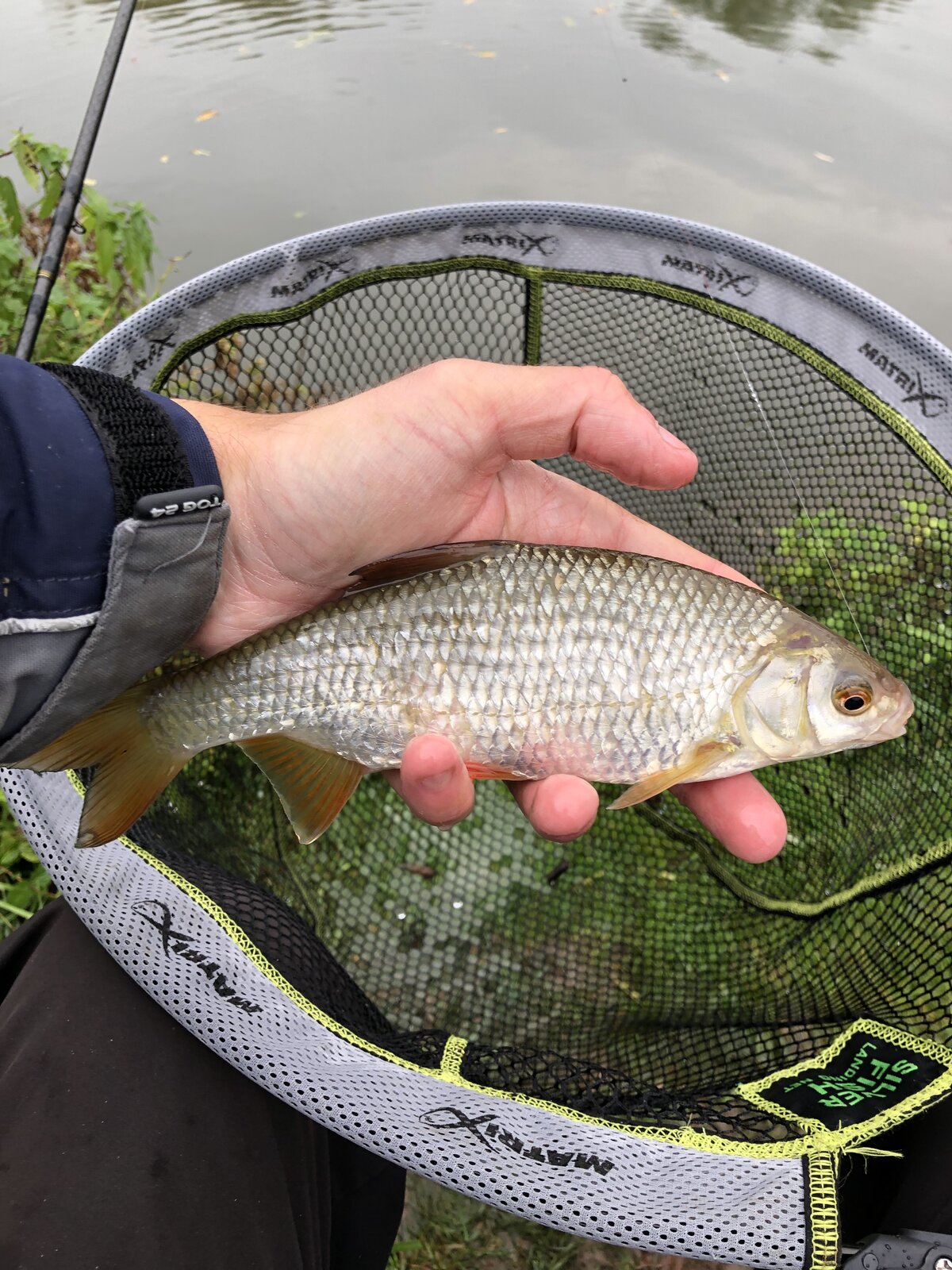 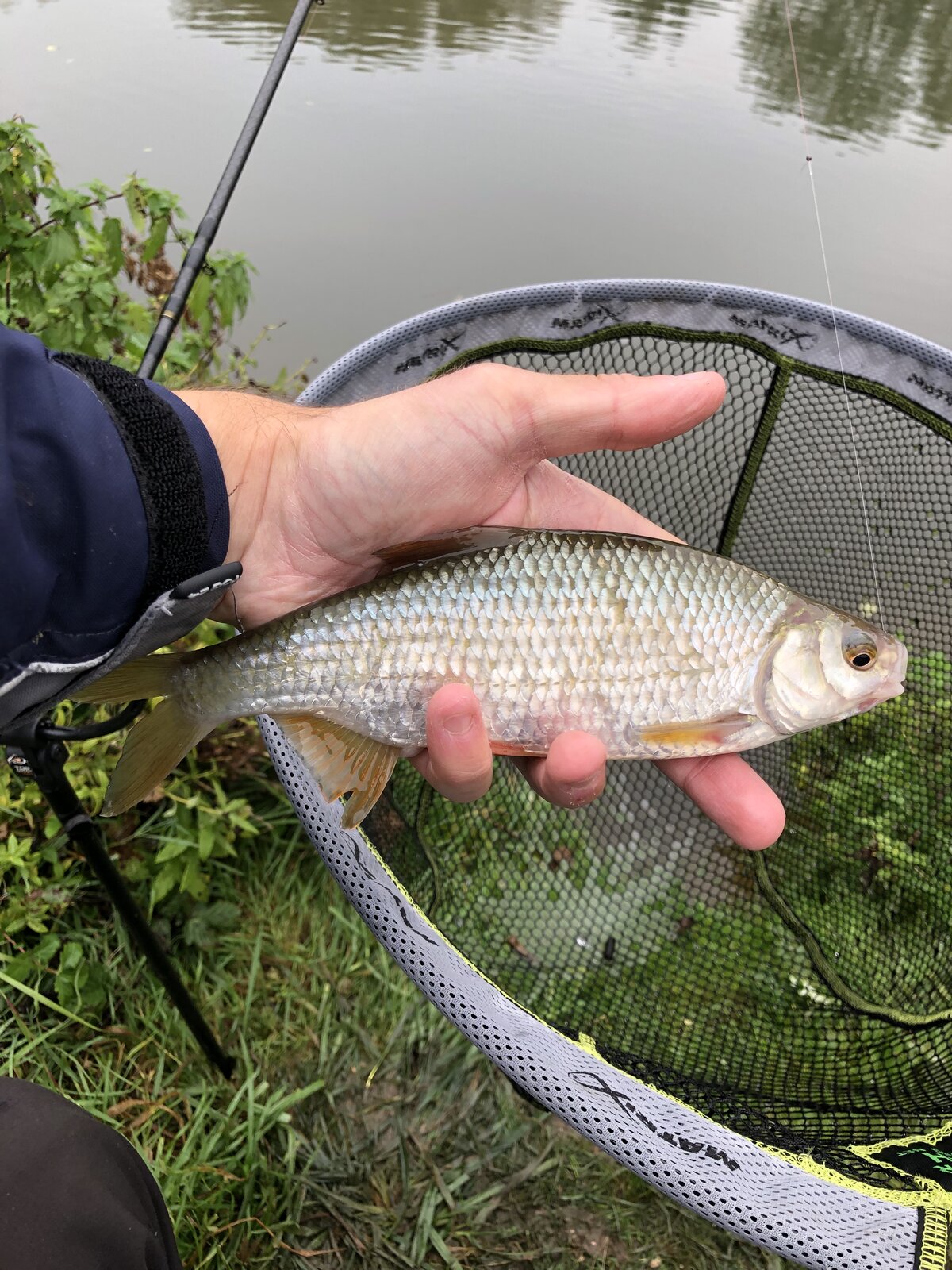 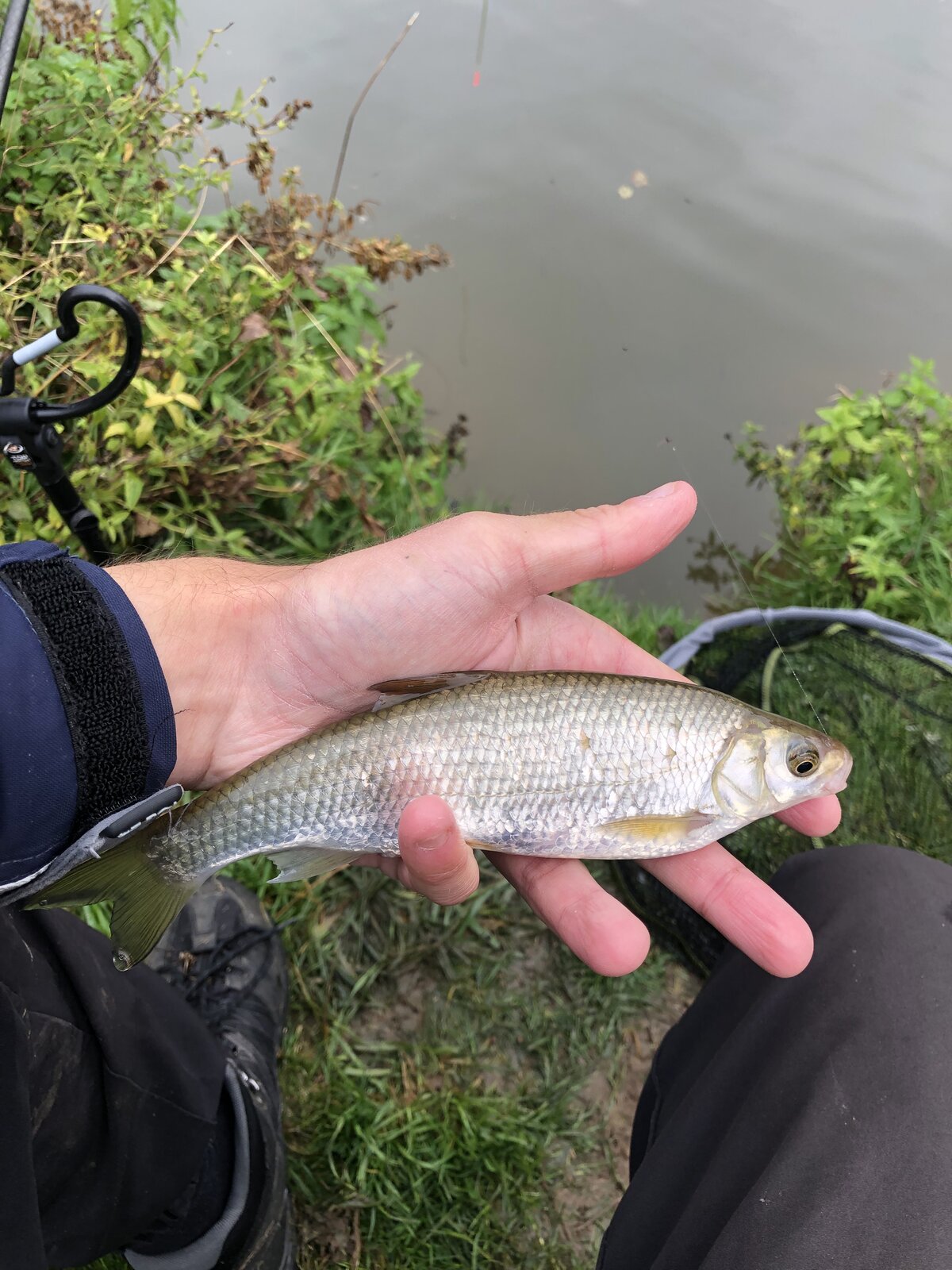 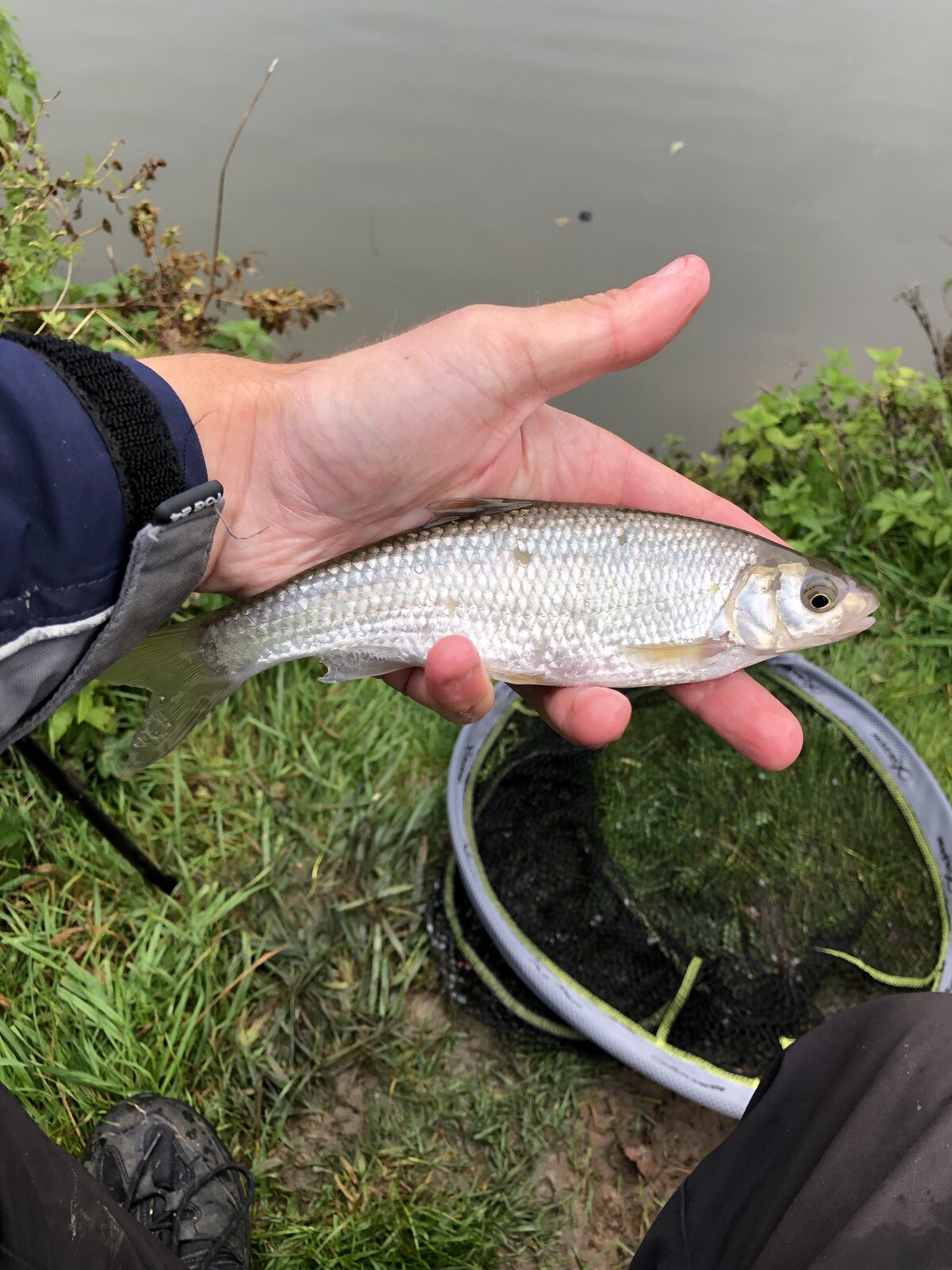 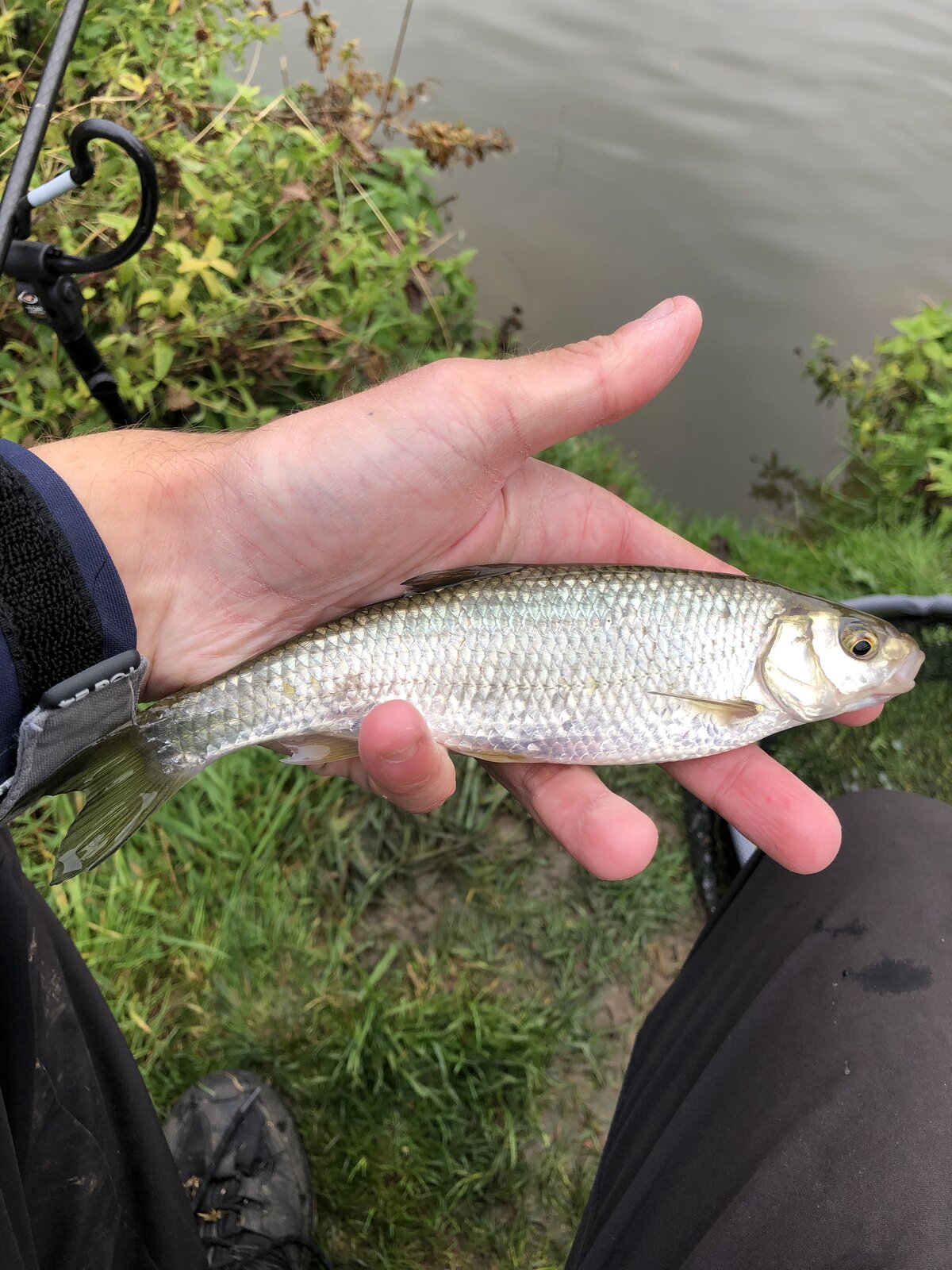 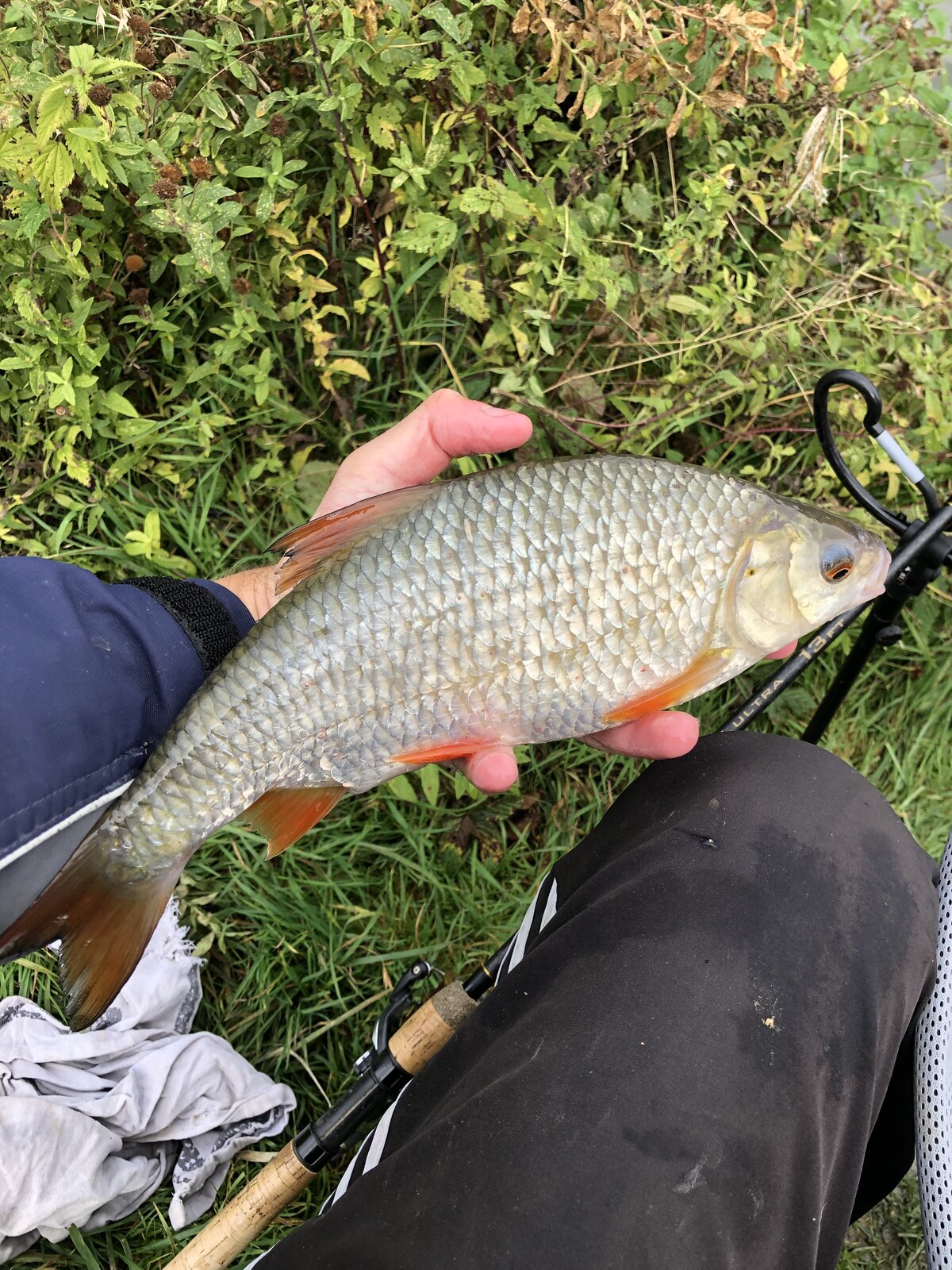 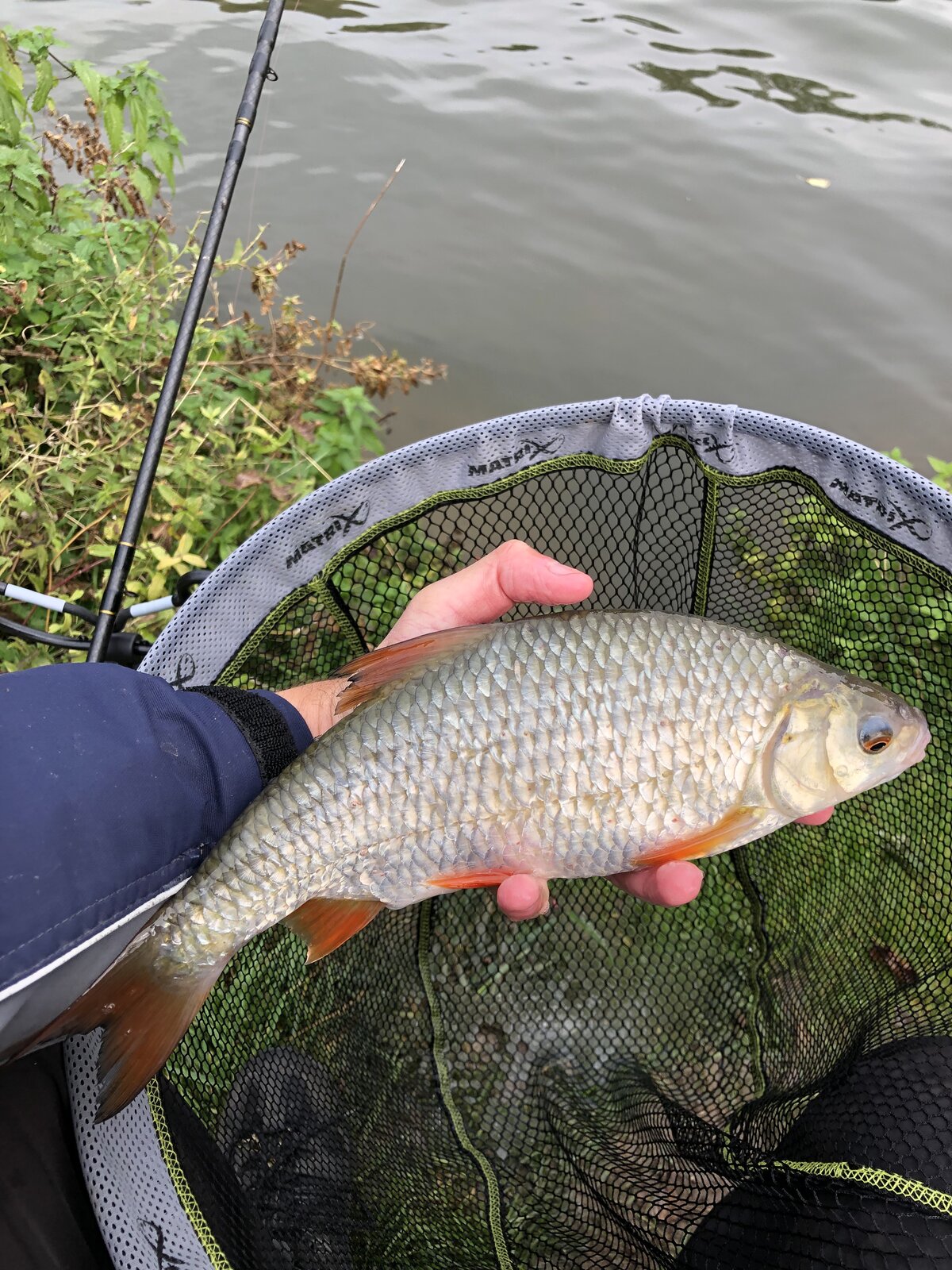 Should have added I had absolutely zero pike trouble today which seemed nuts given how many fish were there for them to eat!
H

Lovely roach - I’m terrible with weights but well over 1 i would say ( it could push 2 ) - just a great fish!

Hughbailey said:
Lovely roach - I’m terrible with weights but well over 1 i would say ( it could push 2 ) - just a great fish!
Click to expand...

Yeah I don’t think it could have been far off 2lb certainly at least 1.75lb as it was way bigger than ones I’ve had around 1.5lb. Whilst I catch plenty of normal sized roach I certainly dont get many as big as that one so definitely interested to hear what the consensus is on its likely size.
P

Proper chalk and cheese compared to yesterday. We had to proper work at it yesterday didn’t we whereas today they were lining up to be caught. Pretty much just needed to point and shoot a catapult then put a waggler in roughly the same place. Was just one of those days when the fish are really up for it.
P

Yes was great indeed and yes a proper clonker chuffed to bits with that one!

Thanks mate was fabulous indeed

Well I’ll take that then!

Brilliant fishing and a 2lb er to finish with. Heaven well done

I suggest you buy some cheap luggage scales off eBay and then use a large plastic bag to weigh the next one.

I suggest you buy some cheap luggage scales off eBay and then use a large plastic bag to weigh the next one.
Click to expand...

As I’m often with my grandad and/or uncle I usually have their scales to use on the odd occasion we have something worth weighing but as I was on my own yesterday I was scaless. Did have some once but haven’t seen them for years so god knows what happened to them.
B

Nice fish and report - have you tried just fishing hemp and also on the hook?

Barbelcatcher said:
Nice fish and report - have you tried just fishing hemp and also on the hook?
Click to expand...

Yeah hemp on the hook and as feed is what I do on 90% of my Thames sessions it’s just that yesterday I didn’t need to as the bleak were not a problem.
J

Get yourself a keep net and do a catch shot at the end of the session.

Well and truly whooped by wind and rain

Bitted out but in beautiful surroundings