Search for a Perch

Sunday was another of our slightly odd matches – the Golden Jubilee Trophy was donated by our late President Len Hall some twenty odd years ago with the proviso that we ‘do something different with it’ and ever since the match has been decided by the greatest number of different species caught rather than total weight – the latter being used in the result of a tie.

Venue – as it’s been for the last few years – was Rising Sun Fishery near Aldwark in deepest North Yorkshire – and on this occasion we were on lake three. There’s been a load of work carried out recently – all the surrounding trees have been pollarded – and are already showing vigorous new growth, the end of lake two (and the access to lake one) have been barried off to prevent cars driving through, so you now have to drive around lake two to access lake three. 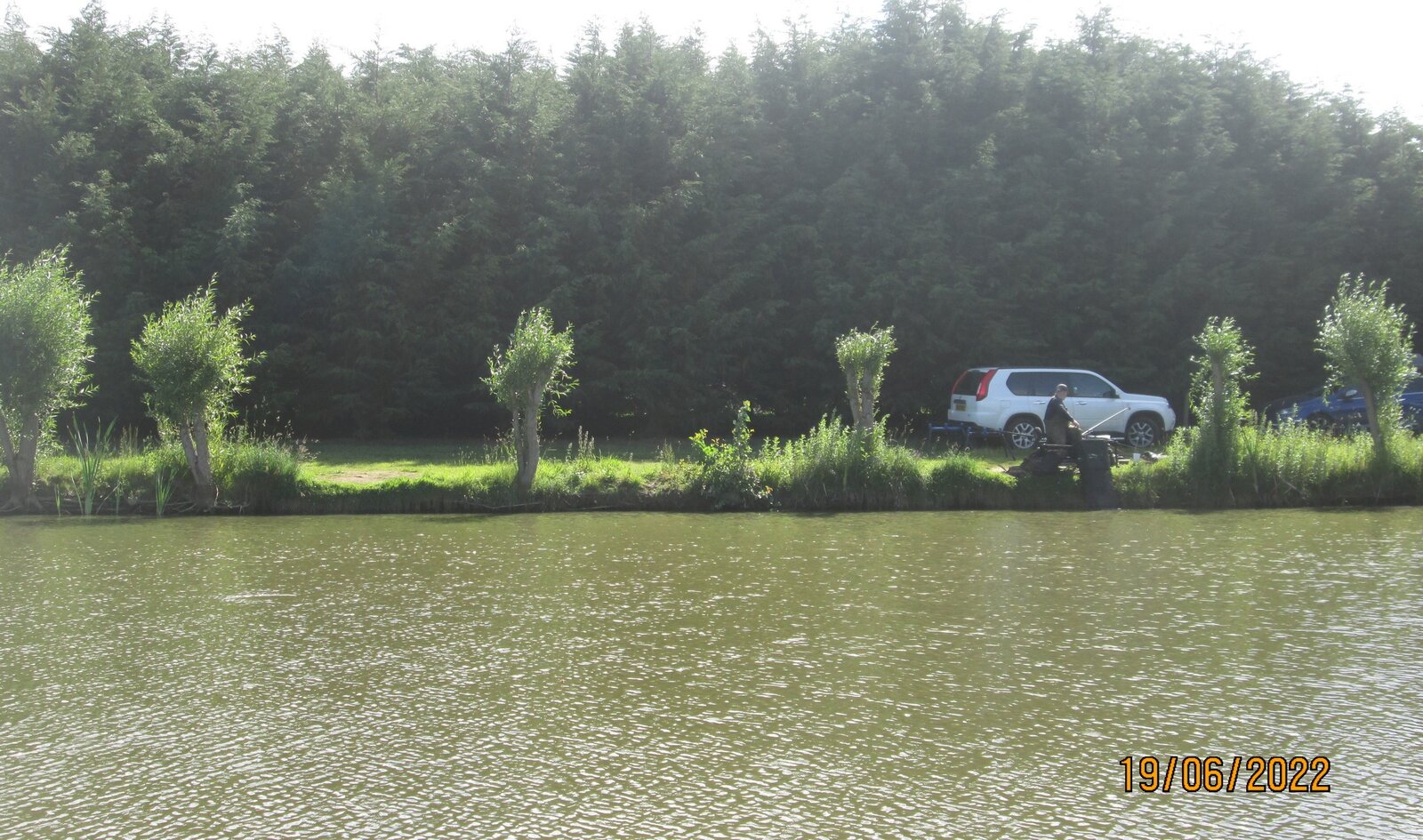 The remaining island on lake two has gone – although that was accidental – the owner threw a strop over one long, partially underwater branch with his telehandler, intended just to remove that one but as he pulled all the roots, small trees and bushes moved too – as anyone who’s fished that lake will confirm, all the soil that used to hold them altogether had long since been washed away, so they all just slid across the lake – they needed two telehandlers to remove them. The remainder of the island is still there – about 18” under the surface and will undoubtably still be a fish holding feature – if you can remember where it is of course. 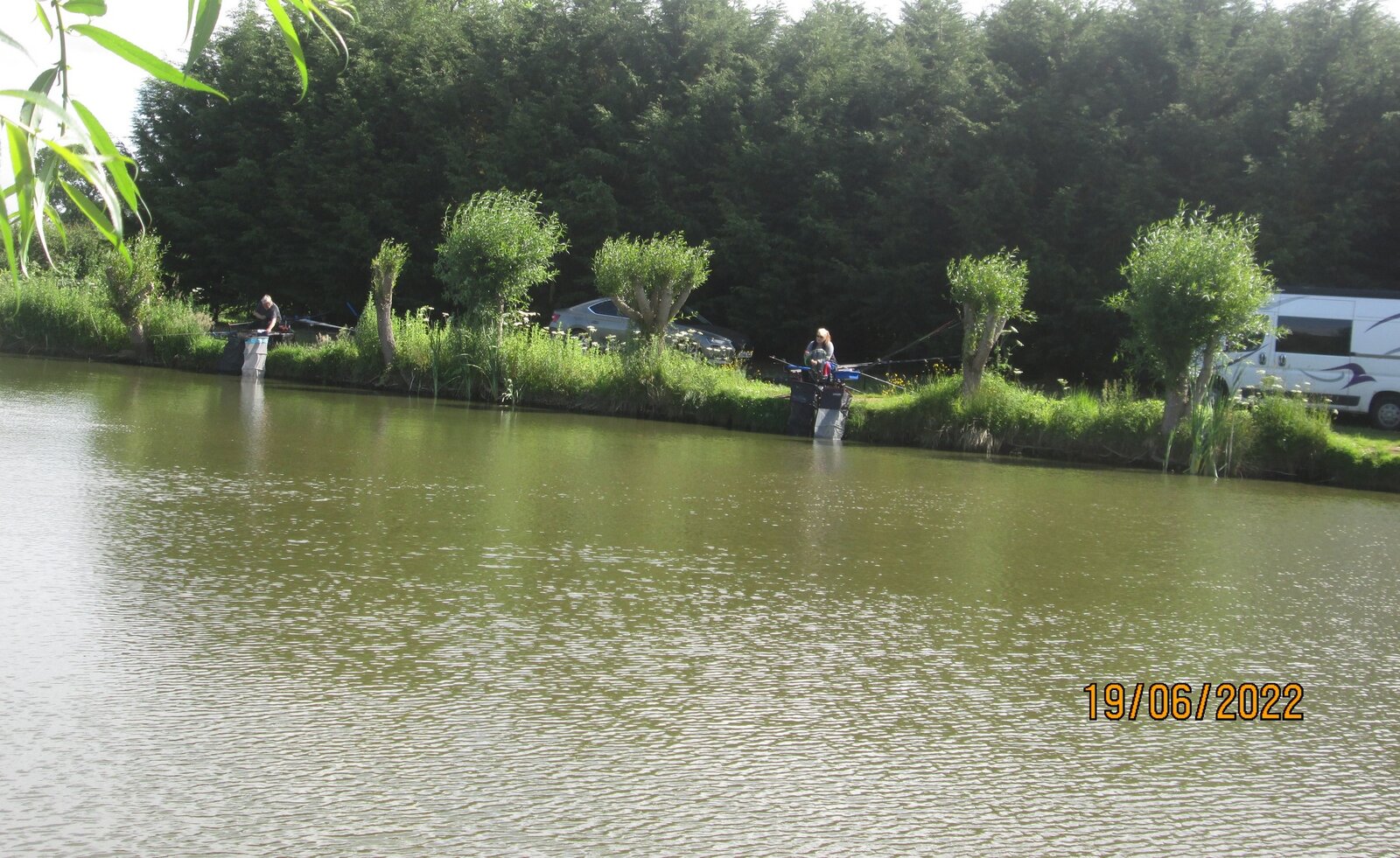 This match as mentioned at the top was our species contest and there’s two ways to approach it really – fish as normal and hope for the best or vary your approach to target certain species. Both approaches work and very often the top weight will also catch the most species – although last year I won with eight species, despite being twenty odd pounds behind the top weight. There were eleven of us fishing, spread across the fourteen pegs available and I found myself on peg two – Steve was to my left on peg three and Rob to my right on peg fourteen at the head of the lake. I had a pellet waggler and small method feeder already set up and rigged up top kits for either margin and top-kit range, 2+2 and 10m. 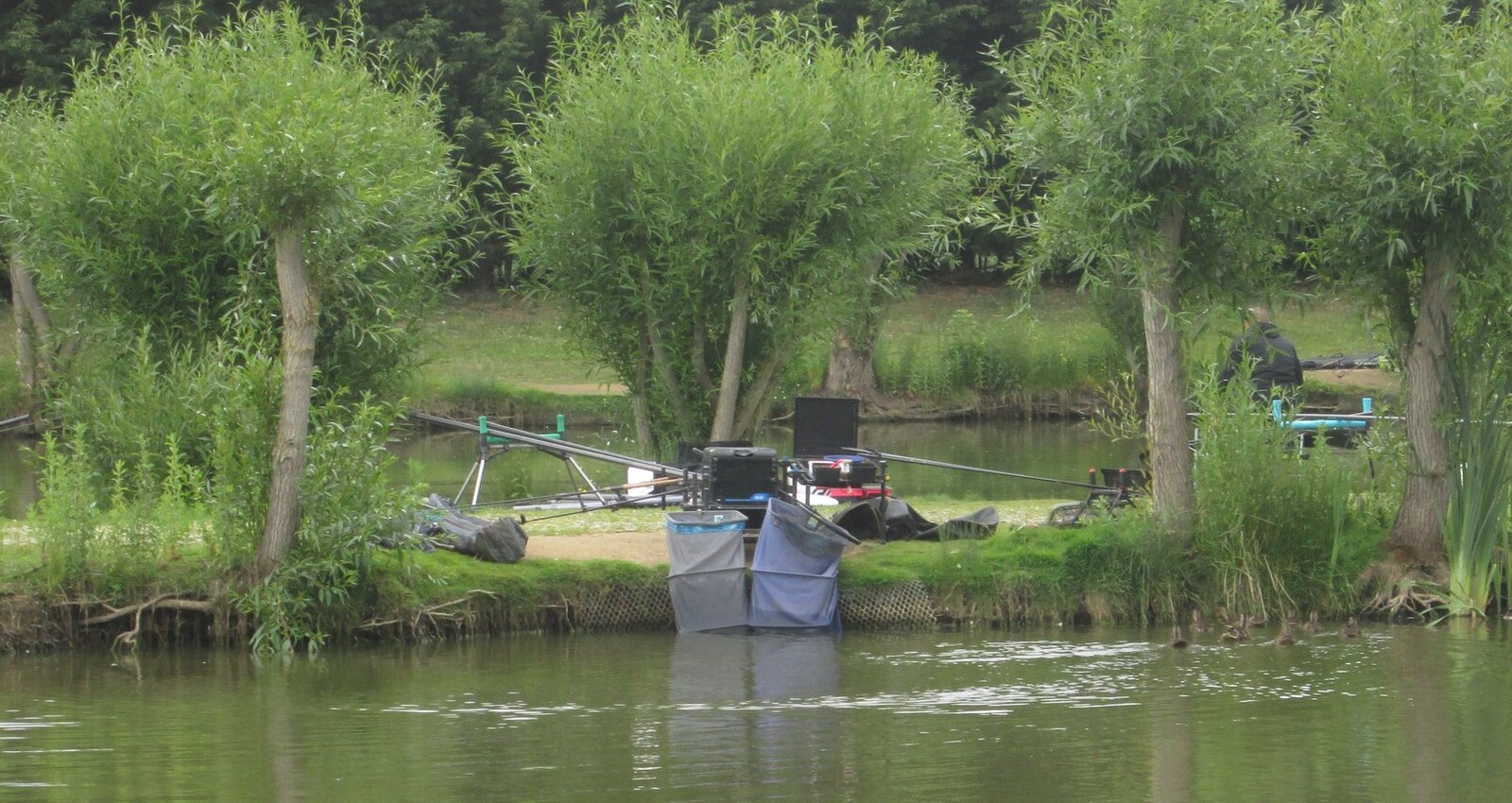 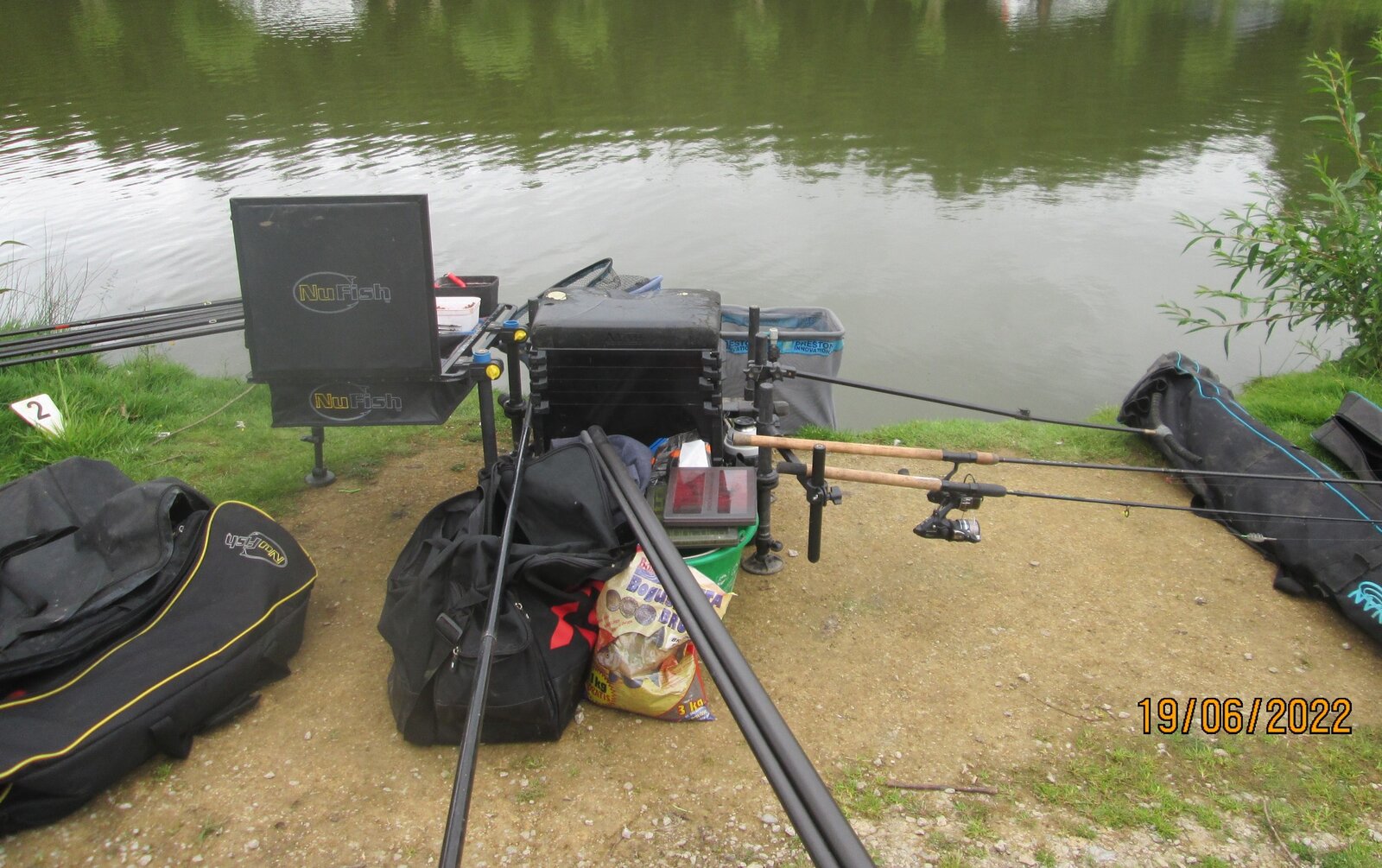 At the start I had a quick look in either margin with half a worm on the hook but after 10 minutes with no sign, switched to 2+2 just loose feeding casters and with double red maggot on the hook caught a crucian, a little skimmer and an ide in successive casts. However subsequently it was just ide, ide and more ide on whatever line I tried. After a couple of hours of trying to avoid them I went for a wander in the hope that they’d get bored and swim off. Elsewhere there were one or two claiming five or six species so I was lagging behind 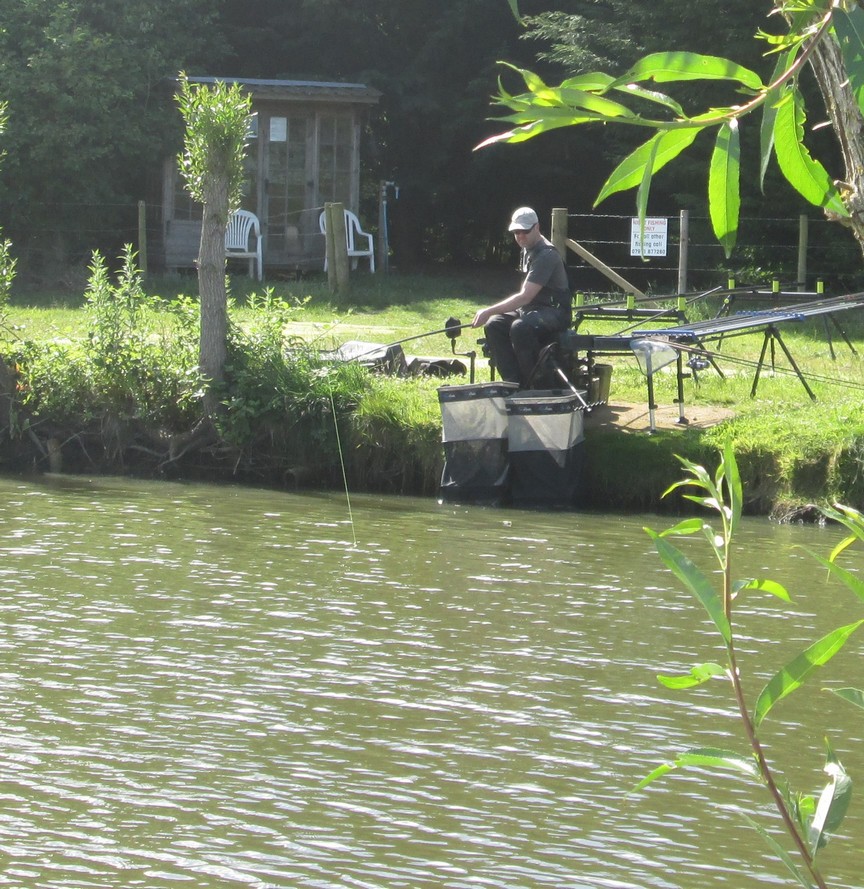 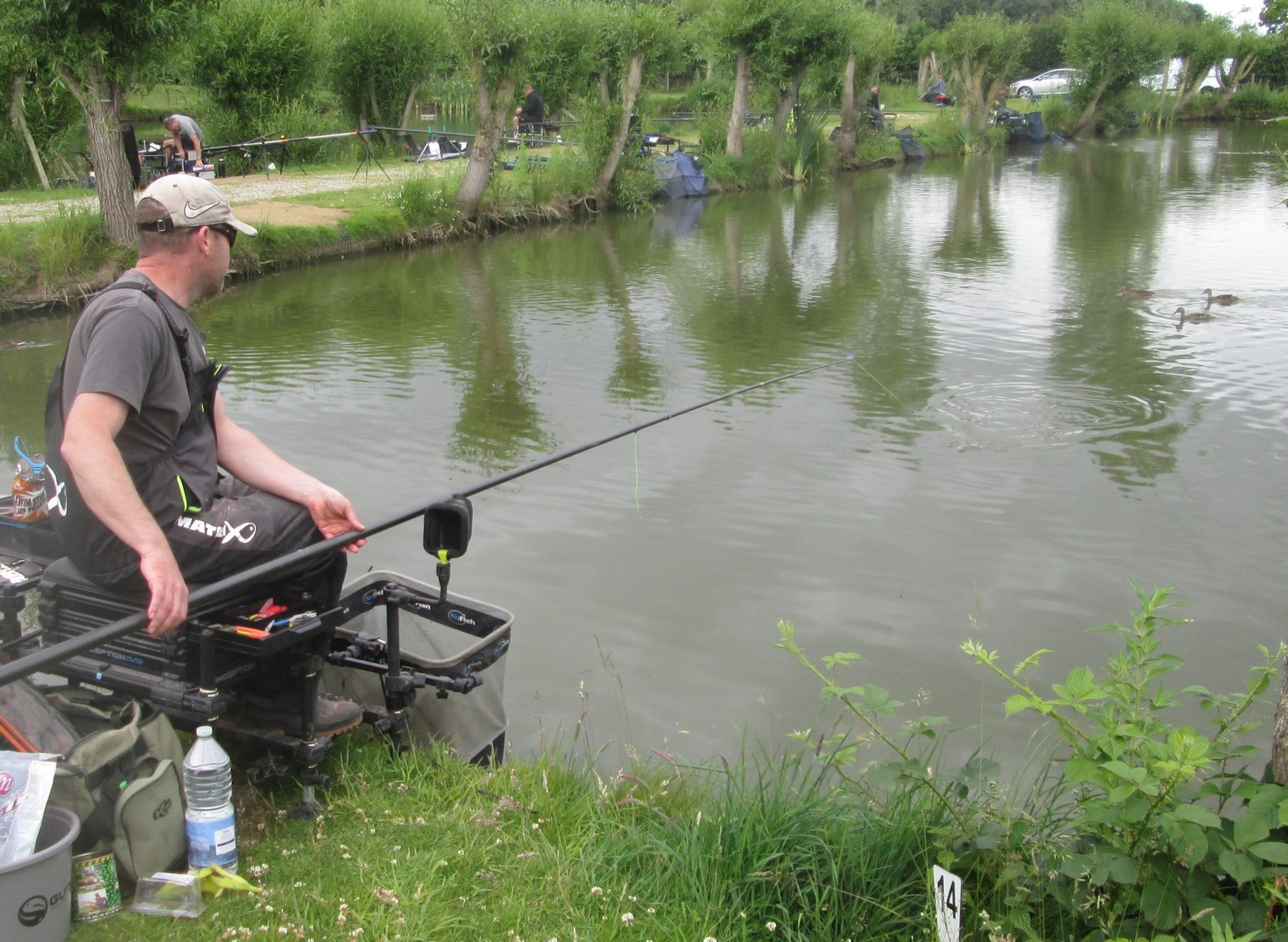 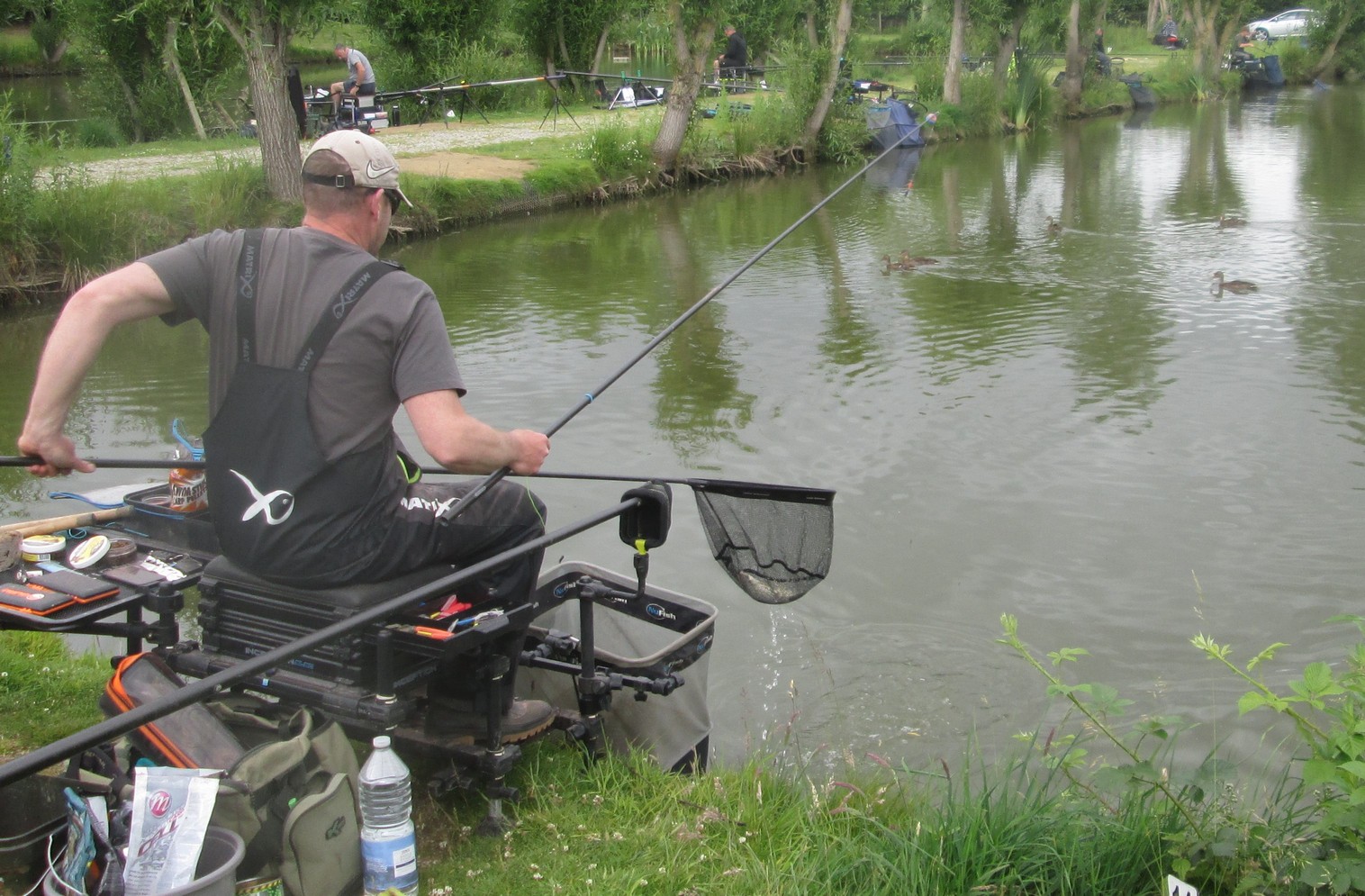 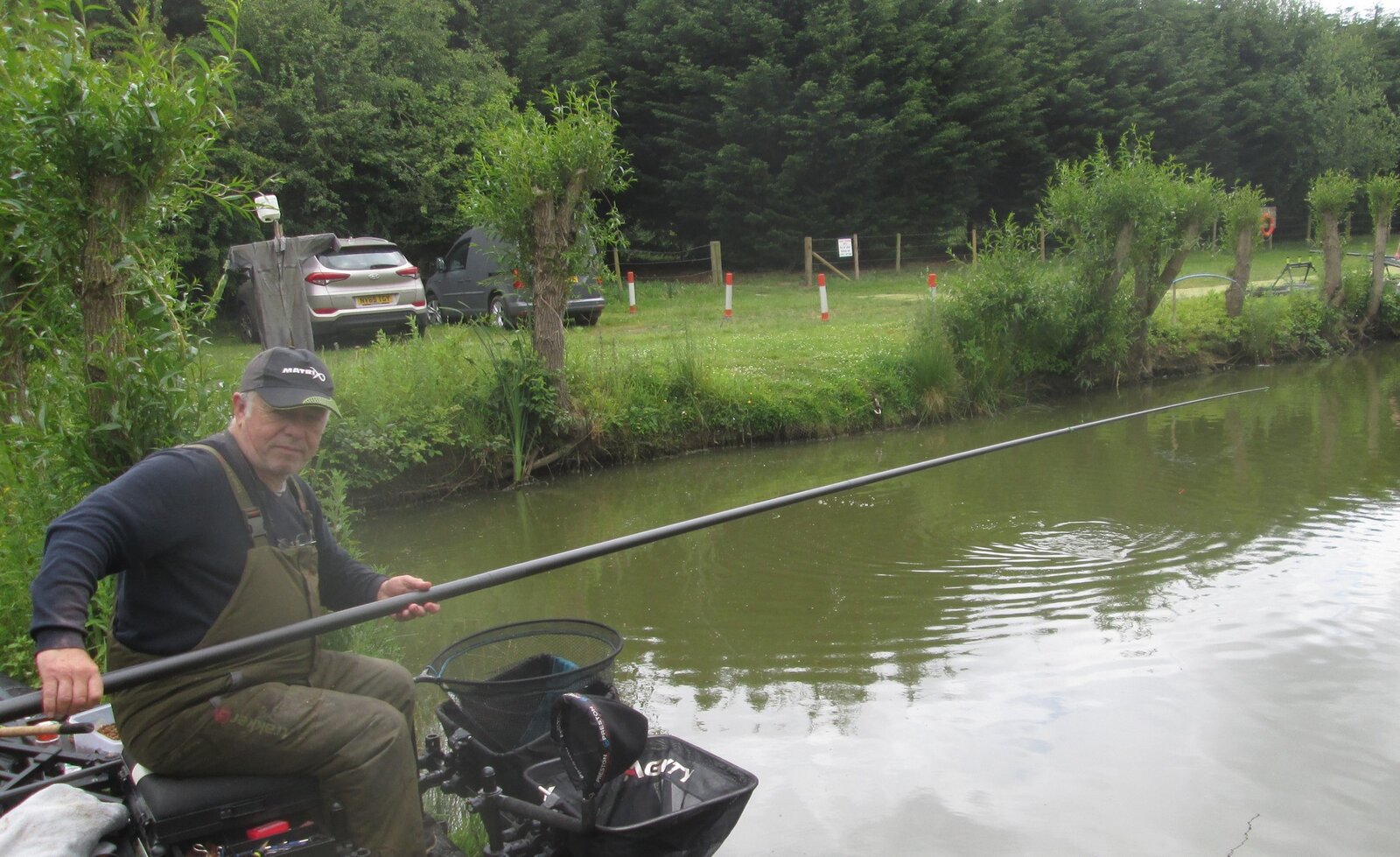 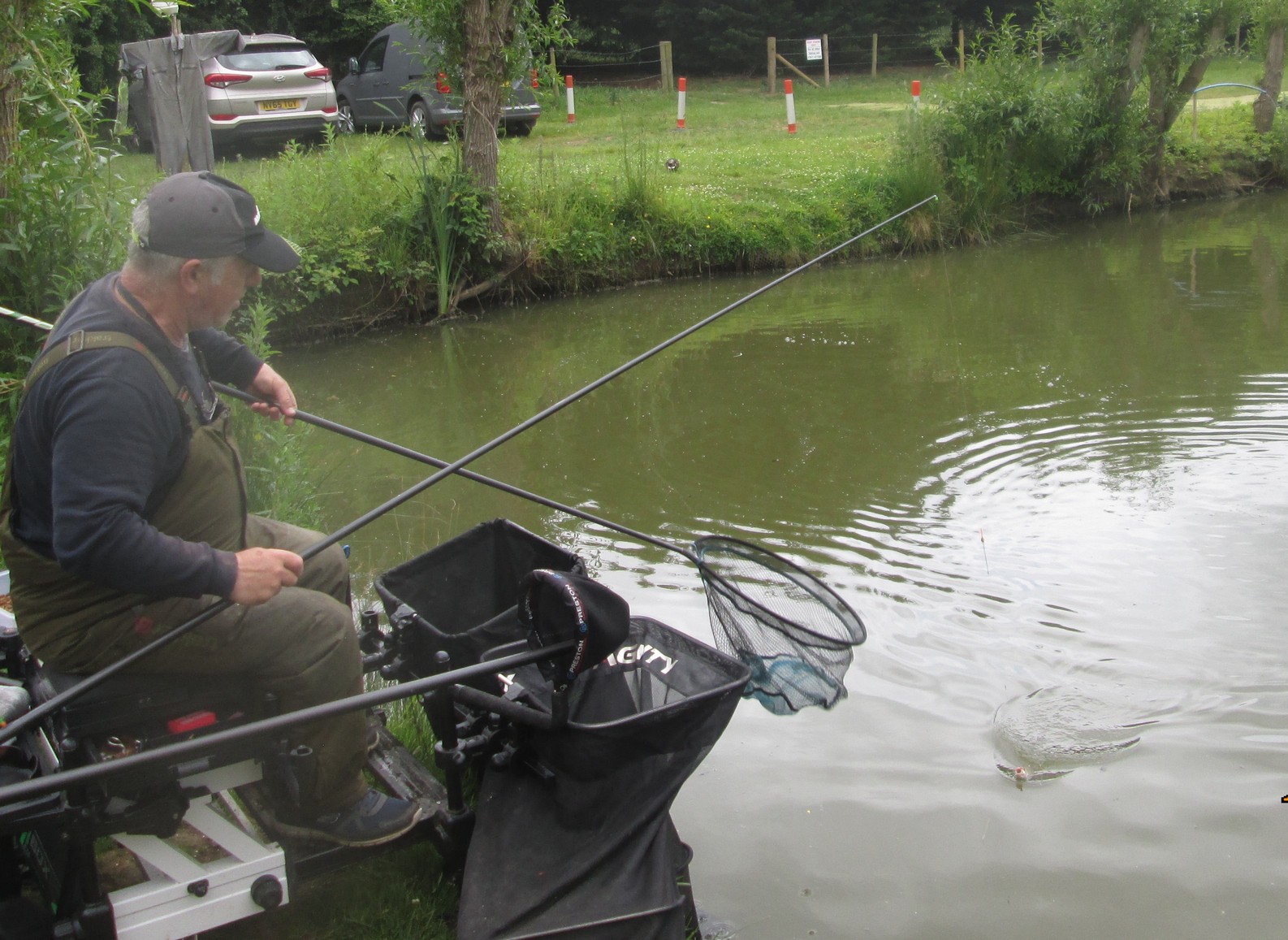 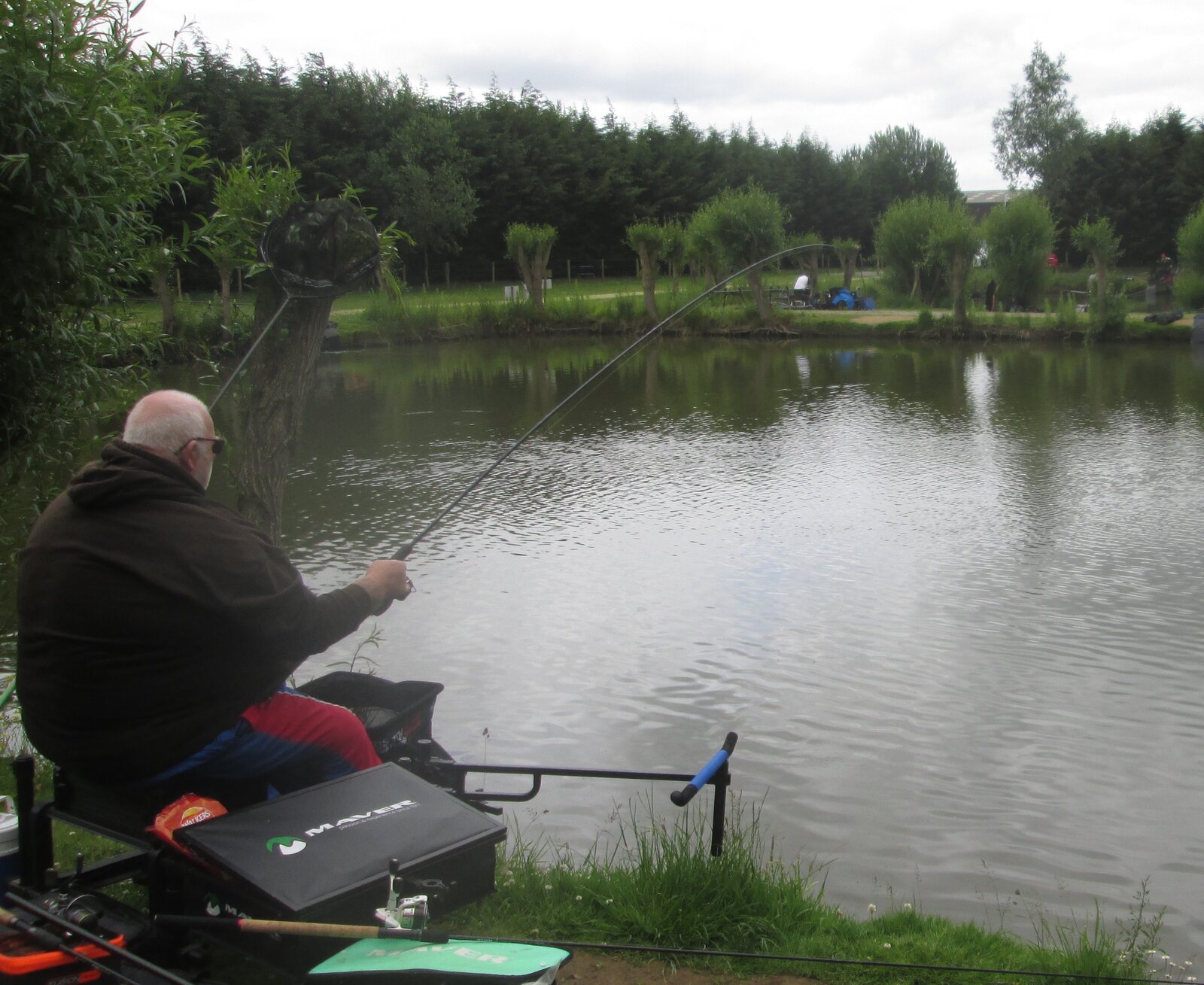 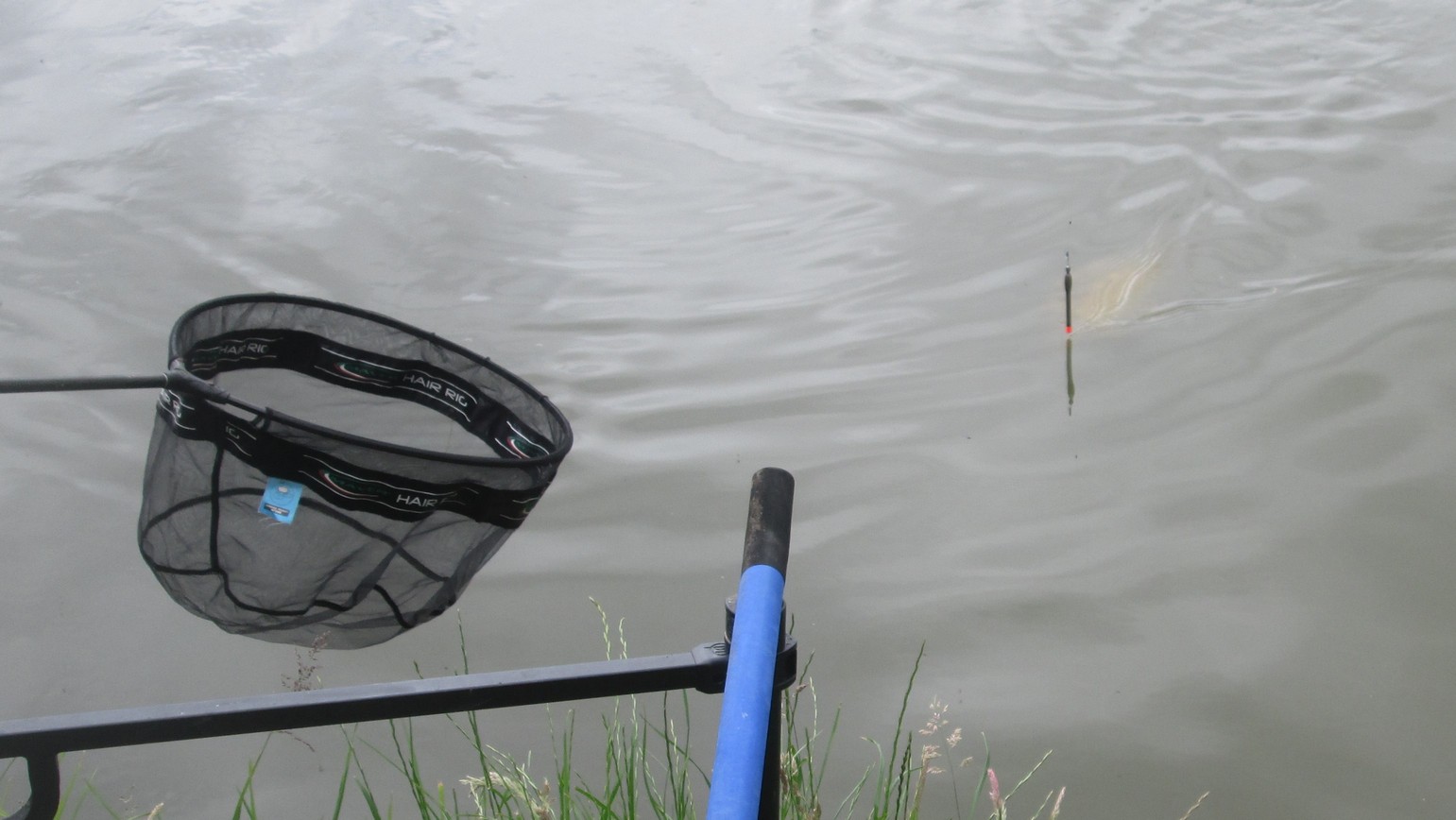 When I returned to my peg I fished a very light, slow sinking rig with a size 18 and single maggot on the business end. After a couple of tiny skimmers I hooked a little rudd – it fell off as I swung it in but lodged between the keepnet and the bankside and after a bit of scrabbling about I was able to retrieve it. Shortly afterwards a slightly larger roach also entered the keepnet.

Kev had picked up a couple of carp on the pellet waggler so I followed suit – I was fishing about half-way across and just pinging 6mm pellets at the float – very sparingly until I got any signs of a response. After 15 minutes there were signs of one or two fish in the area – flat spots in the rippled surface indicating their presence. Sadly despite three or four changes of bait and even more depth alterations I never had a bite so gave it up as a bad job. 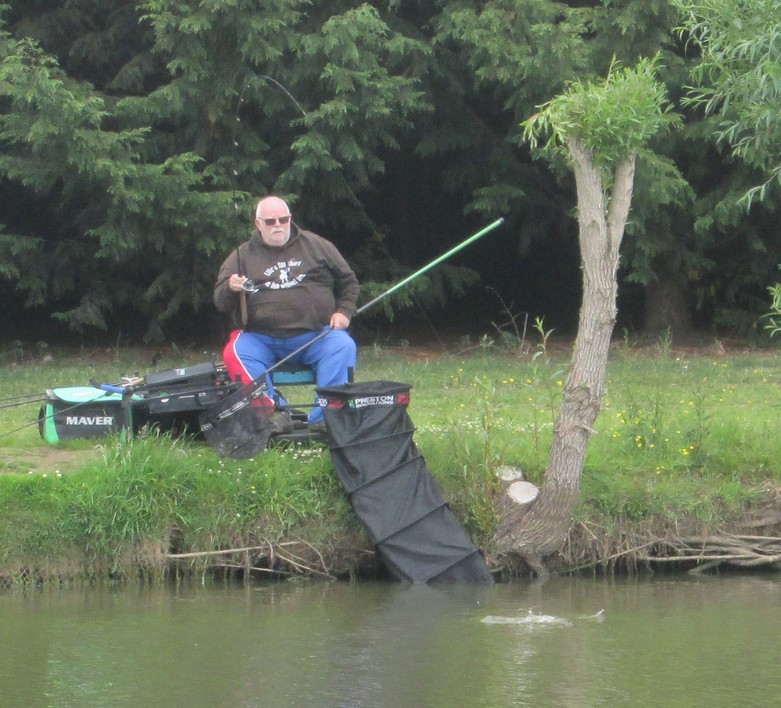 I was confident of getting a carp or two from the margins late in but would probably need a perch and a tench as well. I had a look at the left-hand margin first but that just produced more ide, however on the right-hand side they appeared to be absent and in quite short succession I got another crucian, a little mirror and a decent skimmer. I had twenty minutes or so fishing chopped worm and caster out at 8m hunting for an elusive perch but couldn’t find one, so with forty-five minutes left I did my usual ‘trick’ of chucking lots of bait in - hurling it at the water to make a noise and mimic the actions of an angler packing up. A couple of ‘babies-heads’ went in too. 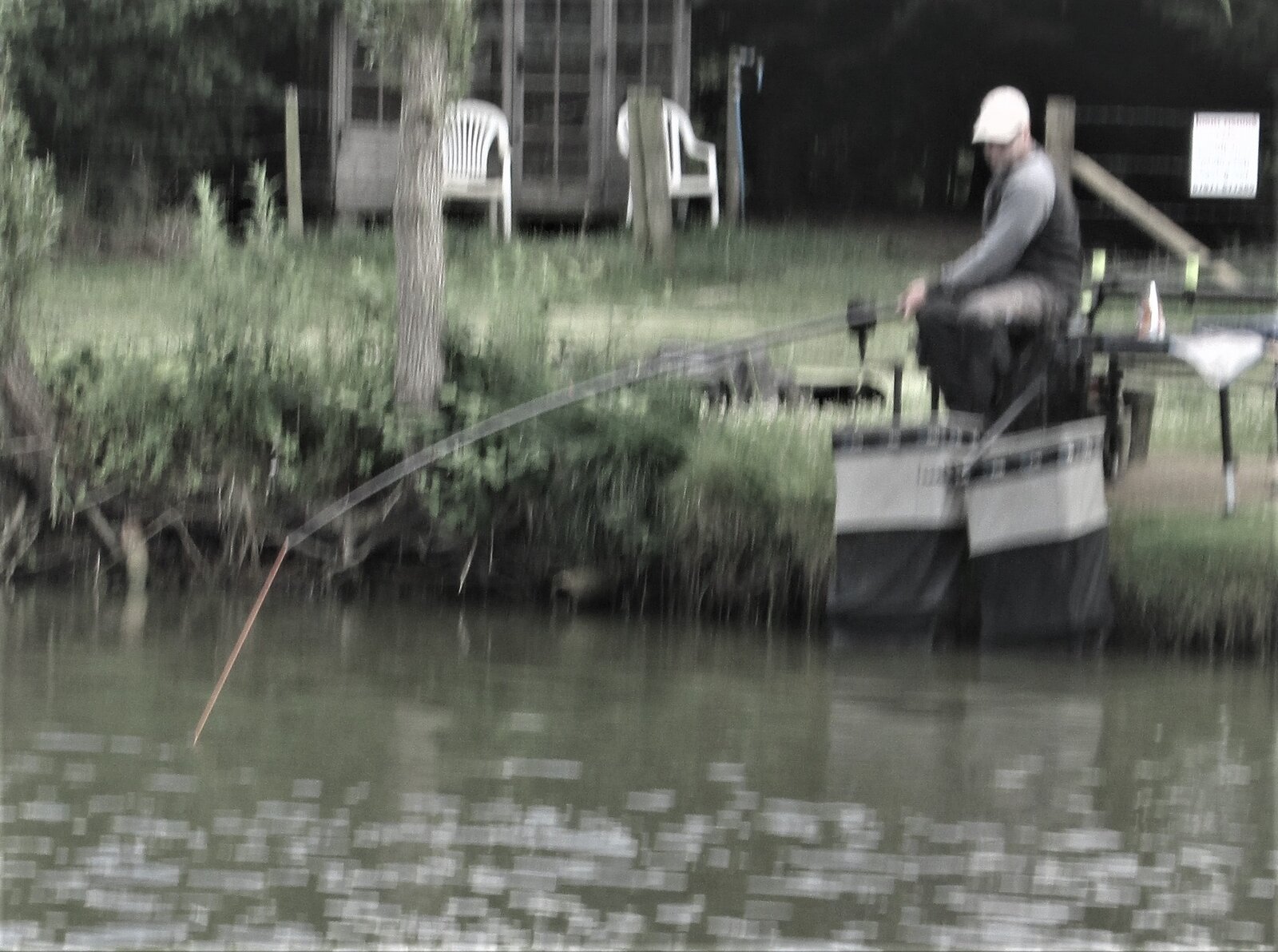 With half a dendrobaena on the hook I didn’t have to wait long before the float buried and something sizeable headed for the horizon. I was using solid 16 elastic but it rapidly bottomed out and just as the carp seemed to be slowing down the hook pulled out. Ten minutes later I hooked another equally large fish that was also heading for the next county – this one bust me on an 0.18mm hooklength. 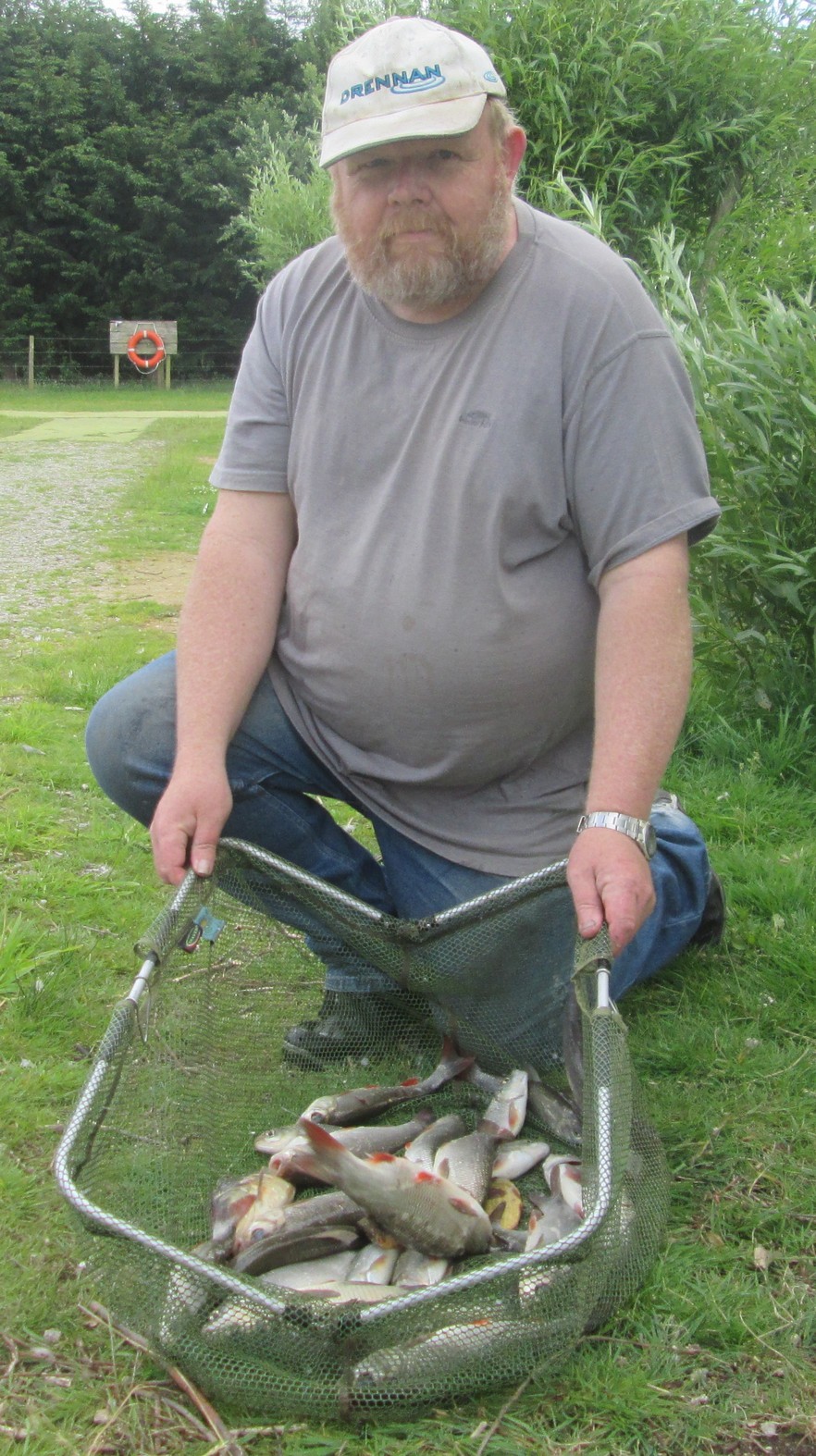 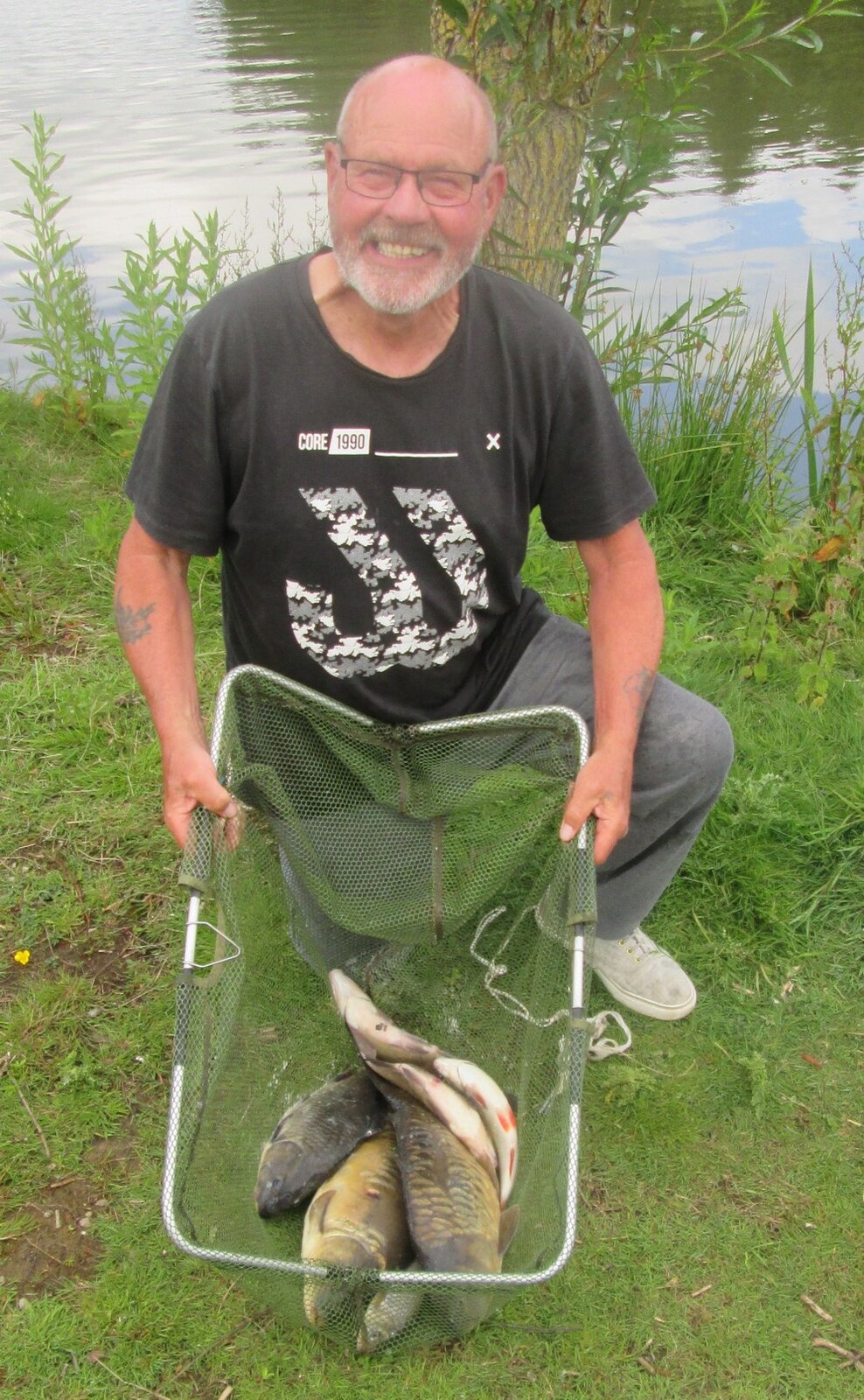 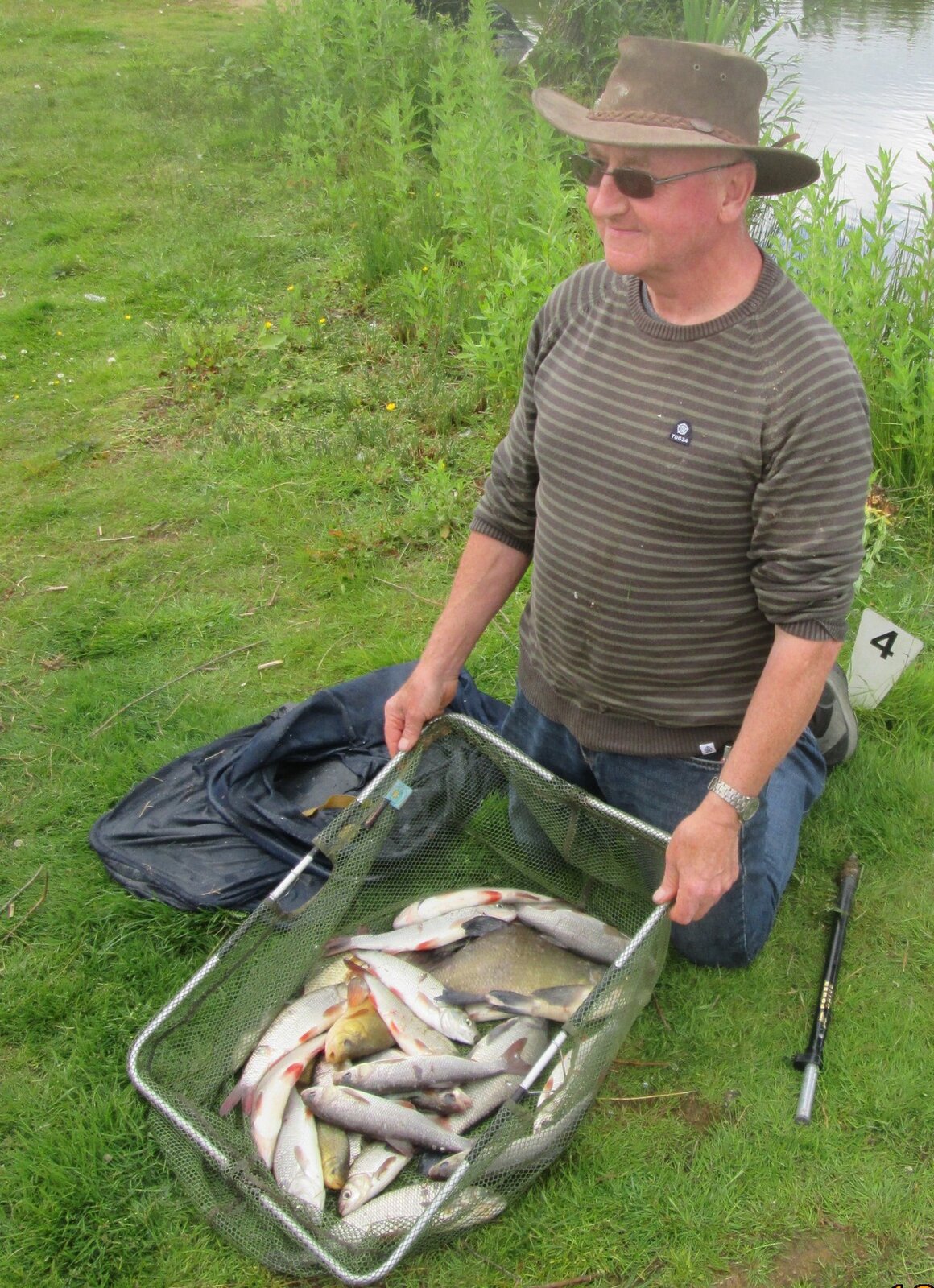 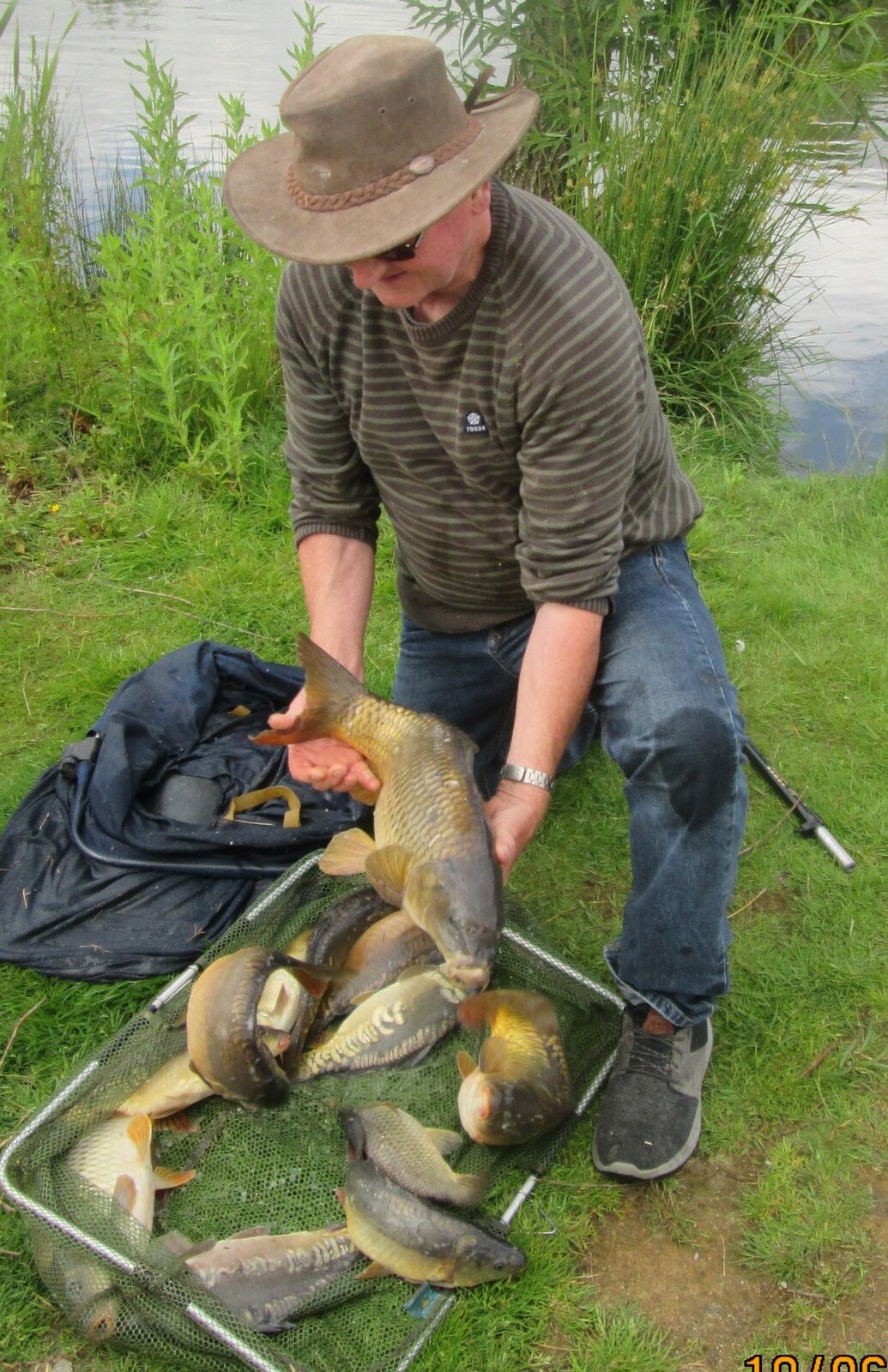 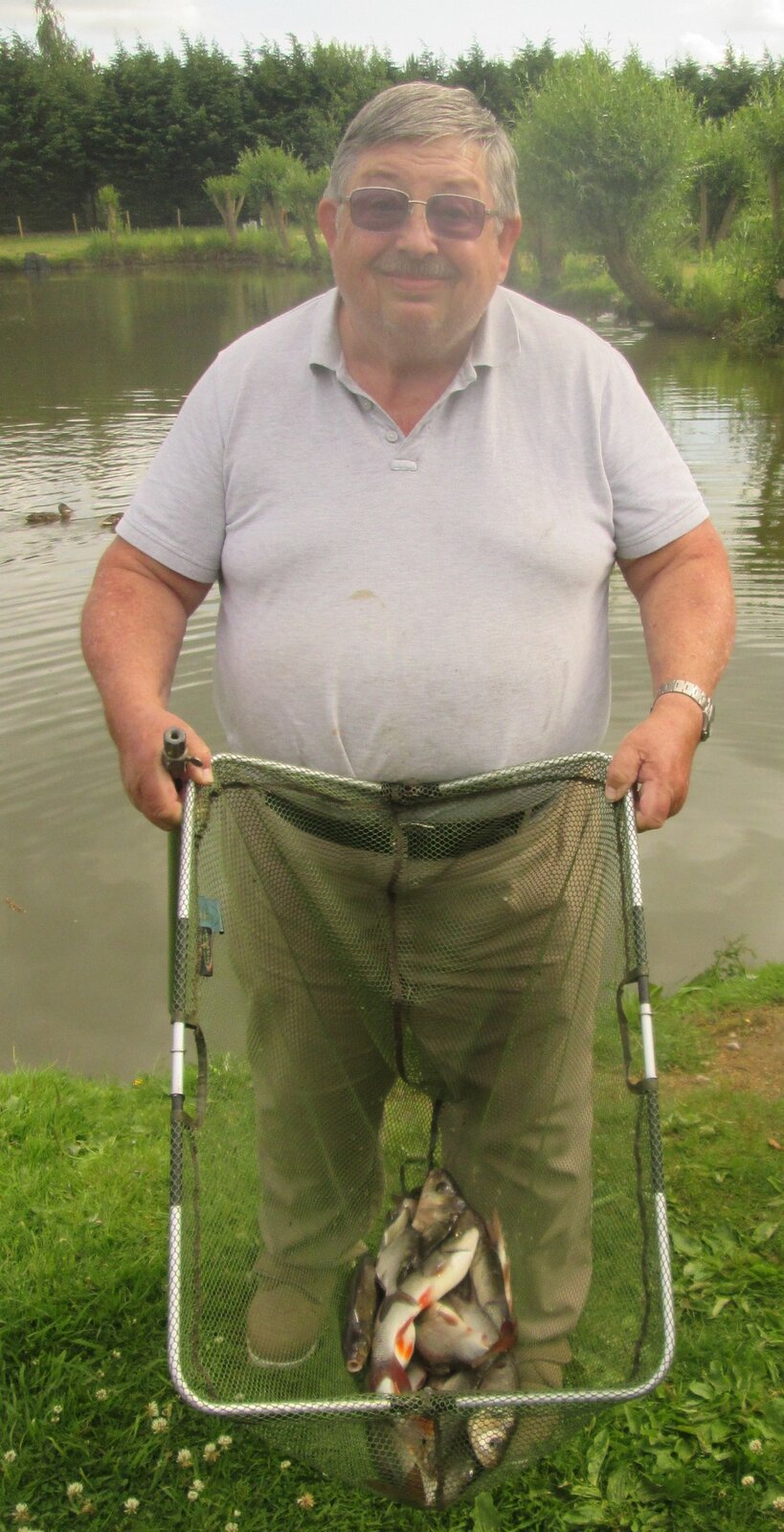 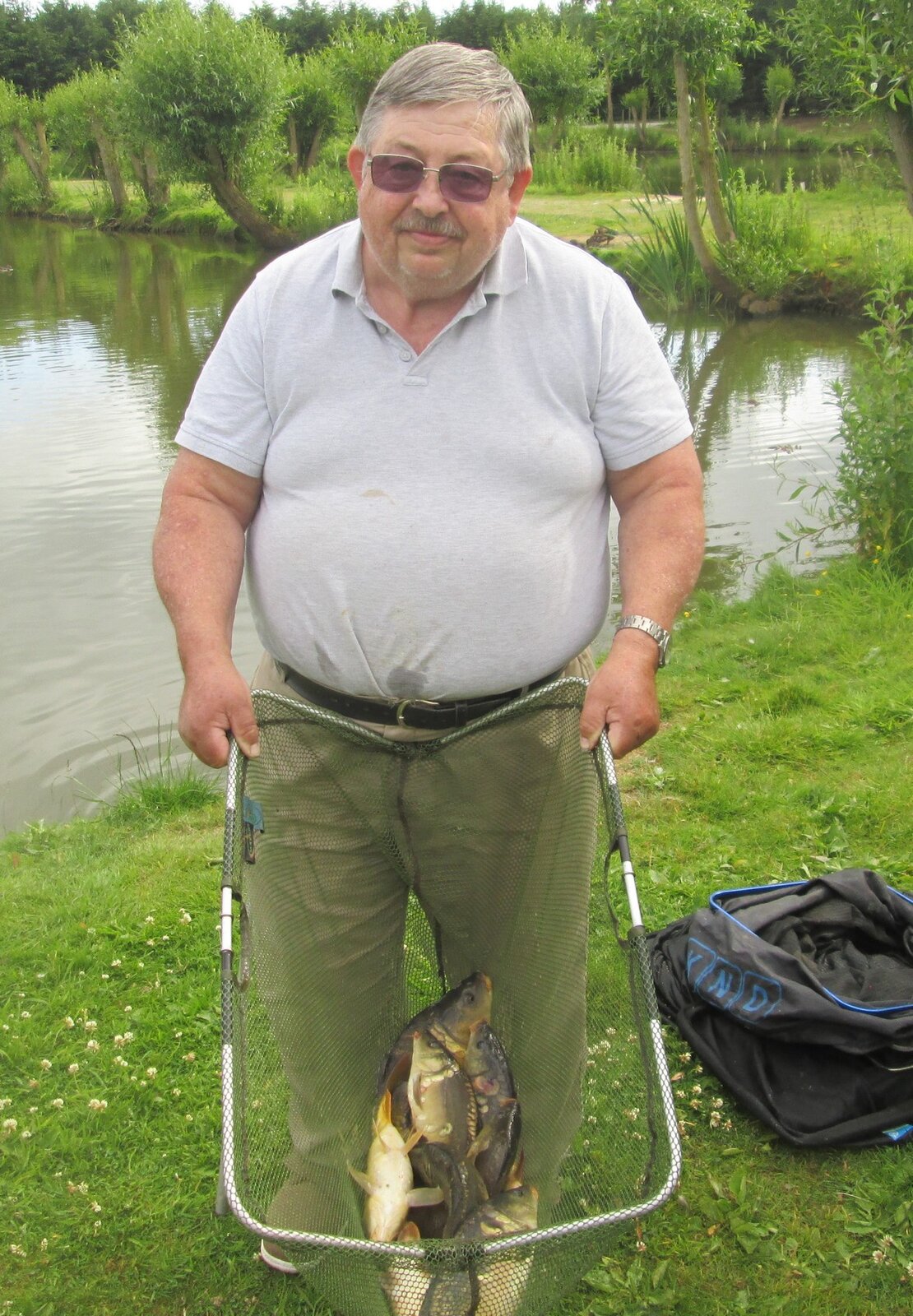 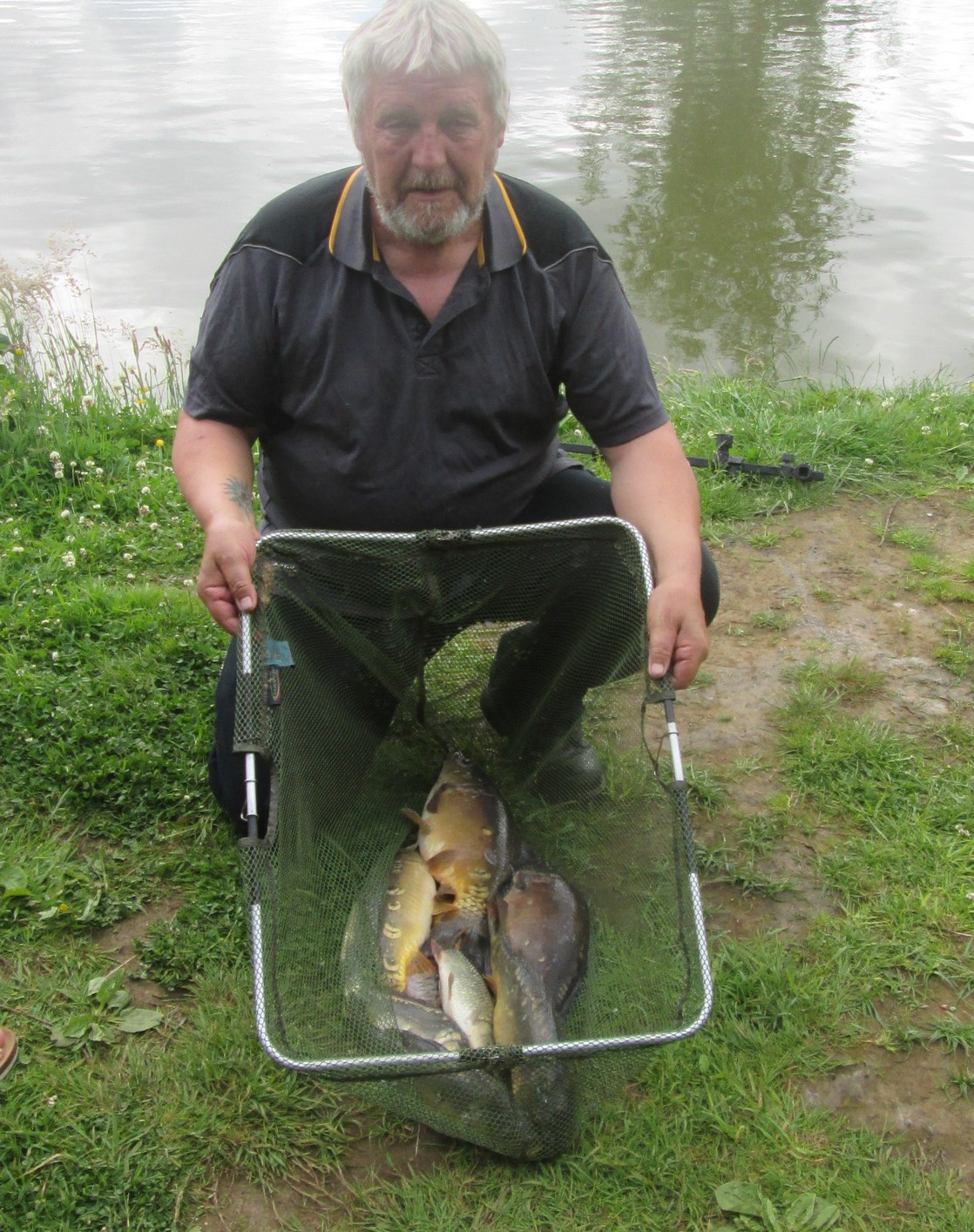 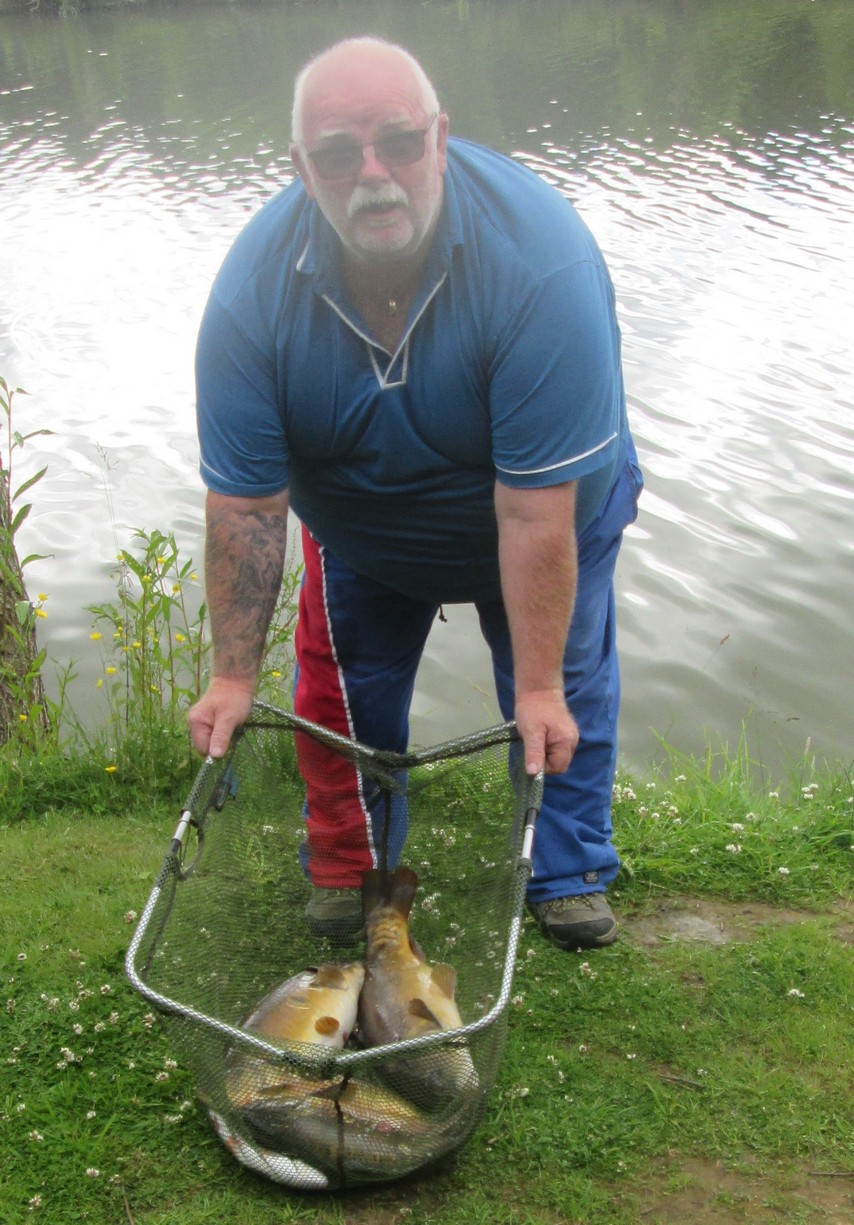 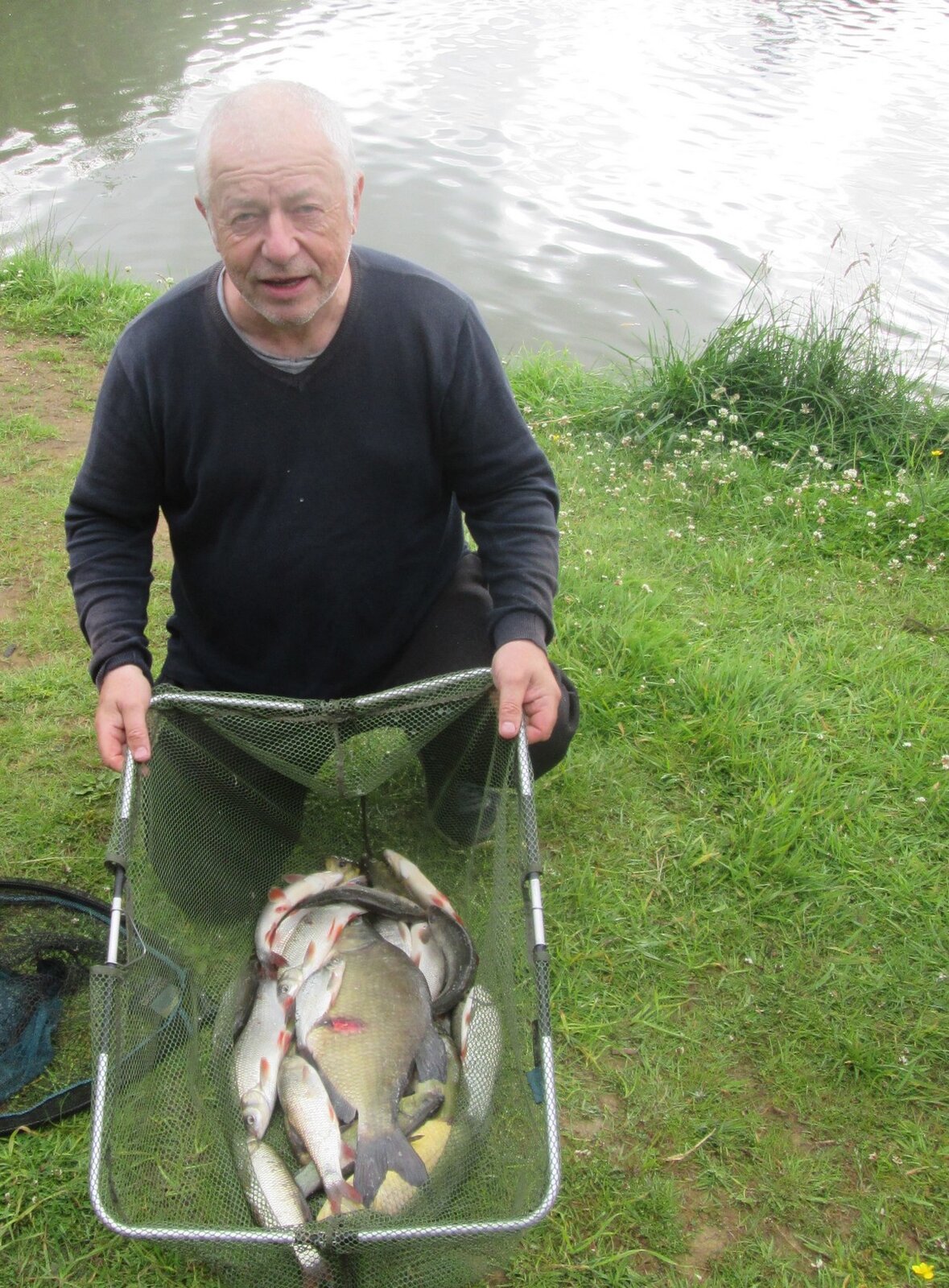 Next match is at Dromonby Farm tomorrow night for the second of the evening series matches and we’re there again on July 1st for the Hall Cup and July 10th for the Laidler Steels contest.