Had loosely agreed with @warrington63 for a session at Sandford, fishing the boat channel of the Thames.

Alarm went off, and I could hear the wind and rain and decided to stay in bed, so sent him a message saying I was crying off.

By 07.30am I was loading the car as it was now dry and I decided to make the effort.

First time I've fished it this season and I'd heard that there was now paid parking with NPR in the pub car park. I went to check it out, and it was pay by mobile, and parking was a max of 3 hours. So I headed over to the other side of the river and parked up in Sandford Lane which in hindsight is probably an easier walk (no locks to cross) and its still free.

Set up on my usual spot, just up from the pub. Set up a Shimano 13ft XM with a 506m, 2lb maxima fishing a 3aaa wagger and set up my old Silstar pole with a .5gm float that I'd been using for hemp fishing in the summer. 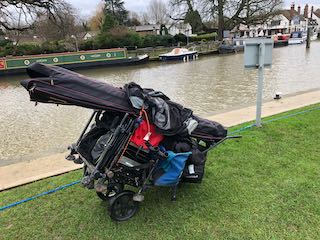 Fed a few small nuggets of liquidised bread at about 7 metres and starting firing maggots over the far side. It was an upstream wind, and the maggots were not really landing very accurately, but I could keep the bread and maggot lines separate.

Started on punched bread on the pole. Started to nick the occasional micro roach, but it wasn't right, so changed to a heavier 1gm rig with an olivette and started to get more frequent bites, but nothing of any size, until out of the blue I hit into something a lot bigger than I was catching and I pulled in a bream. Unfortunately that was the only time I used my landing next on a fish during the session.

Mark showed up and we spent a couple of hours catching up and discussing his new pet mice. Wind was gusty, but was getting stronger and stronger, but I decided to have a few chucks on the waggler, and started to nick a few larger (2-3 oz roach), but it was hard going to get the presentation right in the conditions. 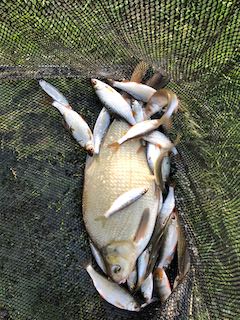 Packed up about 2pm after loosing the hooklength in the tree opposite, probably fished for 4 hours in total, but in all honesty I didn't fish it well.

Improvements:
I should have set up the heavier pole rig from the off, but I was at the point where I just wanted to get fishing.
Probably should have had a look on the waggler earlier, but I wasn't feeding it consistently from the off.
I need more line on my maxima spool, I think its been on there for a couple of seasons, started off with 70 turns of the handle, but loosing a metre here, metre there has resulted in only about 35 metres left on the spool! I'm doing that as soon as I've done this write up.

@adriang regarding " pet mice" there were 3 of them.

They took a fancy to some pieces of Cadburys Roses chocolate,

Unfortunately for them it was bad for their health,

Good stuff not always about size or numbers at least you got out and caught a few in difficult conditions as didn’t half blow at times Friday. That’s just about the only place you could have fished nicely on the Thames at the moment as well as the main river looks more like the estuary! About the one place an upstreamer doesn’t help much though as guessing it was backed up against the lock rather than flowing?

Nice bream that btw must have come as a surprise! Down opposite the hotel grounds is quite a noted spot for them when the main river is up but not heard of many in front of the pub so is a good catch that.
T

@warrington63 ......Festivities over your gaff at Christmas! 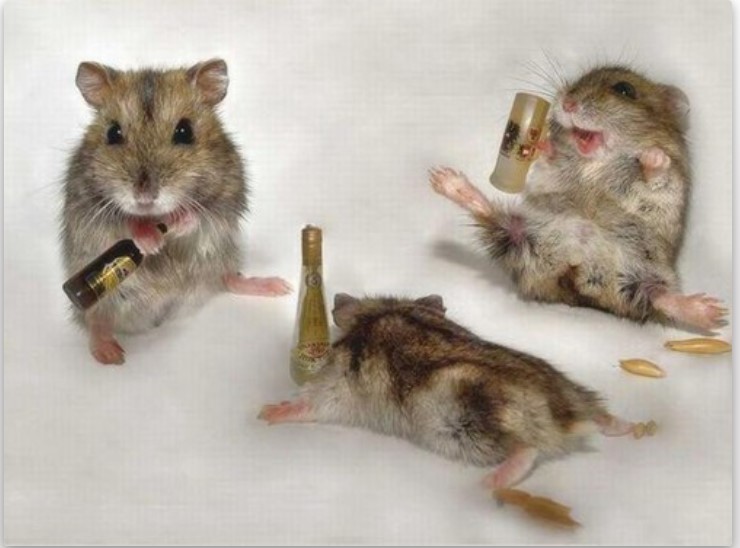 Total said:
@warrington63 ......Festivities over your gaff at Christmas!

warrington63 said:
@adriang regarding " pet mice" there were 3 of them.

They took a fancy to some pieces of Cadburys Roses chocolate,

Unfortunately for them it was bad for their health,

I’ve caught 6 from my garage in the past few weeks…shame I’m not as lethal at fishing as I am at catching mice.

Jimpanzee said:
I’ve caught 6 from my garage in the past few weeks…shame I’m not as lethal at fishing as I am..
Click to expand...

You want to borrow this little monster? She brings me several dead ones a day as 'presents'

CJROSCOW said:
You want to borrow this little monster? She brings me several dead ones a day as 'presents'

We have a resident cat, used to bring mice and birds plus the odd small rat if she had been in the fields.
Last year in the summer she came I through the bedroom window with a mouse,at about 2am The bloody thing was still alive and she started chasing it around the room.
Luckily she caught it again.
So both the mouse and her were evicted through the window onto the extension roof.
Let her in through the back door when we got up.
These days are spent sleeping,with her only waking up to be fed or go in the garden for ablutions,
Y

Jimpanzee said:
I’ve caught 6 from my garage in the past few weeks…shame I’m not as lethal at fishing as I am at catching mice.
Click to expand...

Didn’t you get those X ray specs for Christmas, so you could see your pole floats under the water.