@Arry never used a pin , would like to try sometime.

Casting is the difficulty (not so much with a long rod say, 17') but with a pin you have ultimate control over the pace of the trot

The rivers I learned to trot on the float had gone 10 yards down stream before you had a chance to get some feed in so always needed to be paying out line in those pacey northern rivers, I like a reel that I can easily trap line against either the spool or the housing (on closed face reels), I found some of my older Shimano's had a slightly to long stem to make this comfortable but when changed to Daiwa reels I found that a TDM3012 worked quite well for me so these along with ABU 506m and 507's are my go to trotting reels (unless I decide to use a centre pin)
N

like Mark Wintle, I use the incomparable Mitchell Match for most of my float fishing (I also have and use 501, 507 and centrepins) with bail arm open for trotting.
i posted a short video earlier this year to demonstrate how to avoid slack line when engaging the bail arm (which is a common complaint). Having viewed Mark’s videos pretty sure he does the same manoeuvre.
i really don’t share the OP‘s view, as long as the finger can ”at least” reach the spool rim then that is enough, the line doesn’t have to be trapped by the fingertip ... in fact for my method it is better to be nearer the first joint of the forefinger, so I really want to overreach the spool lip.
i can trap the line to hold back or mend the line whilst trotting ... so only need the engage that bail when I want to wind in.

I'm still learning all this so a very interesting thread, sometimes I find myself fishing 'two handed' which is a habit I should get out of.

I always used to use a closed face but since going back to river fishing I've used fixed spool and have quickly got use to it, always use finger on rim and have no problems. I can see what silverfish is getting at and in summer the flow of Thames can be very slow. When I fished lower Thames a lot in those conditions I would use a pole mainly to hand.

Is there an argument for having the arm closed at the point of strike that the fish doesn't gain the initiative, ideal for tight swims where you have to bend into barbel and chub as quick as possible, a marginal gain perhaps?
T 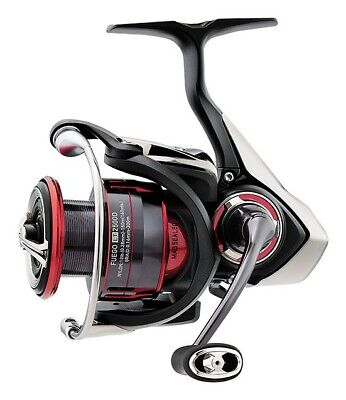 NoCarpPlease said:
i can understand silverfisher’s point on the Thames as it is virtually a Stillwater through the summer anyway!
Click to expand...

It can be a struggle to find flow on the Thames for sure. Part of the reason I spent July on the sandford old channel is that the weir means it’s always got more flow and colour than most other stretches so fishes well that time of year. Weirdly since the masses of rain in late august even medley which is usually as good as stationary and crystal clear has had good flow on it this year. First got a couple session on it early august and it wasn’t moving and quite hard work but on my last 4 or 5 sessions on it in the last say 8 weeks or so I’ve been met by good flow (by Thames standards) and even a tinge of colour and it’s fished really well.

There's no right or wrong way... there's only "Your Way" you do what works for you, at that time, on that day, after whichever species you are targetting, with whatever bait you are using... No hard and fast rules and no yellow cards for going "off piste"... do what works and enjoy your fishing...
P

I must admit that I was struggling to find a fixed spool reel that was small enough to allow me to easily reach the spool and fish effectively while trotting. I should say here that my problem was not short fingers, but lack of dexterity and grip caused by m.s. Much of my fishing was previously (I'm in my 60's now), done with closed face reels, but I found that they have limitations when waggler fishing or very long trotting...eventually I found the Daiwa tdx reels which are absolutely brilliant for me...small, light and with a short seat to spool distance....I liked them so much I got two..!! The only problem with the tdx though is that they are discontinued and may be difficult to find now...I'm happy though ?

I think reels have got slightly larger on average maybe due to carp fishing who knows. I hope you guys keep finding reels that are compact enough especially those with joint problems etc It may be worth having a quick look at spinning reels as I've found they are every bit as good for trotting as the reels we all used to use back in the day, plus they are usually dirt cheap, so maybe worth a punt