A bit of creative diary management and I was able to have the car loaded and be on my way to my local fishery by 3pm. The good weather had brought people out in huge numbers, the car park was full when I arrived and most pegs were taken! Here’s me thinking weekdays would be quiet. Anyway I found a peg on the end of the match lake, with one in between me and the next bloke.

I always have a feeder rod ready set up so I started on that, fishing micros on the method with banded 6mm. first cast returned a small F1, followed by another 7 in the next hour. They were only small, no bigger than a pound. I fed the margin to the right and quickly set up a light 2bb crystal waggler, 4lb straight through to a size 14, 3ft deep. After the hour was up I started on the waggler, fishing as tight to the reed stumps as I could. Bait was corn, feeding micros and corn, with a change bait of dendrobena.

Bites were instant and a mix of brown goldfish (I’m not a huge fan of these), crucians, and decent roach came to the net. Nothing over 2lb, but nice to see the float go under every cast. Some of the bites were very finicky, so the float was dotted right down. I did lose a big perch at the net after it spat the hook. Definitely over a pound, possibly two. Gutted!

A nice little session with over 40 fish. The best part about it was the whole lake packing up between 4 and 5pm. I had the last two hours all alone, bliss! 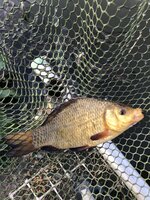 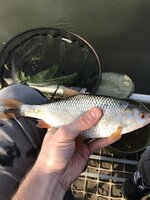 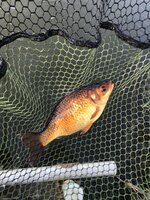 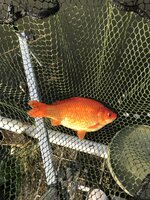 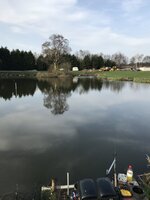 I also tried using cling film in my Drennan method mould, to stop the pellets sticking. It worked a treat, cheers for that tip MDs!

A good day in the end