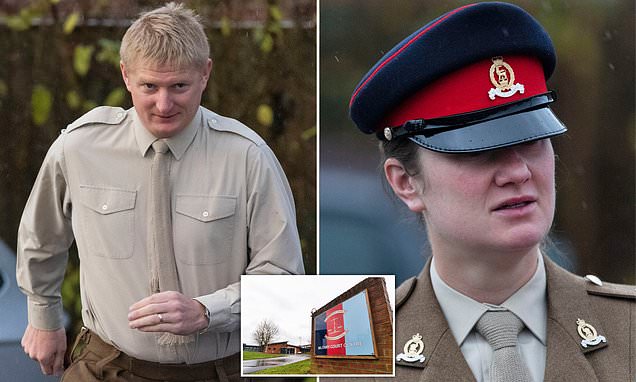 A board of three Army officers took 90 minutes to convict Major Thomas Clark of battery today at a court martial hearing in Wiltshire.

"WO2 Kelley said that this behaviour was 'unacceptable' and 'flies in the face' of Army values for his 'unlawful' non-consensual slap.

He added: 'I've never been smacked on my bottom before, anyone who knows me will know that it is not acceptable to do to me."

A WO2, supposedly a leader of men. After having his arse slapped, couldn’t get intimate with his wife. I don’t see how he could have the nerve to lead fighting soldiers. He certainly would not instill any confidence in me. I would of been embarrassed to complain to senior officers regarding this incident. Should have sorted it out between the two of them.

so hard it shook 'quite vigorously

Tbh, he makes a mockery of the lads and lasses who served and have had or got PTSD.

One of my nephews served in the Guards, in communications, one of the first into the battlefields after the special forces, setting down coms for the troops.
He did two tours of Iraq,, two tours of Afghanistan, on the front line, and involved in numerous conflicts.
He saw stuff that no one should see by all accounts, it's not something he spoke about.

On one occasion leaving Afghan, he was instructed back to the stores and was dropped, along with others, straight into the middle of a hostile situation in Iraq with orders to end it. Then lifted back out and taken for debriefing before coming home on leave.

He was medically discharged from the guards due to PTSD. The sound of the Last Reveille used to send him into meltdown, it nearly cost him his marriage, home and life.

Why the police have lost all respect
2

Oh yeah? So how's this going to work then?
2