Pollution of the River Test: Anglers demand more action from the Environment Agency

The intertidal zone of the River Test in Hampshire is a Site of Special Scientific Interest (SSSI), a Special Area of Conservation (SAC), a Ramsar site, a Site of Nature Conservation Interest (SNCI), and a Special Protection Area (SPA). There is no higher designation that can be afforded to this special place. A haven for migratory fish such as salmon and sea trout, important for species such as mullet and bass, home to wetlands birds, and a variety of rare species and habitats including snails and other invertebrates.

If a major pollution incident occurs anywhere that requires urgent and immediate action, it is here.

On 15th June, Howard Taylor, conservation biologist and founder of upstreamdryfly.com, reported a major pollution incident, informing the Environment Agency of “oil, fuel and myriad chemicals” coming from the Nursling Industrial Estate, adjacent to this important wildlife site. The incident was reported and videoed by upstreamfly.com’s river keepers.

Over two weeks later (at the time of writing), neither the Environment Agency nor Southern Water, who are responsible for the land drain and interceptor from the industrial estate, have taken any action to stop the pollution or effectively clean up the damage caused. What actions that have been followed are not adequate for the size of the pollution, no pollution protocol is in place and the Environment Agency have still not declared it a Category One Incident, despite a large number of dead fish being seen in the area.

Instead, both the Environment Agency and Southern Water have spent a lot of time looking into the ditch, talking to the businesses on the estate, and passing the buck, while making statements that seek to play down the incident. The best they seem to have managed is to have a tanker trying to suck contaminated water out of a single manhole on the industrial estate.

“Southern Water’s sewer network is designed purely as a surface water drainage system and is not intended nor designed to retain oil or other pollutants. … The Environment Agency cannot issue Environmental Permits for surface water discharges as they should consist only of clean, uncontaminated run-off. Therefore there is no process for setting limits or monitoring the contents of the discharge.
“We recognise that the location of this large industrial estate so close to a sensitive and internationally important habitat is less than ideal but the location of such facilities is outside of our control …”

This begs serious questions for the Environment Agency insofar as they know there is a major risk from this industrial estate, they recognise its location next to “a sensitive and internationally important habitat” and yet they seem to be saying they is no proactive monitoring or management of this risk. They also seem unaware of their power under Schedule 21 of the Environmental Permitting Regulations 2016 to issue Southern Water with a Notice requiring a permit for the drainage system.

“Fortunately, no evidence of distressed wildlife has yet been found in the area, but we continue to investigate these claims.”

This was met with incredulity by Taylor and the local community, who pointed to the sightings of multiple dead fish, including salmonids, dead aquatic snails, including SAC protected species, and dead cygnets.

But this is not a one off. In highlighting the issue to the Angling Trust and Fish Legal, Taylor commented:

“Every time it rains following a dry spell this happens. The whole of the Nursling Industrial Estate is washed into the intertidal zone of the river Test as the interceptor is not fit for purpose and outfalls into SSSI, SPA and SAC designated areas. The Environment Agency has established this section of this river is the most diverse they have ever surveyed and recorded.

“I have personally reported these incidents over the past 10 years to the EA pollution hotline and nothing is done. Prior to our stewardship of the lower Test fishery, the previous stewards say they reported to the Environment Agency dozens of times.”

Stuart Singleton-White, Head of Campaigns at the Angling Trust, said:

“Once more we see a complete lack of action from the regulator who is meant to be protecting our rivers. This is why so many anglers are losing faith in the Environment Agency. They are asking if the Environment Agency is fit for purpose. While there is no doubt the Environment Agency needs more funding, and the devastating cuts inflicted on it since 2010 reversed, its leadership also needs to look at how it operates. It must take decisive action against pollution incidents of this kind and hold those responsible to account. We need quick and effective enforcement, not excuses and promises to look into the issue.”

The Angling Trust’s Anglers Against Pollution campaign will continue to press the government for more funding and demand the Environment Agency does more to bring polluters to book. 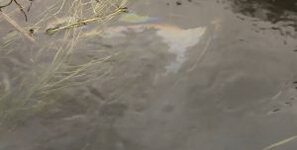 Diesel oil on surface of the river 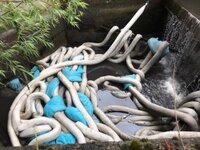 
The post Pollution of the River Test: Anglers demand more action from the Environment Agency appeared first on Angling Trust.