It is with deep sadness we share the news that Phil Hyde passed away peacefully on 26th November.

Phil was an incredibly committed and passionate angler who was responsible for bringing distance casting and custom-built rods to the West Country in the 1980s and transformed the South West with modern rod design and custom building.

He dedicated a large part of his life to volunteering in angling, first with the National Federation of Sea Anglers, the Bass Anglers’ Sportfishing Society, and later the Angling Trust. 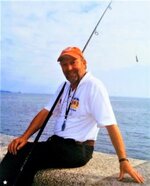 Phil was among the first qualified sea and game angling coaches in the country and managed England’s Youth Home Nations team for some time as well as being involved in the beginning of both Dennis Retter’s and Mike Birks’ surfcasting careers.

Over the years, Phil wrote regularly for the local newspaper as well as a number of angling magazines.

He was also committed to the conservation of fish, fishing and the environment, he was deeply involved in the NFSA and Angling Trust at a local level with Wyvern and was the architect of the ‘Take Five’ campaign, an initiative for anglers to help remove litter from wherever they are fishing.

We would like to extend our deepest condolences to Phil’s family and take a moment to recognise and appreciate the contribution Phil made to angling over the years.

One of my sea angling heroes alongside Neil Mackellow.
RIP Phil

Condolences to family and friends. RIP.

Campaign gives anglers a voice on litter and plastics