Opening Night on the Weir

I decided to bring in the new season with a night session starting at midnight on the local Worcs Stour Weir.

Arriving at 11am in the hope there'd still be some light proved a fools errand as it was pitch black down there by then. Not to worry, had my head torch and rod already rigged up. I tried to take a photo but it came out black even with the flash so here is a picture of the swim taken at 4.41am. 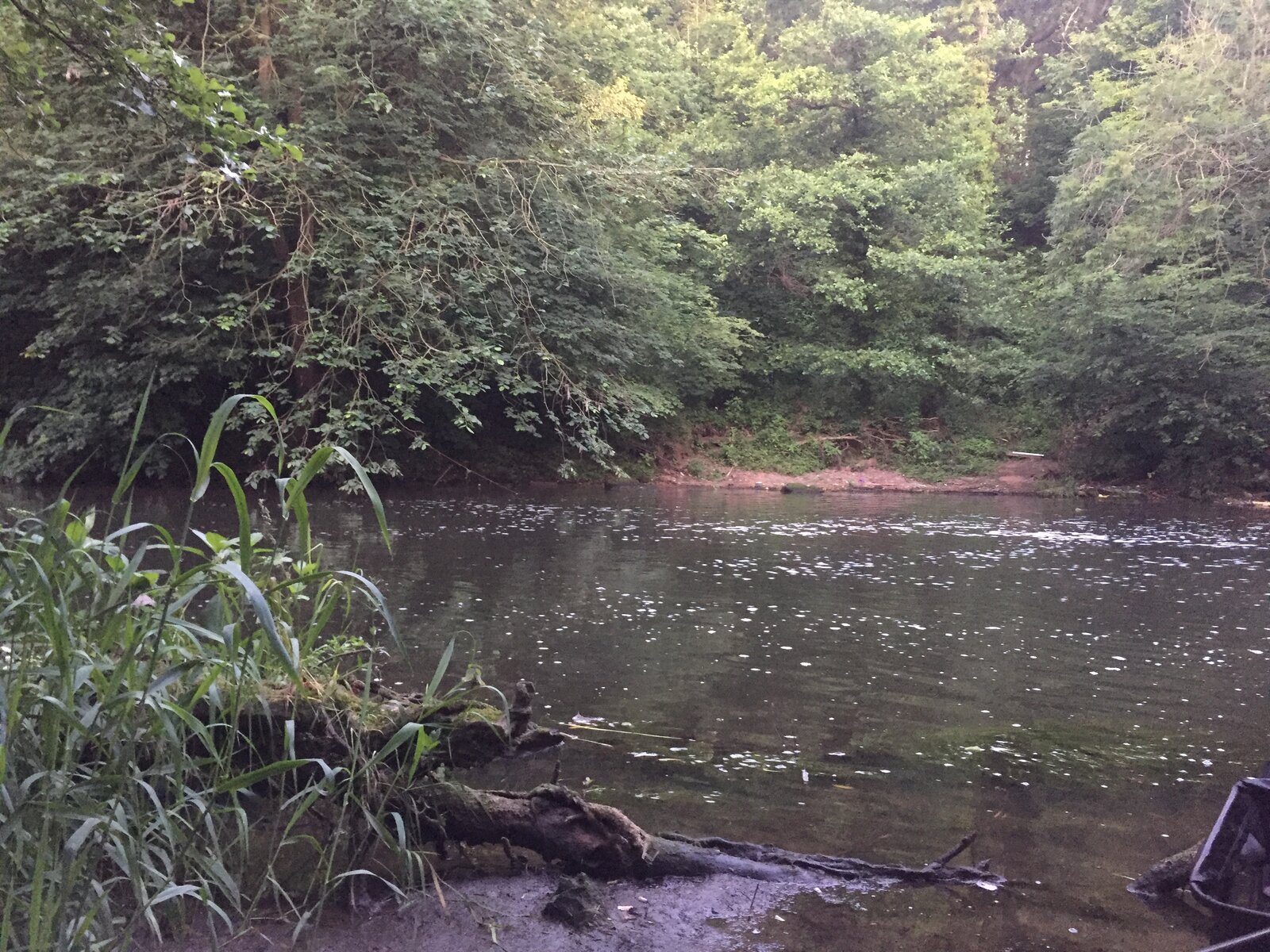 It's quiet down there at the best of times, tucked out the way down a lane near my village, so tonight was eerily quiet save for a few bats. I usually chicken out as it gets dark so it was a new thing for me fishing at night here. Turned out to be nothing to be afraid of, but a bit different.

I was on my usual tactics of a maggot feeder but had some worms with me just in case. I'd spent the hour I waited until midnight trickling in hemp and maggots so expected a quick start.

I got that with 6 Chub in the first hour. Then it slowed up a bit with 3 fish in the next two hours, leaving my with 9 Chub and 3 Eels at 3am.

Then I lost a fish and it seemed to kill them peg. I also got snagged and lost my rig so had to tackle up again in the dark. Took me a while to thread a Preston FeederBead.

I did have another couple of Chub before I packed away at 5.30am. And a bonus little Perch the one time I tried worm as bites had become more finicky on maggot. 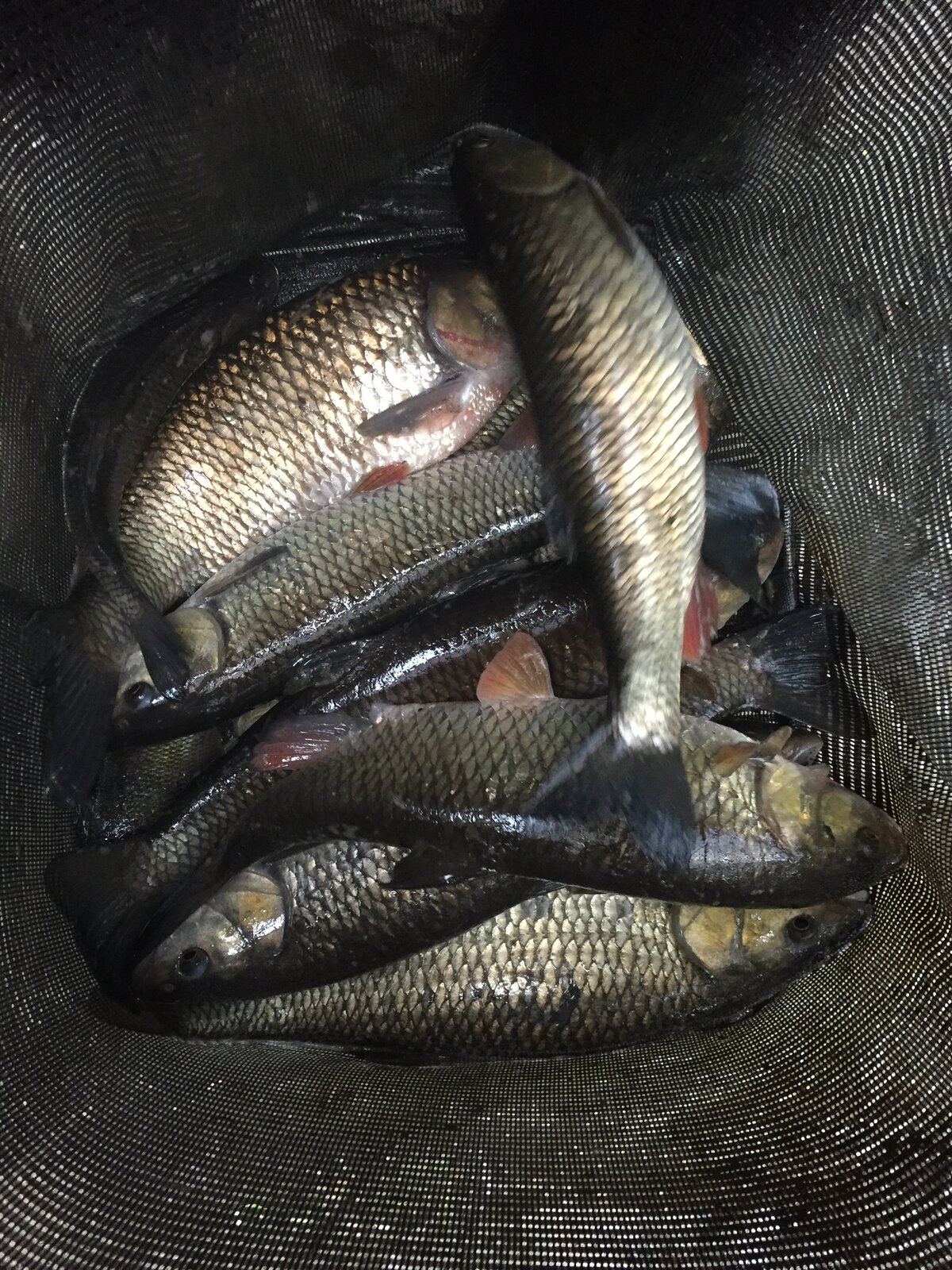 So quite a good start to the season. I've said before that sometimes the Chub can be a bit straggly at this time of year, but they were actually quite plump and well conditioned today.

I'm tired now so maybe a bit of a jumbled write up, but glad the session went ok and glad to be back on the weir!

Nice write up and good catch. Think you’ve got your am and pm muddled buddy.

Well done for getting out, it looks like you were well rewarded for it. That’s a good chub haul

A very good start to your river season

Well done Steve and an excellent start for the new season.

Cheers al! I've just woke up, thanks for the kind response! I must have been tired when I wrote the report; am and pm muddled... quiet... at a weir! It was the start I'd hoped for though, being full of Chub this time of year, it could all change and be full of Chublets etc in a couple of weeks, Barbel by Autumn, but it's not that predictable which is why it's one of my favourite spots!

Best day of the year on here the rivers opening

A great start to the new season ,well done

Thanks for all nice comments and likes! It probably won't fish this well all year now! I look forward to autumn when the Barbel might move in. Mid summer can be full of small fish for a couple of weeks which if there's enough of them can be fun on the float. We'll see. Good to see you post again @Ausho

Cheers mate, good luck for the rest of the season

Great start to the season Steve

My last river session of the season

A Gamble Pays Off