Only Gone and Done it - British Pike Qualifier

Fished my second pike match ever recently, a British Championships qualifier. Nervous was not the word in the build up and i can see why match fishing is quite addictive and can also see a great bunch of lads come together with plenty of good banter. Not ever being around a match scene it opened my eyes to the attraction of it.

As always the camera came with me, forgive the wind at times it was bad and in face!!, so a video of the day was made and as i saiy in video not as in depth as other due to being a match.

my thoughs on match fishing??, Enjoyable, exciting, fun but.................there is no chance i could do it every week, knowing you are in contention your stomach is going as you hope your floats go and every capture around the lake is magnified!

It does however push you to get off that chair and try as hard as can, pleasure fishing i know there where times i would have left the rod longer, not moved or changed a bait or had a wobble or a go with lures.

Finals are later in year and with my mate qualified as well a Road trip looks on the cards!!

Well done Danny! Great Vid! Totally understand about your nerves I have a big match coming up when the river season starts and im nervous/excited already

Great video as usual and well done. You're tougher than me only having your md hoodie on, but I'm assuMing it's really warm.

cheers peter, i think its up in the air at the moment, normally on the drains but i believe venue changing this year, my mate qualified in october so he is interested in going, be a experience if nothing else way look at it.

cheers plastic jock, best of luck in the match mate would love to have a local river to join and try match fishing, my locla ones are weaver and mersey, merseys been hit hard by seal and weaver is a slow river so not my type of fishing really. best of luck mate.

Cheers indi, maggot drowners hoodies are the best!! would never be without it goes out 52 weeks the year, more holes than swiss cheese, better get a new one lol. joking aside, warm and made of tough material so last.

Nice video Danny and certainly a good match for you. Nice result.

well done dan , even though i dont fish for pike , i really enjoy your vids , well done keep up the great content []

Nice one guys thank you ;-)

Glad you enjoy the vids fishing mad, has been a lot of piking on there this winter with the rivers being such a mess most of it, must be first winter not been on the bigger rivers like dee and mersey. Been an enjoyable one but a wet one lol
C

Well done. Match fishing does get easier on the nerves the more you do it. But it still gives me a buzz which is why I do it.

Be careful you don't get addicted to them - in the 80s and 90s I used to fish anywhere up to a dozen qualifiers every year - even when I'd already qualified myself.
If you organise one yourself you get automatic qualification so me and the three guys I used to travel with would organise one each - on our club water or a Scottish loch that had free fishing.

Travelled all over the north to fish them - there was a family of anglers who used to organise them in Humberside - Market Weighton Canal, Pocklington Canal, Leven Canal, West Haddersley Pond. Plus some real cess-pits up in Northumberland - one spot was a foot deep as far as you could cast. There used to be a pairs match every year somewhere down Peterborough way too plus we'd travel up to south-west Scotland to fish Loch Rutton, Loch Heron, Loch Ronald and one or two others.

Then we'd make a weekend of the actual final - other than one year when it was a disaster on a flooded Welland (only 6 caught out of a field of over 600) - it was always on the Sixteen Foot and Forty Foot drains around Chatteris. We'd travel down the day before, go the fish market in Boston (now gone[]) and then usually fish Swineshead Bridge on the South Forty Foot, we'd meet a couple of pals from Pontefract there who knew a guy at a fish farm and would get us fresh coarse deadbaits. 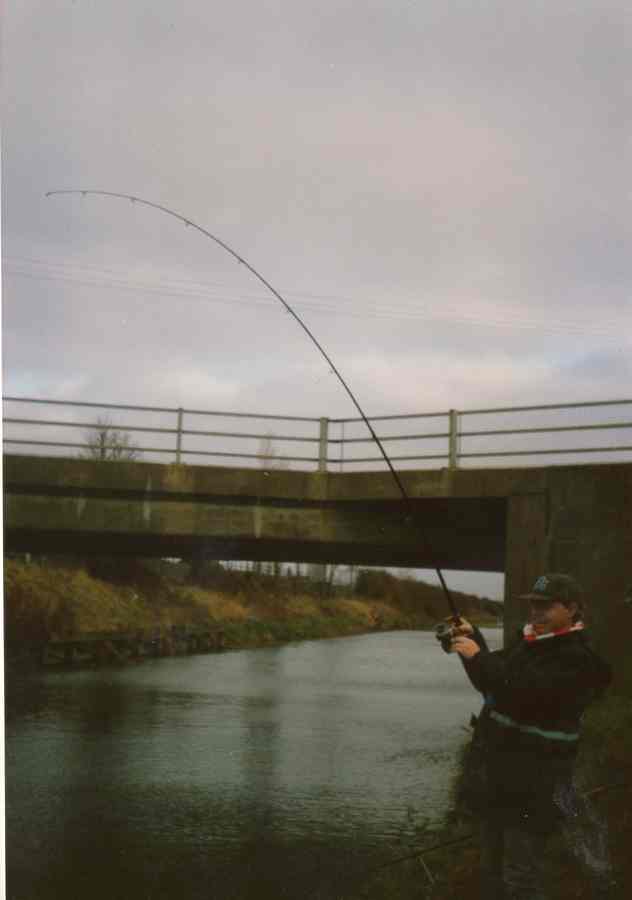 One year we had over twenty pike between us - I had six up to 12lb and there was two twenties[:T] It got polluted due to an influx of salt water the following year and we had to fish elsewhere.

The final itself used to be a huge affair - 600 pegs at it's height and was sponsored by Mustad hooks, Wilkinson Sword and the Angling Times all in aid of the ACA. I think I blanked for the first three or four years but then caught in a few finals - my best placing was 11th overall and a section win (120[]) with 3 fish for 11lb odd - all caught in the first hour on tiny rudd deadbaits - the main prizes went down to tenth[:C]

I don't think the final is anywhere near the size it used to be and the venue has moved now but it's still worth fishing if you get the chance.

All good things come to those who wait and put the effort in.
A very well done Danny, I am really pleased for you [:T]

A
I came third in a match!

Fishing down the edge - feeding ?

What would you have done?
2