I was pottering around on Tuesday morning preparing for two days on my local pit when my phone pinged. It was my uncle. Messaging to "see how I was doing". The conversation inevitably turned to fishing and how he might as well pack it in as he doesn't get to go!

I decided to split up my two days. Take my uncle to Manley old Hall on Wednesday to stop him whining leaving me to fish the pit in peace on Thursday.

We arrived at manley for 6:30am and my uncle chose to fish the first pond as it is surrounded by mature trees. He absolutely hates a bit of vitamin D!
I however chose the newest pond at the other end of the fishery. This was for two reasons.
1) this was the first pond I fished after restarting coarse fishing. I wanted to see if I had progressed.

I wanted to catch a bit of sun! The pond has established nicely with flowers and grasses but obviously has no trees blocking out the sunshine.

It was a glorious morning... Same old tactics as usual. Float fish the open water in front of me. This time however I chose a peg directly facing the gap between to islands just to give myself that option.

I had just about every bait imaginable. Maggot, worm, bread, meat, prawn, corn, and even a tub of wax worms that my animals hadent taken a liking too. 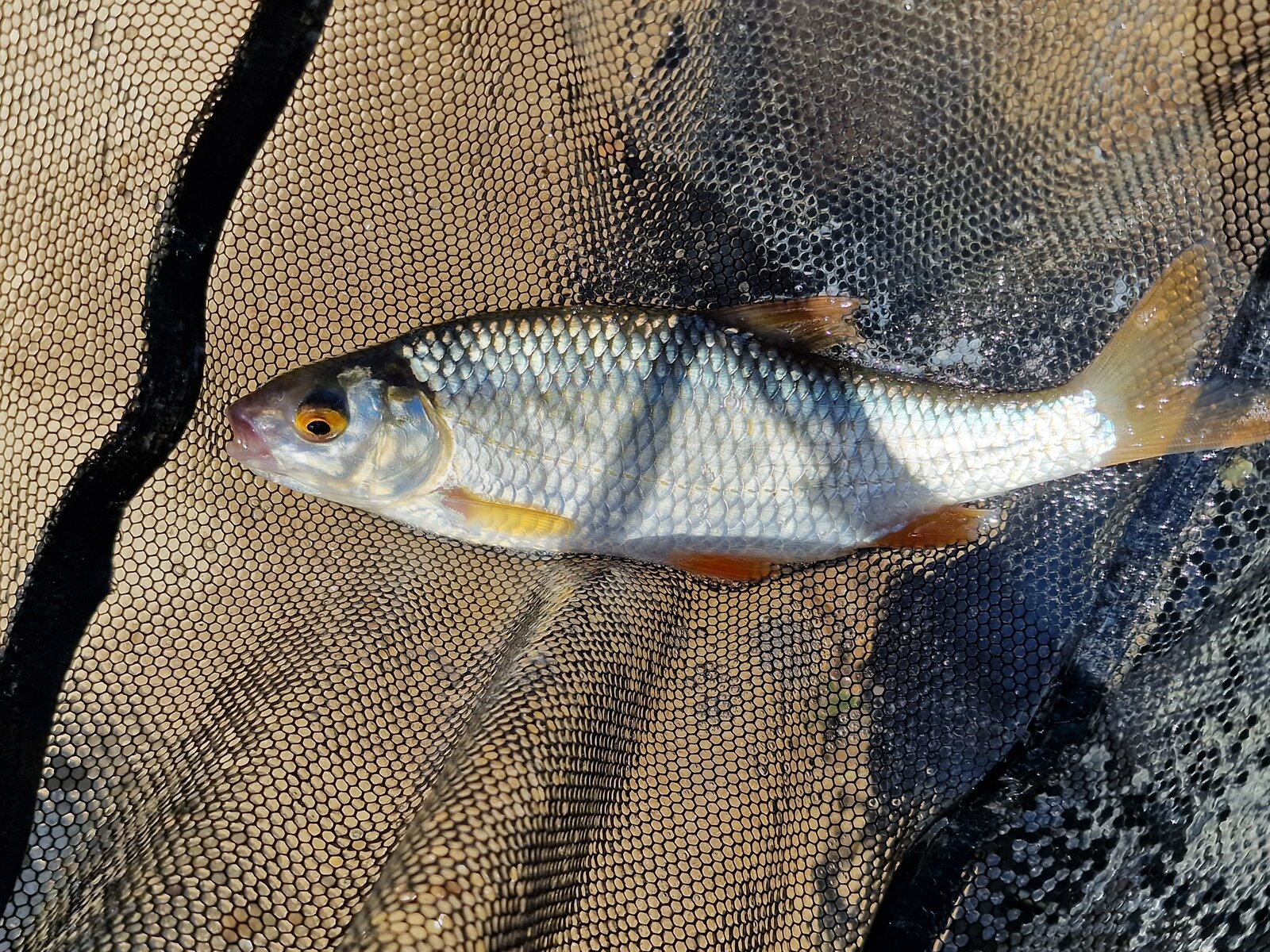 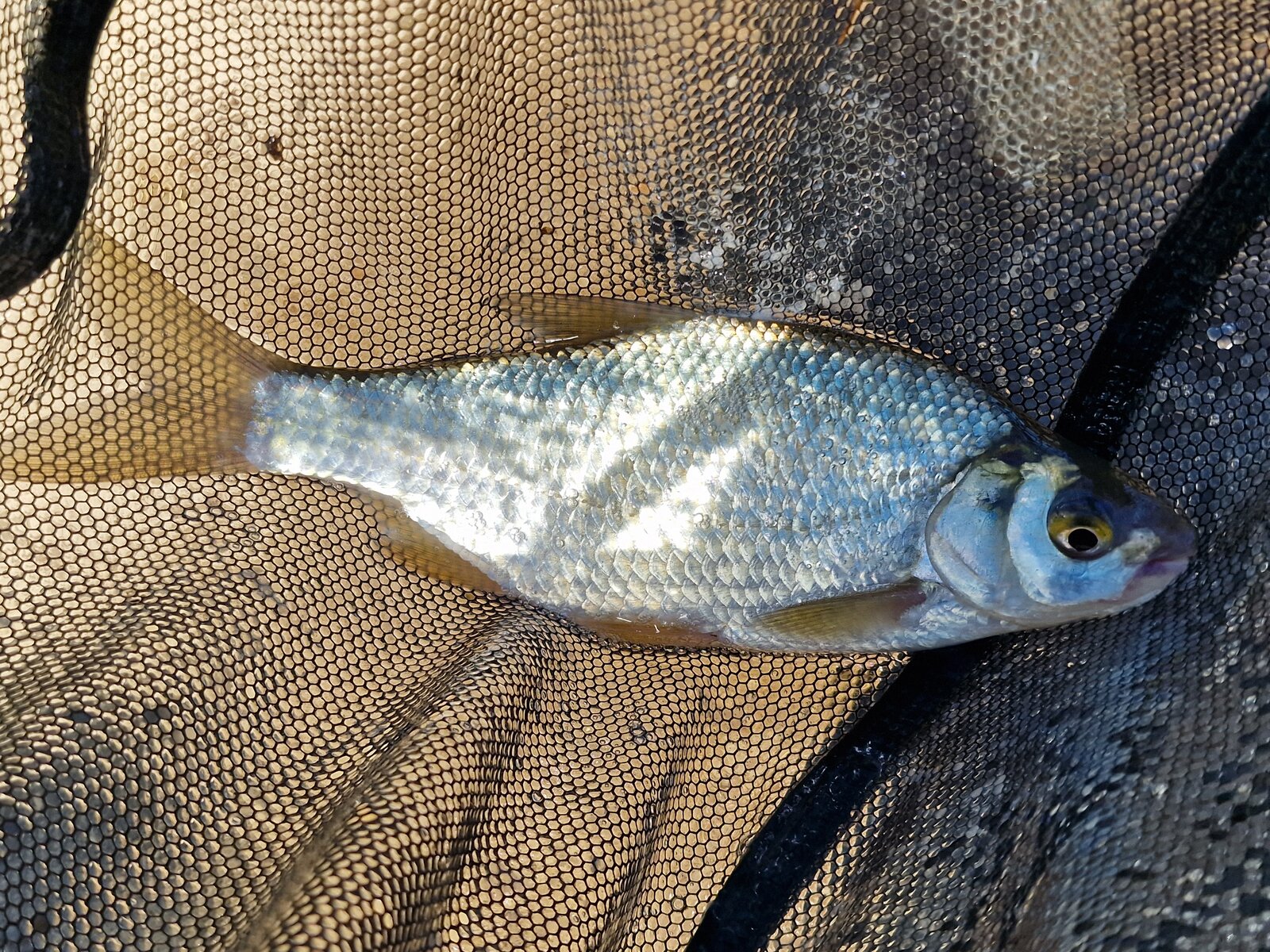 Eventually I got myself into a little tangle and had to re-tackle. Little did I know this would be the turning point. I set up shallow going from around 6ft on the deck up to 2ft. I did this as I noticed my maggots getting intercepted on the way down.

I chose to experiment with the wax worms to see if I could find any better fish. I also wanted to try a bait I have never caught on.... sweetcorn. Everyone catches on corn but I had no confidence as I have always blanked. Until now...

I soon had better roach and the odd skimmer competing for corn and waxworks like pellet waggling for carp. Overcasting then reeling back into position sinking the line. It was non stop action. 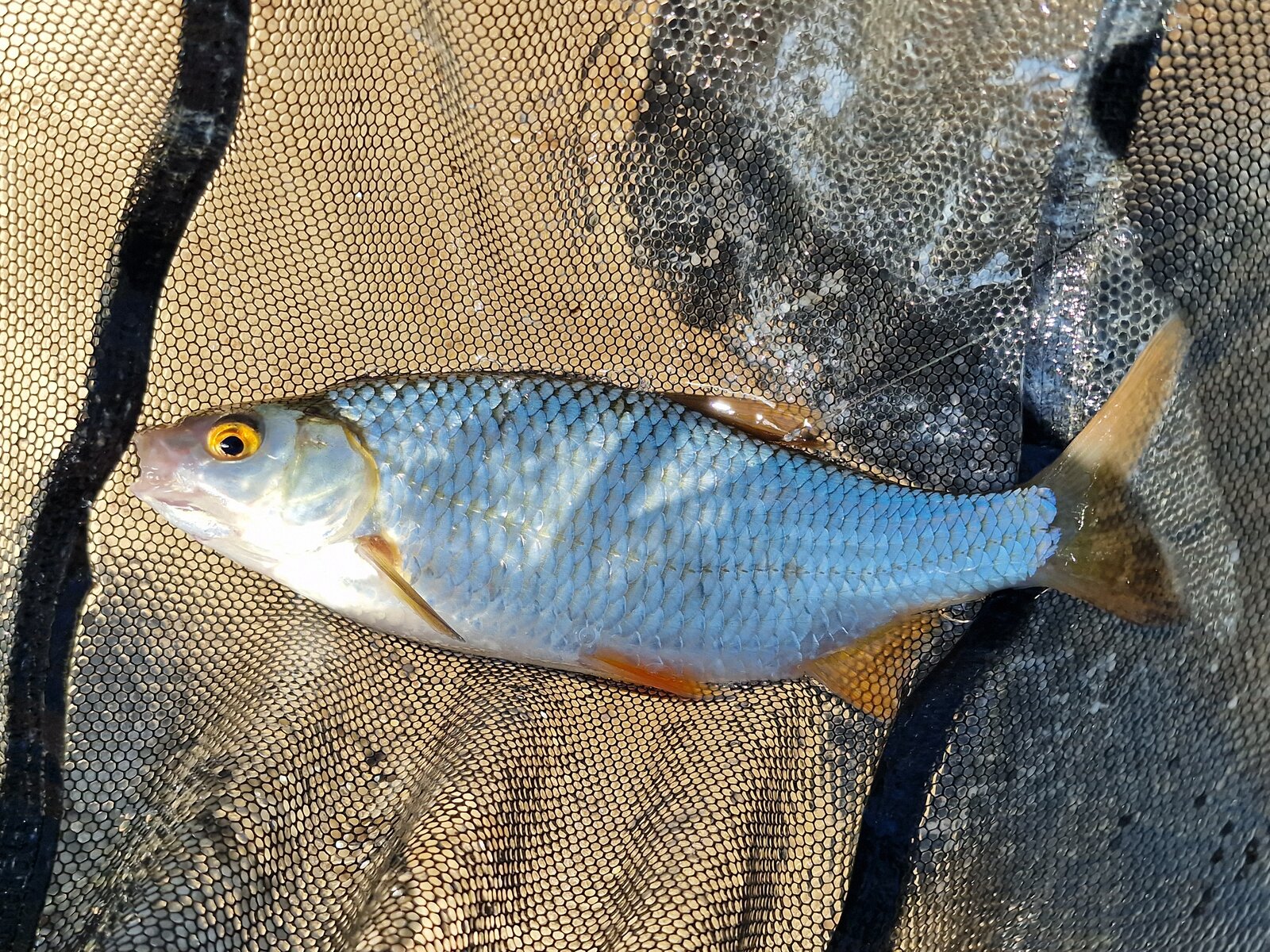 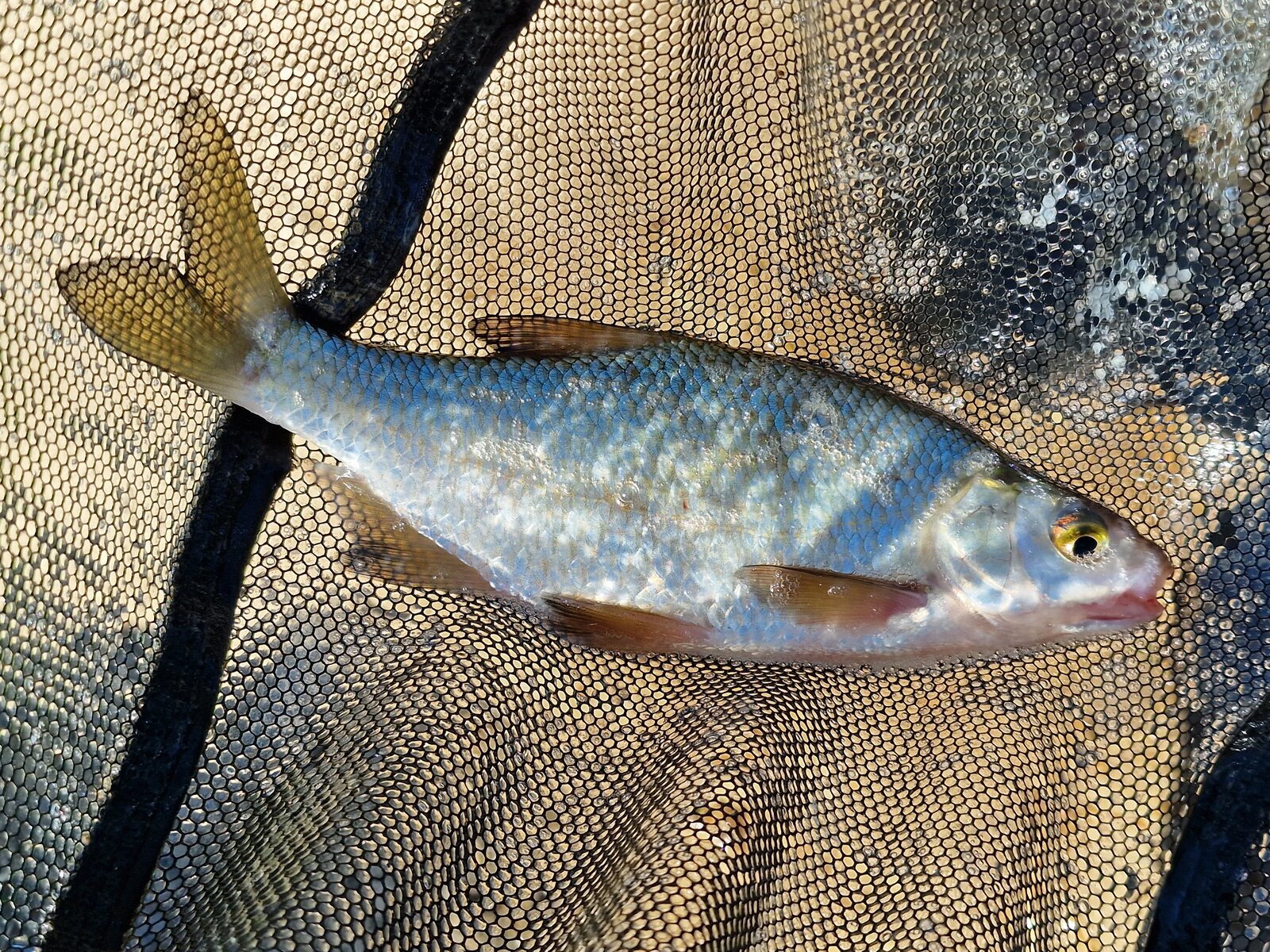 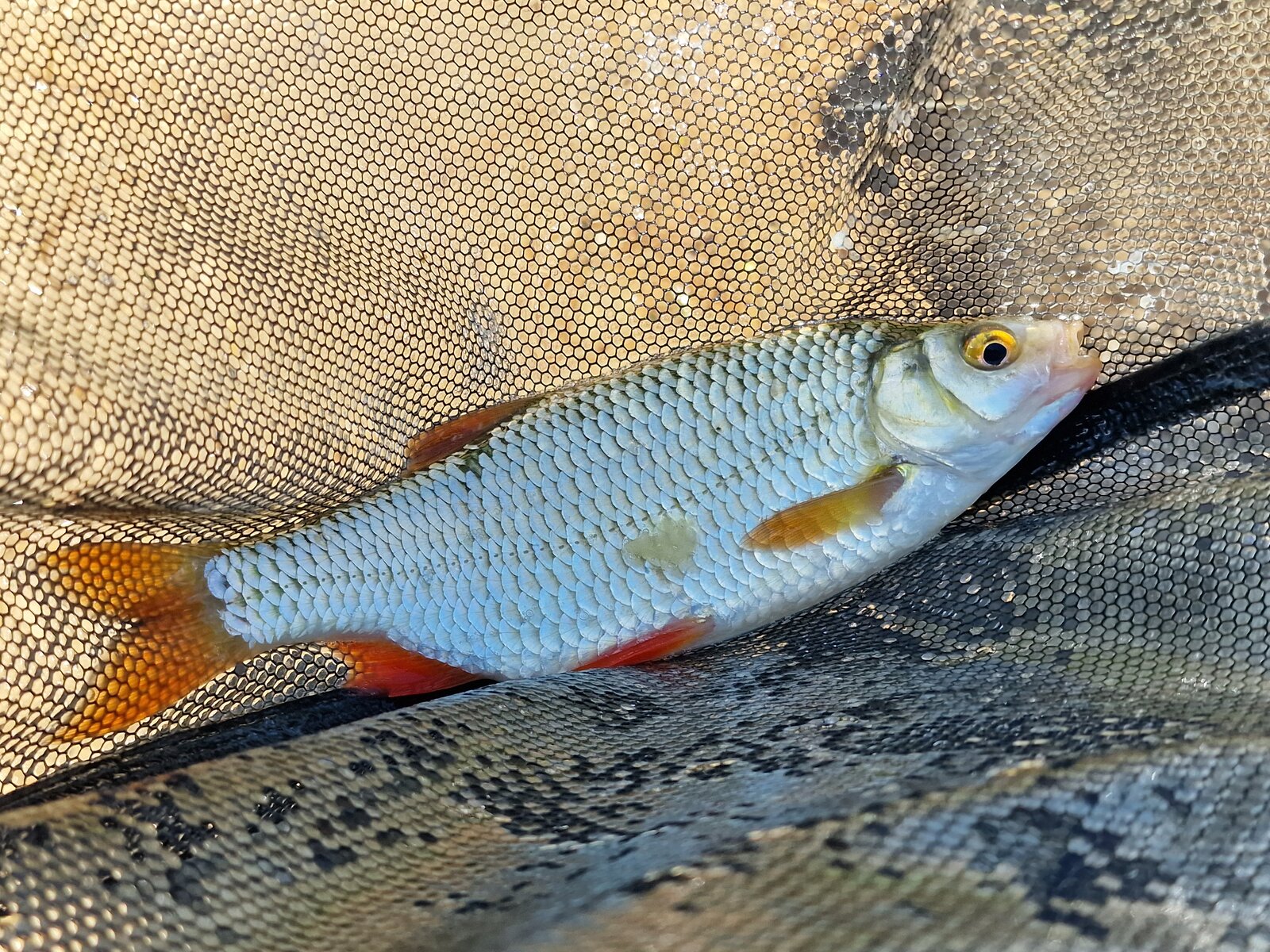 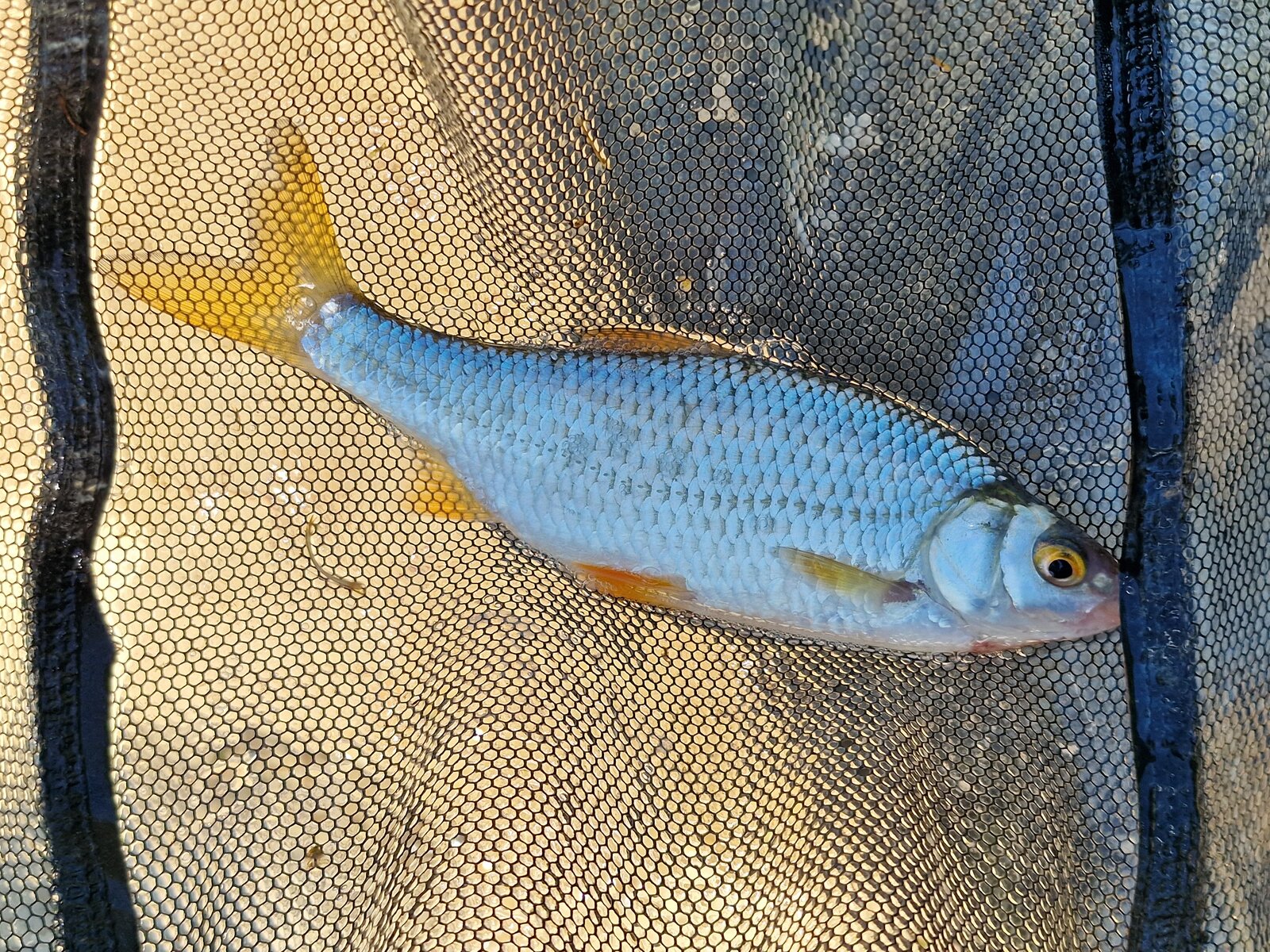 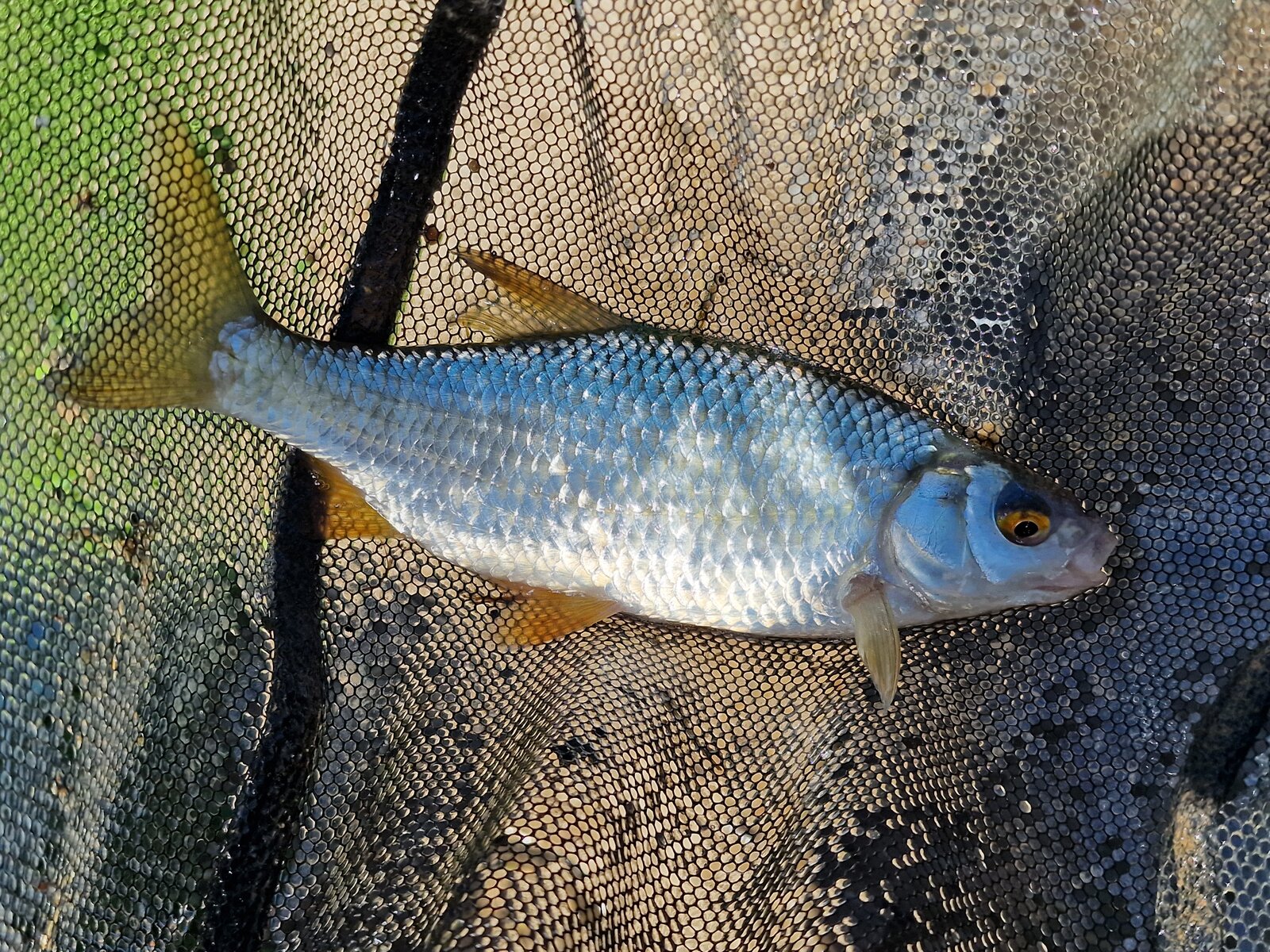 It got to around 4:30pm and my phone started to ring. It was my uncle up at the first pond. He had got bored and wanted to leave. This was fine with me. I was like a

I packed up and drove up to the other pond to pick up my uncle. Loaded up and driving home he was ribbing me about him "catching one carp that weighed more than all my roach" and how he "doesn't fish for fish that don't put up a fight"

What he wasn't aware of is that, like himself, I also had a 'shotgun' rod out... 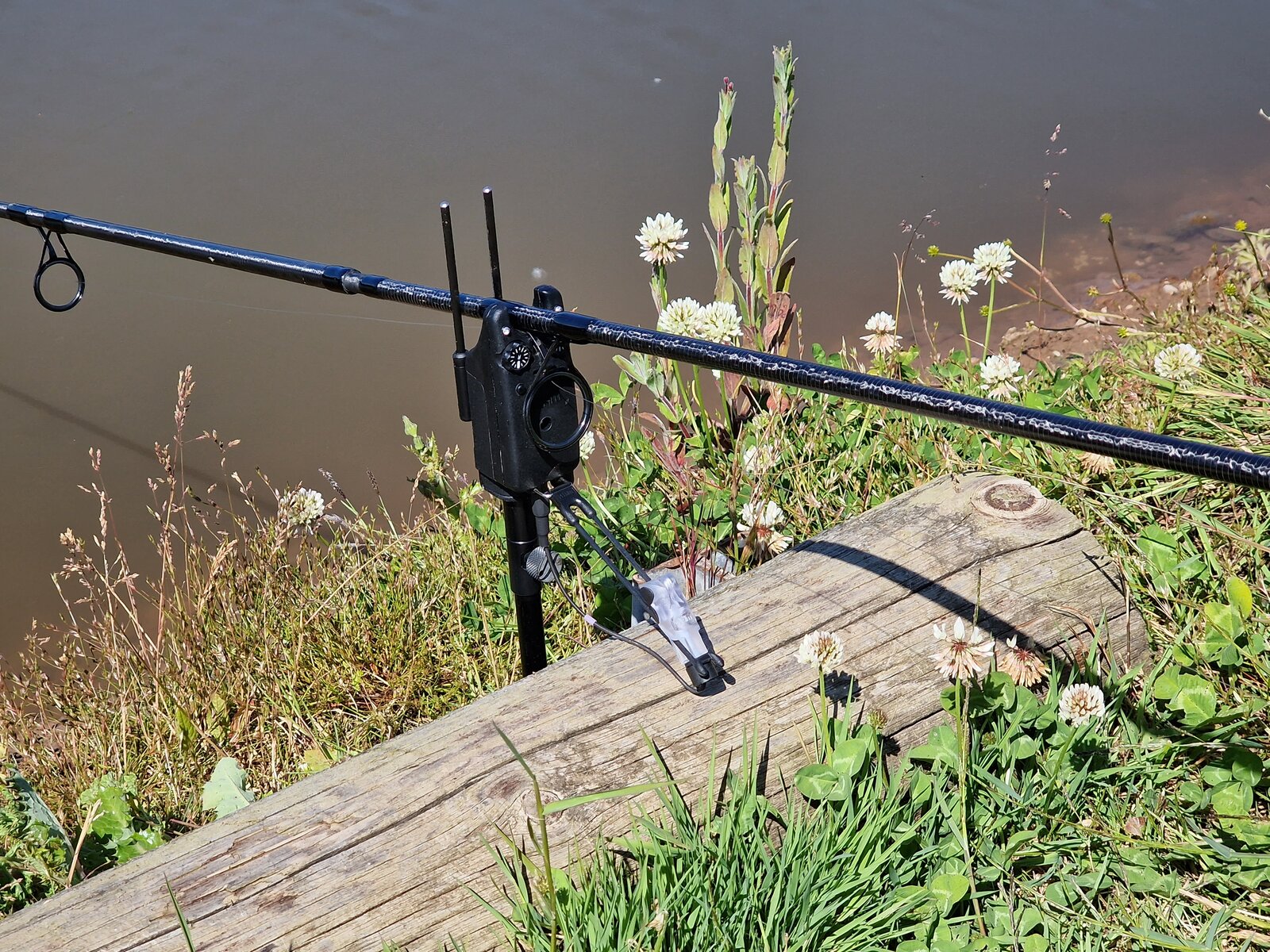 The most simple of setups. 8lb line right through to a size 6 with a whole prawn. Fished slack line to the little patch of rushes on my right hand margin. It went off a few times too... 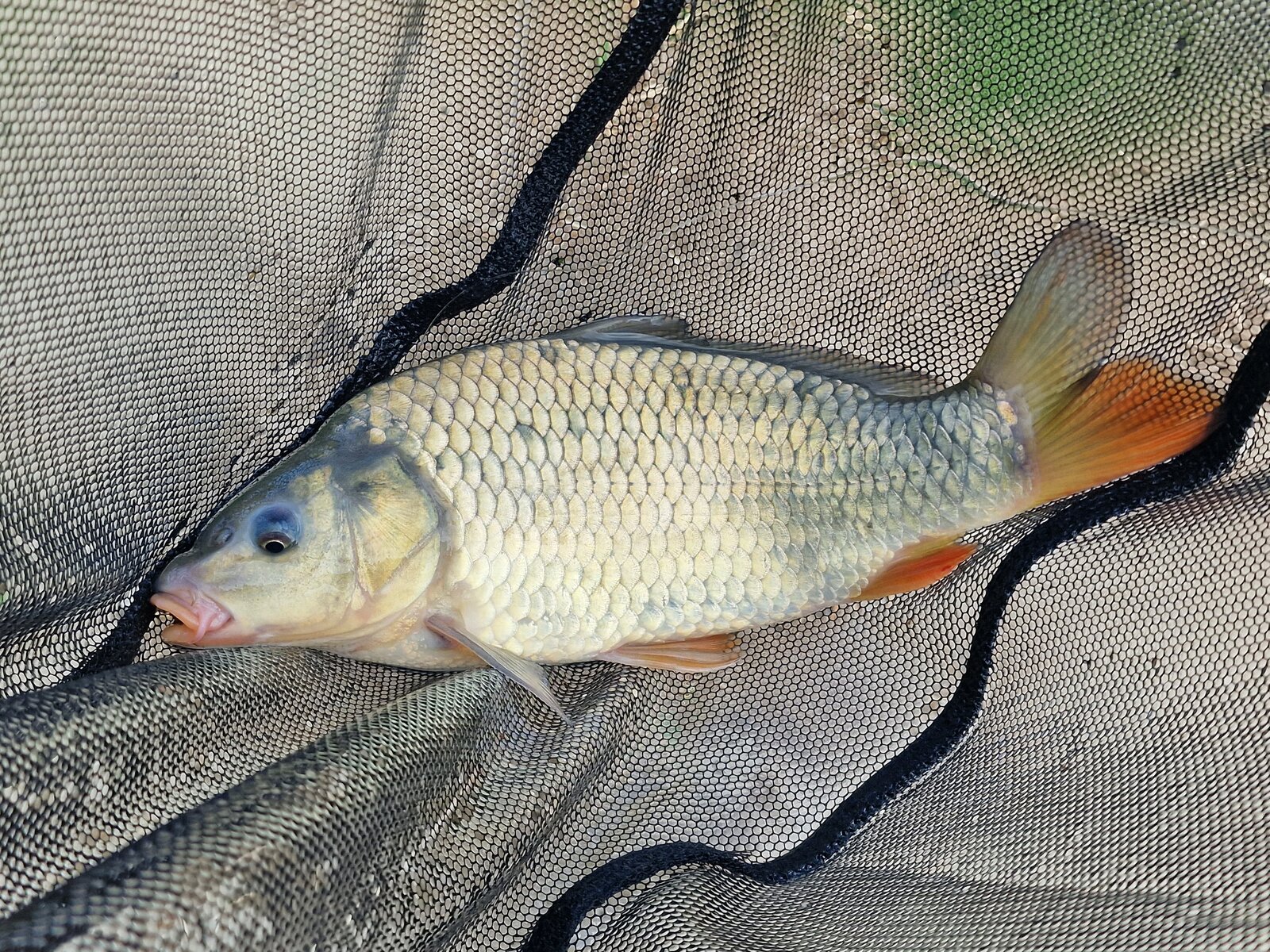 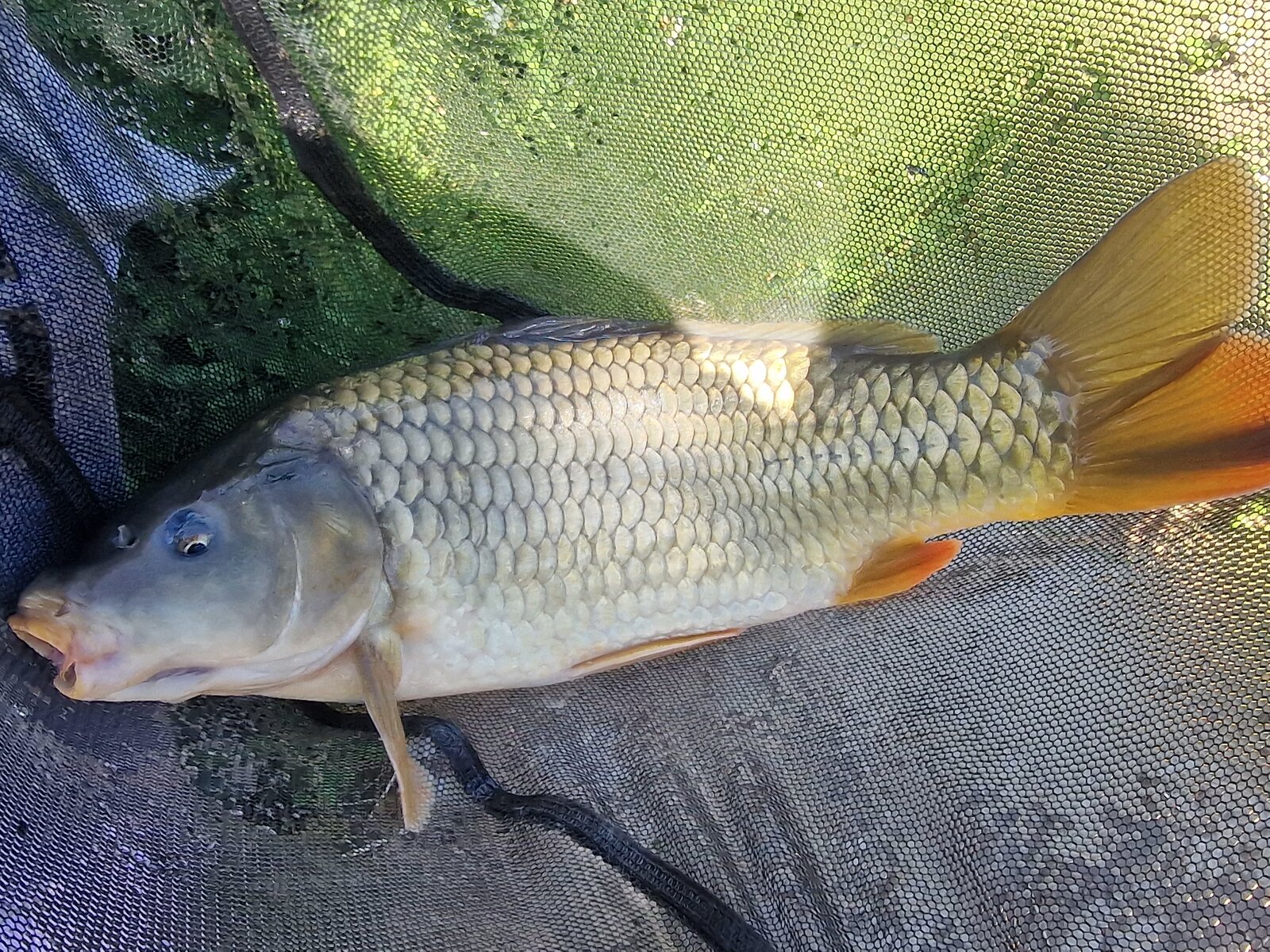 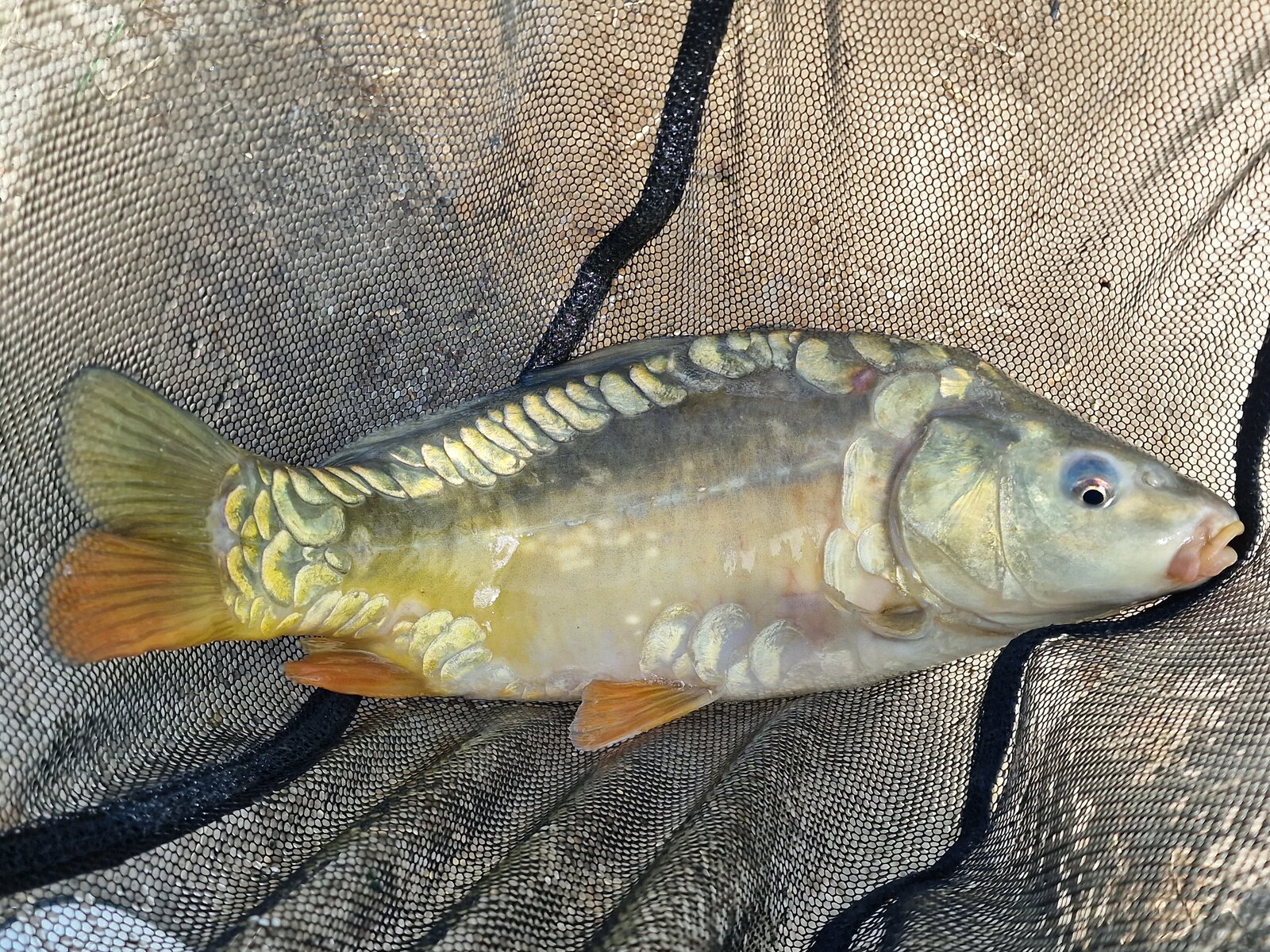 I even manged to nick one off the top on bread... 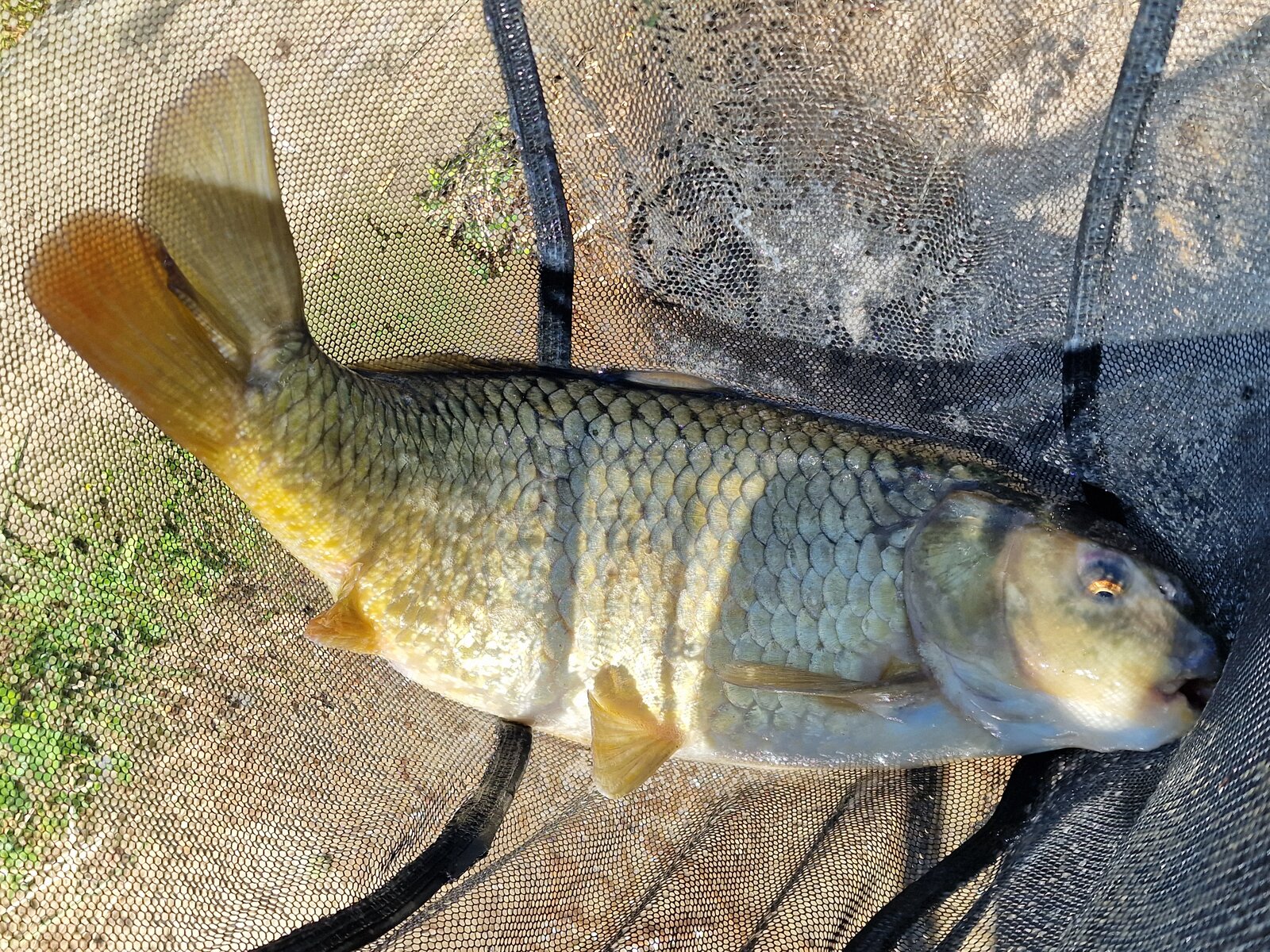 I never told my uncle about any of the bonus fish. I just let him have his victory

First time I've seen pics of that place, looks decent. Must get out that way soon & visit there or Lloyds Meadow.

Good for you, taking the time to give your Uncle the opportunity to fish and allowing him the "victory". Looks lovely there! Well done!

One of those days

A morning off at last.

A day of fishing frustrations