Not much to report this week

Latest match (last Sunday) was the Pike Cup and we'd returned to Grange Farm Pond near Thirsk where we'd held this match two years ago.

The current form was promising - the lake owner had, had a brace of fish out the day before we arrived, a group of anglers had three or four on lures mid-week and I bumped into one of the guys who has a caravan on the site in Morrisons whilst hunting for fresh sardines and he confirmed the above and added he'd had a few fish himself recently.

There were only four of us fishing and we just used the pegs along the peninsula between the two halves of the lake - Tink at the top-end, followed by Matty, George and myself. 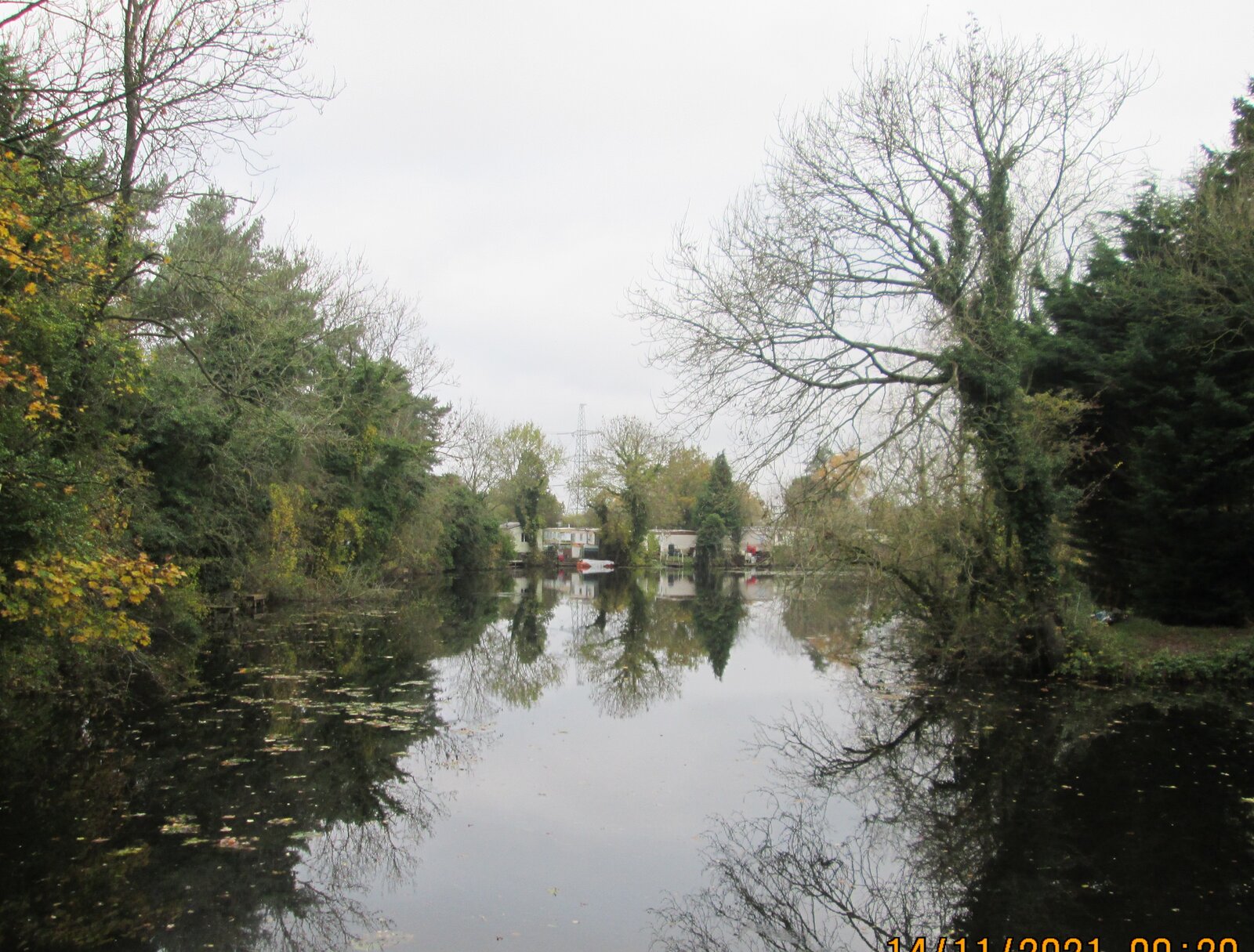 It doesn't take long to get tackled up for pike fishing - I set-up the six rods I had with me in about ten minutes flat - three live/deadbait rods, two lure rods and a 13' Shalespeare Zen float rod for livebait catching purposes.
Bait wise I had sardines, smelt, a few sprats and a couple of pollan and at the start dropped a sardine down to my left under an overhanging tree before having a unsuccessful 20 minutes or so flinging lures to all points of the compass - the finest creations of Messrs Rapala, Heddon and Shakespeare not eliciting any response from the lakes pike population.

A switch to a second, floatfished deadbait was no more successful 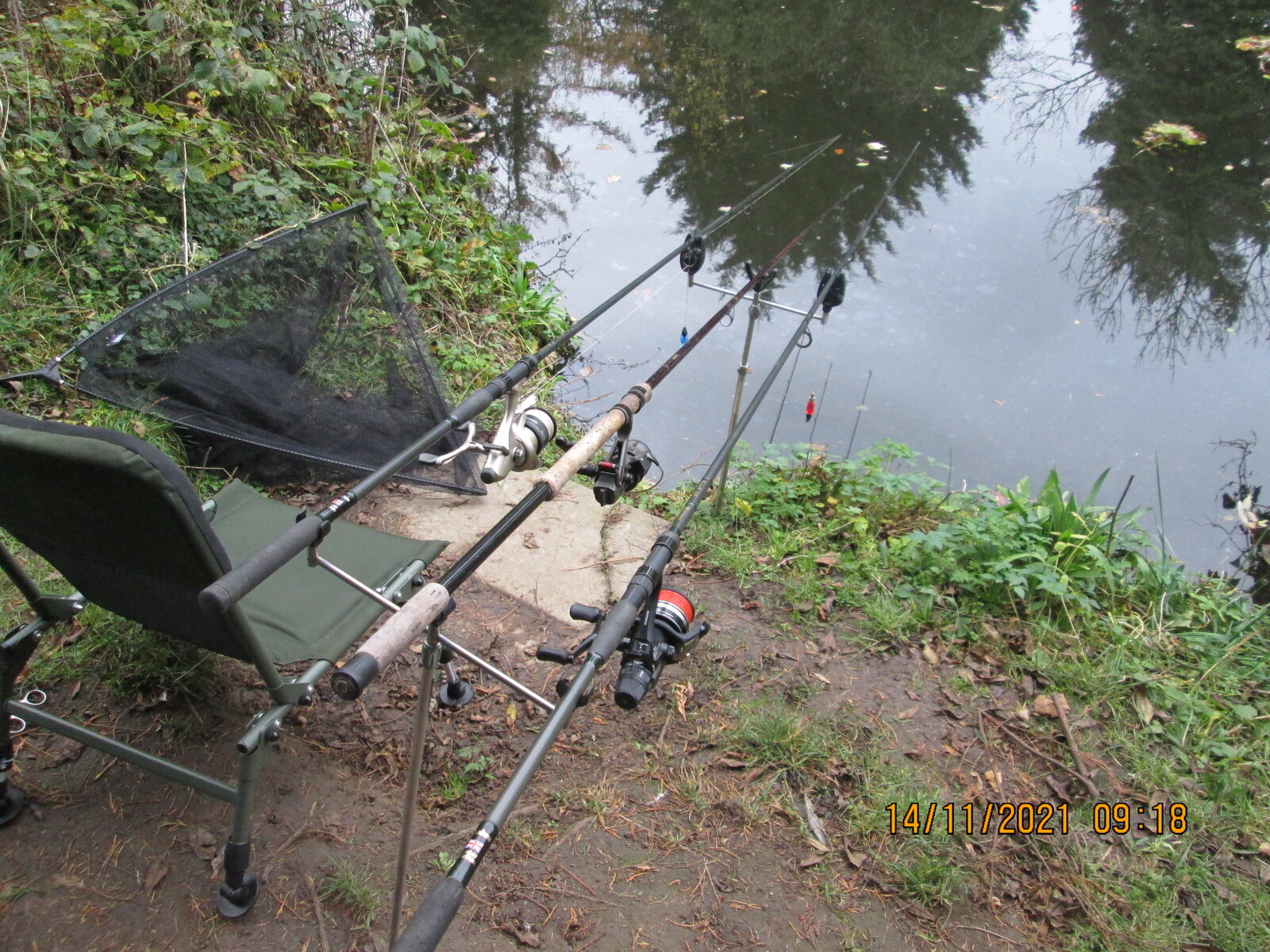 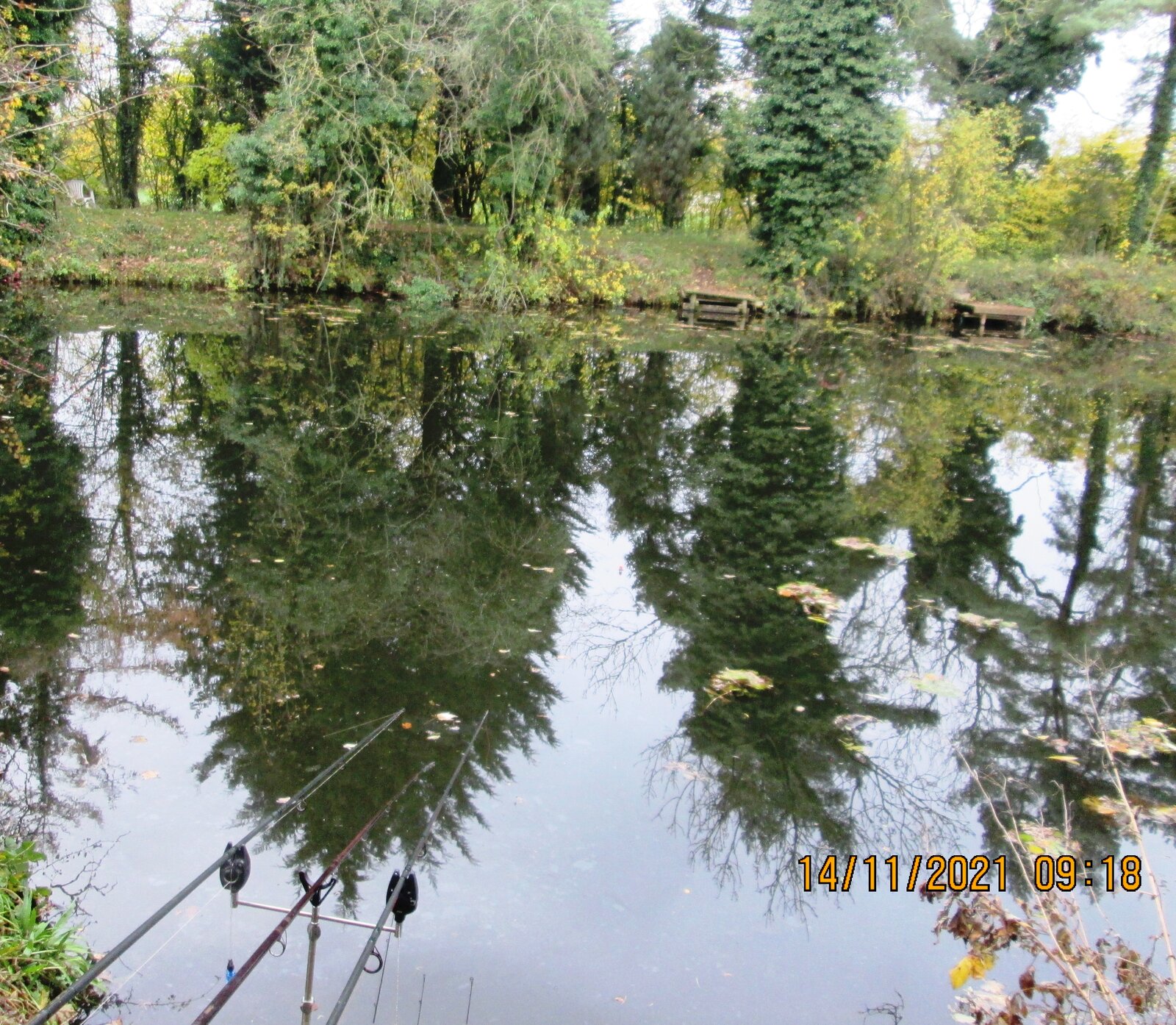 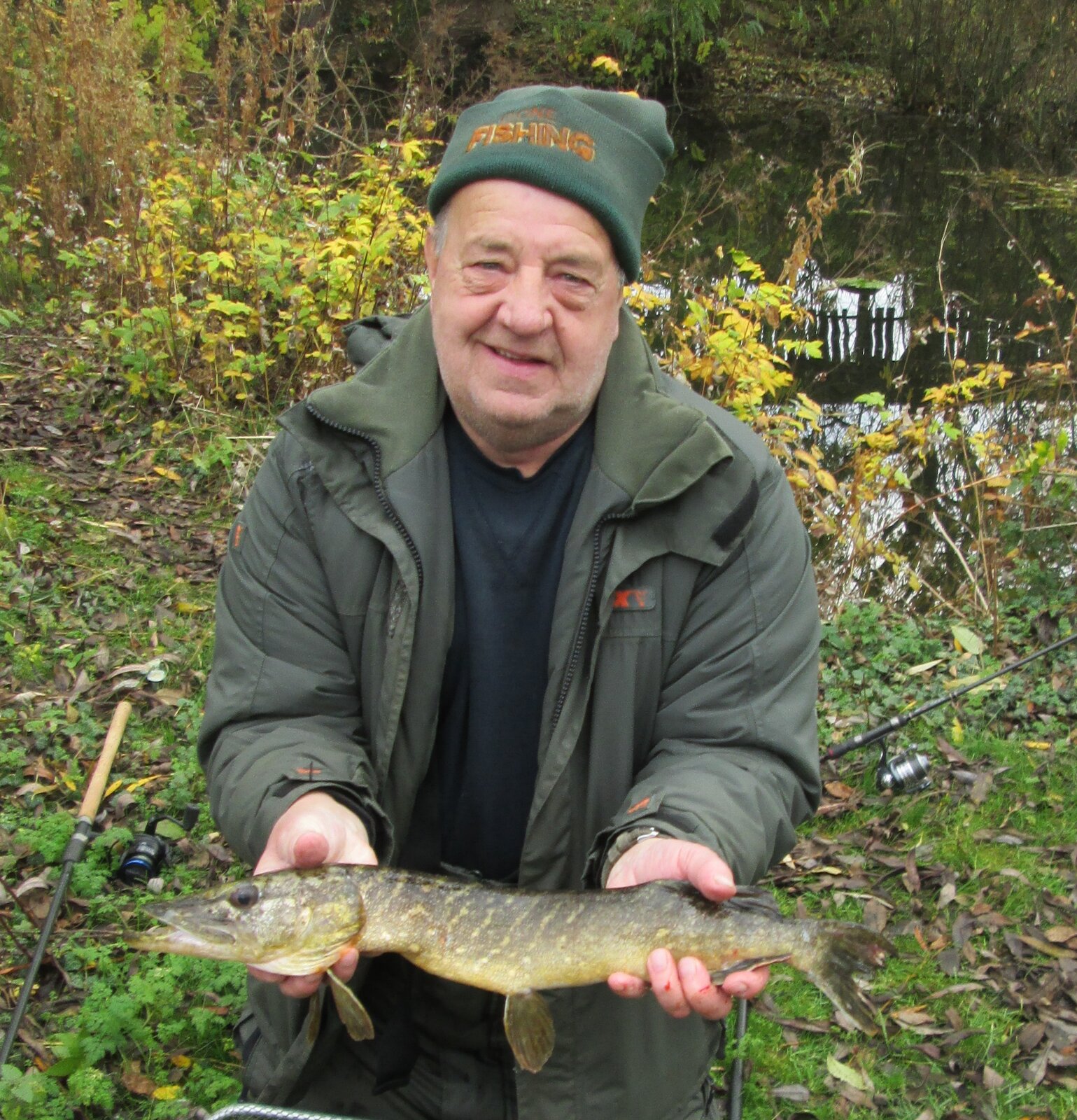 I redoubled my efforts to catch a livebait or two - scrounging a few maggots off George after the fish ignored the half dendrobena I had been offering them.

George had caught a small perch earlier which he lip hooked and I finally caught a tiny skimmer which was soon back in he water towing my pike float around.
I don't know if anybody still does a bit of livebaiting but those who do probably know that little skimmers are rubbish
They don't swim about much and expire very quickly - roach are far superior and even better are gudgeon.

I caught another skimmer - which I donated to George since his perch had snuffed it and he did supply the maggots I was catching with. 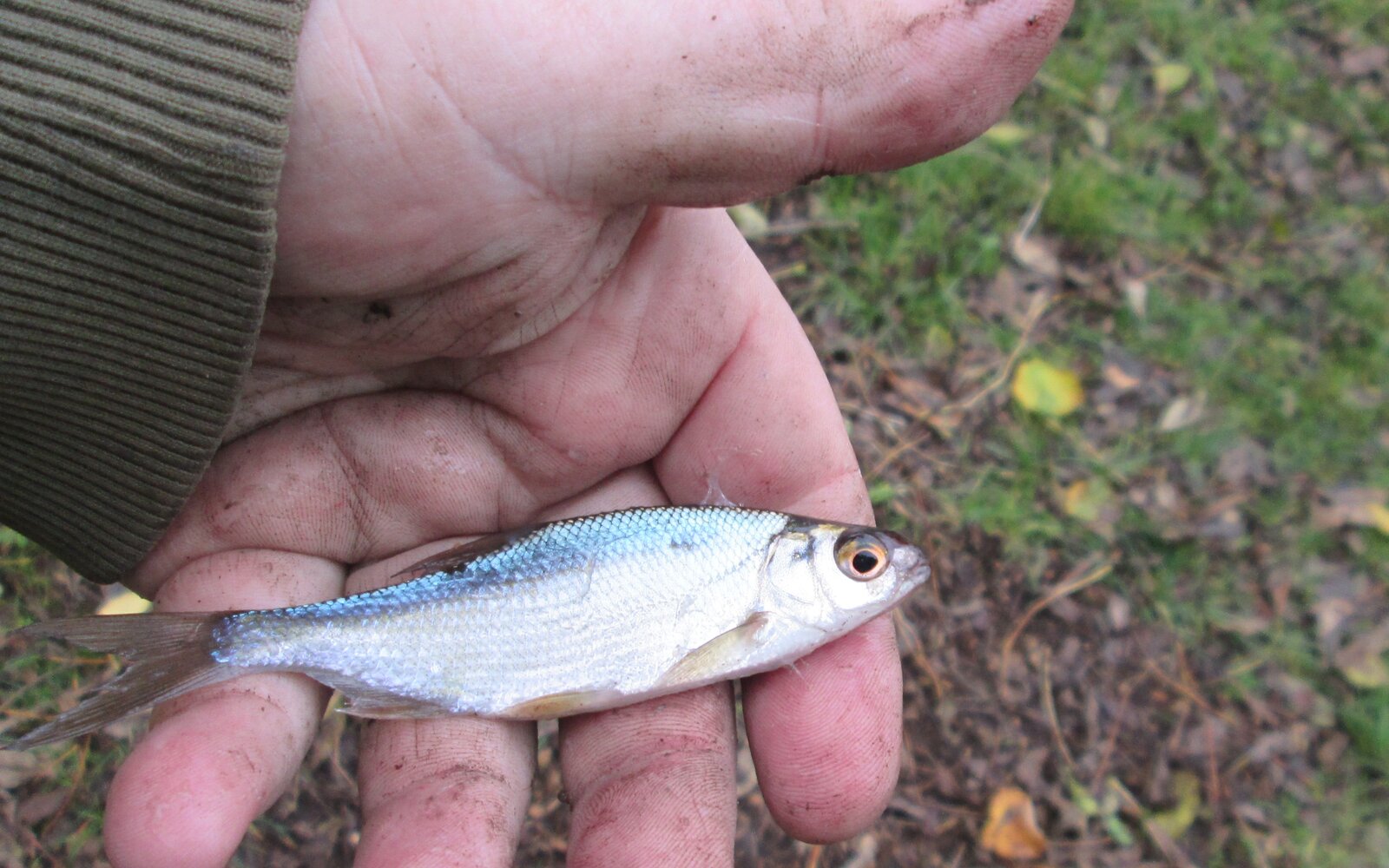 Actually looking at the photo that could be a hybrid - either way George lost it second chuck
I got a perch late on which I returned and that was it fish wise - I never had a sniff on my pike gear - another 90 minutes working through the contents of my lure box (which is fairly extensive) never produced as much as a follow. 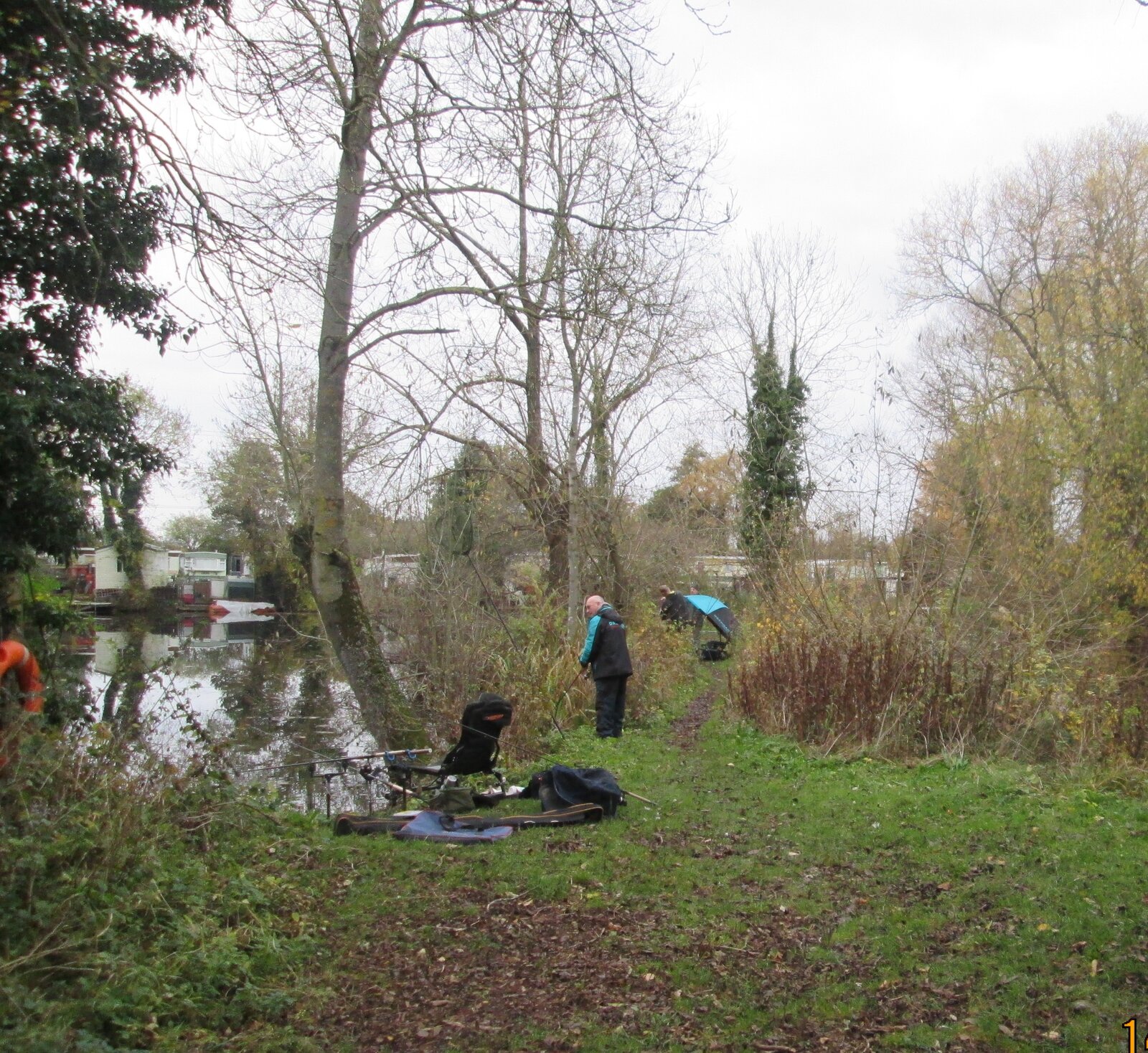 So that's a first trophy of the season for Tink and, for the third year in succession, a single fish has been the only one caught.

Dromonby Farm next - the winning weight should be greater 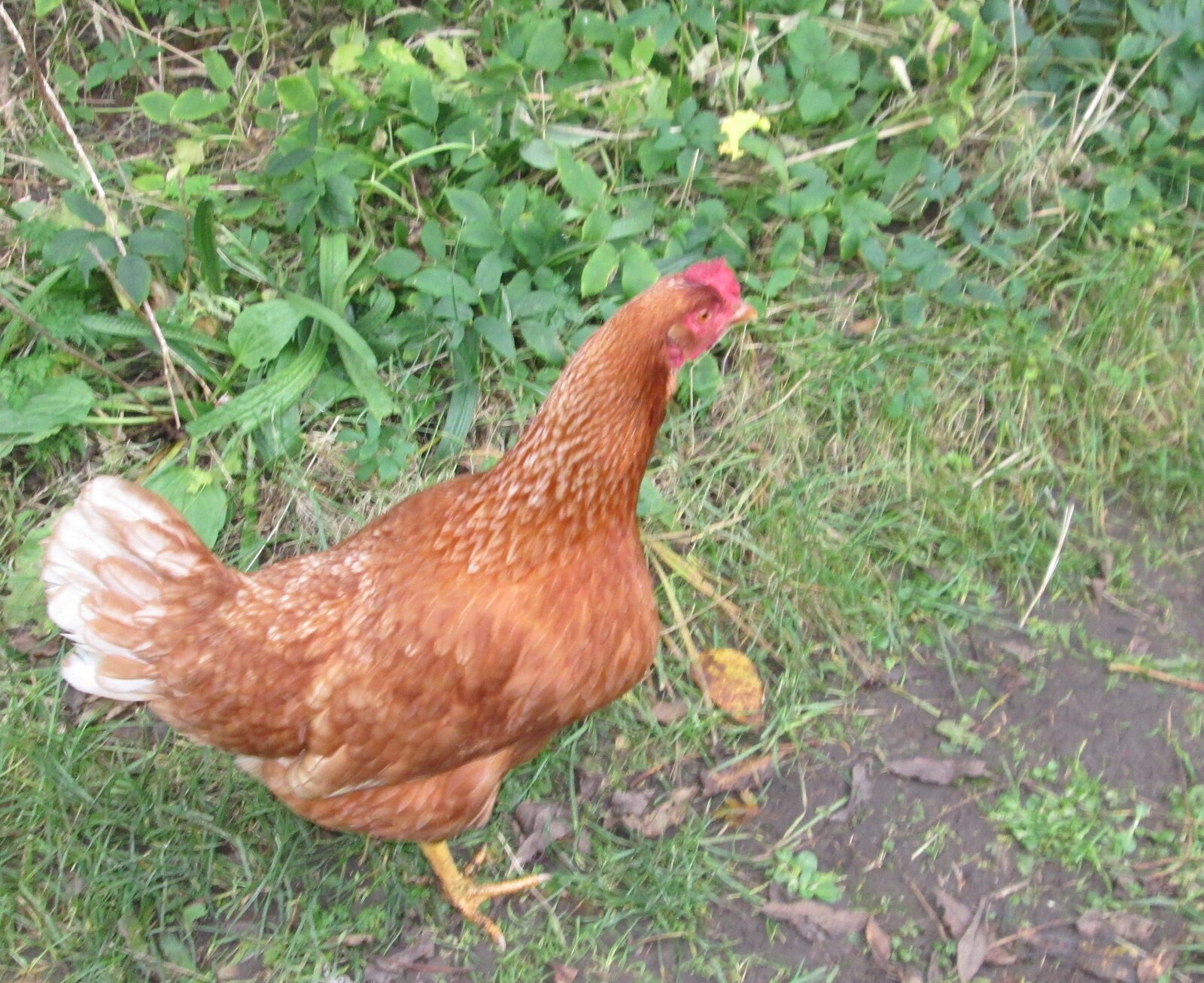 Normal Service Has Been Resumed

Perched out? Not quite...

Bit of a grueller at Grange Farm