A couple of months ago my missus had a go at me about my hearing, I damaged my ears in a mining accident in the 70's and have worn a hearing aid for about 30 years. Her argument was, that it was becoming increasingly difficult to have a sensible conversation and that I had not been using my hearing aid for the last 5 years or so. I complained that the aid was uncomfortable and didn't really make much difference; however, I agreed to go and get it checked.

I looked on the NHS website and saw that Grimsby hospital had a, twice weekly, 'drop in clinic' at their audiology dept. Off I went and the young nurse said that I was a little overdue for a hearing test, "yes it has been a couple of years" I stated, "try 2011" was her reply; oops! She made me an appointment for the following week at 5m. I arrived at 4:55pm, expecting a couple of hours wait; at 5:00pm on the dot I was called in!!!

A young lad named Yousef conducted the test and gave me the bad news that there was very little hearing remaining on my right side and also my left side had deteriorated dramatically. He recommended two aids, I asked how long it would take to get them, "I will sort them now" was the unexpected reply. He cracked up at the at my existing aid and dropped it into the bin saying that it should be in a museum. Half an hour later I was fitted and ready to go.

I cannot believe the difference, everything is crystal clear and I can watch TV with the volume on number 4 instead of 80, I can hear the kids in class, have a conversation in a noisy room but; the biggest plus is that they are so comfortable I forget I am wearing them.

A huge thumbs up to the NHS and the technology that made them.

Great result, you'll be able to hear the wife better too.

Im sure this is true. 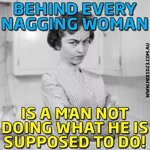 She was right wasn't she.

Have a sensible conversation ???that’s me out then ?pardon
D

Her indoors thinks I'm a bit mutt & jeff... s'pose I ought to get tested really... just to make sure

I got two new ones free from Specsavers on the NHS,similar experience to Dave,went in had the test and walked out with the aids and was told if there is a problem ring Specsavers and an audiologist will make an appointment for you,miles better than my old ones.

Great news Dave apart from now being able to hear SWMBO say "I told you so!"
W

When i got my Reading Gigs Gert said they do Hearing tests, i looked at her and said,if i get them sorted i will have no excuse for ignoring ya

I have an hereditary condition called Otosclerosis, where the Stapes, which is the smallest bone in the body , continues to grow and therefore doesn't move.
I was totally deaf on my left side and about 10 years ago had a Stapedectomy operation, where the bone is replaced.
Now, considering the size of the bone they are playing with and the fact they go in through the eardrum. I think it's pretty amazing.
The one with the arrow.

My only problem is, that although I have most of my hearing back, is that I tend to talk very loudly, especially when I first open my mouth and before every one tells me to talk quieter

Video of operation. Not mine.

I need to go get mine checked as I've got tinnitus, it's like standing near power lines when it's raining, a permanent humming noise

There’s nowt as queer as folk.
2

Who understands Battery Volts and Amps?