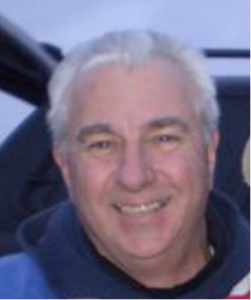 After 16 years working with the Angling Trust National Sea Boat Angling Selection Committee, Neil is now standing down. He has made a significant contribution to the National Boat Team, not only in the Selection Committee but as Team Manager and as a winning member of the FIPS M World Championship team. He is well recognised across Europe as an accomplished, highly regarded angler and ambassador for the sport. Neil’s involvement over time has seen the change from National Federation of Sea Anglers and now Angling Trust and with his passion and determination he helped maintain continuity for the National Squad throughout this period of change.

‘Having worked alongside Neil for longer than I care to remember, I have nothing but admiration for him. As chairman of the National Team’s and Competition group it has made my passage a lot easier to have Neil working alongside me. He was always willing to help wherever he could and we as a group relied very heavily on him to organise boat squad weekends. This proved invaluable to selecting both world and home nation teams and Neil was always on the end of the phone to give me advice when needed’.

‘Certainly, the FIPS MER congratulate Neil Bryant, who has always been an example of correctness and fair play during the world championships. We wish him success in his future work’.

Neil’s commitment and passion will be missed by the Angling Trust, but he will continue his presence in the sport as Chairman of the European Federation of Sea Anglers England.

Friday at 9:32 AM
Angling Trust

Angling takes a stand for Ukraine