Well after what was in hindsight a pretty good session at jubilee pools yesterday I was back out on the bank today for another session. Decided to return to Marlborough pool as it’s the only one of a few new to me Stillwaters I’ve been trying in the last couple that I’ve yet to get the hang of. Could have returned to boddington for a banker good session but fancied another crack at Marlborough. Problem with it is that I can’t seem to find any decent silvers at all with the stamp on all but one of the now 4 sessions on it absolutely tiny with that on that one other session still smaller than everywhere else. And unfortunately that one session wasn’t today’s one so today was another struggle on the place. Did think at least the weather would be nice and did start that way before getting rained on!

Started fishing just after 8.30 and initially thought I’d cracked it as first few fish were fairly decent roach but then the tiny rudd that are the bane of this place moved in. I’d forgot to bring hemp which whilst probably a good 4 weeks early to work properly would have at least given me one way around the rudd. Instead by 10 I’d had enough of the rudd so tried the feeder which shows how desperate I was as I never feeder fish Stillwaters and only do when I really have to on rivers. Maggot feeder just resulted in more rudd as did bomb and maggot so by this point I was losing the will so was relieved when my grandad appeared about 11 with some hemp, tares and corn. Problem was the hemp was tiny so useless for the hook and corn wasn’t rudd proof either with the tares proving unless. Then decided to try the method feeder at about 12 which at least slowed the rudd but aside from one skimmer about the size of the early roach and a pike of about 6lb that proves fruitless. Tried tares again about 2.30 and the did winkle out a few roach before packing up a bit after 3.30 but they were the smallest seed roach I’ve ever caught being way less than half the size they would be most places. Maybe would have got a bit bigger if I’d persisted for them earlier but doubt it. Obviously didn’t keep count of the rudd but ended up with the skimmer and 13 roach and would sat I must have had 4-5 rudd for every other fish. So probably ended up with about as many fish as I did at jubilee yesterday at around the 70 mark just unfortunately for probably about a third of the weight at about 5lb rather than maybe 15lb. Well unless you add the the pike!

The place really is a mystery to me as I’ve fished for silvers on comfortably over 40 venues and can only think of one commercial and one stretch of river that are equally as devoid of numbers of proper silvers as this place. The stamp does improve as hemp starts to work properly and may well reach normal standards when full into hemp season although I’ll always be on rivers by then so guess I’ll never know. Have my doubts though as surely you’d get the odd better one on it now as when you get a few river seed roach before proper seed season starts in July they aren’t small just less numerous than they’re once July hits. Plus surely you’d get a few decent ones on other baits anyway. Anyway I wasn’t too bothered today given I had a decent day yesterday I just find the place very baffling I can only think the sheer number of rudd stops enough food going around to allow things to grow. Be interested to hear others thoughts?

Hardly seem worth mentioning tackle today but the float set up was the 13ft drennan acolyte ultra float rod paired with a 2500 shimano sahara RD reel loaded with 3lb maxima to a 1.5g drennan loaded crystal insert waggler to size 18 to 2lb drennam silverfish hook to nylon set up with strung out shot down to dead depth in about 4ft of water. Hookbait wise I suppose tares were most successful as caught the most roach and the least rudd but maggot caught by biggest and most fish with a few falling to corn and pellet. Initially fed a few balls of sonubaits so natural sweet skimmer groundbait and very occasional loose feed of maggot and hemp as thought less stuff groundbait and less loose feed would help avoid rudd but it didn’t. So then re balled with frenzied hemp match original and match black and feed hemp and tares over the top. Feeder set up was the 11ft drennan acolyte ultra feeder rod paired with 4000 cadence CS7 FD reel loaded with 5lb hyper sensor. Started off with a 10g maggot feeder then a 20g recessed bomb then a 25g method feeder all the frenzied hemp groundbait and red maggots and red maggots on the hook bait in various quantities.

Grandad had initially turned up just to bring extra bait options but did fish a little in the end. Had the same problems as me though with just a pound or so of bits.

All in all a very waffly report for what was a pretty naff session. Probably would have done better if I’d persisted with thebseeds or gone the method feeder earlier rather than chopping and changing but still would have struggled to find many better fish as fished it enough times now to just suspect they aren’t in there in any numbers. But it is still a lovely place to spend a day and catching a few seed fish even if not remotely proper seed fish was a nice taster of what’s to come on the river in a months time. Plus I’d had 4 consecutive good sessions in the space of a fortnight before today across boddington and jubilee so was ok with having a dud one today.

Will just be one more Stillwater session for me this year now (well unless we get very early floods) which will fall on next Sunday. Certainly won’t be rushing back to Marlborough and boddington will probably be matched up so will either return to jubilee or finally try Dorchester lake or napton.

Very little picture worthy today so just the swim and one of the very few more proper sized roach. 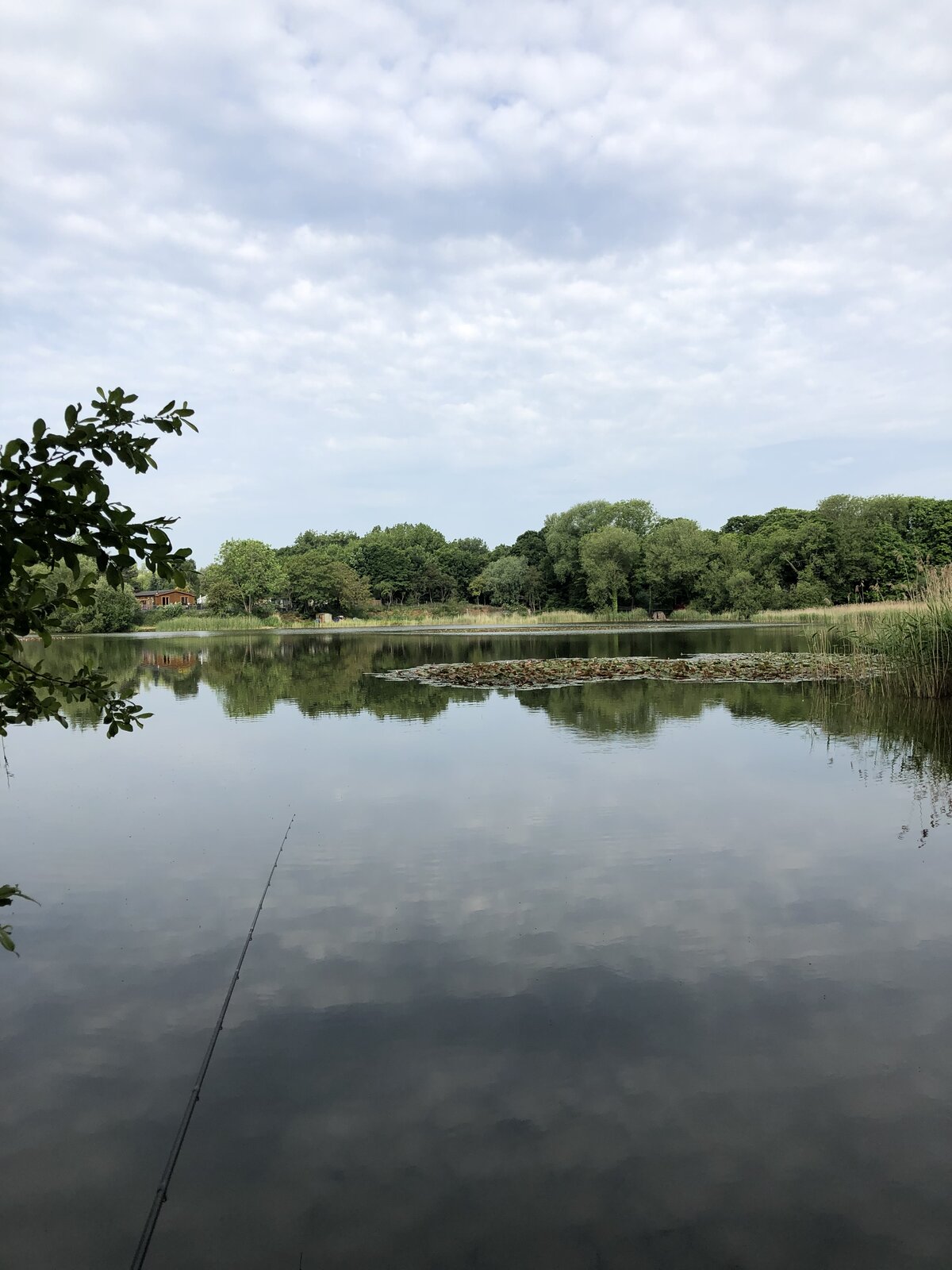 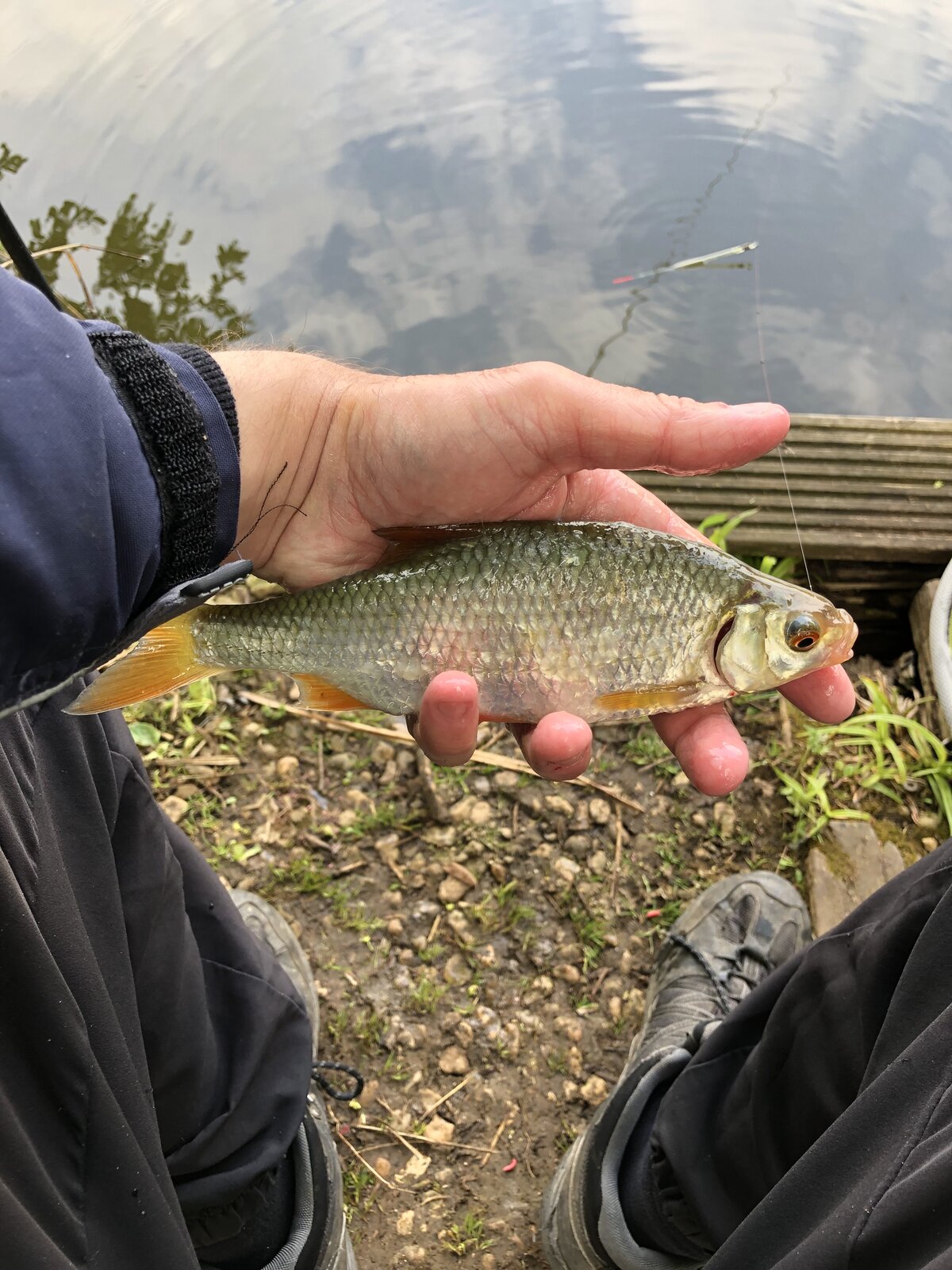