My last river session of the season

After fishing at the park and not catching anything yesterday, the plan was to go to the weir this morning to use the leftover bait. I was a bit tired when I woke up, having got up early two days in a row now, but managed to drag myself down to the weir for 7am. It was 0.25m up yesterday, about a foot and half higher than I would have liked, so I'd hoped it had dropped a bit. On checking the levels on the website this morning, it was 0.23m up, again... higher than I would have liked, but when I got to the weir it always fills me with excitement and I said to myself "anything could happen at this 'magical' weir". 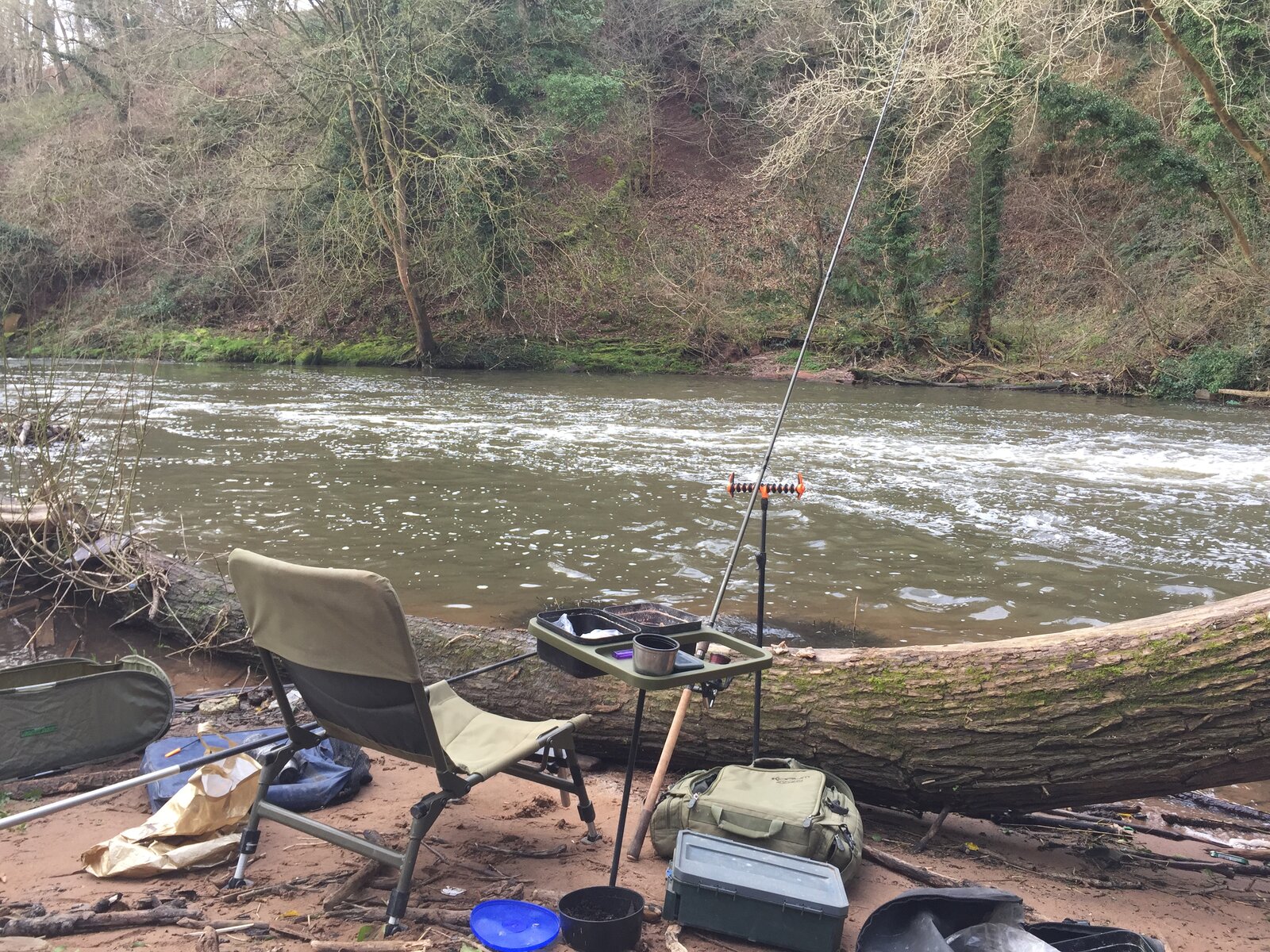 Despite that, and despite not being able to get banksticks in the ground that well despite it being sandy (baitwaiter looks wonkier than I thought in the pic), the colour of the river was fine enough for me to fish maggot, which I will always fish when the water is clear enough. Someone walked past and told me it had a foot too much water on, to which I agreed, but it wasn't too bad. I managed to hold bottom with a 60g Preston Klip Kap feeder that I had acquired on the Severn when I caught someone else rig.

Experience of the place tells me there's not often many fish about over winter, with them clearing off away from the weir when the temperatures drop below a certain point. I was still optimistic in spite of that, but after an hour without a bite, I'd began to lose hope as if there are Chub about they usually show pretty much straight away.

So after an hour on maggot, I switched to worm on the hook, and first cast on that the tip bangs about and I hook what I think is a small fish as it didn't fight and swam towards me, so I was pleased when a reasonable Chub surfaced. 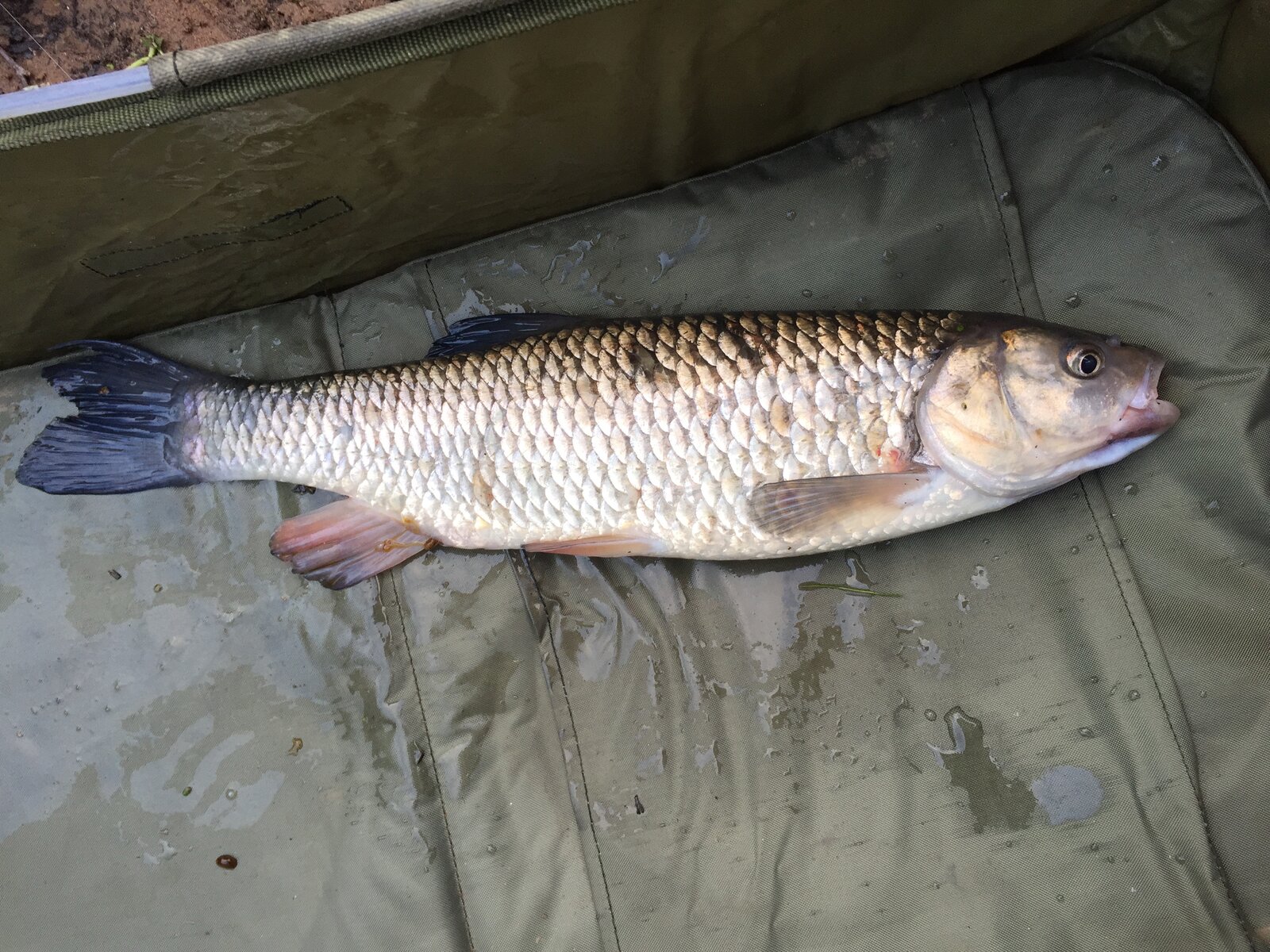 I said before I went that I didn't expect to catch anything, so that's one more than I expected, and with the Severn being higher than I like, and not seeing much point coming back to the weir, that will most likely be my final river session of the season. At least I didn't blank!

Well done on beating the blank in difficult conditions. Surely not your last session though must have a day off between now and the 14th? Getting warmer and drier too!

Cheers. I got days off but can't see me getting out. Severn too high. Avon a bit of a mission. Weir not really worth it, I said to my dad the bites I missed were probably off the same Chub I put back.

I see where you’re coming from. Provided it doesn’t rain too much in the week I’m trying somewhere or other just because it’s the last weekend. He who dares and all that

Opening Night on the Weir
2

Last outing of the season