Good luck everyone and may the force be with you

I take it that it's silvers and carp under 1 LB in the same net ?

I will only need two nets one for silvers and the odd <1 lb carp and the other for show....

I take it that it's silvers and carp under 1 LB in the same net ?

I will only need two nets one for silvers and the odd <1 lb carp and the other for show....

Yes carp under 1lb and silvers in one net

Morning all woke up early and couldn't get back to sleep, so decided to get up. Just been out in the garden and it's not cold, but the wind is blustery, not constant just strong gusts,

Ah well plenty of time to get ready, hate rushing around, as that's usually a recipe for forgetting something,

Running slightly late - but no rush. Official draw time is 9

Setting off in 10 mins see you all there
R

Good luck all. Can the winner drop me a pm and I'll post the trophy to them free of charge.

Come on spill the beans who won and who got what, or is it all too embarrassing

If I hadn't said to Luke I was going, for two pins I wouldn't have bothered. Just my heart really wasn't in it,

Started with prep I had planned last weekend to get some rigs & hooks tied. that went out the window with family visits etc. This Saturday set up to do rigs and had to work instead. Hate turning up not as prepared as I wanted to be and coupled with a absolute duff week, I could have done with a game of rugby to get rid of my frustration (not that I would last more than 5 minutes !)

Was late leaving and by the time I set up it was half an hour into the match. had carp climbing over themselves at my feet in between the keep nets, but wouldn't take a hook bait, tried different sized / colour pellet banded and expanders as well as couple of casters but no takers. Gave up and went down the track which was only 2 ft deep and any feeding resulted in swirls of mud as the carp rooted around, it has really silted up badly.

Had Neil (Gixer13) on the next peg and he very kindly offered me some of his rigs, but I declined, didn't seem like cricket to use borrowed rigs, I am a big believer in either stand or fall on your own merits.

To be honest I just didn't enjoy it on the day, even when I was catching, had a few foul hooked too tried limiting the feed to just 2 x 6 mm pellets and no bites or more pellets / caster and bites or foul hooking.

No reflection on the match itself, all credit to Luke for organising all of the matches at Jansons just me on the day.
K

ulladubulla said:
Sorry all for the lateness on this - been busy with other things. This is on the match pool with 300lb plus weights of carp regularly caught - minimum of four nets required. Net limits enforced.

Janson Fishery offers fishing clubs a venue for match fishing in Nottinghamshire. Visit our website to view our lakes and book your matches. Click here.

As above - taking names in the responses below.

Hopefully no rain this year! 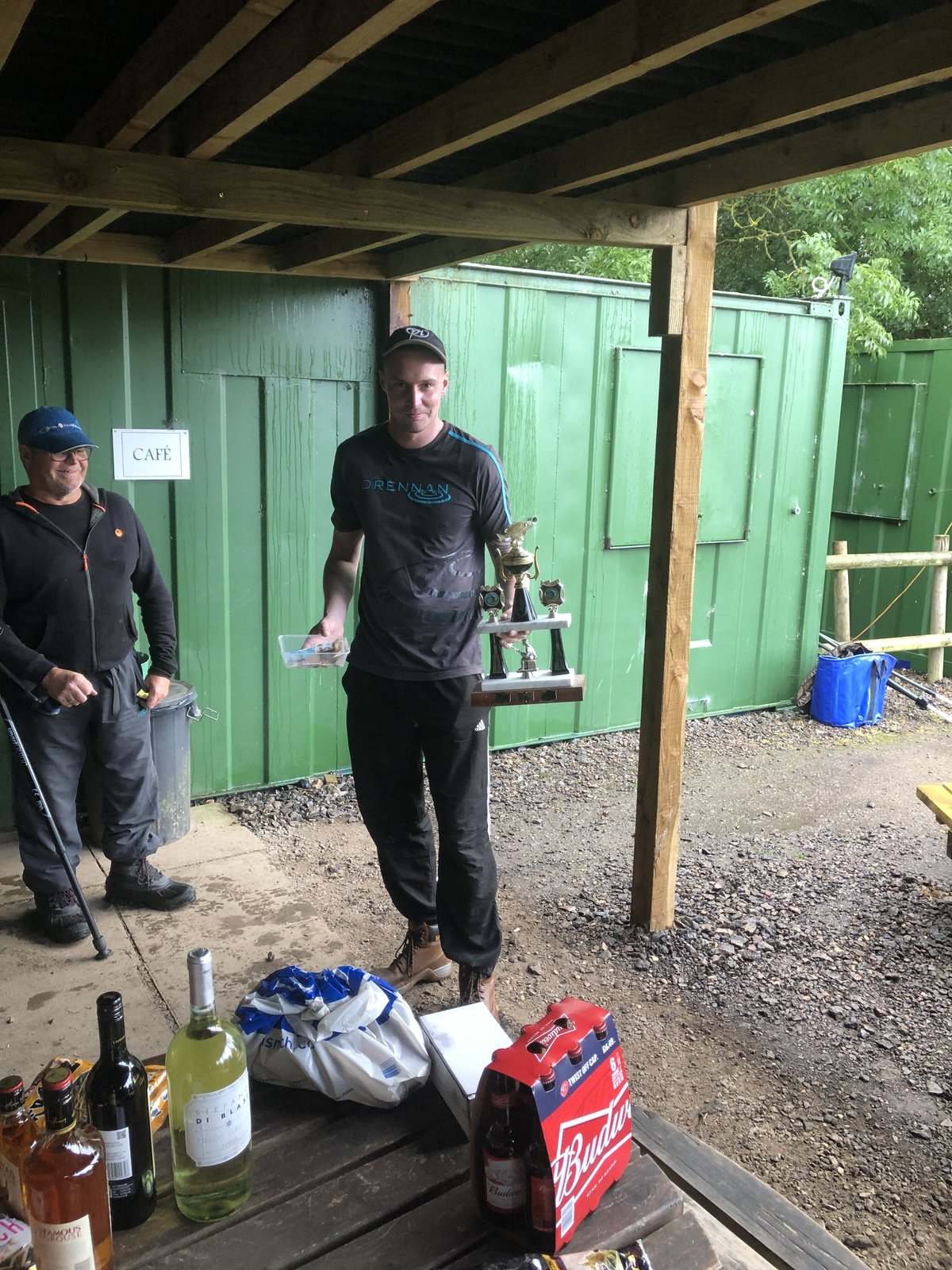 Put me down please

Kingcarp8888 said:
Put me down please
Click to expand...

You would need to thumb a lift from Dr Who chip, this match took place last year.
K

Scribe said:
You would need to thumb a lift from Dr Who chip, this match took place last year.
Click to expand...

Yeah just realised so booked a lift on the malenion

Scribe said:
You would need to thumb a lift from Dr Who chip, this match took place last year.
Click to expand...

@Kingcarp8888 There is MD Pork Pie Match here it's fully booked, but you could be 1st Reserve or again as 1st Reserve on the Glebe Teams of Three here
Last edited: Apr 24, 2021