Wise Owl said:
Ball was Out
Click to expand...

It came back on with a pie and a bovril
S

Another pen for Man U. Softest pen you will ever see.
But getting beat 3-1

Ole gone by the new year?

Olegone - A shapeless thing with no obvious sides ??

In the words of Ole "i couldnt care Less" No fans, No big money footy, and loads of Debt, There may be trouble Ahead
P

going no where fast, OS is not van gal or the special one,

just shows how great SAF was

Its just a shame the Man u fans who spouted how Mighty they were and how the Did what they want aint still willing to post on here, i mean all through the time My team were nearly down and out i still shouted my support from the rooftops. Maybe just Glory supporters ???

I'm with you on that W/O,I can't stand people who 'support' a team but only when they are winning,I've got a fishing mate who 'supports' Man U,he couldn't find Manchester on a map,when I asked him why he said "well you have to support the best team don't you",now when I have a dig at him he's given them up !,as is obvious I support,and have done for over sixty years Sheffield United and still remember the thrill of going to Bramhall Lane as a young teenager watching 'Doc' Pace,Joe Shaw Alan Hodgkinson etc and some of the away players like Billy Wright,Johnny Haynes etc,I don't care all that much what division they are in,or how well they are doing in it (which is just as well at this moment in time !) so long as they don't leave anything on the field and play for the shirt. 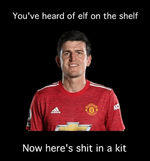 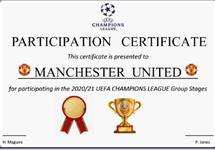 I've followed United since I was a small young lad, I was in a previous life a season ticket and shareholder.
I supported throught relegation season in 74 and through all the glory years in SAF's time.
I only gave up the season ticket because the 'X' found the credit card statements for the credit card she didn't know about

I sold my shares when I had to, not because I wanted to.
I don't support the Glazers or Woodward.
What I will say is that during their tenure, the Glazers have spent an awful lot on transfers to win trophies, more I dare say in real terms that previous owners did.
We have had the players, we have had world beaters at the club since Ferguson left, but for some reason the magic he had hasn't been there.
There are cries from some fans for Pochettino to replace Solsjaer, but I think even he would have his work cut out there at the moment.
IMO and it is only an opinion the morale in the dressing room isn't helped when one 'star' player cannot make his mind up whether he want to stay or not, we have at the moment one decent defender (sometimes) and one decent forward.

I will support United come what may

🎥 VIDEO: Manchester United Are Back - WATCH IT UNTIL THE END 😂😂😂

Concentrate on the title now, will be fine.
Put the ressies out on a Thursday, by next year they will be ready to win the champions league on the experience, in the mean time, the 1st 11 take the title, if Ole ever decides which 11 is which. This year the title, next year the champs league and the title.

Can you get me some of what you're taking Northants,I could do with cheering up.

Northantslad said:
Concentrate on the title now, will be fine.
Put the ressies out on a Thursday, by next year they will be ready to win the champions league on the experience, in the mean time, the 1st 11 take the title, if Ole ever decides which 11 is which. This year the title, next year the champs league and the title.
Click to expand...

Don't leave out the Boat Race and the Eurovision song contest, mate!

I think VAR must be broken

The Difference Between Rugby and Football