chris1967 said:
Great work by dave for organizing and like others have said if you haven't been before try one .
Click to expand...

Thought about it this year, just too busy; what’s the dates for next year?

Missed that, thank you

chefster said:
Well done both of you !!!! It was really nice to meet you both on Friday!! Gutted I couldn’t fish the whole weekend though

It was nice to meet you both and I'm so glad you enjoyed it. As you could tell, it's enjoyed by all of us. Great weekend.
N

MunchMyStump said:
PB bream for me! Absolute monster. Will get a pic up later.
Click to expand...

is there a pic yet??

Stewie74 said:
Started off on the feeder and had 30lb in the net after the first hour, so a decent start. Had fed the long line at the start with caster and Groundbait, as an option for skimmers if the carp weren’t playing. Dropped on this to rest the feeder line, it produced 5 skimmers for about 15lb, but after 40 minutes it wasn’t producing quick enough, so fed up my margin lines and went back on the feeder for a few more carp, whilst pinging casters hoping for the carp to come shallow.
Click to expand...

those sound like Bream to me ... Skimmers are less than 1.5 pounds, certainly less than 2!!

..................... so up a little earlier today as breakfast started at 7.30am due to the fishing times being 11am- 4pm today to allow for people to get away at a sensible time. Chris and his lad Keiron passed by looking a tad knackered as it transpired both of their air beds had deflated during the night leaving them both unimpressed with camping. If you fancy a new tent get in touch with Chris as I'm sure he'll be only to happy to do you a deal on one.

Having stowed my sleeping bag into its impossibly small bag and had a bit of a tidy up in the car I drove down to the tackle shop and left the car there ready for the trip home later on. It was at that point I bumped into Geoff P who despite not fishing this weekend had driven down from God's Own Country this morning to act as our official photographer for the day, and after he had paid for his breakfast in the shop we took a stroll over to the Café.
Paul appeared with a big smile on his face having been up to Pines to collect his kit as he left it there overnight. He'd met Trevor earlier at the bait shed around 7am. Trevor had his chest waders and had gone up to Pines with him and managed to find Paul's no4 section in a matter of minutes. Trevor being Trevor refused to take anything by way of reward, just another example of a fishery manager going the extra yard to help a customer,

It goes without saying that Breakfast was up to its usual high standard despite the Café seeming to be packed as most had come down early, thanks to the Ladies working tirelessly to ensure that things went without a hitch. Afterwards talk of course turned towards favoured pegs and possible winners. Personally I just wanted a peg that would offer a chance of decent points, 1, 2 or 30 (all flyers) would have been perfect but as I had only ever drawn one of those once in all my visits to Alders I wasn't optimistic.

9.30am and Dave called us all to order for the draw and once more he was ably assisted by Clare drawing the pegs. Martin got peg 2 on Pines which had only produced 30lbs and 36lbs the previous 2 days and I ended up with peg 6 on Ash which had produced a DNW on Friday and 90 odd lbs yesterday , However they're both pegs capable of doing a decent weight on the day but would that be enough? At least it was a short walk for me and I was soon settled into my peg. 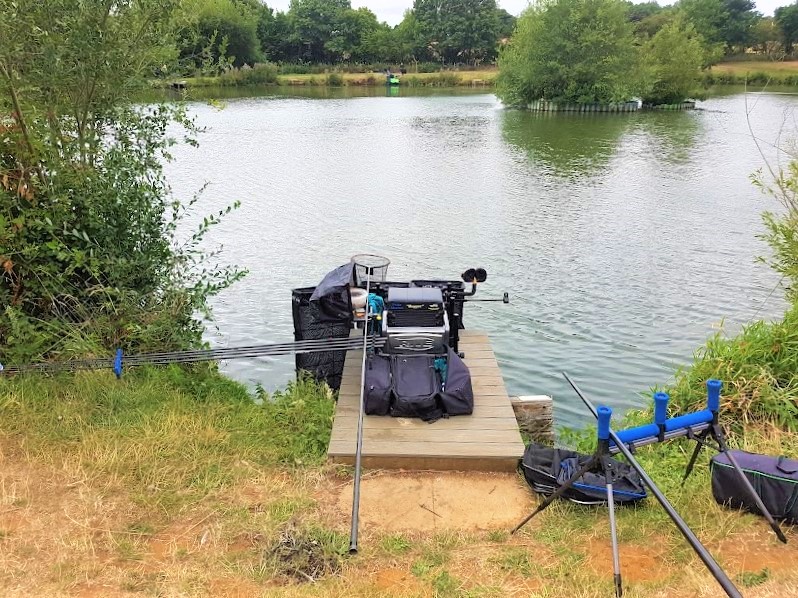 Yet again I didn't have to change any of the rigs on my top kits other than adjusting the depth by a couple of inches on all 3 lines. Once again bait wise it was pellets and pellets though with time to spare I did knock up some groundbait for my margin lines. It's a bit contrary to fish pellet but it's an approach that I'm confident in at Alders. I know that maggot and slop work well there but you need at least a gallon of maggot and the patience to work through the hordes of small Perch until the Carp move in on it and nowadays I just don't have the patience to do it.

For company today I had Mark (@Yosemite Sam) to my left on peg 8 and to my left, once again Paul (nomorelongwalks) on peg5 and young Alex on peg 4. 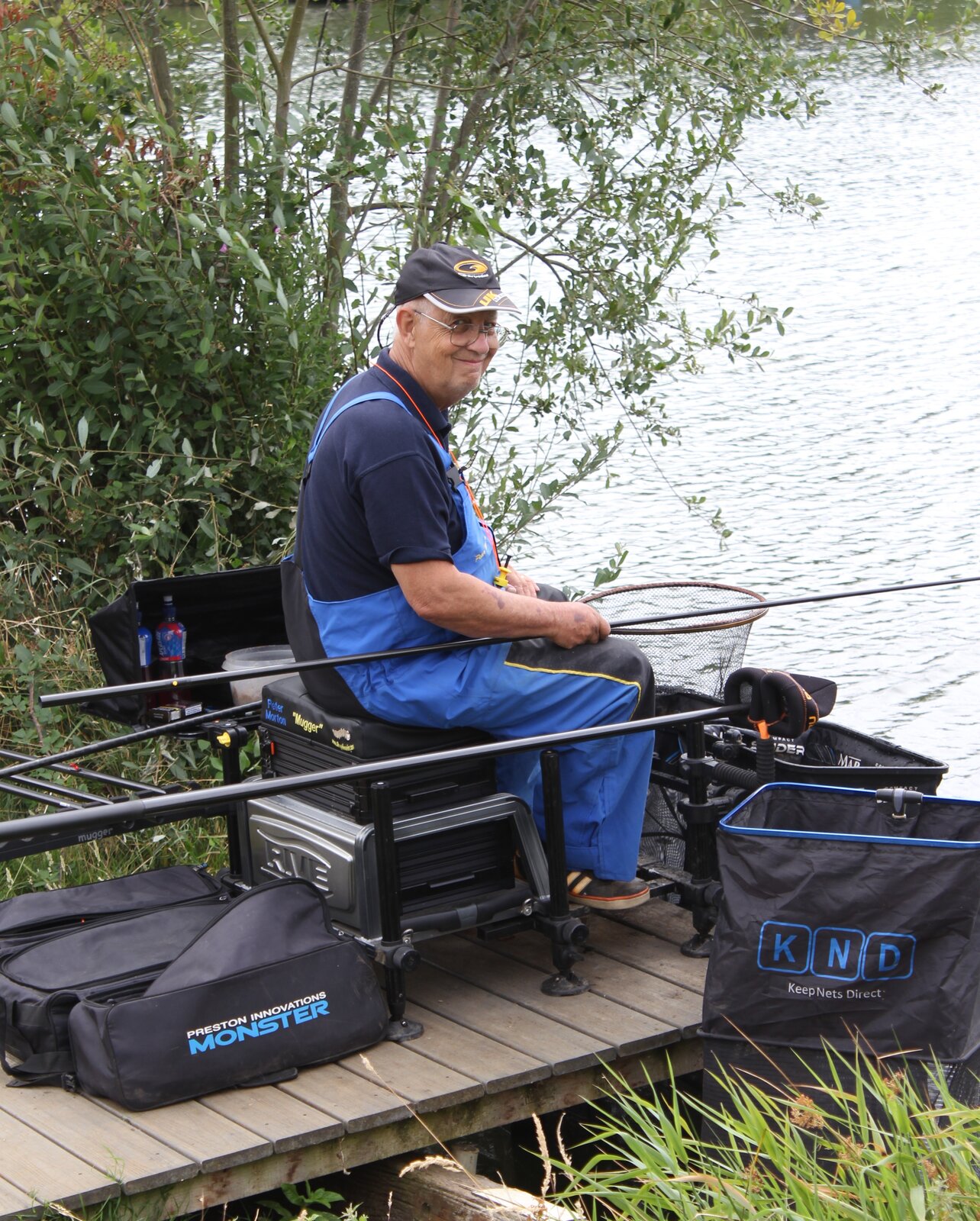 So 11am and All-In and as you've guessed, feed both margins and strait out at 2+2 with a pinch of 4mm's and a banded 6mm over the top. "How long for your fist fish?" asked Paul, about 30 seconds came the reply. a very welcome Common around 3 pounds to get me off the mark.
The fly in the ointment unfortunately the wind that was swirling around in all directions in front of me making presentation a nightmare, especially as looking over at the opposite bank in the low 20's it was a virtual millpond. I came of it and went down the left hand margin but I wasted an hour trying to force it and after an hour just had another Carp and a couple of skimmers to show for it. Alex had no such trouble and was catching regularly from the off, while Paul was wading through the Perch but was having trouble hanging onto the Carp that we was connecting with. I couldn't see Mark to my right due to a bush but was hearing regular splashing but couldn't tell whether he was landing or losing them.

Thankfully after around an hour the wind died down enough to allow me to go back in front. I'd kept the feed going while trying the margin and started to get among the Carp and skimmers again, unfortunately 2 or 3 foul hookers disturbed things, charging back and forth through the swim before the rig came back with just a scale on the hook. After that it was just down to rebuilding the swim with regular feed to try and get them to get their heads down again. Finally I started to get a few indications and slowly started to put a run of fish together again. Paul wasn't so lucky however as once the Carp finally moved in he suffered a spate of pulled hooks and trashed rigs that really tried his patience.

I finally managed to get into a run of fish when a short sharp shower that only lasted a couple of minute reminded us all that it wouldn't be a Maggotdrowners event without a bit of rain. However it did nothing to dampen the action and I had a decent finish to the match ending up with 36 carp and some skimmers by the time the All Out was called at 4pm

With the scales going anti-clockwise from peg 30 there was plenty of time to get the kit packed away before they arrived. I was sure that I'd managed a Ton+ but with Alex admitting to a Double Ton by his reckoning I was pretty sure that the Pairs was going to him and Clive unless Clive had an absolute disaster on Pines.
When the scales arrived Mark put 60lbs on the scales. I had managed 126lbs for 5th on the day, Paul 62lbs while Alex had done the business with a magnificent lake winning 245lbs which was the top overall weight on the day.

So back to the Café to give Dave a hand working out the overall results. It had been tight on Day 1 with just 3 points between the top 3 pairs and today amazingly with those same 3 teams all returning a score of 7 points, so with the scores in it was Presentation time. 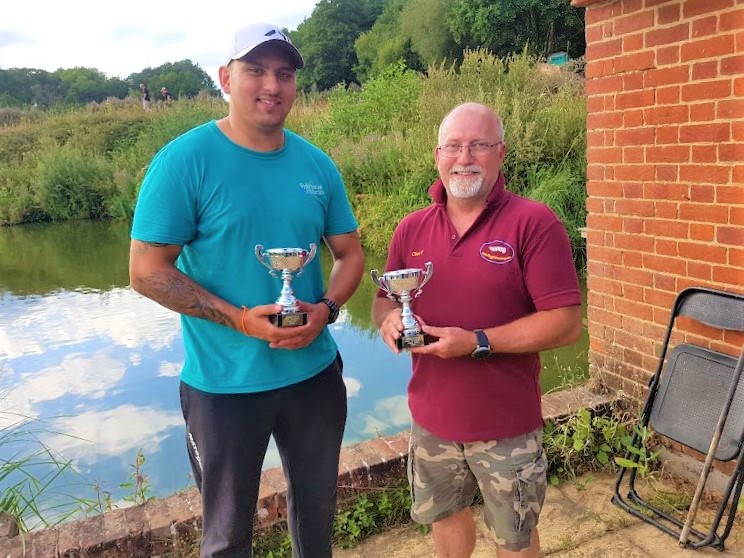 I had the top weight off of all the pegs that I fished over the 3 days.

While I had to hand back a Nugget on Friday that I had taken from Chefster previously at the Glebe, overall it was all good as I had received 3 from Bill, 3 from Dirk and most satisfyingly 3 from Dave. 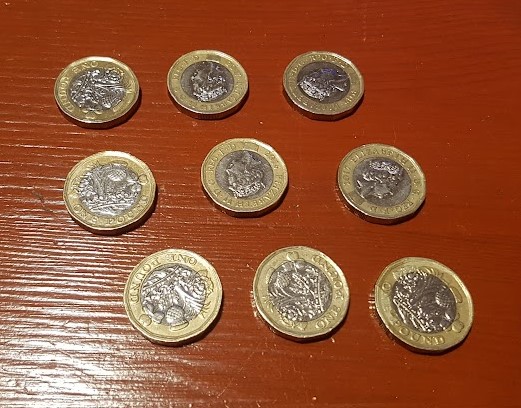 With the car finally loaded and the clock showing 7pm it was time to set off for the trip of 135miles up the M1 to home, not without a final look back though from the top of Heart Attack Hill to lock in a few more good memories. 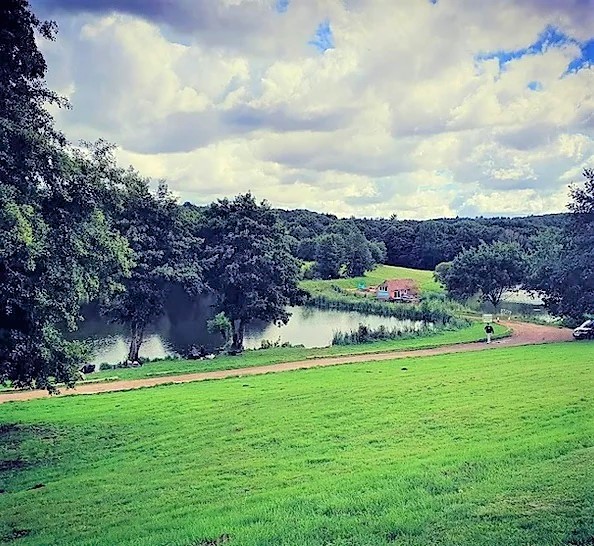 If you fancy a new tent get in touch with Chris as I'm sure he'll be only to happy to do you a deal on one.
Click to expand...

Already flogged it on ebay peter lol ,i'll leave the camping for the girl guides ,cubs, and scouts in the future and chuck a mattress in the van and sleep like a king

chris1967 said:
If you fancy a new tent get in touch with Chris as I'm sure he'll be only to happy to do you a deal on one.

Already flogged it on ebay peter lol ,i'll leave the camping for the girl guides ,cubs, and scouts in the future and chuck a mattress in the van and sleep like a king
Click to expand...

After our airbed deflated and I was covered in ants I made a beeline for the car in the hope that I could get at least another hours kip... This was at 2.30 AM.
Around 3 AM Chris rocked out of his tent and plumped himself on a chair... He did not look too happy so thought better of winding the window down and shouting good morning...
Anyhow there are several options for accommodation in the area with a couple being in Otley itself.

thought about being rid of the damn thing saturday morning ,and we could imagine that it's godber on the right 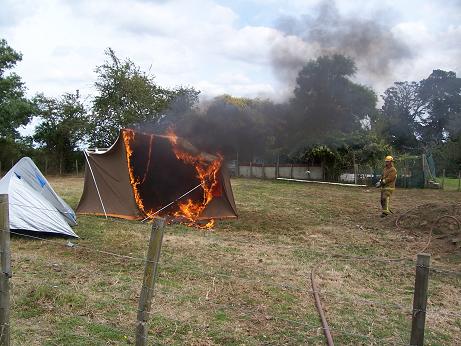 To be fair, get yourself a decent bivvy and bedchair and it doesn't get any better.
I've got a Nash 2.2 man bivvy, a tad big for me at times, especially on the Trent, but great for weekends like Alders, plenty of room, quick to put up and down, storm proof and a full overwrap to go with it for the really bad weather

dont know what these pop up tents are like..on facebook...folds down to nothing...just pull the top and its up..one and 2 man?

Dave said:
Imagine a condom with your feet sticking out of one end and your head out of the other
Click to expand...

Richy the perch said:
You taking the mickey out of my huge two man tent dave 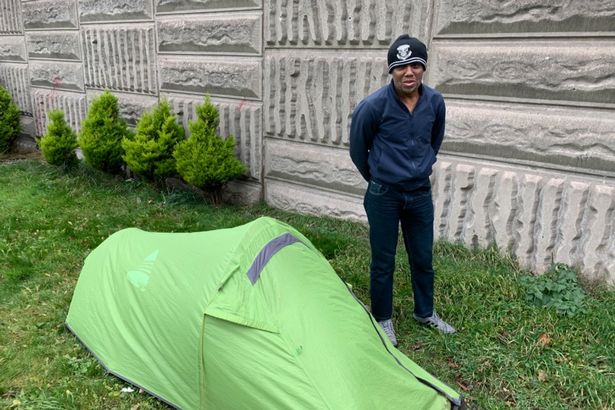 Cannot believe someone has robbed my tent

A tool to help administrate and calculate match results