After last weeks detour to fish the Dorset stour I was back on my home waters of the Thames today. I’d last fished it 4 weeks ago when it was very much still summer so was initially unsure where to go now it’s autumn. In the end I decided on the easy option and went for my favourite spot at medley. On my last session there 5 weeks ago I had 80 odd roach and 20 odd other fish for probably 20lb which followed few other double figures bags there so even though that was summer and now it’s autumn I was confident of a good result.

I was greeted by lovely calm and mild weather and started fishing about half 8 (half hour later than summer hours!) and fished about half 3 all on the stick save for the last hour on the feeder. In that time I had certainly 50 plus good roach, about 20 small dace, a handful of bleak, a couple chublet and a single perch for almost certainly comfortably over 15lb so a good result indeed. It was a funny day as rather than the steady stream of bites I tended to get in the summer it more came in the form of bunches of roach with then bunches of other fish then after nothing then repeat. Plenty of pile attacks as usual as well!

As usual all the float caught fish fell to the 13ft drennan acolyte ultra float rod paired with the drennan 7 series 3000 float reel loaded with 3lb maxima this time to a 5bb drennan stick to a drennan silverfish size 18 to 2.5lb hook to nylon. This was set up to just trip the bottom in about 5ft of water . The vast majority of fish fell to a single red maggot save for maybe a third of the roach which fell to a single grain of hemp (they were not taking hemp anything like as well as in the summer) over a loose feed of mostly hemp and a few red maggots. The few feeder caught fish came to the usual 11ft drennan acolyte ultra feeder rod paired with the drennan 7 series 4000 feeder reel loaded with 6lb maxima to 40g drennan maggot feeder to a drennan carp size 14 to 4lb hook to nylon. Hook bait was triple red maggot with the feeder containing frenzied hemp groundbait laced with hemp and red maggot.

My grandad was with me again and strangely went on the feeder despite me usually out catching him probably 5-1 on the float when he does that but today it paid off for him. He had an all roach catch of 50 plus fish including some crackers up to a pound on the same set up as my feeder. He suffered from the pike even worse than me although did very nearly land a couple

All in all it was a really enjoyable session that produced bags for both of us that were certainly in each of our top 3 or 4 bags for the season. Hopefully the weather will continue to play ball over the next week so we can have another go next weekend as it’s only be a few more weeks before the fishing gets tough so got to make the most of things whilst we can!

Couple picks of the swim at the start and end of the session plus a handful of roughly stamp roach. 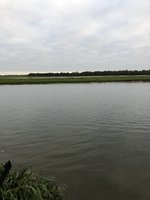 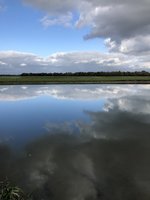 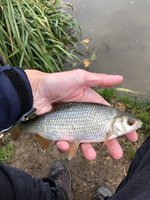 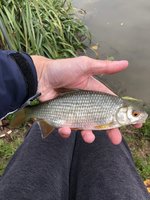 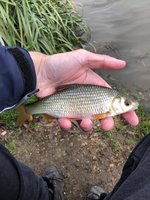 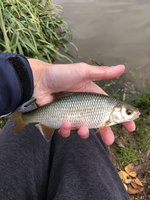 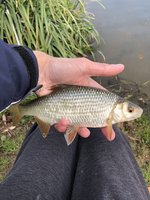 I am very lucky to live by one of the best stretches of river in the country. I’ve been able to fish it more than ever this year so have had quite a lot of really nice sessions like today over the last few months.
B

Great report and well fished, the pictures show what a lovely stretch it is. I must have the dullest rivers in the UK lol

bettsfan said:
Great report and well fished, the pictures show what a lovely stretch it is. I must have the dullest rivers in the UK lol
Click to expand...

Thanks mate. There are a handful or so lovely stretches around here ?

Just seen the result of today's match that was pegged whilst we were there yesterday. Figured that the better match anglers would do very well seeing as me and grandad had probably over 30lb between us yesterday (with me getting probably 20lb the previous time there after a few other comfortable double figure bags) and they certainly did bag up.

37lb of bream on worm came first but 28lb of all roach on maggot came second, 27lb of roach and one chub on maggot came third and 23lb of roach on maggot fourth. All those weights came on the section we fish on and the neighboring section which doesn't surprise me at all as they're definitely the best part of the stretch. The winning 4 man team total was 109lb and second 104lb so it was certainly a very good match on those better bottom sections.
Last edited: Oct 18, 2020

It’s so great that you can go fishing with your grandad, cherish that.

DontKillZander said:
It’s so great that you can go fishing with your grandad, cherish that.

Yeah I'm very lucky that he's still able to come with me regularly. Most people in their late 20s have grandparents well into their 80s or even passed on so its great that he's just mid 70s and still very active. Hopefully we'll be able to share a few more years on the banks together ?

And thanks yeah have been lucky to have had quite a lot of nice fishing on old father Thames this season ??

Perfect weather for the float, nice.

Yeah I’ve been lucky to fish it in calm weather quite a few times this season with the extra time I’ve had to fish it and it doesn’t half make trotting easier. Always get much better catches when it’s not windy as can present the bait so much better ??

Yep @Silverfisher I'm hoping I get conditions like that the next time I get out. It was like beach fishing last time I went out the waves coming down the river were silly.

Fugley-fisher said:
Yep @Silverfisher I'm hoping I get conditions like that the next time I get out. It was like beach fishing last time I went out the waves coming down the river were silly.
Click to expand...

Haha it got a bit like that when I was down fishing roughly your neck of the woods last week. Calm as anything until about 10 then picked up a bit and then blowing big time by about 12!

Yea get set up seems calm and nice by 12 it's gale force and always seems to be downstream and diagonal, just pushes the float all over the place, like you say presentation goes out the window.

Fugley-fisher said:
Yea get set up seems calm and nice by 12 it's gale force and always seems to be downstream and diagonal, just pushes the float all over the place, like you say presentation goes out the window.
Click to expand...

Did get the odd bit of downstream diagonal yesterday when the edge of a cloud would come past but was no more than 10 minutes at time rather than hours on end like such winds tend to be!

Is amazing the difference a bit of wind messing up the presentation can make, bit of breeze and I’ll be catching say 2-5oz roach then the wind stops and they’ll go say 3-8oz just like a switch has been flicked! Shows they ain’t stupid I guess.

Great session and a lovely write up too - thanks

OldTaff said:
Great session and a lovely write up too - thanks
Click to expand...

Thanks mate, have had a bit of practice on both fronts this season ???

That was a great read and being a grandad too who actively fishes, thank you.