Late decision this morning to have another go at the spurdogs up past Dunvegan. Got there just after low tide giving me up to three and a half hours before the rising tide would force me to retreat and call it a day.
Very murky day with a strong wind coming in to me at about a 45 degree angle- 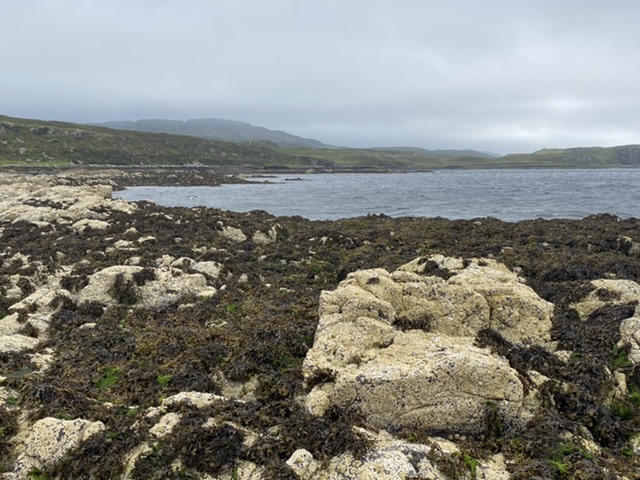 Only needs a short chuck here, 50 yards is enough, so despite the face wind didn’t bother with a bait clip and set up simple running ledger, 150 gm lead with a 4ft hooklength of 80lb. Mackerel strip on a 2/0 out into at least 50 to 60 ft of water.
Nothing for nearly an hour, then a decent pollack ( first fish I’ve had here on bait other than spurdogs) followed soon by a coalfish only a little smaller. Then for the next two hours it was a bite a chuck and not having to wait long either- a couple took almost on the drop as the lead hit bottom. Ended up with 8 spurdog up to around 9 lb and two dogfish. Lost another two spurs, one pulled out and one lost when something sharp on the bottom cut clean through the line above the swivel, as well as missing a couple of runs.
Packed in a little earlier than expected as the wind was building the waves and was getting harder to land the fish without getting a drenching…and returning the fish got a bigger one.
A sample… 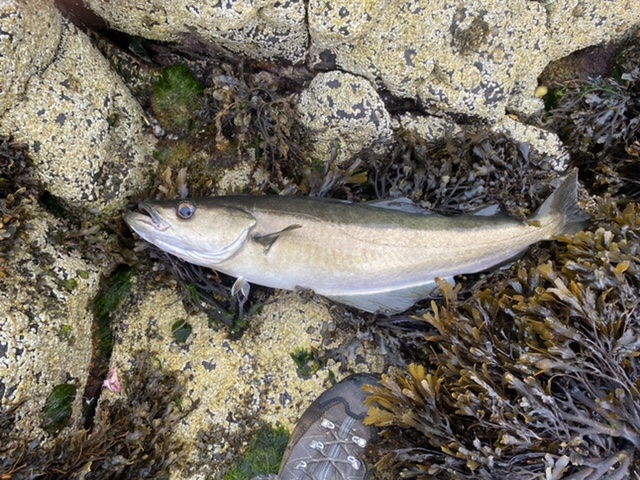 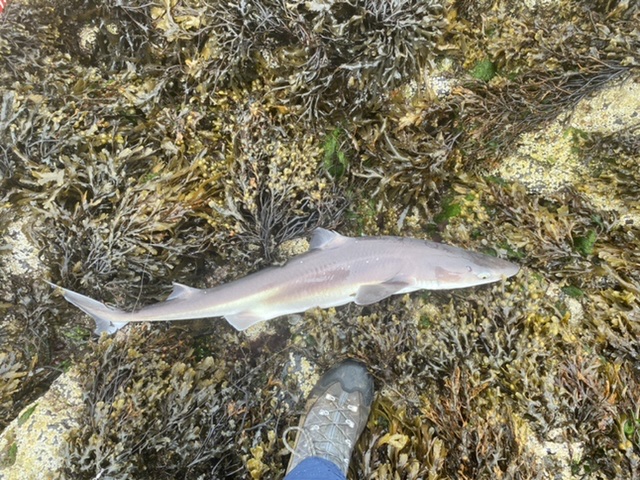 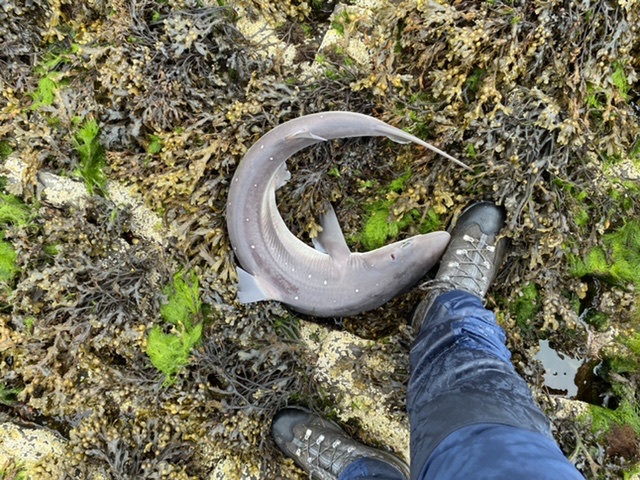 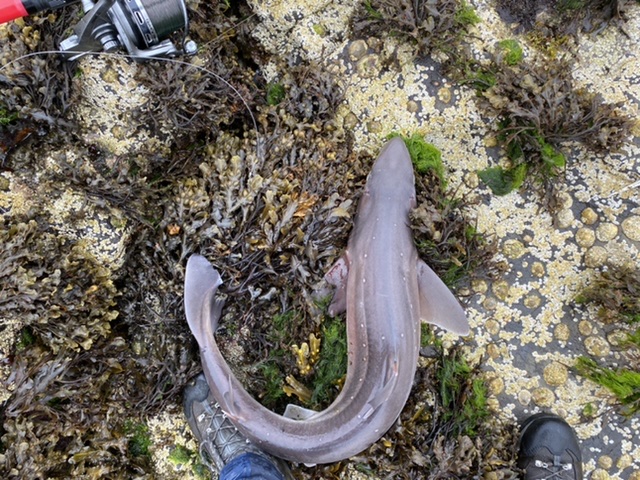 Sounds like a awesome session, looks it as well, we do get spurs down in South Wales now and again , the smoothound fishing this year as been crazy , had six in a row yesterday.

Greeny1178 said:
Sounds like a awesome session, looks it as well, we do get spurs down in South Wales now and again , the smoothound fishing this year as been crazy , had six in a row yesterday.
Click to expand...

actually going to sea on a short trip next weekend but don’t think we’ll encounter any smoothies with where it’ll likely go. Do get spurs on my old patch as well but more or less only in winter and as I’ve done very little winter sea fishing I’ve never caught one.

and all on baby squid or prawns out of the rock pools been out fishing crab , which is good for me as a 12 hour session only cost me £3.50 .

Greeny1178 said:
been catching more hounds then dogfish lately it’s been like fishing a runs water you could properly catch them with a crab line

and all on baby squid or prawns out of the rock pools been out fishing crab , which is good for me as a 12 hour session only cost me £3.50 .
Click to expand...

Sounds brilliant to me!

“Like fishing a runs water” is a pretty good description of yesterday.
Seems a bit of a feast or famine mark as I’ve had two complete blanks there in four visits, but when they show up….
Always nice to do well from a spot you’ve found yourself. Very very few sea anglers living here and most of the visiting anglers head for the same handful of areas. Thought this mark looked good from a recce visit following a check on the Navionics website , can’t find any reference to it on any sea angling forum or website and never seen another angler anywhere near there (same with my other spurdog mark) . Neist Point and Armadale Pier are the well known spur spots on the island but both a bit too busy (not just with anglers) for my preference.
Don’t think the smoothhounds have reached here yet, but they do seem to be getting further and further north now.

Slow start on the spurs, then speeding up..

Improvement at the North End