Chatting to my uncle yesterday about where we were going to go fishing next, we both mentioned it's almost river season. I mentioned the weir on the Stour in my village but I don't think he'll get down the bank or over the fence. He said he doesn't want to get BAA this year as he won't get out enough to make it worthwhile, but he also mentioned what he called Stourport Weir. He reckoned he fished it over 20 years ago and had some nice Barbel out of there. Is it still worth fishing and are the Barbel still about?
T

It's Lincomb weir ain't fished it for years, always caught plenty of BIG Bream. There, not sure if or who does the tickets if available. Saw this on face ache for parking on left side by lock if it helps

Caravan park side I believe is private fishing to owners and those who pitch up there.

Ah yeah Lincomb. Cheers mate. I might end up there with my uncle this year as it sounds like he wants to fish it.
T

@Zerkalo .....You've already been there!

Fishing at Lincomb Weir earlier in the day. by Patrick Hogan at PicturesofEngland.com 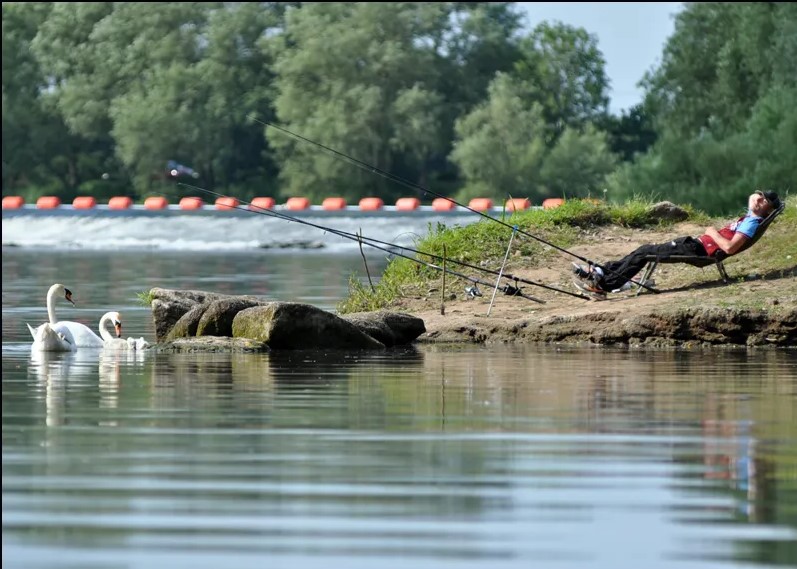 Can't be me. I'm always perched on the front of my chair, leaning forward and watching the tip like a hawk, even if I had a recliner.

And that looks like a Villa shirt. Either that or someones puked on it.

Zerkalo said:
And that looks like a Villa shirt. Either that or someones puked on it.
Click to expand...

And here was me thinking you were alright. Don’t tell me you’re a small heath fan?

Yep although a hangover from when I was properly into football. I'm now the Burt Kwouk of fishing. Could attack/strike at any moment.
T

Zerkalo said:
And that looks like a Villa shirt. Either that or someones puked on it.
Click to expand...

B
Fishing around Worcester

Jul 6, 2022
Brythebagger
B
K
Where to take grandson