This year’s Boddington Classic Final was a real scorcher with bright sunshine throughout the day and temps peaking in the low 30’s. This meant ‘boddys’ resident carp were a little lethargic and were very hard to tempt for most of the field. However, in the corners where the wind was pushing in, and around the tree cover in the 80’s and early 90’s, there were a few to go at.

Taking the honors on the day was none other than AT competitions manager, James Lewis. Having qualified from the same 104-110 section with a roach back in May James feared the worst.

‘With the online draw masterfully done by Andre, I was a little deflated with peg 110, in normal years it’s been a go-to peg, but it had shown no form across all of the qualifiers. However, the conditions have played massively into my hands and it’s sent a good chunk of carp up the shallowest end of the lake.

James’ tactics on the day were relatively simple, after an early lost fish mugged on the pole, he focused on an out and out pellet waggler match, feeding 8mm’s at 25-30m meters and fishing a small pellet waggler over the top.

“Although there were plenty of fish they were certainly spooky and a switch to smaller pellets meant I caught more in my feed. I also matched this with the size of my float switching to a 4g foam waggler as opposed to the larger balsa wagglers” 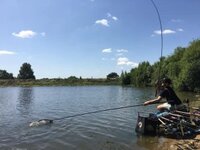 James caught steadily for most of the day and at the scales, his 18 big carp went an impressive 93.300kg, just over 200lb in old money. James added ‘I’m thrilled to be walking away with Boddington Classic title as it’s one I’ve really focused on this year and I’ll be back to defend it in 2022’ 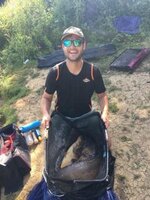 Second on the day was fellow Colmic Boland Northants teammate Wayne Robinson with 70.850kg off peg 82, again all caught shallow. Third was Kurtis Tranter with 57.950 from peg 6 on the Dam Wall and rounding out the top 4 was Andrew Ashington with 55.300kg. 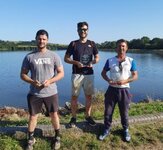 A huge thanks to all the anglers that make the Classic what it is, chipping in and weighing and making it one of the friendliest contests out there. We’re looking to evolve the contest even more for 2022, so watch this space for further news and a new list of qualifiers.