The Landlord said:
I'n gonna lay off because I thinlk we're gonna get stuffed by Chelsea tonight.
Click to expand...

Yeah - no complaints. A deflection & a penalty so not too down about it. Chelsea will finish second at the end of the season.

The Landlord said:
Yeah - no complaints. A deflection & a penalty so not too down about it. Chelsea will finish second at the end of the season.
Click to expand...

H T B said:
Their new manager bounce seems to be going on a bit longer than normal

They've appointed well there. Seems a good fit for Chelsea. Can see them challenging City next season
L

More Salad could be on his way,Klopp No1 choice as German No.1
He might just take that,do well and then step up again and get the chance to manage one of the bigger clubs.

kevin o connor said:
You do have to wonder what is going on at the club. Has he lost the confidence and support of the players ? How any of the players can take any pride in their own performance is beyond me !
Click to expand...

One or a combination of the below? (not in order of importance, more possibly a mixture of things)

To lose the confidence of the players would take something to have gone on and to have spread through the whole team-unlikely as his biggest quality seemed to be his player relationship and motivation, possible, but most unlikely of all of these, although you find out alot about 'team' players, not when its going well, but when it isn't.

I would hate to refer to a Klopp excuse he has mooted already and no doubt will give out again, but are they tired out? Was an amazing performance last season* with a fairly regular 11 and little depth to the squad, games are coming thick and fast and those full backs don't seem to be bombing on any more and has the squad depth issues been shown now?

* Many were worried how they ended the season however last season and the impact it could have on hitting the ground running this season.

Has there been a touch of sitting next to the fireplace, medal on the mantelpiece, staring at it in pride and eating chocolate hobnobs. Hunger, and not for the biscuits, more to want to/need to do it again, can be a massive thing to maintain. No secret and you do hear the likes of Souness and Keane refer to this first.

One thing is for sure, it's not that the others have got better either, Liverpool are a better part of 30 points behind where they were this time last season, and only City have really made it look worse on them by picking up 60% of a seasons points tally in 50% of a seasons games with the run they went on recently in the last 20 games or so.

I wonder on that point, if how the league is panning out has an impact on any teams performances, it shouldn't do in terms of how much you go for it, but a good few just ticked over this season, fairly contented and accepting, City gave that impression too early doors, then realised it was up for grabs and they certainly wanted it, when most teams are happy with aiming for a European spot, which Liverpool may also miss out on too.
L 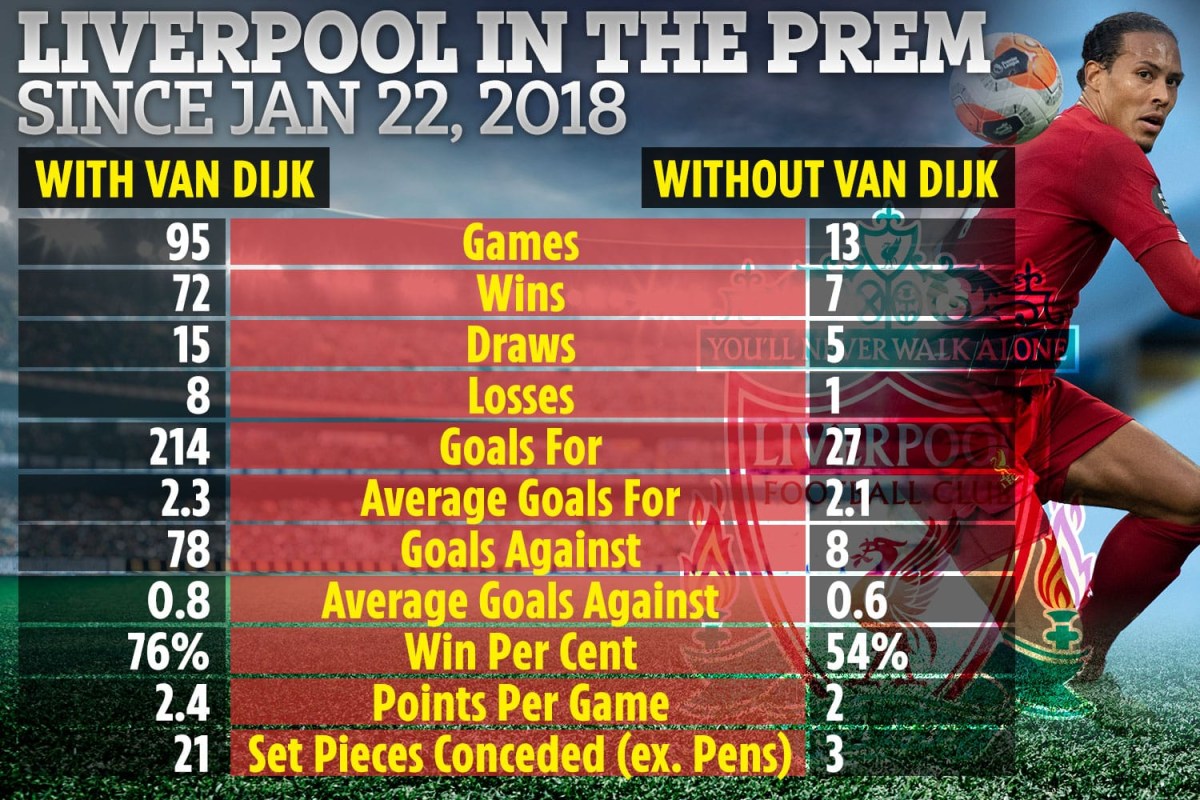 VIRGIL VAN DIJK’S absence has been highlighted as one of the main reasons Liverpool have stuttered in their title defence – but the Reds actually do better WITHOUT him in the side. Van Dijk faces m…

Lack of goals yes, but quite subjective though Keith, supply to strikers etc. I don't see wave after wave of attack like last season.
Perhaps they got sussed after Villa took their press tactic apart that night, seems to be when the doubts crept in.
L

Would add up, and the underestimation of his impact being emphasised by everyone including me thinking largely about other omissions.

Wonder if the contentment of some clubs, is driven by the money holders in these times and belt tightening for a year or two with the situation, hence the only team to have nailed it and really shown any drive is City, the team with plenty of depth to squad. 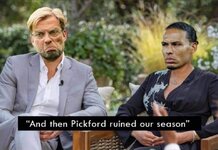 Regardless of who the player is or what club he plays for, injuring a player enough to put him out for most of the season is hardly something to be proud of !

kevin o connor said:
Regardless of who the player is or what club he plays for, injuring a player enough to put him out for most of the season is hardly something to be proud of !
Click to expand...

Nor did it need death threats sending to Pickford by Kopites.

Threats sent by keyboard warriors, something we are all too familiar with ! I am not for one minute calling you one , simply those who send threats !

Karma is a bstard eh

The best one though..

A Sean promise is a real promise. 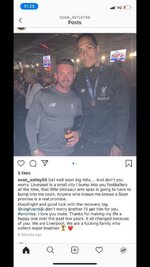 The difference between new and old money
2

My thoughts on the poppy