If an intruder came into your home how would you react?

I guess we would all like to think we would be brave, macho and overpower the intruder. Reality might be somewhat different in both reaction and outcome.

The intruder will always have a greater desire to escape than you would have in stopping them. Thus in any fight they are more likely to use extreme measures to get away. For most of us physical violence is something we are not used to and thus in any confrontation are likely to come off worse.

I have been involved in and seen the aftermath of a bank raid. There is no way I would have been brave, or stupid enough to take on the criminal. Even with fraudsters our best means of defence was to scare them off by letting them know we were on to them. Less likely to be violent but if physically challenged their desire to escape would overcome my desire to stop them.

So my reaction to an intruder would be to trigger their flight response without physical contact.

My youngest son very nearl got a mahogany coffee table over his head. I had fallen asleep on the sofa as per usual. I was woken at about 2am by the dog going schizo barking, l couldn't make out if he was in our bedroom at the front or the lads bedrrom at the back. As l got up off the sofa, the living room door opened and l thought "f*ck me, the b*stards have got in", reaching for something heavy to cave his skull in with. Luckily he put the light on and l saw it was my boy.
Apparently, the dog had started to whimper to go out for a toilet, he's had the squits for a coiple of days now so my mrs took him out to the back garden. We have new neighbours who leave their dog out at night and when my dog saw it he went mental, barking like a good 'un. My son thinking l had done the usual and forgot about the dog after letting him out for his 'nite nite pee pee' (ffs!!!), came down to let him in. I'm glad he put the light on, l was convinced, in my groggy state, we had burglars and so in answer to the question, l would have caved his skull in.

Sportsman said:
I have seen it all now. If you keep that under your pillow, then I assume it is a replica.
We have people on here talking about dropping people, shooting them or even "slotting" them FFS.'I have had the privilege of living and working for several years with some proper warriors, not internet walter mitties and wannabees.
The guys I am referring to were ex Royal Marine commandos,Raiding Squadron and SBS. I am happy to say I still count some of them as close friends, at the time they were divers or rescue boat instructors.
In all of the time I spent with them, I never heard one of them use such language. They didn't need to.
Click to expand...

I am fully licensed with the correct FAC as I buy and sell guns and rifles as a firearms dealer. Mostly WWll. I tried keeping an MG42 under the pillow but the end of the barrel kept poking the wife in the ear. Currently trying to by a 25 pound field gun and just waiting for the FAC approval
A

The first thing I would do is shout very loudly "If you can find anything of value I'll go 50/50 with you!"

Sportsman said:
I have seen it all now. If you keep that under your pillow, then I assume it is a replica.
Click to expand...

Just a heads up should anyone ever point a gun at you. A replica has to have REPLICA stamped on both sides of the barrel in large letters. If you look at it quickly you can tell if they are serious or not

Ha, ha. At night, schitting yourself with a gun pointed at you the last thing you think of is to ask if you can look at the side of the barrel to see if the gun is real. Wait a minute, I just need to get my glasses.

My missis in her curlers, that will get rid of the blighter.

kevin o connor said:
O.K let me add , intending to kill, I am not talking about Accidents while playing cowboys !
Click to expand...

Sportsman said:
I have seen it all now. If you keep that under your pillow, then I assume it is a replica.
We have people on here talking about dropping people, shooting them or even "slotting" them FFS.'I have had the privilege of living and working for several years with some proper warriors, not internet walter mitties and wannabees.
The guys I am referring to were ex Royal Marine commandos,Raiding Squadron and SBS. I am happy to say I still count some of them as close friends, at the time they were divers or rescue boat instructors.
In all of the time I spent with them, I never heard one of them use such language. They didn't need to.
Click to expand...

So what? I’ve also had the pleasure of serving along side ’warriors’ from most elite forces from many countries & haven’t that experience at all. Maybe they don’t mention it in front of you because they know it might upset you.Plus if you haven’t served they probably can’t be *rsed tbh.

Chervil said:
Kevin, we may both have been on opposite sides of the border in South Armagh in 86. Sorry I missed you ?
Click to expand...

Ours were all encrypted.

The Landlord said:
Remember when I was a young transport clerk in the offices at Unilever. One of the lorry drivers was telling us he got woken by a noise & as he walked onto his landing, a fella was climbing through the window. He was greeted with a haymaker to the chin & knocked out cold. When the police arrived, they said to Ken (lorry driver) "How did he end up like that?" Ken told them he'd chinned him. Proper old school copper said "I'll ask you again"....Ken said "He must have fell". Copper said "That'll do me"
Click to expand...

Many moons ago answered a call to a suspect detained at a burglary, by the time we got there, other units were on scene plus a chap outside, who was very unsteady on his feet. We went to get a quick statement from the home owner, which went something like "I came home saw that chap in my shed from my window, picked this up, which was some sort of spring loaded cosh, went into the shed and hit him around the head".
"So you're saying he picked up one of those chisels?"
"No I just hit him"
"After he picked up the chisel?"
" No, I hit him from behind"
"After he turned and threatened you with the chisel?"
"So what happened again?"
"I saw the bloke through the window went out and he threatened me with one of the chisels, so I defended myself"
"Brilliant, let's get that down".

On another occasion, the two very large sons, may, or may not have heard the address of their mother's boyfriend, who had decided to slap her around, over a police radio.
Last edited: Oct 1, 2020

genesis said:
Currently trying to by a 25 pound field gun and just waiting for the FAC approval
Click to expand...

Oooh, can I borrow it? There's a few mink at the lakes that need a boot up the jacksy.

Several years ago I caught someone nicking the power tools out of my van. Needless to say he was 're-educated' as to the rights and wrongs of borrowing tools without permission.
Half the police in Morley turned up and the nice PC prompted the answers he needed to hear.

They were fed up with the number of van thefts in the area and it was the first time someone had been caught in the act.
Unfortunately, the main 'witness' had disappeared just as they turned up

Remember a few years ago. We had a big black German Shepherd who was getting on a bit. Some scrotes got in through the front door & robbed my son's car keys. Wife heard them & shouted through the bedroom window & scared them off while they were trying his car. Bloody dog was snoring his head off on the bedroom floor.
Police came....cue half a ton of black wolf, charging down the stairs, barking at them. The copper looked at me incredulously, saying "Do tell me you're joking"
Oh the shame.

ukzero1 said:
They might get in, but getting away is another matter, the high powered .22 would slow them down and the red dot would make them think twice about getting back up.
Click to expand...

You could just hand him your rule book to read whilst waiting for the rossers!

kevin o connor said:
Can I ask a simple question ? How many people on here have actually fired a live round at a person in any circumstances ?
Click to expand...

Unfortunately yes and also been fired upon more than once.
The last time being some tw!t firing a.22 rimfire without a backstop, missing the rabbit and the round whilst losing velocity and dropping in its trajectory whizzed past my head and hit a tree a few feet behind me about a foot to the left.
The shooter was around 1/4 mile away and higher than me - I was fishing!
A sub sonic round passing your head is a sound you do not forget, this one was buzzing zzzzzzzzzump

Chervil said:
Ours were all encrypted.
Click to expand...

I know they were, but the special branch cops on both sides of the border could decode them. Anyway, nuff said ! You should have given me a wave !
Last edited: Oct 1, 2020

genesis said:
And I am under the impression it is illegal to break into someones house but it happens. So you keep your impression of all the guns in the UK locked up in a cabinet and then think about what some keep under there pillows for peace of mind. My mate has a shortened baseball bat under his but I much prefer this as a deterrent.

Used to keep a loaded browning replica bb gun (heavy metal rounds) with ten shot capability under bed.
It dawned on me I would go for head shot out of instinct if faced in dark by intruder and how would I know if it was a daughter sleep walking or guest (alcoholic night). A bb in the eye at close range can be fatal.
I sold gun and purchased two of these which if held correctly as a club with arm in L shape and torch body up level with your face, thumb operates on button blinding the intruder with an led blast then forward action allows torch body to act as a baton in one movement! 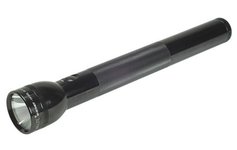 ukzero1 said:
Oooh, can I borrow it? There's a few mink at the lakes that need a boot up the jacksy.
Click to expand...

If you fired this there would be no lake.

Fading away into the New Year

My thoughts on the poppy