Wildlife crime officers from Humberside joined the Angling Trust and the Environment Agency in a crackdown on illegal fishing during the coarse close season.

Under the banner of Operation Clampdown, the Trust’s annual close season Police/EA/VBS partnership initiative now in its ninth year, a joint patrol was arranged and no fewer than eight Humberside police officers met with the EA Fisheries Enforcement Officer Bryan Seagroatt, local VBS volunteers, AT staff and our Building Bridges manager Janusz Kansik at Yaddlethorpe Ponds in Scunthorpe on Friday, 30th April.

Following a socially distanced briefing by Paul Thomas at the ponds in Yaddlethorpe, those present were split into smaller Covid-19 compliant teams and details of local waters in and around the river Ancholme in Brigg and other waters further afield were allocated before the patrol began in earnest. 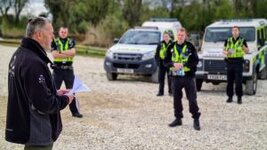 Throughout this organised day of action, thankfully only one angler was reported for summons for fishing without a valid rod licence. Perhaps more importantly, members of the general public approached the patrolling officers to express their gratitude for the work being done to protect the rural environment and, in some cases, to provide useful information about what they had previously seen and where so that more pieces of the vitally important intelligence jigsaw could be put into place. 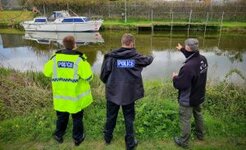 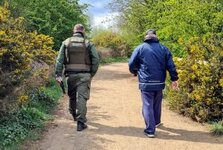 Plans for further joint patrols in the Humberside area are already in the diary and it is hoped that the regular sight of wildlife crime officers, our voluntary bailiffs and EA staff at the water’s edge will deter those who choose to break the rules whilst offering re-assurance to the local angling community that there are dedicated officers tasked with caring for the rural landscape and the fish and wildlife therein.

Paul Thomas said: “I am committed to tackling illegal fishing and fish theft in and around Humberside along w ith our valued enforcement partners from Humberside Police and the EA. The value of these joint patrols to the local rural communities and the local angling communities cannot be underestimated.”

He added: “A valid Environment Agency rod licence is relatively inexpensive and can be tailored to suit a variety of circumstances, be it a single-day licence, an 8-day licence or a licence to cover a full 365 days from date of purchase, and there is no excuse for fishing whilst not in possession of an appropriate rod licence. Those so called anglers who choose not to play by the rules are bleeding our sport dry.” 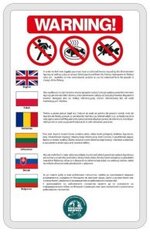 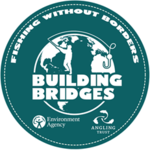 Similar Operation Clampdown 9 patrols have already been carried out in other areas of the East of England with further patrols already organised for the coming weeks so, to be sure of not being caught out, don’t forget there’s only one place you need to buy your Environment Agency licence – www.gov.uk