My daughter in Spain lives in a mountain village and earlier today was driving down a small mountain road when something happened to the car. She managed to get the car off the road and opened the bonnet, to hear a kitten screaming in distress. It ha obviously climbed into the engine bay for warmth.
It seemed to be trapped somewhere in front of the engine.
The mechanic that she normally uses declined to help, so I phoned a German friend who has a garage locally, but he was busy and couldn't make it for 3 hours. With the temp approaching 40', Jo couldn't wait with the car so she phoned a friend to run her home.
Eventually Sven came to pick her up and take her back to the car. Surprisingly, the kitten was still alive and screaming, she expected that it would have died.
Sven started dismantling what he could to reach the kitten, but could not free it. By now, both Sven and Jo were getting seriously upset. Jo phoned me and asked me to call a local vet to come up to the scene and euthanise the poor thing, but they declined. I tried 2 other vets and a supposed emergency number, but both vets were too busy and the emergency number went unanswered.
Eventually, Sven made the decision to remove it and applied sufficient force to get it out. Once it was out and they could see it, it was obvious that it was badly hurt and in pain, so Jo ended its life with a blow from a tool from Sven's toolbox.
She was sobbing on the phone as she described what she had done and all I could say was that I was proud of her for doing the right thing
She is back home now, but I am sure it will be a rough night for her. It is so hard, trying to support her from a distance.

It will be hard for her, but she did the right thing, the vet would probably have done the same thing, in the meantime the kitten would have suffered even longer before the vet got there. If it was my girl, I'd be very proud of her.

The industrial unit I used to work out of is next to a bus companies repair centre. I’ve lost count of the cats and kittens that have met their end to the fan blades of the cooling systems when one of their drivers have started a bus. Especially in winter as the cats would often climb into the engine bay to keep warm.

Id be proud of your daughter. She did the right thing by the kitten.

Before I got married I lived in the big family house in south London. One night we all got woken up by loud voices out in the street. My Dad pulled on his dressing gown and went down to see what all the fuss was about: a cat has been hit by a car outside our house and all the neighbours and the car driver are arguing about who fault it was and what do we do next?
Dad took a look at the cat and realised it was beyond redemption: he said nothing but went to our garden shed and came back with a sack and a shovel. Whilst everyone in the street was still jabbering, he laid the sack over the the cat and gave it a hefty whack with the shovel.
The neighbours looked on, horrified: Dad told them all to "Go home, it's over".
When the crowd dispersed I put poor old moggie into the sack and we buried her in the back garden.
This happened over 50 years ago and I still remember it, clear as day:
Sometimes you have to be cruel to be kind.

Brave girl, it will stay with her for a long time but she's done the right thing.

She did her best for the kitten an did the right thing. Well done.

ukzero1 said:
It will be hard for her, but she did the right thing, the vet would probably have done the same thing, in the meantime the kitten would have suffered even longer before the vet got there. If it was my girl, I'd be very proud of her.
Click to expand... 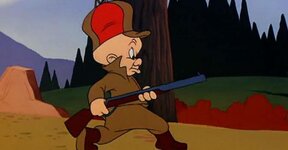 When I was a lad there was a knock on our door one night and the local bobby stood there,he asked for my older brother,which wasn't that unusual by the way ! when he came to the door the bobby said "come with me Derek and bring your gun and cartridges" my brother said "I haven't got a gun","don't mess me about Derek I know you have there's a dog been run over and it needs putting down" off they went,dog got put down and never a word about the unlicenced shotgun,proper local policing to my mind,the bobby knew my brother did a bit of poaching but back then they knew just about everything that went on in the village as they walked or rode their bikes round it.

Many years ago a cat of ours was horribly injured when it was run over. I had to administer euthanasia with a hammer. I know it was the kindest and in fact the only thing to do. I still remember it vividly. But I know I did the right thing. Tell her to follow her logic. Time will heal her heart.

Thanks for your kind words.
She is sensible about such things and brought up with her dad skinning rabbits etc and plucking and eating birds that I had shot, legally or otherwise, so she is not too delicate. Even so, it was a horrible thing to have to do, particularly for a cat lover.

It's a Hospital Car Park For Crying Out Loud - Literally
2