Do you think that the Holocaust and the results of it (such as the state of Israel) are adequately covered in media and education?

we celebrate some things (eg. queens birthday)
We commemorate some things - perhaps as a "deliverance" (eg. VE Day, Dunkirk, D-Day)
And we have the annual rememberance "never forget, never again"

Do you think that UK or any of the constituent nations should add any historic events as a regular thing so that we don't forget as the people who actually experienced it grow old and pass away? Or would it become too crowded and dilute the impact?

It's a difficult one as it is so emotive, but in terms of the education side of it, our whole school were invited to join (and many did) a live broadcast from the Holocaust Memorial Centre this morning to listen to a survivor speaking. I don't know how widespread this type of thing has been?

There are so many things that you could argue should be remembered that it would be hard to choose which ones should, where do you draw the lines? Maybe what we could have is something like a Memorial Day, which was totally separate from Armistice and is about remembering other events.

I remember watching clips from the 9 hour documentary, Shoah, at school. I since watched that myself having got very into German films, including the propaganda ones, and High German Romanticism etc later on as an attempt to broaden my understanding of WW2. In fact, I have heard people from my school say we did too much on WW2 and not enough on colonialism. I don't think I see much in the media about this day though, which leads me to believe it could be covered more.

I’m not sure really, I think it is covered fairly well but maybe not as well as others

One things for sure (bit of a rant coming) is that the Jews cop a lot more unjust flack without recourse just generally in society than any other ethnicity, seems it can be got away with because they are white and not downtrodden which is totally wrong. Has always bugged me that. The amount of stuff I’ve heard said to and about Jews that would be considered racist to any other groups is appalling really. Not necessarily because the stuff said is always particularly bad but it is bad that it’s seemingly one rule towards them and another towards others.

As for other historical stuff it’s not really a historical event but I think St. George’s day should be celebrated a lot more like the saints days are elsewhere. For some reason Patriotism in England is almost considered undesirable.

Silverfisher said:
I think St. George’s day should be celebrated a lot more like the saints days are elsewhere.
For some reason Patriotism in England is almost considered undesirable.
Click to expand...

I've often said that (yes, me, Mr Remoaner). I find it really odd that you can actively celebrate St David's. St Andrew's and St Patrick's Days with pride, and that St Patrick's Day is often celebrated significantly (courtesy of Guinness?) in England.

I think it probably comes down to the fact that St George's cross has become the poster-child of groups like the EDL, and perhaps football hooliganism in times gone by, and that as a result there is too much of a blurred line for a lot of people between English patriotism vs thuggery/racism.

Yuccaman said:
I've often said that (yes, me, Mr Remoaner). I find it really odd that you can actively celebrate St David's. St Andrew's and St Patrick's Days with pride, and that St Patrick's Day is often celebrated significantly (courtesy of Guinness?) in England.

I think it probably comes down to the fact that St George's cross has become the poster-child of groups like the EDL, and perhaps football hooliganism in times gone by, and that as a result there is too much of a blurred line for a lot of people between English patriotism vs thuggery/racism.
Click to expand...

Is ridiculous isn't it. Just because it's been appropriated by a minority of thugs and hooligans it doesn't mean the rest of us in the majority shouldn't be respectfully patriotic and celebrate being English. Is weird how we can be proudly English when it comes to sport and I guess our physical land but when it comes to day to day life it's hardly acknowledged.

I think the thing that is really hard is that you can imagine if there was a St George's Day Bank Holiday for example, you could see every major town and city ending up with a collection of idiots ruining it in every single one. Rather than a celebration of what's great about England, it would so easily get hijacked.

Probably would be the case if it started now tbf. Had it been a tradition that had gone on for years like the others it probably would have been fine but may well be too late now. Is a shame though that we have to miss out on something that is celebrated just about everywhere else in the world.

People of my dads generation seem to still hold a bit of a grudge so to speak against Germans, maybe grudge is a strong word but he laughed at me for watching German films.
2

It is impossible to comprehend how mankind could be so cruel to fellow humans irrespective of race, religion, rich or poor, young or old.

And yet there was nothing remarkable about the German people or the collaborators across the continent
As Silverfisher pointed out, Jewish people are constantly subjected to insults and a lot worse ... and have been for centuries.
The school that I attended had a large percentage of Jewish pupils, so i was fully aware of the Shoah early in life. what always surprises me is how many non-Jewish people were also killed by the Nazis.

I have read about Hitlers plans for Latin America, they actually had them drawn out. I asked the GCHQ historian about them on Twitter once. But a lot of Slavs, Catholics, Romas, even people with disabilities where targeted.

There’s little doubt that the Holocaust shaped Israel’s stance & attitude in the World today. They don’t take any rubbish from anybody & care little for World opinion. I served with quite a few Israeli soldiers & they were fine troops in any situation - including the women. If discussion touched on WW2 they appeared almost ashamed of how many Jewish people meekly walked to their deaths - their words not mine. That’s why the Israeli military are so focussed & bloody good at their job & have, probably, the best & most ruthless Secret Service on the planet. 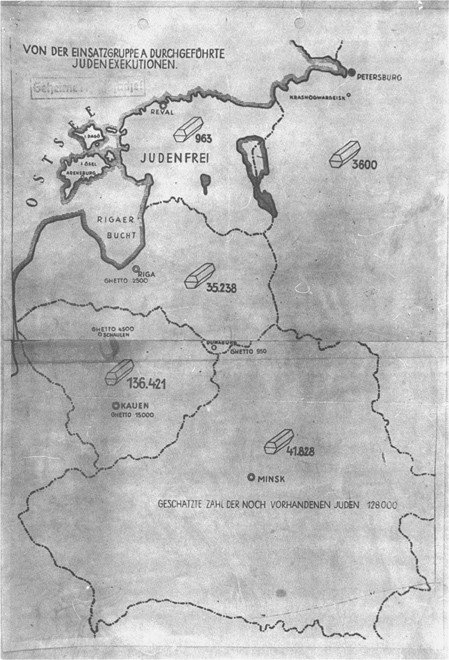 Documenting Numbers of Victims of the Holocaust and Nazi Persecution

The Holocaust is the best documented case of genocide. Despite this, calculating the numbers of individuals who were killed as the result of Nazi policies is an impossible task.

What was the best day of your Life?
2