A few weeks ago I told how I was coming off Tramadol after 10 years. That process is now finished and I now no longer use Tramadol, or any substitute for it. An interesting side effect of that is that now, I can drink alcohol again.
I gave up drinking when I was started on Tramadol, as the two substances don't go well together, at least for me anyway.
Now, I have always enjoyed a drink, in fact, in the 1980s I developed a bit of a problem with it. The situation where one drink was too many and two drinks were not enough. I still enjoyed a drink in the 90s, but I was not binge drinking, so it was under better control. I stopped in 2010 and TBH I don't want to replace one dangerous drug, Tramadol, with another dangerous drug, Alcohol, so I have no intention of getting after it, like I used to. For the last couple of evenings I have enjoyed having a just a single drink
Last night was some very good Normandy cider, the two nights before, some classic bottled Guiness.
I make a sort of a special occasion of it; right glass, right temperature, carefully poured and relished. I have no desire to feel drunk, but damn, that tastes good at the end of a hot day (43' today)
If you were limiting yourself to one glass of something at the end of the day, I am open to suggestions
Please don't suggest Whisky, single malt or otherwise, the smell makes me puke

A nice golden ale every time, almost always lovely. Or a pale ale but a proper pale ale not an amber like some ales marketed as pale ale actually are as they don’t tend to taste of much.

TT landlord is a fine example of a golden/pale type ale ??

I like a big bottle of Hoegaarden (wheat beer) but it's an acquired taste and I usually just go to my brother in laws if I want a selection of a nice craft ale, he usually has some good ones, usually some Hoegaarden alternatives, proper Bavarian Weißbier. It's meant to be good for the gut.

In this hot weather I've been treating myself to the odd Margarita.

My recipe:
Mix 75ml Golden Tequila, 30ml Triple Sec, 35ml Lime Juice.
Wet rim of glass with drink mix and dip in salt.
Fill glass with rough-crushed ice.
Pour drink mix over ice.
Add a lime wedge if desired.
Heaven!
...Its a pretty hefty jolt. So don't have a second one in a hurry! 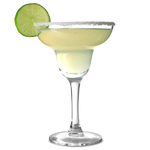 Crabbies alcoholic ginger beer, with loads of ice.
Very nice, but 1 is enough

If I was limited to one on a summers evening it would be a nice cold Henry Westons oak aged vintage cider. In winter a Guinness foreign extra stout or a strong porter.
J

Pint of real scrumpy straight from the farm

In my yoof back in the 1970's Ind Coope Burton Ale along with Greene King Abbot, Courage Directors, Fullers ESB, Youngs Special and King and Barnes Festive were the "heavyweight" beers and all damned fine too!

Summer lightning for ale, corona with lime ice cold in the bottle for larger, Hendricks gin fever tree tonic with a stick of cucumber and ice, that's the snob in me taken care of. Guninnes n port depthcharge ! Followed by Jack n coke ice if there is mission on. But these days I don't drink very much so prob just a summer lightning.
D

Farmer’s Blonde from the Bradfield brewery. But I’ve also got a soft spot for Keo... bizarre really cos the love of the Bradfield stuff is a possibly a link to my roots and the Keo is maybe a link to the wife’s

In my drinking days I liked Ridley's IPA (a local beer) Greene king, Adnams from the Sole Bay brewery in Suffolk and Wadworths 6X from Wiltshire, it was often a guest beer from my local.
I was also fond of several (all right, many) pints of Tolly Cobbold brown and mild, preferably in the Fox at Hollesly, when we were fishing the nearby beaches at codling time
Happy days and nights on occasion.
I doubt I could finish two pints now.
D

Years back me and the missis had a long weekend in Southwold, the sole bay pub had southwold bitter simply barrowed from
the brewery across the road, it was superb and been a fan of it ever since. The purists may scoff but tinned southwold is in my
opinion one of the best of the mass produced beers.
Y

Nice glass of cold milk. Straight out of the cow, chilled and none of the goodness taken out of it.