Well after a weekend down on the coast (for bit of fishing but mostly drinking and eating!) I took a day off to have another go on the Thames as got to make the most of the summer whilst it’s here especially as the fishing has been very consistently good this season. Given we’ve still had very little rain I was still on the sandford old channel to take advantage of its constant bit of colour and flow although the latter has all but gone now. Weather wise it turned out a pretty ideal fishing day with a light upstream southerly, overcast skies and temperatures in the low 20s. However the forecast stitched us up a treat as it said it was meant to drizzle virtually all day when in reality it did cumulatively for about half an hour. That is of course mostly a good thing but the forecast had lead to the swim for the day being one under a canopy of willows for shelter that I fished for the first time at the end of last month. Those willows whilst good for keeping you dry hence why it wa todays chive also make casting incredibly awkward which I knew would hamper the catch rate but I thought worth it to be dry although had I known it would hardly rain it would have been the last place I’d have chosen! Reason being that whilst it was awkward last session as well the river then was at least still in decent nick so even a miss placed cast landed in some flow whereas now anything but a near perfect cast (of which with the canopy and my ability meant there wasn’t that many of those) landed in almost completely slack fairly unproductive water. As such was almost willing it to rain to justify sitting there as it definitely reduced the catch rate but as this stretch is just so good it still turned out a decent day.

Started fishing just before 8.30 on waggler and maggot but gave it even fewer minutes of inevitable bleak than usual before switching to hemp as didn’t want to waste too much time as I knew I’d lose loads to ballsed up casts courtesy of the willows. Was a fairly slow first couple hours whilst I struggled away to reach what little flow was left before abating and changing to a bigger float as would usually have one on the other rod but was no room for that longer rod under the canopy. That made things a bit easier and whilst I was too far behind at that point to catch up to the sort of overall catch rate I’ve had over the last 6 weeks or so I did then catch roach consistently until packing up just after 3.30. Ended up with 65 roach, 8 dace, 8 silver bream, about 10 bleak and a single chublet so as I say down on catch rate compared to recent weeks but I was actually pretty happy with it as I’m sure were it not for the awkwardness of the canopy I’d have caught 10-15 more roach and a few other bits and bobs which I’d have been well happy with in any swim let alone one I’d only fished once before. As it was back to a full length session today for the first time since last month after a few shorter sessions this month I was back on the tinned thus proper sized hemp. This meant whilst the stamp still wasn’t particularly good and netters fairly occasional as has been the theme this season it was certainly more like it was when I last used proper sized hemp on the proper length sessions last month rather than the short ones this month with far fewer really small fish than in the last fortnight or so. As such reckon I’d have had over a dozen pounds of roach alone and over a stone with the other fish added even if probably a handful more roach short of the 15lb mark. So I reckon a good bag given the condition of the river and awkwardness of the swim as definitely would have caught a fair bit more in a more open swim even with the lack of flow so all in was another good session.

Tackle wise as I said was no room for the 14ft rod today so set up was just the 13ft drennan acolyte ultra float rod paired with a 2500 shimano sahara RD reel loaded with 3lb maxima. This was initially to a 1.5g drennan loaded crystal insert waggler but I changed to a 2g a couple hours in/ too late as I’m sure doing that from the start would have been worth at least another handful of roach as it did make skimming the rig out under canopy a bit easier. Then had the usual size 18 to 2lb drennan silverfish hook to nylon below the usual strung out shot set a little off bottom so in what was comfortably under 5ft of water at the range I could reach with any degree of consistency. Beyond the initial handful of bleak on single red maggot hook bait for virtually all the fish was hemp save for a few on fjuka micros in natural colour which didn’t proved as effect for the roach or as bleak proof as the black version I tried last season. Loose feed was just hemp over an initial few balls of dynamite silver x roach super black groundbait stuffed with hemp and maggots and I then only topped up with that once in the last half hour really just to use it up and because the stamp was shrinking at the point so thought it worth a go.

My grandad was with me again and whilst his back is slowly improving he still didn’t fancy float fishing in the awkward swim so was still sat on the typical for summer unproductive feeder. He fished corn all day to avoid the bleak and tbf what he lacked in numbers in that he had probably a quarter of the number of roach I did he made up for in size as his stamp was probably double mine. In addition to the roach and a couple bleak he also had the fish of the session coming in the form of bream of about 3.5lb so probably had about 7lb all in so not bad for only about 20 fish.

All in all whilst a bit frustrating that the catch rate was hampered a bit by us sitting in such an awkward swim for essentially no reason given how little rain there was compared to the forecast I still had a good bag so was another good day all round. Really has been very consistently good fishing on this stretch this season which is just as well as wouldn’t fancy my chances were in many other stretches at the moment with the lack of rain. Good to have found another productive swim to go with my favourite two on this stretch as well. It seems every other swim on this stretch is good which is a pretty good average if you ask me! Next session though which will be Saturday I think will be somewhere completely new. Reason being is it looks like we’ll have a northerly breeze and just about every stretch I usually fish that’s any good needs a southerly or westerly breeze to be upstream or off your back and I’ve yet to find any decent stretches for a northerly but have one in mind to try. So should be somewhere new to see in a report then unless the wind swings round in the week then I’ll probably be back on the old channel. Will return here start of next month for another go in my favourite swim that’s for sure though as after nearly a month away I’m itching to get back there now.

Just pic of the swim ahead and a selection of roach today as would have got a picture of Grandads bream but he put it back before I had the chance as he wanted to get straight back out in case it had a hungry mate or two! 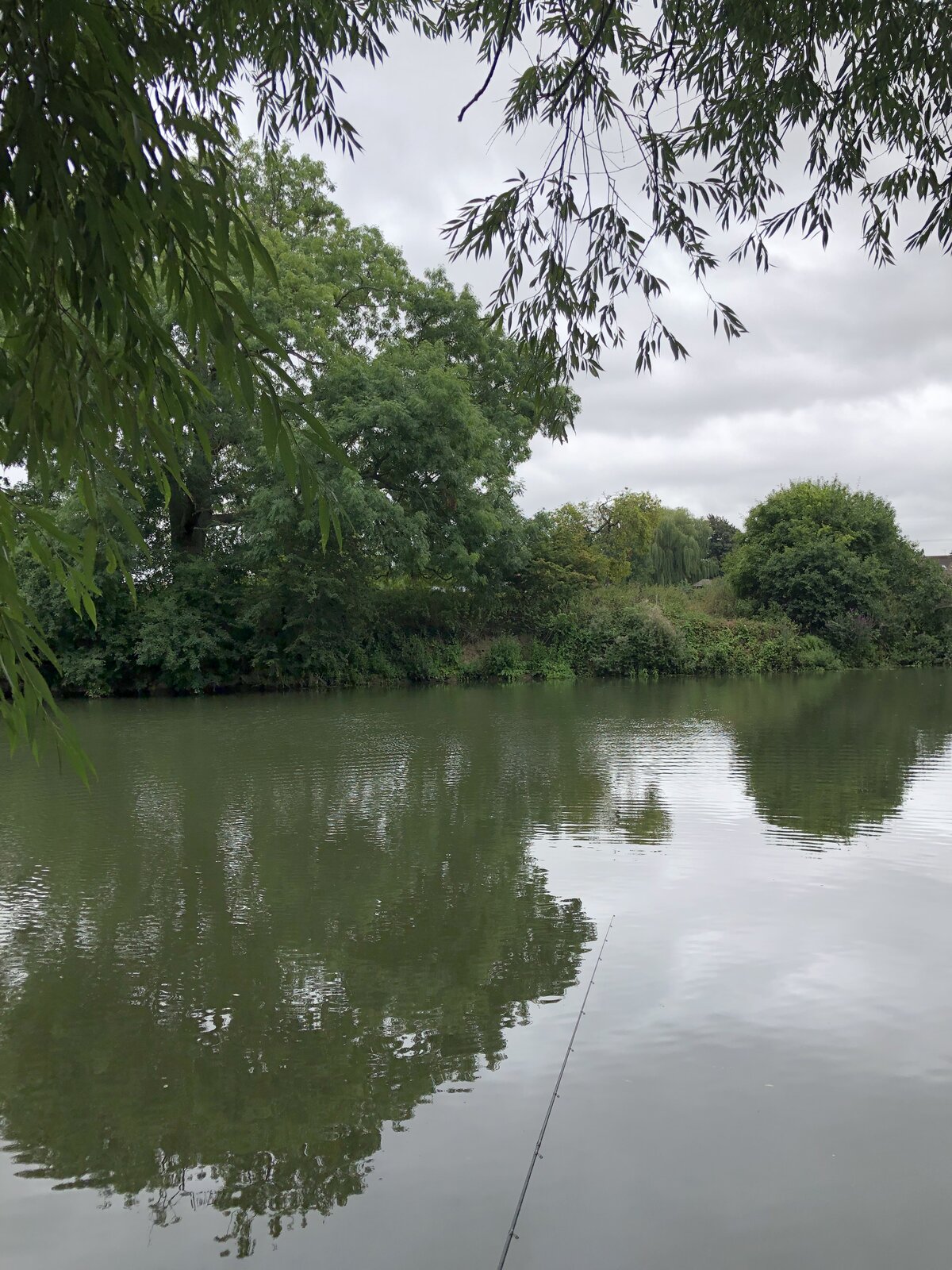 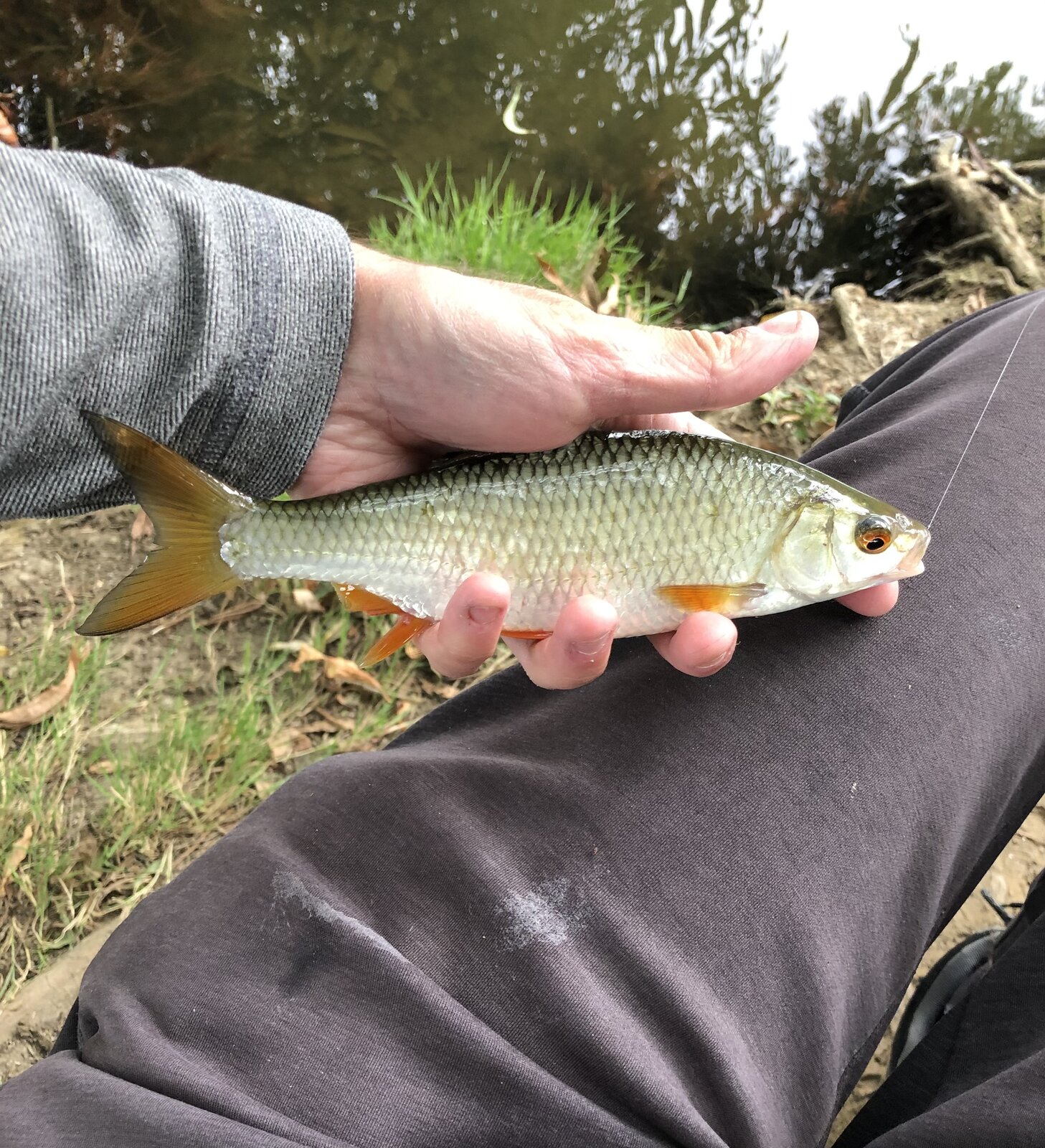 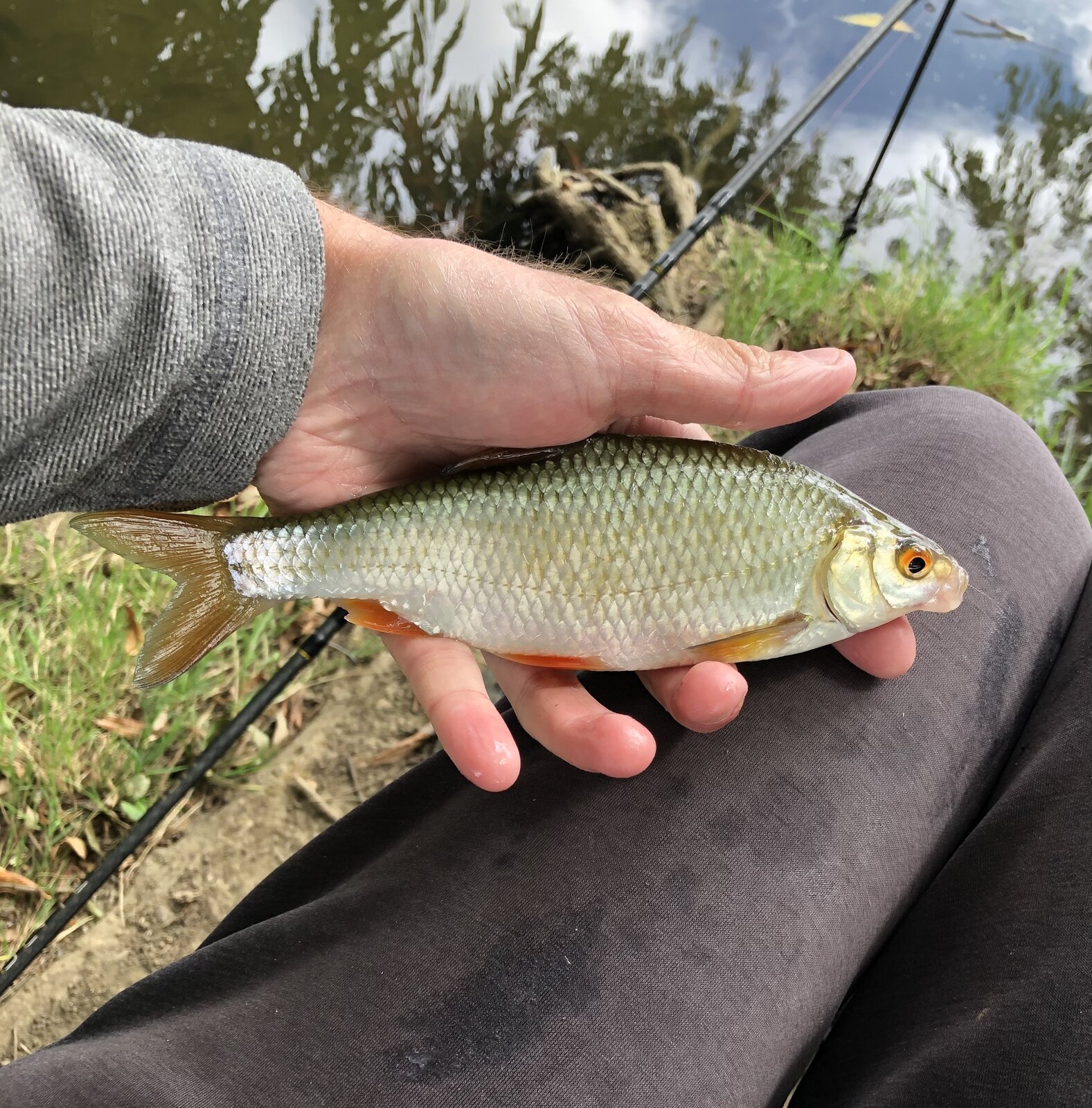 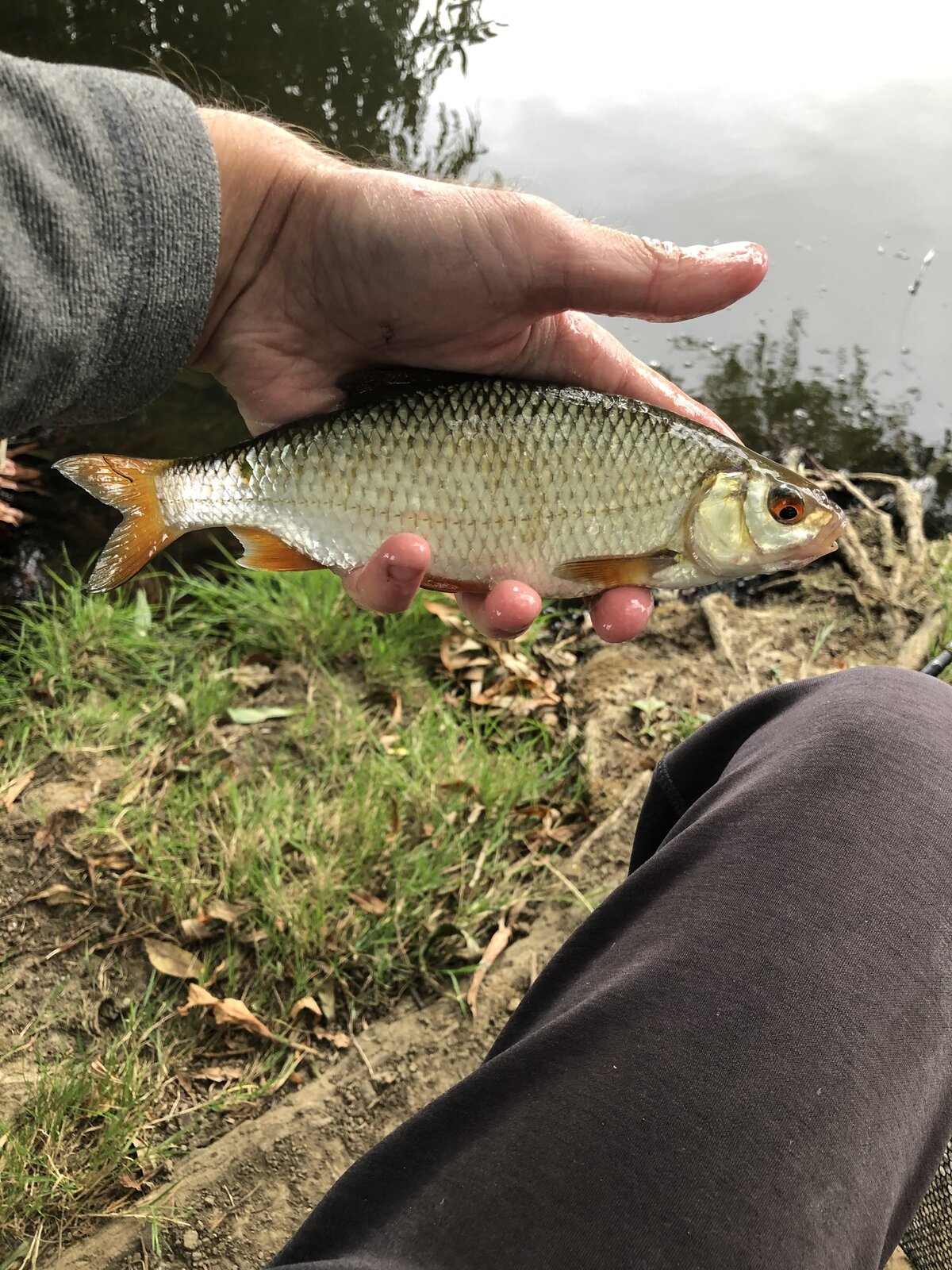 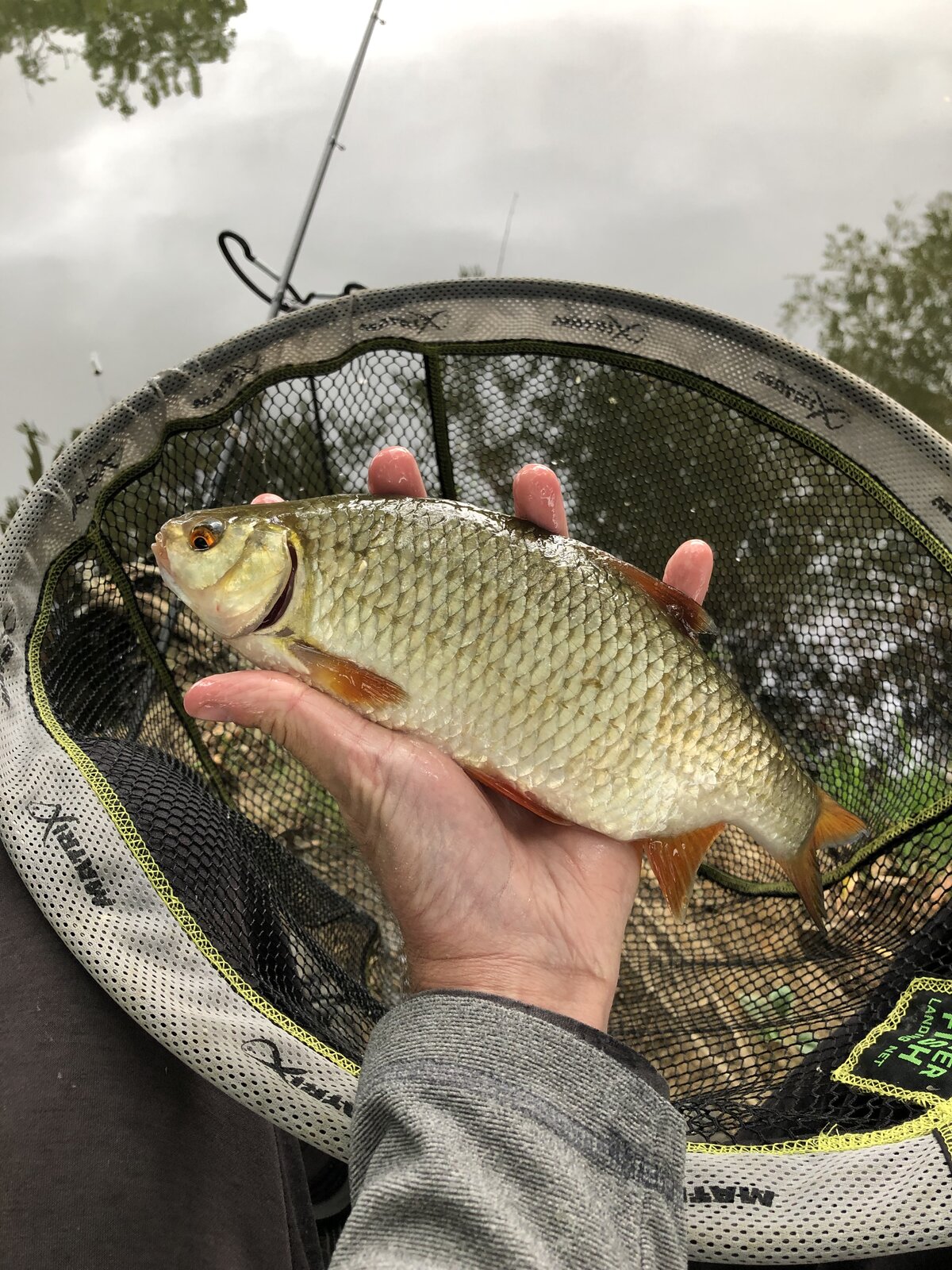 Sounds like a decent session despite the cramped swim. The roach look in fine fettle.

qtaran111 said:
Sounds like a decent session despite the cramped swim. The roach look in fine fettle.
Click to expand...

It was indeed mate thanks

And yes they’re in very good nick on this stretch. Probably because it’s never match fished as only about 10 swims at a push so doubt they end up being caught that often by anyone but a smattering of us roach pleasure anglers and probably very rarely end up in keepnets.

Great write up and some lovely roach

Mike_Globe said:
Great write up and some lovely roach