I think this is a Goldfish I caught today? Interesting colour anyway, but also terribly plump! It weighed 2lb 9oz, thought it might have been bigger given the lump of a belly. My uncle reckoned it might have a 'haemorrhage' as he reckoned his cousin had some Koi and one of them had similar, anyone confirm? Cheers. 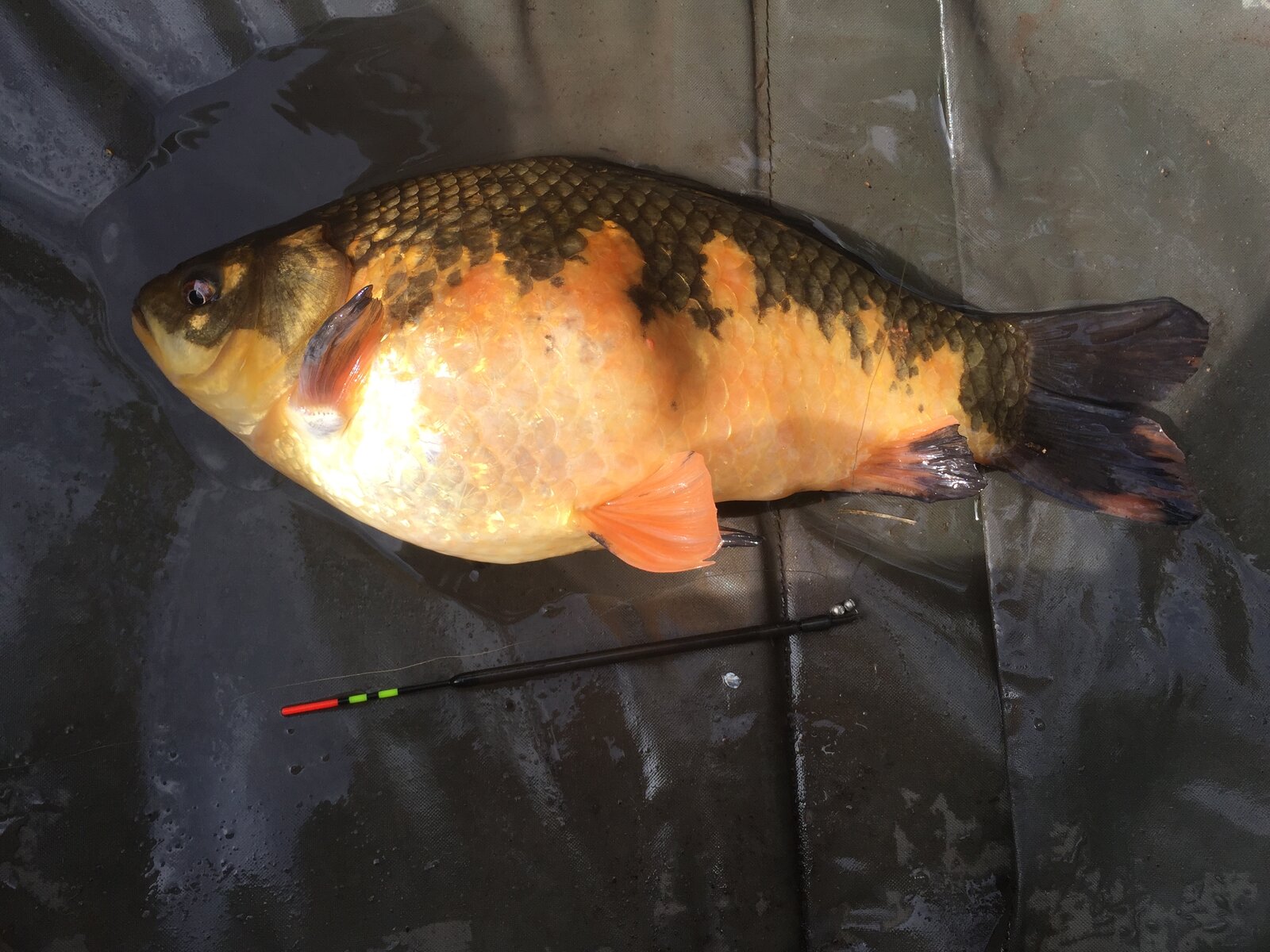 This one turned up in the canal a couple of months ago. It wasn’t hard to spot cruising in the clear shallow water.

Don’tTellEmYourName said:
This one turned up in the canal a couple of months ago. It wasn’t hard to spot cruising in the clear shallow water.
Click to expand...

Yours looks like a ghost/albino leather. As for Zerkalo’s who knows. Looks like a crucian x koi to me

I recall it was almost ‘cod like’ to handle unlike a course fish.

Zerkalo's looks like a standard goldfish, I've had a few two tone ones and seen them 'turn' in the garden pond, it would have been gold but is returning to it's natural colour probably as a survival instinct. A small river near me used to have goldfish dumped from the fair each year and they soon turned camo, it was either that or be heron fodder. As for the bulge, goldfish have to be the fattest things going, once again caught a few like that and seen them first hand in garden pond. Chunky little blighters some of them are wide as they are deep as they are long.
G

The fish in the second photo has a form of albino called leucism as there is still the regular eye colour, there were/are fish in the aquarium trade bred like this also, I'm no expert on our native fish but it looks like a leather carp with leucism to me.

I told the owner I had 3 Goldfish last time I went and he said they're not pure Goldfish but hybrids. Something along the lines of they don't have the big tail.

Have a few in the garden. Goldfish mate, looks like it enjoys fatty pellets. Lol

What species would you call this? Goldfish?

From One Extreme to Another