anyone got a favourite picture they have taken while out fishing?

mine probably has to be this one i took early last year at linear fisheries while in 4inches of snow. 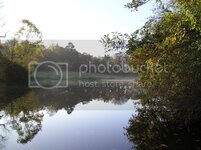 this was one of about 30 from a 3 day session on my favourite pit in kent. just before sunrise my vote goes to hemphead no 1 pic, cracking mate![:T]
P

How do you get pictures on?
Tried attaching but it says 'invalid string' [:H]
Click to expand...

it's the file name it may have invalid characters,
rename pic to something simple like
lake.jpg or river.jpg

Two different ends of the day...


And a few years back, Sunset having spent a day blanking on Rutland Water... 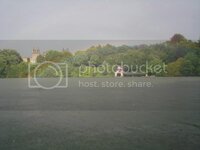 ive only taken a handful of pics, since i started fishing a few months ago My companion for a weekend last year, i think he heeds to lay of the sweetcorn for a while 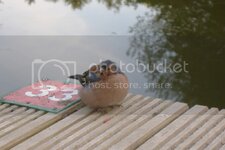 Me and the lads, my youngest who was 6 at the time pestered me to let him use sweetcorn because his brother had just had a 10lb carp from the margin using it. After explaining to him that he was fishing mid depth using maggot for silvers and would struggle with sweetcorn he gave me the puppy dog eyes. On went a bit of corn and look at what he caught 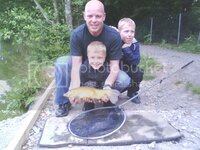 Did a session on the beach friday night, managed to snap this up.

lovely nite that there was batman, an how weird was the sea when it went dark ........green flashing waves[]