Alleged underage sex offence has been posted on other forums

Our first silverware for years 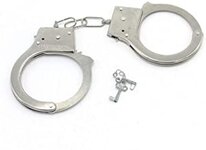 Toffees fans hear they are signing 2 wingers, 1 from Palace, the other from Leverkeusen
Expecting Zaha & Bailey, get Townsend & Gray

Toffees fans hear they are signing 2 wingers, 1 from Palace, the other from Leverkeusen
Expecting Zaha & Bailey, get Townsend & Gray

More frustrating than anything.
There is talent there, in fact one of his best pieces of play was against your lot, ran the length of the pitch doing one 2's around your players, lovely goal.

However, after 4 years we were still awaiting the potential to be fulfilled.

He'd come off the bench and perform great for 10 -1 5 minutes, earning a start for the next game.
Alas, he then showed why he was only on the bench.

I spoke to a Brum fan just after we bought him, they were excited to see how he would get on.
Maybe the Championship is his level.

I wish him well, and maybe Rafa is the man, but he played under 4 managers here, Leverkeusen had him for 6 months and got rid.

Some of our fans will think he'll be back in the championship by the end of the season on loan.

I hope he proves them wrong.
Also, put money on him scoring against us when we play you, we have a very charitable side for ex players!

Do We Already Have a Superleague?

Tottenham Managers, Was I, Am I wrong?
2