In the right hands they are great. Unfortunately I only see chavs on them round here
I would get one for work (4mile round trip) but until the law changes I’ll wait
D

Slightly off topic, but I was in London a couple of weeks ago, and saw a youth on roller skates, in the traffic lane. He was keeping up with all the traffic, and when the lights went to red, he casually went to the front and was doing circles like an ice dancer as he waited for the green light. Well when the amber light came on, he was gone like a flash like an Olympian, leaving the cars etc well behind. Mind you maybe they'd be scraping him off the tarmac, in a mile or two.

They work in places like Copenhagen where they have a proper cycling infrastructure and even there, cyclists generally dislike them, or at least the ones I've talked to do. In the UK, it's just asking for trouble. Our towns and cities are just not designed around bikes and riding on our roads is flat out dangerous.

In Denmark, almost without exception, every single road has dedicated and physically seperated cycle lanes in both directions complete with road markings, traffic lights and pedestrian crossings. The UK mostly has painted lines squished onto an already narrow single carriageway. Also, roads in Denmark are far higher quality than the UK. Virtually no pot holes, smooth tarmac with no bumpiness at all 99% of the time. All of that stuff matters when talking about e-scooters.

Even in Copenhagen, a lot of the rental scooters end up in the canal, so London would be far worse.

The investment needed to change the situation in the UK would be utterly enormous and in places like London, probably impossible anyway due to the size of the carriageways.

It's pretty much a none starter as a legal mode of transport in my view, just far too dangerous, although a few people will have to be sacrificial lambs until the powers that be reach such a logical conclusion, as usual.

There is another major difference in Denmark vs. UK. In Denmark, if a car and bicycle collide, it is ALWAYS the car drivers fault. As such, drivers are generally extremely careful. Plus theres the lifetime familiarity of constantly having bikes around in the bike lanes.

We have them here in corby
Just read this on local news before coming on MDs and seeing this thread! 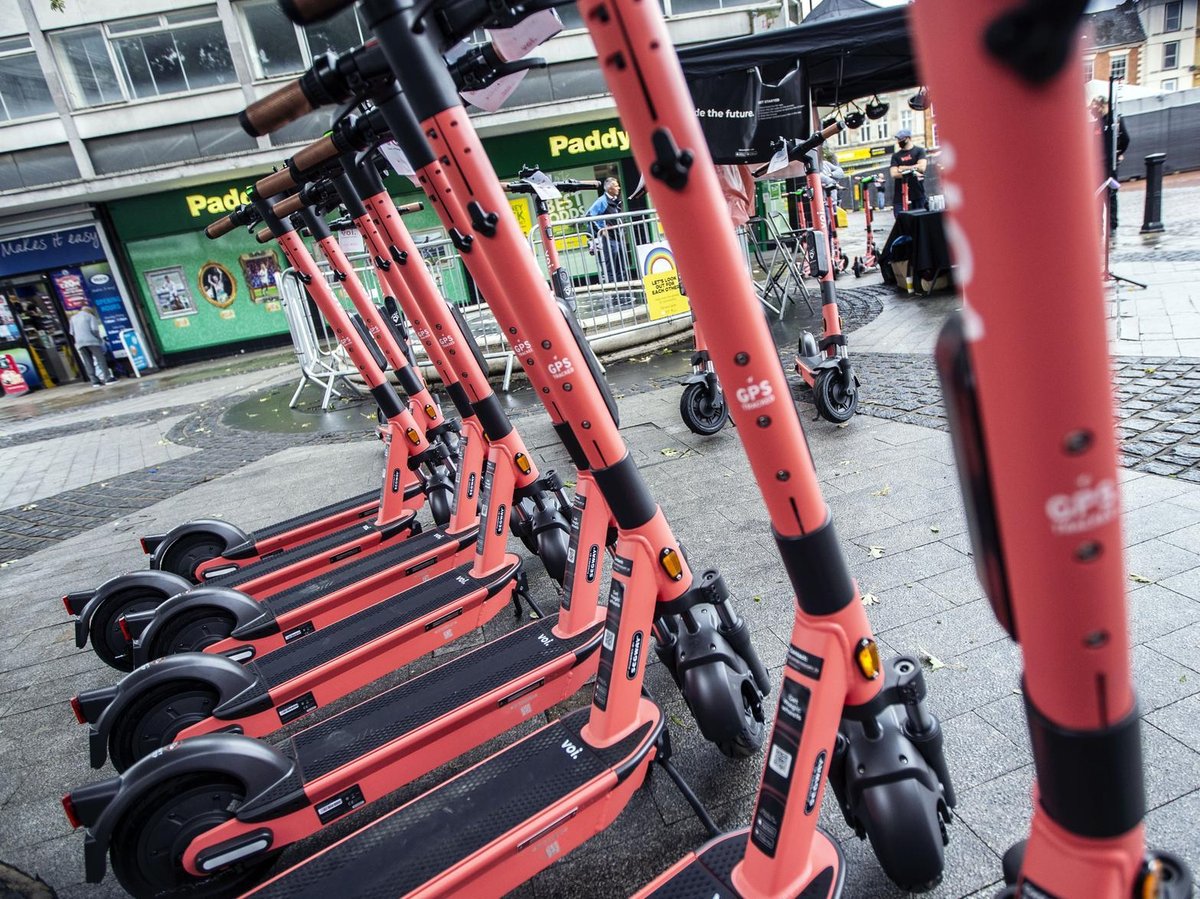 Accused, 30, was twice over the limit when stopped by police

When I say for 'green motives' it's more than likely the council cashing in.

It makes you wonder what's next, I'm far from a luddite, but probably those hoverboards from Back to the Future.

Zerkalo said:
When I say for 'green motives' it's more than likely the council cashing in.

It makes you wonder what's next, I'm far from a luddite, but probably those hoverboards from Back to the Future.
Click to expand...

Personal jet packs. If they didn't cost so much, I'd happily strap them to a few of the local chavs and let them have at it.
S

saw a couple of builder/fitter types wizz on them to site on them ,hard hats and viz with a back pack, bloody good idea when parking in cities is expensive and hard to come by,park out of town and jump on a rental and potter to site..

This wasn’t far away from where I live, the roads around that roundabout are 40 or 50mph, hardly suitable for escooters. 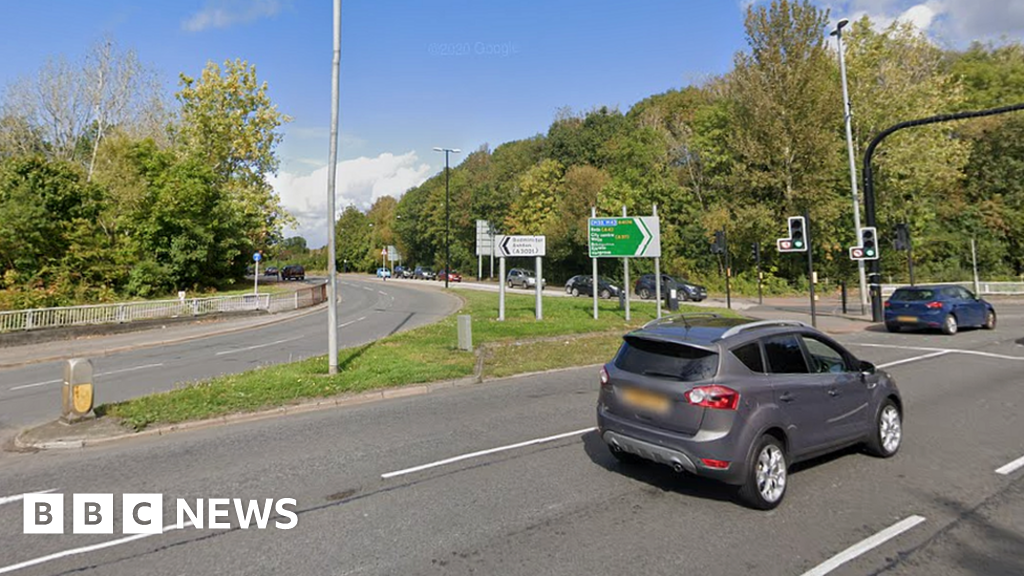 The woman was hurt after a collision involving a car in south Bristol on Tuesday evening.
www.bbc.co.uk

I’ve seen them laid on pavements in Scunthorpe. Not good if you are partially sited or wheelchair bound is it ?

tipitinmick said:
I’ve seen them laid on pavements in Scunthorpe. Not good if you are partially sited or wheelchair bound is it ?
Click to expand...

I have an Electric Bike i use the cycle lanes ,i get passed by the lycra clad on racing bikes
but catch em up on the hills ,they are standing up to climb the hills ,i just have to pedal slow and bike pushes me along

Seen 2 students on them in Newcastle going down a path then just dumped them at a traffic crossing. Rest of people had to just walk around them.
Also

Man dies after colliding with fence on e-scooter

A MAN has died after an e-scooter crashed into a metal fence on a footpath at the Falmer railway station.

Used sensibly and responsibly they should be ok, me and my daughter work together but she doesnt drive so can only work when I do. It would be ideal for her to get to and from on days I dont work until she passes her driving test.

Robwooly said:
Seems pretty unfair that personal ones are illegal yet councils can rent them out and make money.

Especially if you get knocked over you are unlikely to differentiate between personal and council endorsed ones
Click to expand...

The legalised rentals are a trial. Probably run by companies not councils. The results of the trial will determine if and how this mode of transport gets the green light.

not for me wouldn't get all my fishing gear on . wasn't there a guy on that pants sas program who bought his girlfriend one and she got killed on it

Most appear limited to 15mph, which is the legal limit at the moment. But I suspect a fair few have been 'adapted'.

This thread got me thinking so I looked a few up, while 15mph is supposed to be the recommended top speed, I've seen a few for sale with advertised speeds of 40mph, and the very fastest at 46mph not sure I would want to be going 40+ mph on 8 or 10 inch wheels no lid or body armor. Can see why there becoming a problem. Luckily so far I've not seen one in rural Dorset yet !
D

The reason the rental one are legal is there insured one dose damage or injury rental co or their insurers pay !

we them for hire by Council, they are set so that they slow right down to walking speed
if there is a lot of foot traffic on pavement