you may have to bear with me a Tad

Yesterday that is Wednesday, Wodensday, midweek, way back in 2007, my little sweetheart grandaughter Rosie (some of you will know her and how we came as a pair most weekends for such a long while) was perusing either Moshie Monsters or suchlike on my internet connection, when she asked for a switch to look at dogs,

well this was a well trodden ritual, the dogs trust knew her by name, but this was a different one, she wanted to go to Battersea, To thier branch kennel at Brands Hatch, So off we went for the afternoon, stopping at dogs r us for sundries on the way

this was the day, we saw Tuppence worth of Black Dog for the first time, in the flesh like, rather than a look at that listing on the internet, proper fierce he was, giving it large with the sharpey teeth and untold barking that was far too much for the size of him

stuck right at the back of the kennel, jumping up and down, hooliganating

I showed you him Grandad, aint he a nice one, a small voice says,

well to make a short story long, couple hours later we had got aquaintened with the beast, soveriegns had changed hands and a week later the exceedingly dark coloured dog would be sat sitting on the back seat of the posh car and whizzing his way to life by the sea, though he had to suffer a visit to the vet first. got the no-ball prize he did

that is how, yesterday became his birthday (told yer you would have to bear with me) and he was 1 on that day

and as always on birthdays, thats a good excuse for to go fishing

So we were off, off to the Canal, the Canal at Aldergate lane out to West Hythe way on the Marsh, the Land of Big Skies 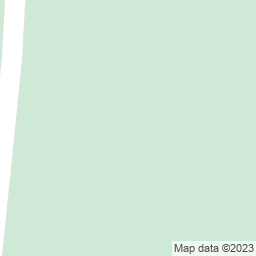 now this is a favoured fishing spot for both Himself and Me, being out in relative sticksville with no worry about cars or the suchlike, We dithered early doors, being in no great hurry to be on our way, presents were opened and mucho tugging and chasing of small toys and balls ensued with merriment from both participents showing openly,

eventually the Trusty "6 months to the tankfull" T4 was loaded and the engine thrummed into life, Journey pased well, still quite quiet on the roads more travelled, and no hold ups ensued, arriving at our destination inside of twenty minutes at a sensible pace (two speed cameras on the way)

it was strange to see that we would have the place to ourselves, as the only other sign of life was a family on the left of the bridge picnicing and a bivvy way down the far end of the stretch, What we were looking for was a peg with minimal margin weed in front of it, quite happy for it to be each side, but a lane to retrive a fish without to much of a struggle through the lillies would be nice

duly found and we were out the van, the Black Flash was unclipped and was off nose down on an adventure, and myself was left with the setting up on the chosen spot, by the time the box and the occutrements had been emplaced , A look was taken for the miscreant animal, gone ! he was gone, off down to full stop sized he was, bloody thing, I waved, then I waved and called, but no, the deaf when it pleases him not quite a black as he once was hound took no notice

cursing I laid the pole holdall on the ground and set out to seek him down, off on a doghunt, four hundred yard later, "The Good Dog" comes running up, smiling as to he is a crufts obidience champ, turn again michael, muttering about flying dogs and how arses got kicked

we made our way back to the peg and he only stands there demanding a Thirsty, Bloody thing, out with bowl and water and out with the topkits and rig boxes

I had already decided, just 3 kits, all with NG dark blue hollo in them, Canals quite deep here and going much lighter you can miss bites as to the stretchyness of the laccy on the strike-lift in

set up a top four to hand kit with a cane tipped NG finesse 0.5, shotted with a bulk and single dropper 2lb hooky to a size 18 silvefish maggot for the close in margin-edge of the shelf

another top four kit for down the track at 8 sections with NG MTC special chianti copy 0.8 , bulked and two droppers same hooks as above

and a Hillbilly Gazzunder 6 x 10 set shirt buttoned to fish up in the water armed with a 1.2lb hooky and a size 20

baits were white and bronze maggot, a few caster that had turned, and a pint of flouro pinkies with the back up of cawn and a couple slices of tesco toastie

fed a few gentles out to the front while setting up, and was soon ready for the off,

out went the top 4 to hand, it didnt even sink, a roach of an ounce or so hit it as it was going down, in and unhooked and repeat

first hour went past, only had to reset the rollers where a dog and a rope had decided to knit a jumper round the legs of the back one a couple times, still the fishing was alright though we hadnt had a barker yet, probably a pound or just over in the net

switched to the track line, feeding with a pole cup over the top, dozen mags every put out dribbled over the top, done reasonably well, slightly bigger fish, proper little plump things, nicely coloured, added around another 2 or 3lb in that hour

back to the too hand, this time right up against the lillies, this line on both sides produced perch and roach in about equal quantities, still nowt massive but regular fishing, nice, another couple pound

Tuppence gets up, Its Paul, the Baliff and Club Match Secretary arriving with his pup too, one of them exceedingly bad staffy type dogs,

so thats two fierce mutts together, both have met before, and so they met again, in that wondrous way of greeting dogs have, I wondered for a mo, wether paul would sniff my ass too ? conversation ensued while he took the time to eat his snap, and in passing the time yet another terrier dog and a club member join the party on the bank, all pleasant and convivial and half hour later we are out down the track again, by this time the sun had swung round behind me, just over my left shoulder and the angle of glint became cause for the polaroids to go on

now this was a mistake, because I came off the catching line, I had hooked a few palm sized skimbobs and had fed a bit heavier hoping to draw thier parents in, it had semi worked and my fish size had improved, fair few shall I swing ? ones were coming to hand, roach and bream, but I could now see bigger, proper stamp roach hitting the feed right up shallow, and that was that, in with the long kit and back out with the gazzunder shallow, set to fish through the top three feet of the water

baited with single maggot, at a top six length the rig was laid on the water, I could see the gentle floating down amongst the free offerings, while this worked, especially at the start and I hooked and landed a few barkers (dog barks when the landing net is used for some strange reason) including two well over the pound mark, I could see fish nosing my bait and going away, I switched bait to double pinkie which wasnt to bad, caster, single pinkie and then a punch of bread it didnt improve it much, double pinkie was the better of the choices

eventually packed up after around five hours with between 14 to 15lb in the net, which was pleasing to say the least, 2 nice roach and a mix of bits and pieces, a fair few in the 4 to 6 ounce mark from the UPTW ending and the skimmbibblybobs

will muse on this before the next visit, have an idea formulating

lost the dog on dismantaling the gear again,this time it was a crow he was after, they can fly you daft dog

Nice yarn Mick, I could picture it all, especially with the canal map at the beginning luring me in...... a closing picture of the net of fish and tuppence would have been nice....

emmaemma said:
Nice yarn Mick, I could picture it all, especially with the canal map at the beginning luring me in...... a closing picture of the net of fish and tuppence would have been nice....
Click to expand...

this is something I will have to work on, I managed to do pics on here using my camera but I didnt have that with me, only the phone and I still have to work out the tech to transfer pics from that to the pooter,

Lovely to read about your time on the bank Mick. Sounded like a cracking session.

Hope you get pics sorted, would be great to see where you fish.

mickthechippy said:
this is something I will have to work on, I managed to do pics on here using my camera but I didnt have that with me, only the phone and I still have to work out the tech to transfer pics from that to the pooter,
Click to expand...

To transfer pics, it's easiest to plug a USB cable from phone to PC and drag and drop...

Going back thereagain today to try a few different ideas out

but will have company, wonder if they can do piccies ?