Managed to use this reel today. 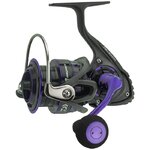 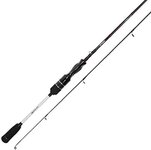 Wasn't impressed with how the braid was laying on the spool but i don't spool up reels with braid all that often so i reckon that's on me, soon sorted out by wetting the line on the spool and chucking a 2oz bomb as far out as i could a few times and retrieving.

Lure i was mainly using was a tiny Berkeley Pulse Spintail in 21g, and was hitting 35-40yds with relative ease which i thought was impressive.


Reel is absolutely smooth as butter, and solid too, absolutely no play in any part of the reel, one of the best feeling Daiwa reels i've used in a long time, better than a TDR even.
Speaking of a TDR, this reel could actually be used for feeder fishing It has a proper round plastic line clip much line the N'Zon LT feeder reels as seen below: 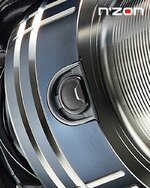 And the 3020 size is pretty much the same as a Daiwa 3012, nice shallow braid friendly spool too.


This reel is like a TDX but for predator anglers, and it's magsealed too.


If you're lucky you can still find one of these for around the £140 mark, well worth the money imo, one of the best recent spinning reels Daiwa has ever made.